USD85 Million complex for Buddhist events opened in Northern Vietnam last month. The structure, Cung Truc Lam (Bamboo Forest Palace), cost over VND200 billion to build, with funding covered by donations from organizations and the Buddhist laity, according to Thich Thanh Quyet, a monk serving as deputy chairman of the Buddhist Sangha’s executive council in Quang Ninh Province, where the complex is located. The complex is intended to be a place for worshipping Emperor Tran Nhan Tong, but it may also be adapted for various events such as prayer services, Buddhist lectures, and retreats, Quyet said. Tran Nhan Tong ruled Vietnam from 1278 to 1293—an epoch of peace and prosperity for the country. In his retirement from the throne in 1294, he was ordained a Buddhist monk and practiced the religion in modern-day Quang Ninh Province’s Yen Tu Mountain, where he established a monastery and taught multiple disciples. 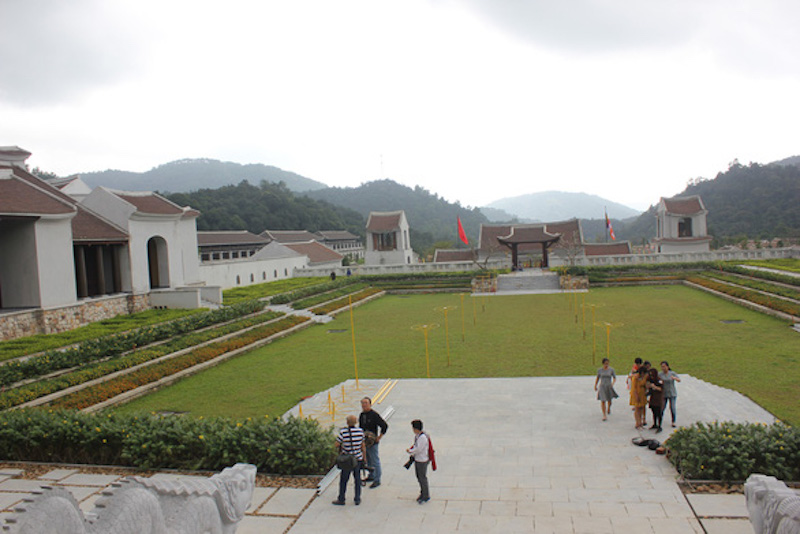 2.5 tons of animal innards were illegally carried on a bus. Authorities in central Vietnam confiscated over 2.5 metric tons of animal offal being unlawfully transported on a trans-national long-haul bus. The rancid organs were being stored in 37 polystyrene boxes on a Laotian bus intercepted while traveling through Thua Thien-Hue Province. Its driver, a Vietnamese national, was unable present purchase documents for the innards. A similar situation took place in early November when police found around two metric tons of foul pig and cow innards with no proof of origin in a van running along an expressway near the central metropolis of Da Nang. The sale of rotten internal organs masquerading as fresh products has recently prompted general concern about food safety in Vietnam.

12th of December is official recognized as “day of pho” in Vietnam. Day of Pho (also called Pho Day) is an event held by Tuoi Tre (Youth) newspaper in celebration of the iconic Vietnamese dish. Phan Ngan Son, deputy director of the National Office of Intellectual property, presented Tuoi Tre editor-in-chief Le The Chu with an exclusive authorization certificate of Day of Pho, officially marking the day as a national event. Before Tuoi Tre, Japan had pioneered the idea of honoring Vietnam’s national dish by holding its own Day of Pho on April 4 annually since 2017. 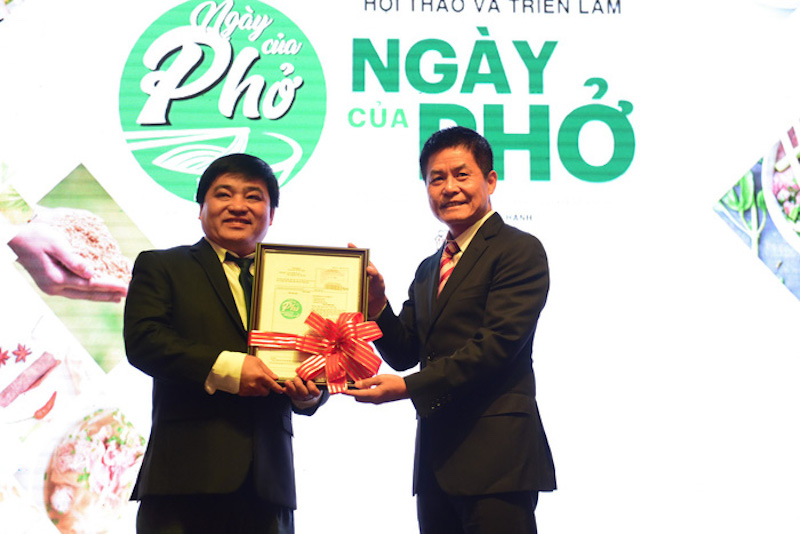 USD430 Million horse racing track to open 2021 in Hanoi. Construction has not started yet but it is planned to be built on a vast piece of land over 100 hectares, about the size of 140 football pitches, in Hanoi’s suburban district of Soc Son. Betting is allowed at the racecourse. Hanoitourist had sought permission to create the track for more than a decade. But not until early 2017 did the facility’s construction receive the green light from the government. The tourist company said that once completed, the racetrack would create employment for over 1,000 locals and even possibly for up to 10,000. The facility may help Hanoi draw a large number of tourists and make them stay in the capital for a longer time. 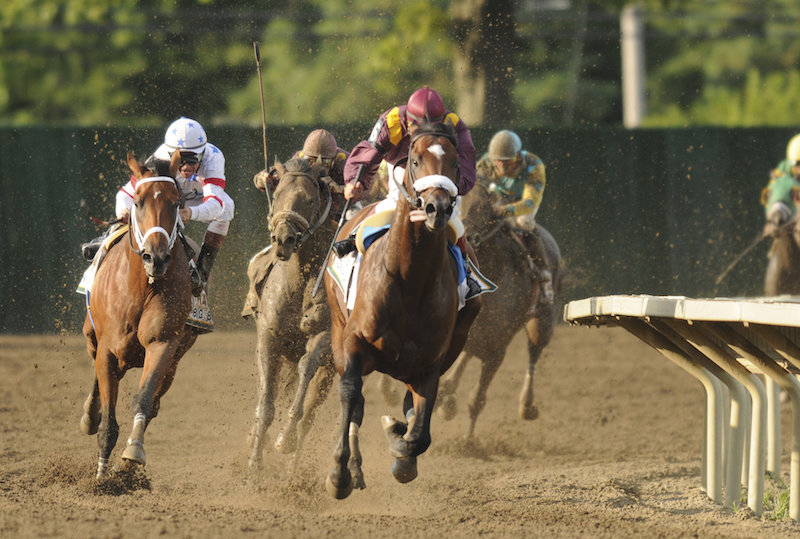 USD12 a month is how much Vietnamese millenials are spending on foods and drinks at convenience store, spending less than USD2 every time they shop, market researcher Kantar Worldpanel said in a recent report. Saigonese make eight to nine trips purchasing ready-to-drink beverages, ice cream and snacks for consumption away from home a month, which translates into a monthly expenditure of $11.2-11.6, or an average of USD1.40 worth of purchases per shopping time, according to the Kantar Worldpanel Out-of-home (OOH) panel. For OOH consumption in the three-month period ending November, almost all (98 percent) consumers in Ho Chi Minh City purchased non-alcoholic beverages, 60 percent bought nutritional drinks, 57 percent purchased sweet and savory snacks, and 37 percent spent money on light meals, according to the report. Tea made up around 50 percent of the total spending for beverages among females and student- aged consumers in the September-November period, whereas coffee was favored by male and senior buyers, accounting for 30 percent of their spending for drinks. This explains why tea and coffee shops were the most visited out-of-home places for drinks, occupying 45 percent of the channel choices, among Ho Chi Minh City-based consumers, especially the millennials. 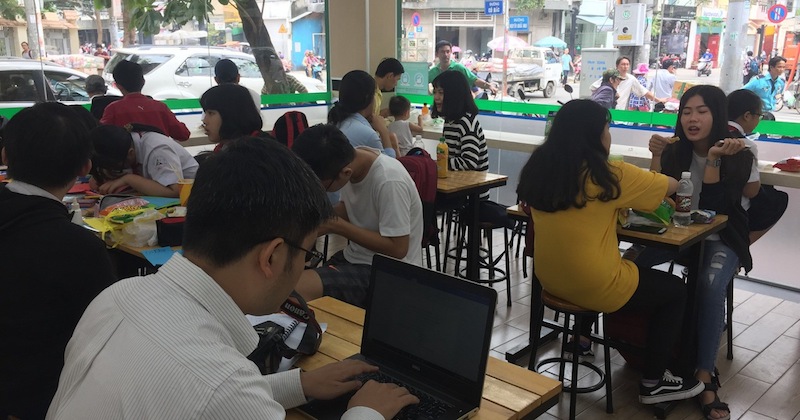 100 metric ton of illegal contraband from China has been seized last month. Vietnam’s Ministry of Public Security caught 24 people in the act of transferring contraband from trucks with foreign license plates onto Vietnamese trucks in the northern border province of Lang Son. The 100-ton haul of contraband, including a wide variety of goods from tobacco and automobile parts to household appliances, was worth several billion dong. Around 52,000 cases of illegal cross-border transportation of goods were booked in the first half of 2018 in Vietnam, whose areas contiguous to Cambodia in the southwest and to China in the north are smuggling hot spots. Topping the contraband list were cigarettes, tobacco, alcoholic drinks, candy, sugar and clothes. 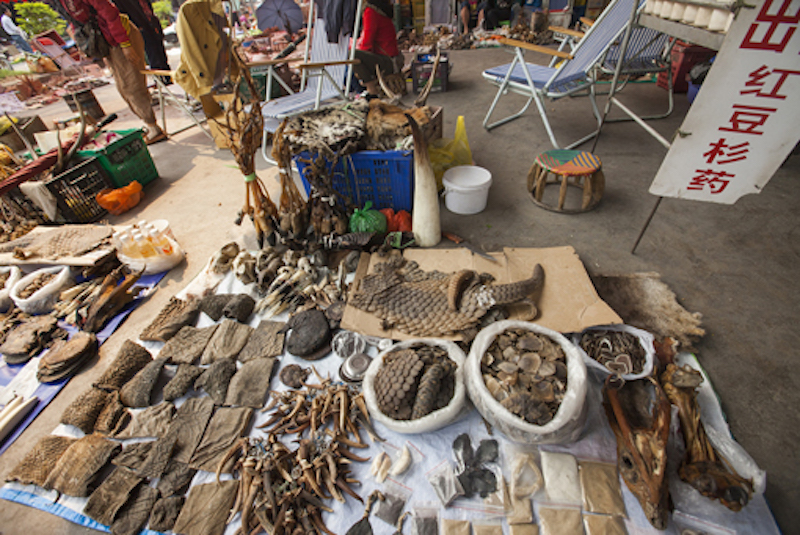 USD43 Million erminal expansion put into operation at Phu Quoc International Airport. The Airports Corporation of Vietnam had spent VND1 trillion on the expansion since September 2016 in a bid to help increase the capacity of the airport from 2.6 to four million passengers per year. Currently, Phu Quoc International Airport is serving nearly 60 flights a day by 17 domestic and international airlines, according to Vu The Phiet, ACV general director. Phiet complained that the number of passengers surged around 27-47 percent each year. The airport only served 685,000 passengers in 2013 but it has had to handle 3.4 million passengers, of which nearly 400,000 are international visitors, by 2018, exceeding the designed capacity. With this terminal expansion, it is expected that from three to five more airlines will open new routes to the airport this year. Upon the inauguration of the new terminal expansion, the ACV also organized a ceremony to welcome the 100 millionth passenger on a Vietnam Airlines flight from Noi Bai Internatinal Aiport in Hanoi to the airport, located on Phu Quoc – a paradise island. It is reported that the 99,999,999th passenger was Kawse Hiroyuki from Japan. 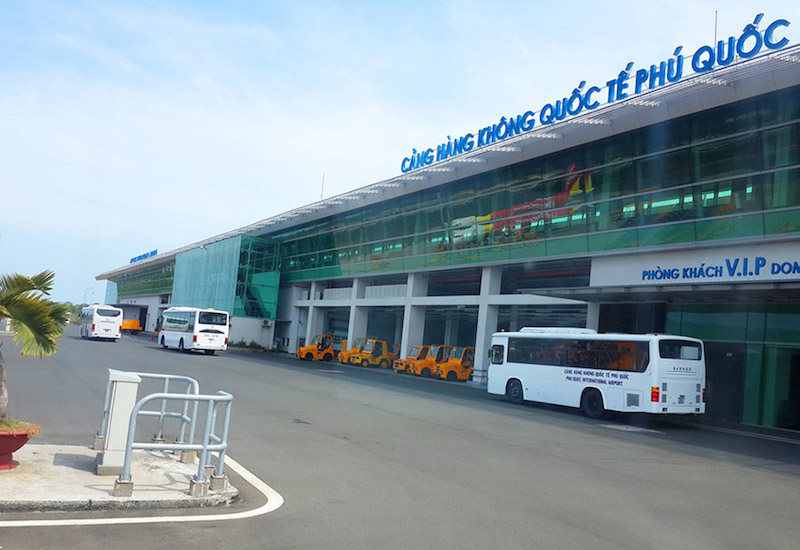