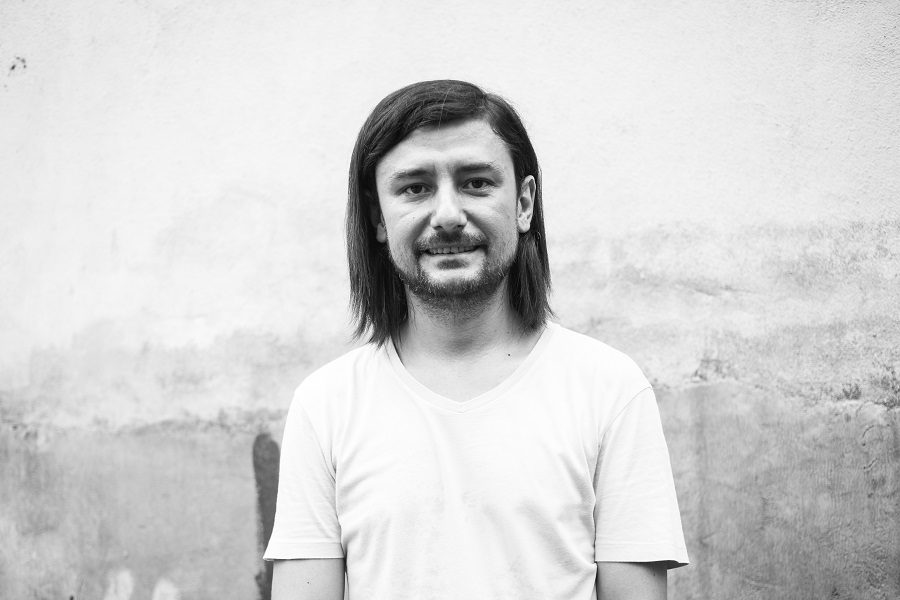 On Vietnam’s crazy roads, “If you can’t beat them, scare them”

There are times an idea so seemingly preposterous is aired that only the kindest among us do not smirk meanly into our coffees. If the advocate is a close friend or family member, we might offer some reserved, amused encouragement; however, on hearing about a foreigner building an electric car in his basement intended to rival the ubiquitous Saigon scooter, few would of us would pull out our wallet.

This is exactly the type of opposition that 40-year-old entrepreneur Doru Tudose faced in August 2017 when the DJ and bar owner first floated his current project—Vietnam’s first ever electric car. However, “Quanta” is now attracting growing attention from a diverse community of investors that have pledged close to USD4,000 through his gofundme page.

Tudose says: “One of the original triggers for Quanta was hearing about a model of scooter that costs USD15,000— the Honda SH 300. I just thought that was a ridiculous price for a scooter and started wondering whether you could build a small car for the same amount of money, and whether that car could be electric.

“In Ho Chi Minh City people are either on scooters—which are dangerous and offer no weather protection at all—or in these enormous 4×4’s that usually only have two people in, clog up the roads and the air and are also actually really poorly built. I just thought that there must be a much better solution.”

Having designed and overseen the construction of his own bar, Bootleg DJ Cafe on Le Thanh Ton in 2011, Tudose was no stranger to a complex build project. A long time car enthusiast, he also had a good idea where to start. Taking a classic v12 engine as his starting point, the entrepreneur considered the parts he might need, and how they might be replaced by electric alternatives.

This led him to thinking about a long board (or big skateboard for the uninitiated) which he imagined attaching a supersized battery-pack to. To assess whether of not this was a viable idea, he posted an ad on Freelancer.com for a design team. Much to his surprise, Tudose was inundated with responses—and found a team based in India within days.

He says: “There is so much innovation going on in India right now around transport and energy that I wasn’t surprised to find people interested in this idea. We started hashing out some blueprints pretty quickly and I was actually really pleased that the parts I had thought I would need—as well as the battery idea—were largely correct.”

The entrepreneur has put a staggering amount of time, effort and money into Quanta, surmounting numerous obstacles. These include sourcing parts, which he says can be a frustrating mime act with local mechanics and—most recently—completing the frame for his prototype. Arguably, though, the most difficult part has been the barrage of objections raised by many, many doubters.

“I get a lot of questions from people about whether this could ever really be popular in Vietnam, where people love their motorbikes and then go for the biggest car they can find when they make some money. But I’ve actually had really positive feedback from Vietnamese friends I have shared the design with, as well as from my Vietnamese wife. Most, in fact, want to know when they can buy one.” 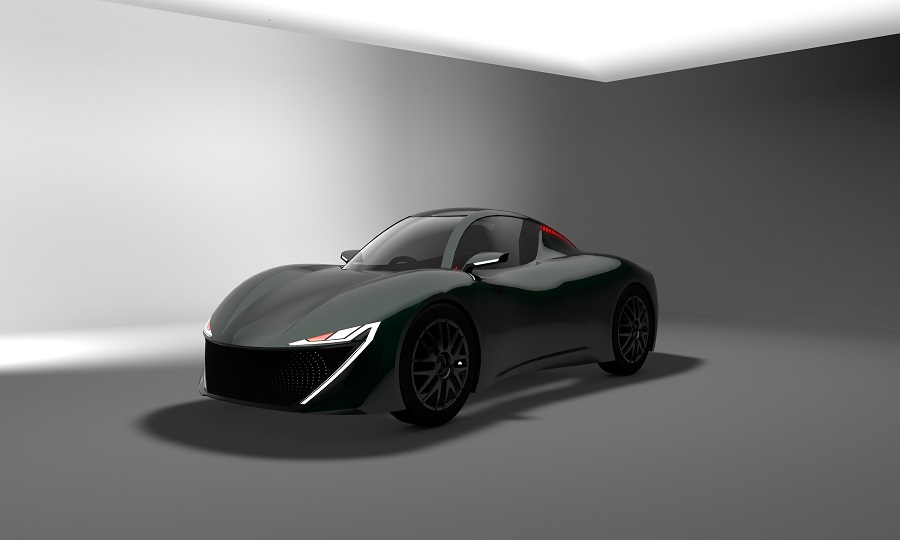 The design is, to most tastes, highly attractive. Quirky and esoteric, the Quanta is a two person vehicle (driver and rear passenger) that looks something akin to a classic Aston Martin crossed with a Bugatti Veyron. Sleek, smooth and sharp with an Italian/Japanese feel, Tudose wants the car to appeal to Vietnam’s fashion conscious youth, and so has spent considerable time on its look.

This is important because, as a small electric vehicle, the car is anything but fast—capable of 80 kilometres an hour at a push, which is also about as far as it can go between charges. It’s tagline: “If you can’t beat them, scare them” hints at this, while speaking to the devilish look of the headlights and front grill that would attract more than the odd interested glance at any stop light.

In terms of its carbon footprint, the entrepreneur says the Quanta will have around 75 percent of the impact on the environment that a Toyota Innova (the most popular gas guzzler in Vietnam) has, while also being far more pleasurable, efficient and economic to drive. 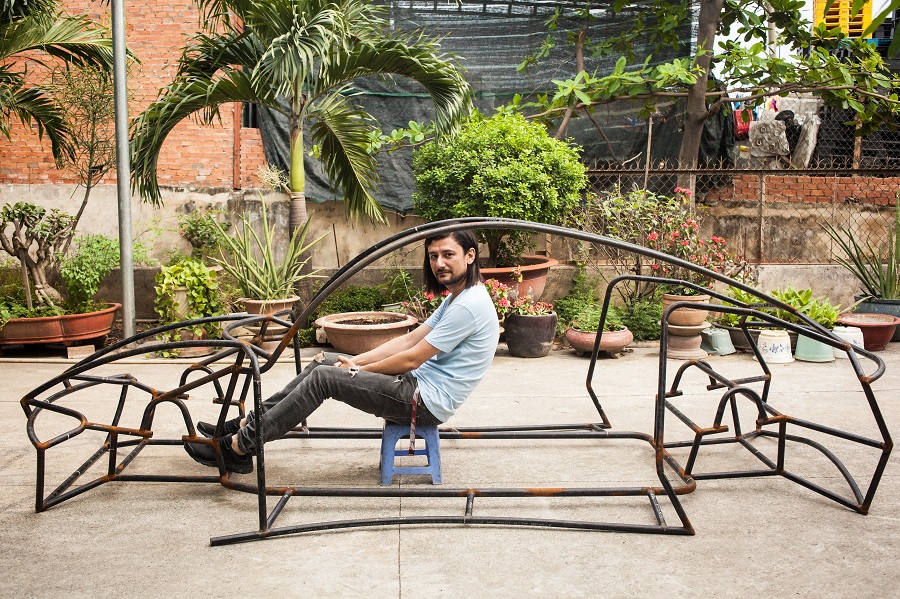 Fake It Till You Make It

With the frame now built, the aspiring designer is hoping to raise a further USD6,000 through his gofundme to complete the prototype, which he hopes will be in the testing phase within four months and ready to pitch for further investment by the end of the year. As an initial marketing strategy he plans to give away up to 20 models to key influencers across the country— handpicked from a growing entourage of social media and TV stars.

Of course, the biggest hurdle—bigger even than finding the investment to produce 20 cars to give away to a gaggle of bright young things—is yet to come: convincing the Vietnamese authorities to allow him to put the car on the road. However, much like the prototype, Tudose is of the mind that it is better to cross such bridges when you come to them. 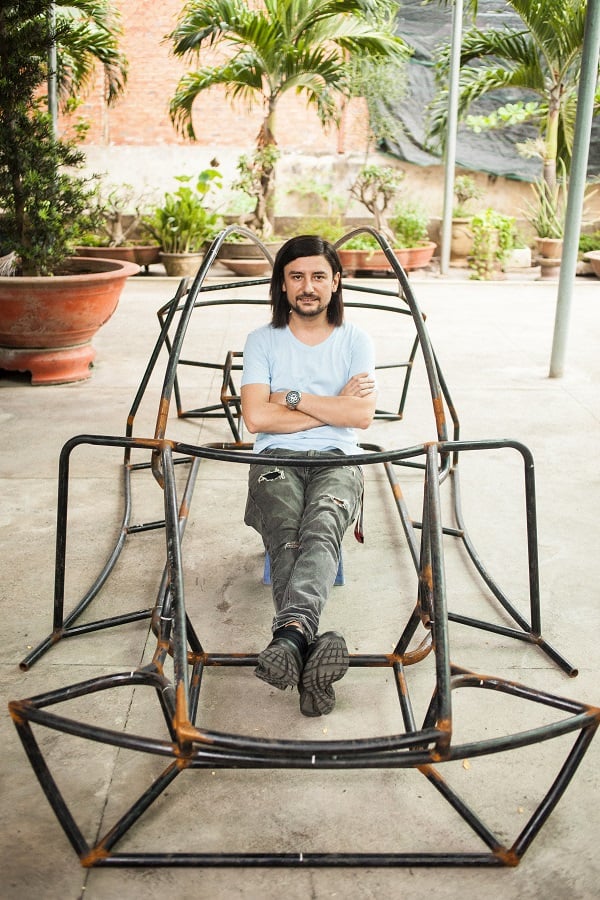 “If I had tried to solve every possible problem before I began, I would never have started this project. Often you just have to do it and trust it will work out. If it doesn’t—ok—I’ve got an amazing little car to play with. But I’m actually confident that this is going to be popular. I really think the demand is there among young Vietnamese. This is a sexy, safe and affordable mode of transport that is perfect for Asian roads.”

Whether the plucky entrepreneur is correct in his assessment of Quanta’s potential market remains to be seen. His passion and dedication are, however, infectious and lead one to suspect he might just be right. This summer, we’ll be keeping our eyes peeled on the road.

To find out more about Quanta, and/or to help build Vietnam’s first-ever electric car, see Doru’s gofundme page: “Help me to build my dream car.”