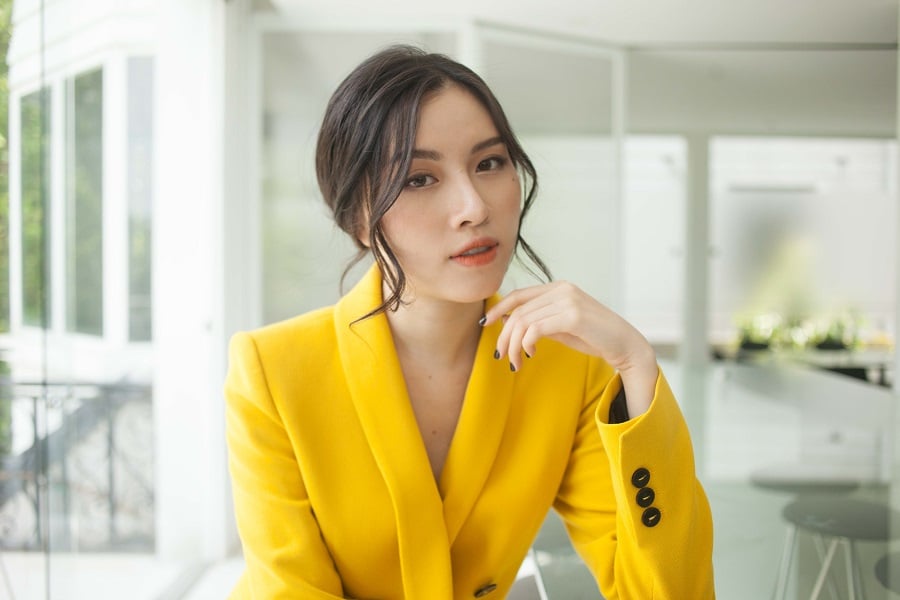 In conversation with Thanh Thanh Huyen, a DJ, a model, a musician and Vietnam’s sought-after master of ceremonies

Hosting the country’s most glamorous international fashion event would be a big deal for any MC, but to stand in front of that kind of audience before you’ve even graduated from university is something quite remarkable.

It would seem, however, that the distinction of her role hasn’t struck Vietnam International Fashion Week’s longest-standing female host and English-language presenter Thanh Thanh Huyen as being in any way out of order. An ultra-confident early bloomer who has been in the public eye since she was 11 years old, Huyen has already cycled through a range of performance careers—she’s been a radio host, a DJ, a professional model, a beauty pageant contestant, and is a talented traditional musician—before focusing on becoming one of Vietnam’s most visible fashion event MCs.

“The first time I was the MC for a big event—and they even forced me to speak in English—I was grade 10, which is about 16 years old,” remembers Huyen. “I looked older than my age, so I told them I was 20.” The ruse worked, and after three days of frantic preparation going over the beats she’d need to pull off in a language she could barely speak at the time, the event went off without a hitch—immediately putting her on the map as one of Nha Trang’s only Englishcapable MCs.

She was already a recognizable face in her hometown by that stage— presenting a television series teaching kids to sing while she was still a child herself, she had gone on to host a teenage magazine program as she blossomed as a presenter, before fronting travel shows to promote Vietnam’s coastal destinations. By the time she scored her first MC role, however, she had already mapped out her next big steps.

The first was to compete in Miss Universe Vietnam—it cost all of her savings thus far to prepare for the event, and she placed in the top 15. It was an entirely positive experience for the young performer, gifting her with a sense of confidence she’s since been able to apply to bigger things.

The second was to be the host of a big Vietnamese entertainment show, a dream that seemed to inevitably entail switching universities so she could base herself in Ho Chi Minh City. It was here that she started to develop an interest in presenting for fashion showcases.

“I tried a lot, and after moving to Saigon, I had the connections,” says Huyen. I went to some fashion events, and realized I wished I could be there as a part of the show, to introduce it and tell people about the designers’ ideas, to help people understand more about fashion.”

Huyen immediately began to petition the organizers of Vietnam’s biggest fashion event to be considered for the number one MC role alongside veteran presenter Tung Leo—and through sheer persistence (and her by-then fluency in English) she beat out other more established MCs for the job—and has managed to hold her seat over three seasons. 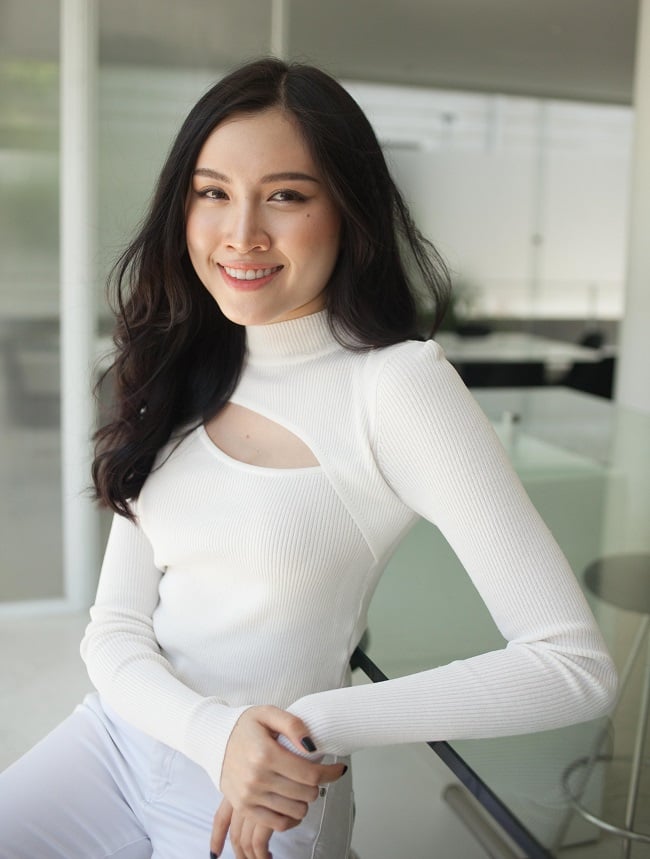 A Voice for Fashion
Having successfully pursued the Fashion Week MC spot, Huyen found herself in a front-seat role that entailed some distance between her and the other cast and crew, which has given her a unique perspective of the event and how it has developed over the seasons in which she’s been involved.

“It’s growing,” she observes, “I think more international fashion designers are getting involved, and they’re legends. That gives the Vietnamese designers more of a chance to learn from them.”

To Huyen, the designs are what necessarily drive the show. “Fashion is still something very new to Vietnamese people,” she says. “They don’t have a clear concept of it. So at the events, they focus on the models and the performance. Actually they have to focus on the designs, right? So everybody asks me now, does Fashion Week have anything new? I always tell them, hatever’s ‘new’ comes from the designers, the creators. Not from the show. Not the performance. Not the dance.”

She has also been well-placed to gain some perspective on which aspects of the fashion industry Vietnamese designers still have some ground to cover.

“I think that Vietnamese designers have creative designs, they have a lot of ideas, but not every designer has access to the best materials,” she says. “We also have a lot to learn about garment techniques from international designers. Lie Sang Bong from Korea and Kit Woo from Malaysia did well this season, every design in their collections looked totally different. There’s a lot for our designers to be inspired by.”

To be consistent, Huyen also views her own role as necessarily secondary to the designs that should take center-stage. “I want to be a design that can speak,” she quips. “I don’t really notice the models, I only care about whether they can show off the designs or not.”

“There’s a high demand for the MC,” she adds, “not just in terms of the English, the coordination on stage, but also the image. The MC needs to have a look that is itself trendy and modern. Vietnamese people prefer gentle looks, cute like a beauty queen. So I tried to start out like that, and I got more confident the second time. But in this last season, I wanted to explore myself, and try something really new. At first I tried different styles on the stage, and then I found something really suitable for me. Even after I finished the makeup, I stood in front of my assistant and he couldn’t recognize me. Not many shows in Vietnam allow the host to dress like that.”

Different Versions
While Thanh Thanh Huyen’s career has already covered more ground than most artists might look at in the span of a lifetime, Huyen has firmly settled on the MC path for the time being—while her other creative pursuits have allowed her various degrees of self-expression, nothing but the immediacy and dignity of the role of “Master of Ceremonies” gives her quite the vehicle for her trademark wit, presence of mind and rapid-fire comebacks.

For all that, her own inspiration remains firmly at home. “My parents love art,” she says brightly, recognizing their unwavering support for her creative exploration, even when least expected.

“When I wanted to be a DJ, I didn’t dare tell my parents. They’re really traditional in their thinking, but they love everything about the arts. So I just decided to take my mother to the Sailing Club, and when she saw the DJ on stage she turned around and said ‘I think you’re good at art, you could do that too, why don’t you try?’ I was so happy that I asked her to lend me the USD1000 study fee then and there, and she did!”

“Learning traditional music was like that too. We were watching TV, there was a girl playing the zither, and I told my mom, ‘she’s so beautiful and I love the sound of that instrument’, and she immediately said ‘I’ll take you to learn it’.”

Huyen studied the traditional Vietnamese 16-chord zither for nine years, and continued playing even alongside her DJ gigs. She most likely couldn’t have sat still for long enough to keep it up otherwise. “Traditional music makes me too slow and gentle,” she sighs. “I feel like I have more versions of myself. That’s why I decided to be an MC.”