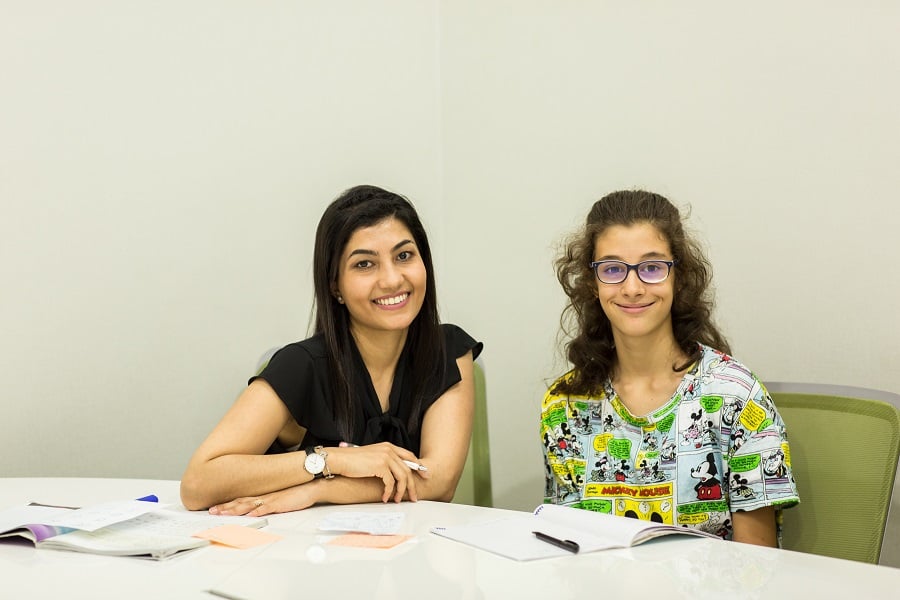 While Vietnam’s second language acquisition is largely fixated on English fluency, evidenced by the boom of English language centers in cities throughout the nation, Mandarin is a language with some high-profile students, from the children of Amazon founder Jeff Bezos, Facebook CEO Mark Zuckerberg, Ivanka Trump and Jared Kushner and even royals like Prince William and Kate Middleton. The official language of China, Mandarin is spoken by approximately one in five people in the world, meaning the language is and will continue to be essential for global business and communication.

In Ho Chi Minh City, a passionate and dedicated Mandarin teacher named Hilolbegim Rahmanova (www.facebook.com/hcmcchineseschool) lives amongst the thousands of English language centers and classes. Hilolbegim, who goes by Hilol, is a native of Tajikistan. However, at the age of nine her parents moved to China to ensure that she and her sister would receive a better education, and they did, but not without some challenges. Because she didn’t speak Mandarin officials from the school made her start from the beginning, placing nine-year-old Hilol in the first grade. As she recalls, “It was quite hard. The first semester was really hard because I couldn’t understand anything and it was a very typical Chinese school, like with 60 students in one class and the teachers were very strict, but then I got used to the atmosphere and the conditions and I grew up with the Chinese.”

Immersed in the language and culture, Hilol quickly became fluent in Mandarin, and while staying in China for university and pursuing her MBA in Macau, she eventually fell into teaching it, working as a volunteer to teach children. Following university and matrimony, she and her husband were considering their next move when one was revealed to her. “After I got married, me and my husband decided maybe we needed to go somewhere, but somewhere close to China, and I had a friend who recommended Vietnam,” she explains. “I was like, ‘I don’t know this country at all.’ But we came and from there we stayed and it just happened organically.” That was four years ago.

After they settled in Saigon, Hilol began looking for employment opportunities, but the opportunity didn’t come in the business industry as she had expected. “My friend, when I came here asked me, do you want to teach my friend’s kids English, and because I was new and didn’t have a job here I said ok.” She took the job and as she went on to describe, it went very well, leading them to ultimately switch from learning English to Mandarin.

Even through the successes, however, Hilol wasn’t convinced that teaching was for her. She even contemplated giving up, but “I could see how much they grew with me. I could see their change and that made me really happy. They inspired and encouraged me to keep going.”

What started as a side gig blossomed into a full-time profession with over a hundred students mainly in districts 2 and 7, with students as young as two and as old as 50 from upwards of 20 different nationalities. Therefore, she works diligently to cater to each of their needs. “Whatever they want. Some students ask me to teach business Chinese. Some ask me to teach the type of language needed for traveling and tourism. Some ask for something even more specific, like helping them with the words needed to deliver a eulogy in Chinese, so I teach kind of everything. Language is a very important tool. Almost everything we want to express, only language can help us, so if we know that language very well, we can make a lot of contributions and change, so it’s very, very important.”

Hilol says that speaking and grammar usage are relatively easy, but that writing Chinese, with the volume of characters and the multitude of meanings they may possess depending on the context, is the more challenging part. It also depends on the age and ability of the students. “Some of the students just need to learn speaking, so we focus on speaking, but if they’re more interested in reading and writing, then we’re going to do that. One method is not suitable for everyone. I adapt to the needs of each student.