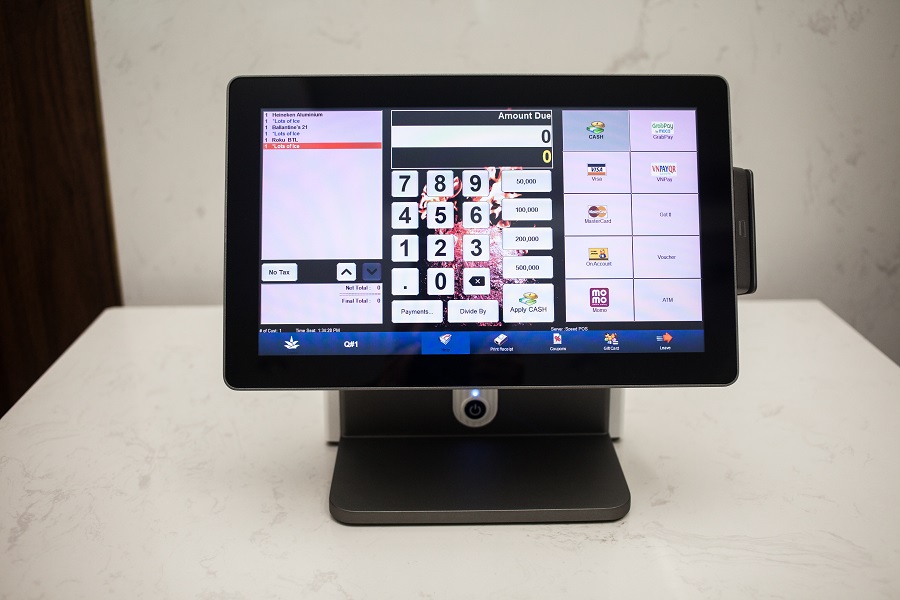 The Speed to Success

What is a POS system and how can it contribute to the success of your retail business?

Vietnam is a burgeoning market with all sorts of new opportunities. One aspect often overlooked is not what consumers buy, but how they buy it. That’s where Speed POS is helping businesses gain a competitive advantage.

When searching for the term “POS”, point of sale technology is not among the top search results. Lower down the page; however, one can see how important POS technology is to retailers worldwide. In Vietnam, retail sales climbed 11.7% from 2017 to 2018, reaching USD191 billion, and 2019 is already on pace to end the year at well over a 12% increase on that. Couple this with a growing diversity in the methods used to facilitate sales, from cash to cards to apps, and one can see how crucial the point of sale is to the transaction. That’s where Luan Khanh, Director of Speed POS, is using his knowledge as a computer scientist to ease both customers and employees in this exchange. Luan Khanh spent seven years working for a financial services company, watching as technologies developed and markets grew, yet in many regards these two entities weren’t always functioning together. As Khanh explained, “At that time you could see the industry grow, but most retail businesses were still using old cash registers.”

So Khanh did something about it. He branched off, starting Speed POS in 2007, mainly working at that time with financial services and insurance companies to create the most modern, convenient methods for expediting sales. “We started with the software, however, over time we found that when people bought different types of hardware there could be compatibility issues. The hardware might not be strong or stable enough to provide adequate security. After that we got the idea to create the hardware to suit the software and bundle them together.” 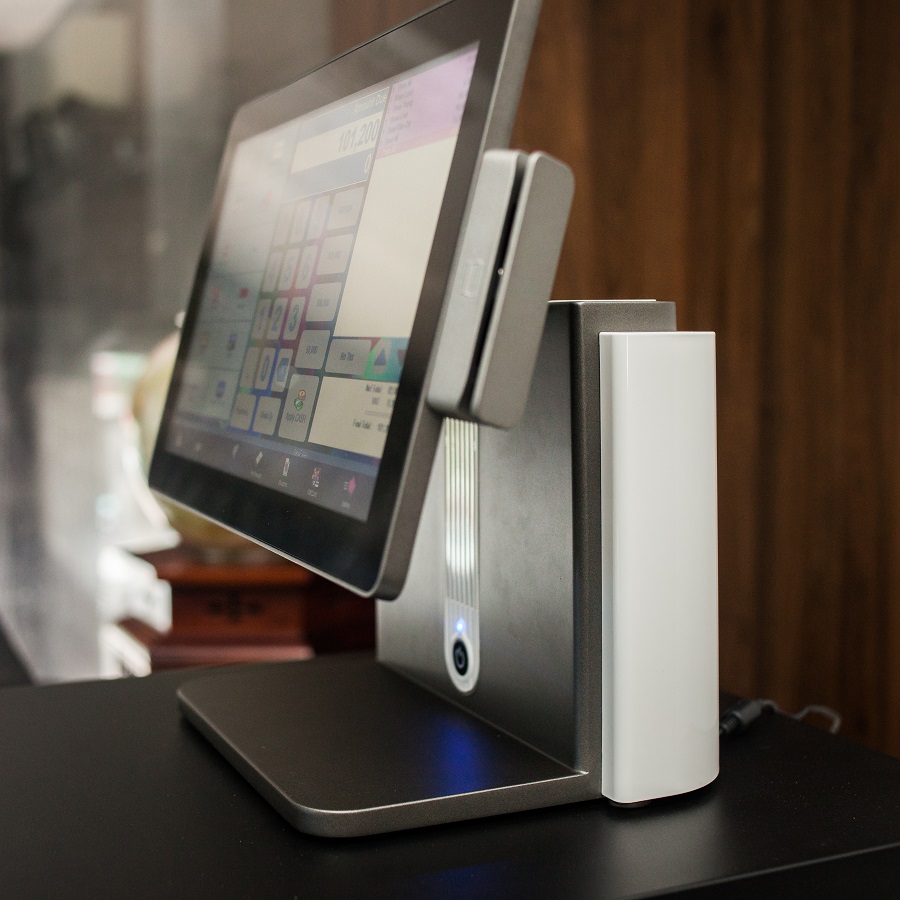 Therefore, Speed POS searched for the best hardware manufacturers, finding suitable partners in Korea, Taiwan and China. From there, they marketed the products together as a solution for retailers, with software that can enable a multitude of ways to pay, from electronic payment apps like MoMo to the more traditional methods like credit cards or cash. Whereas on the hardware side they developed various interfaces, such as kiosks, terminals, tablets and more, with an emphasis not only on ease of sale, but on having all financial transactions being secure.

With their bundles doing things like improving order accuracy and customer convenience, over the last decade Speed POS has carved out their niche. According to Khanh, “We now have three major markets. The first is food and beverage. The second is retail, from fashion and supermarkets to convenience stores. The third market we have is for hotels. We’ve had the most success in the food and beverage market.”

Why the food service industry? Well, for one there are simply a lot more sales transactions in this industry, and each one of those requires a modern interface to accommodate an increasingly tech savvy public. Additionally, with close to 20% year-on-year growth and annual sales for 2019 projected to top the USD200 million-dollar mark in the Vietnamese food service industry, this POS technology and this market were a natural pairing.

As a diner or a server, what does engagement with this POS technology look like? Well, if you go to a fast food restaurant, the first thing you may see is an employee behind a counter with a line of people in front of them. Rather than wait, a patron can skip that line and instead order from one of Speed POS’s interactive kiosks, saving time. Yet a sit-down restaurant has different requirements, and that’s why Speed POS has developed a line of terminals and tablets where servers can place orders that are immediately received by cashiers and the kitchen staff to process. They’ve even created apps for not only servers, but for customers as well, making the point of sale as expedient as possible. As Khanh adds, “Sometimes customers want to place a mobile order, so we also have a different interface to match with the mobile phone or iPad order.” 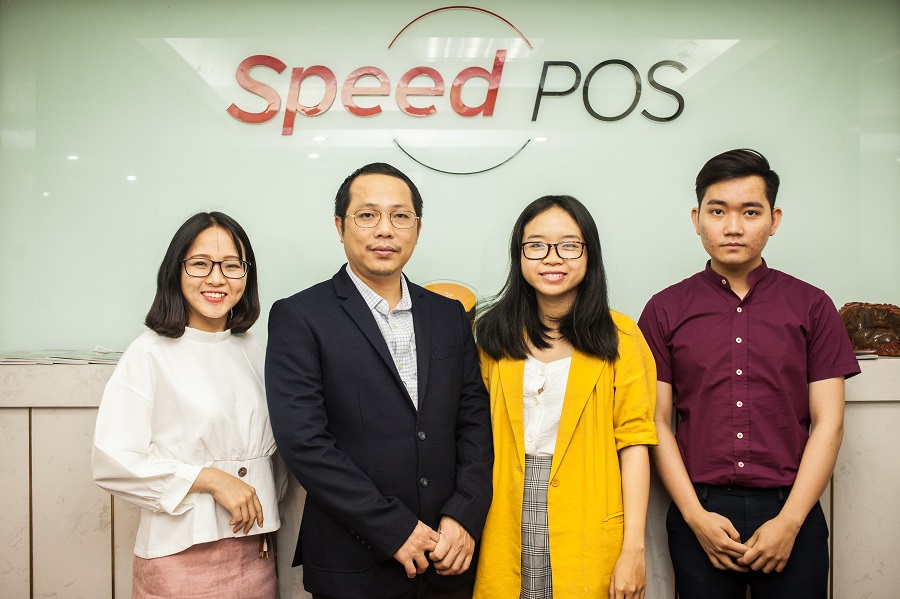 What if you own a small restaurant and your profit margins are low? While this POS technology might help to increase those margins, but at what cost? A reasonable one according to Khanh, “We have a simple line called standard POS with enough features and stability for the average restaurant, and that starts at VND26 million. After that we have more advanced POS lines like our new model, the S240, which is very reliable, and it starts at VND35 million.”

Price depends on the needs of the business. A larger seating area might require more tablets. If there’s a bar in the restaurant it would require a terminal for the bartender. Therefore, each business requires different solutions, which is why Speed POS not only provides the software and hardware bundle, but also takes the time to implement the technology, train the staff and maintain the equipment. They have regular training sessions for new technology or new employees, making sure everyone understands the interfaces clearly so that it does what it’s intended to do—ease the point of sale. Additionally, to make it easier Speed POS uploads all of their client’s information for them, like the menu and payment options. There are even accounting, inventory applications and more.

Nevertheless, there’s one more service provider to consider in regard to the point of sale: the banks. Typically, banks apply a charge for each transaction, which can be costly for small businesses. Speed POS recognized this potential impediment and met it head on. As Khanh recalls, “We’ve negotiated with banks to charge only a onetime fee of USD35 on those who use our technology, enabling a more profitable relationship between them and the service providers we work with, eliminating fees for each transaction.”

Speed POS technology is building a global imprint in a multitude of industries and markets in different languages, though currently their stronghold remains the domestic market. As just a few examples, Speed POS technology is used in 55 Phuc Long coffee shop locations, international fast food franchise such as Subway, and numerous local restaurants and bars, such as TNT BBQ and Quan Ut Ut American BBQ Brewing Company. They’re also in hotels, theme parks and more. So if you’re part of business operations, small or large, and are looking for benefits such as increased ordering speed and accuracy, decreased waste, improved sales and decision making, better customer interaction, inventory and labor management, third party integration and more, you’ll definitely want to reach out to Speed POS to see what solutions they could provide for your business.

1 thought on “The Speed to Success”