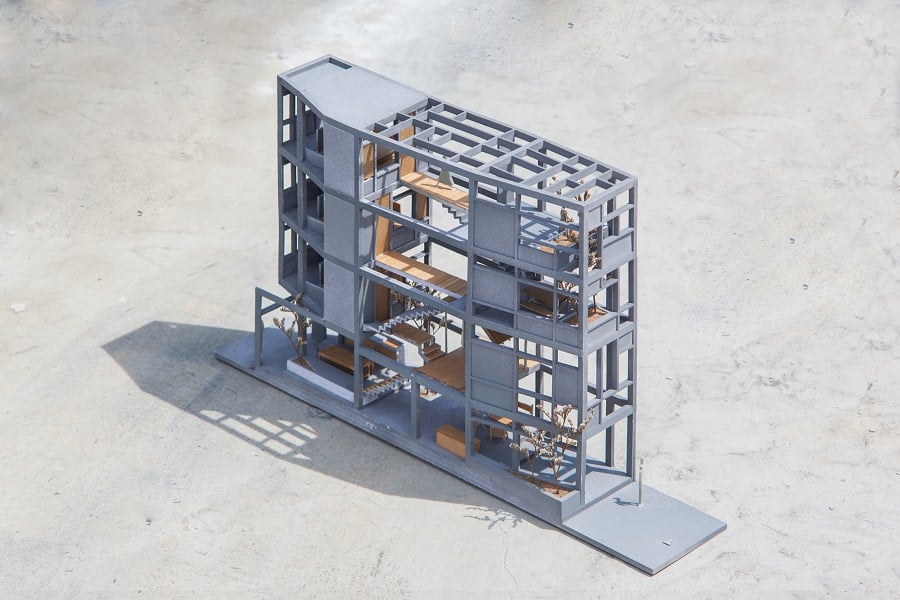 Cross ventilation, natural sunlight and community development are some of the building blocks that make this architect couple the ones to watch

Choosing the path less traveled often proves to be the more difficult journey, but that scarcely used track is often the more enriching path, leading to innovation, and it’s there where Phan Lam Nhat Nam and Tran Cam Linh, the brains behind K59 Atelier (k59atelier.com), can be found. 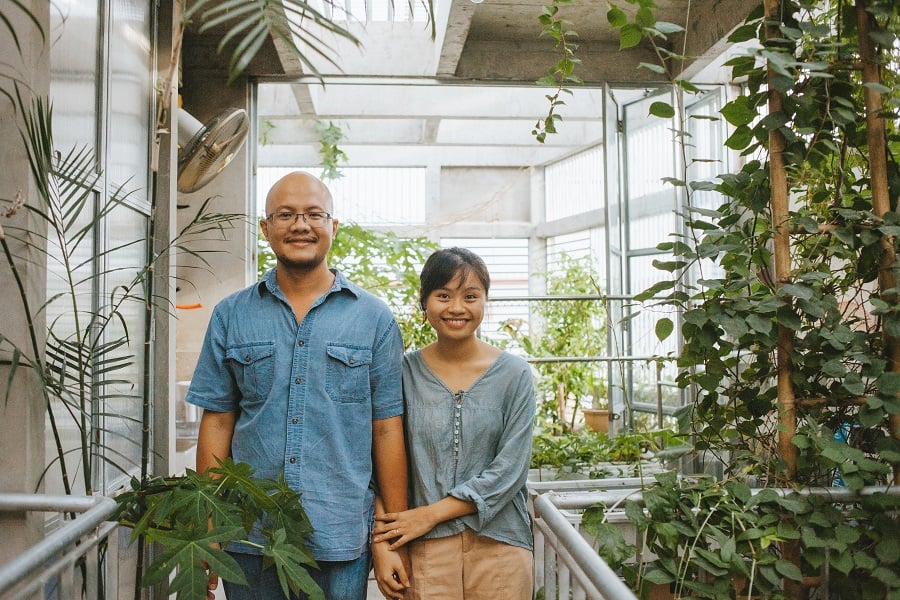 When Nam went into the field of architecture it was with avid optimism. He wanted to build on his expertise in order to make a positive impact on his community. However, the reality never met his expectations. “When we studied, we studied architecture, but we did not study about basic human needs,” he explained. “Then after I graduated and started to work I felt like I needed something more, something innovative. A building cannot just be beautiful, but it has a duty to the occupants, so I went to Belgium to learn more about human needs. Then I went to Ecuador to work with endangered communities due to climate change. After that my mind changed a lot about what I can do for my community.” 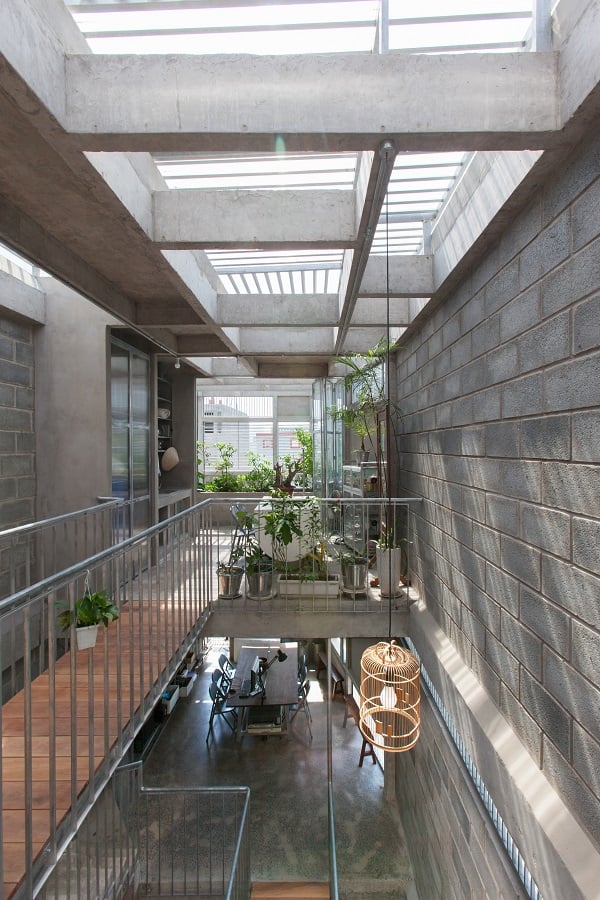 Following these international experiences Nam reclaimed his sanguinity, however, it wasn’t long before he encountered more obstacles. For instance, he noticed that a group of orphaned and underprivileged children living in the Mekong Delta weren’t receiving an education, so Nam designed a structure to solve this—a floating school. Unfortunately, due to a lack of community and government support it didn’t go anywhere, namely because most of these children were migrants from Cambodia. “They have no birth certificate so they cannot go to school. So they’re just floating in the Mekong Delta, in places like Long Xuyen, Chau Doc, along many rivers. They live on the boats and cannot go to school, so we tried to help them to go to school but failed.” 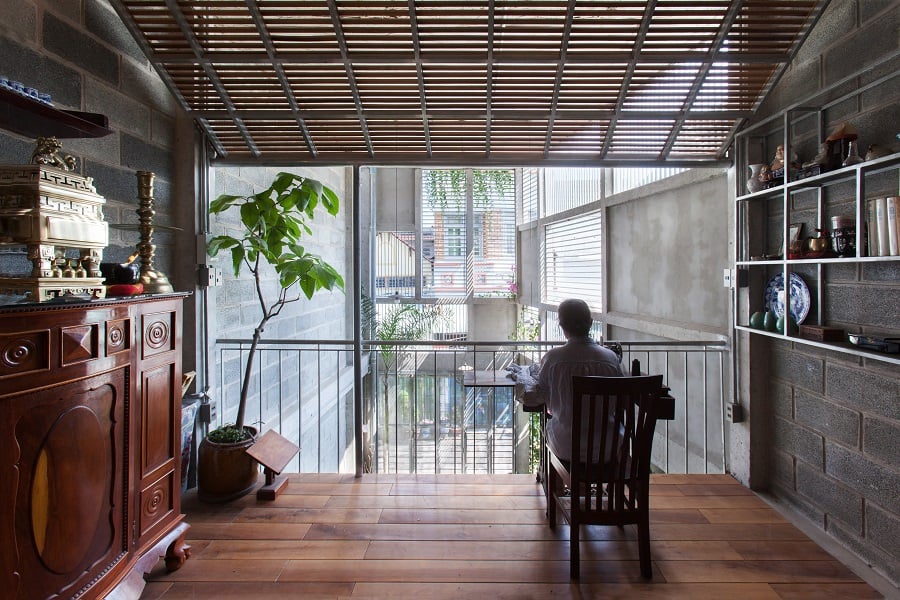 Still Nam pushed on. He drafted a design of steel houses on tiers that could rise and lower depending on the water levels for families who lived in regions prone to flooding, but again he faced rejection because they wanted fixed structures on the ground, structures that would inevitably flood. This disconnect was a tipping point, driving Nam to a dark place. He felt lost. The confidence in his vision had evaporated.

As fate would have it, at Nam’s lowest he met Linh, also an architect. It was Linh, his future wife and design partner, who encouraged him, reassuring him that he was doing things the right way and to just keep doing it. Linh’s love and encouragement brought new inspiration and the impetus for their studio, K59 Atelier. Nam realigned his drive, “We can do something for the community, but it’s not a straight way, it’s a circle way.” 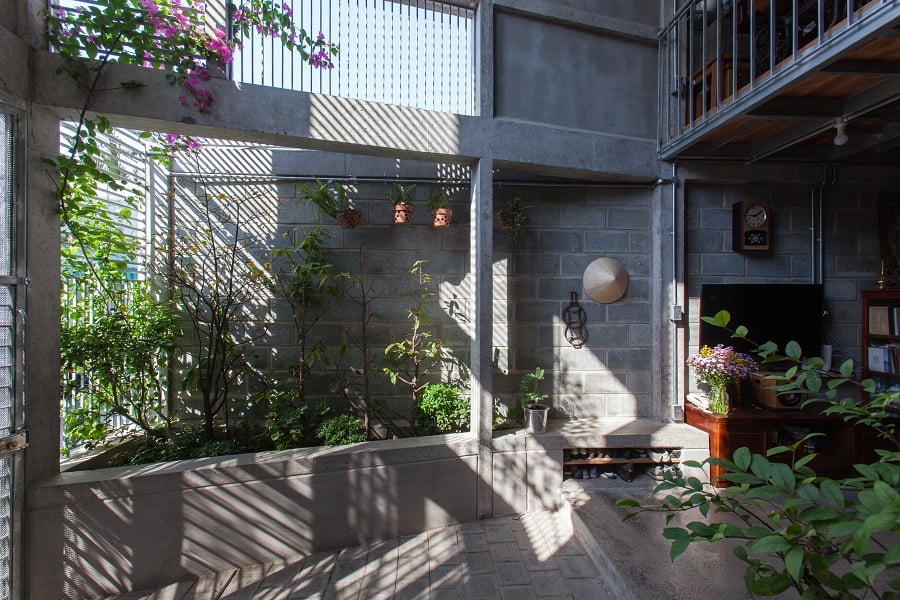 Nam and Linh, together as K59 Atelier, have gone on to design a number of homes, from the traditional 4 x 16 meter plots in Saigon to larger spaces in the suburban districts. They’ve continued to look at solutions for the impoverished as well, specifically those living in slums. But what makes their designs unique? For one, their use of natural light to improve the ambiance of the interior. For another, they work within the community to educate locals that with the right ventilation natural light doesn’t have to mean living in a hot house. An additional focus is on keeping living areas open and airy, creating interior coolness using cross-ventilation rather than the unnatural, air polluting air conditioners most of us rely on.

How did they settle on the open concept conclusion? “We think about the daily lives of people. In Vietnam people live in the kitchen, the dining room, in the living room, so how can we connect all of these spaces together?” he explained. “We try to maximize openness to the surroundings and for people to easily feel comfortable when they go inside the house. So we divide the house into two parts. One part is the closed part, which are the bedrooms, and the living areas while the areas of movement are left open, connected within a single section.” 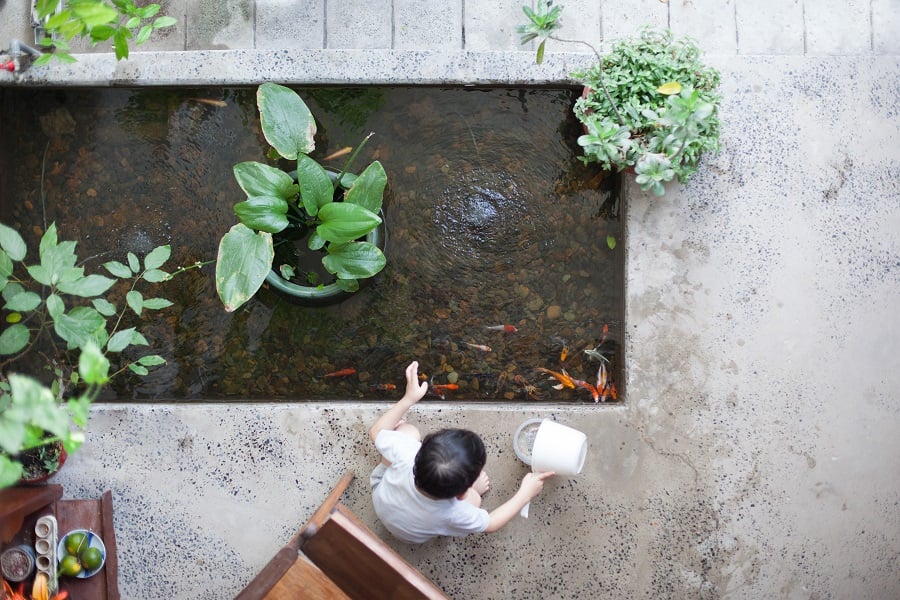 Nam and Linh wants people to embrace the sun. They show them how an open plan home allows in light but remains breezy and cool. “They close the windows and don’t even know if it is raining or sunny outside. So we often think, how can we get them to change their minds from closed off rooms to something open? So we just provide awareness that you don’t have to use air conditioners all the time. Having the wind in a cross-ventilation system can make your life a bit better.”

The evidence provided is their own home and office space in District 7, which they designed. “If you have a client who wants to live like this the best place to take them is to your home. When I bring my clients home they often say, ‘oh, I want to live like this’,” Nam added. Their house is an open concept, filled with natural light and plants, both airy and cool; no need for air conditioning. 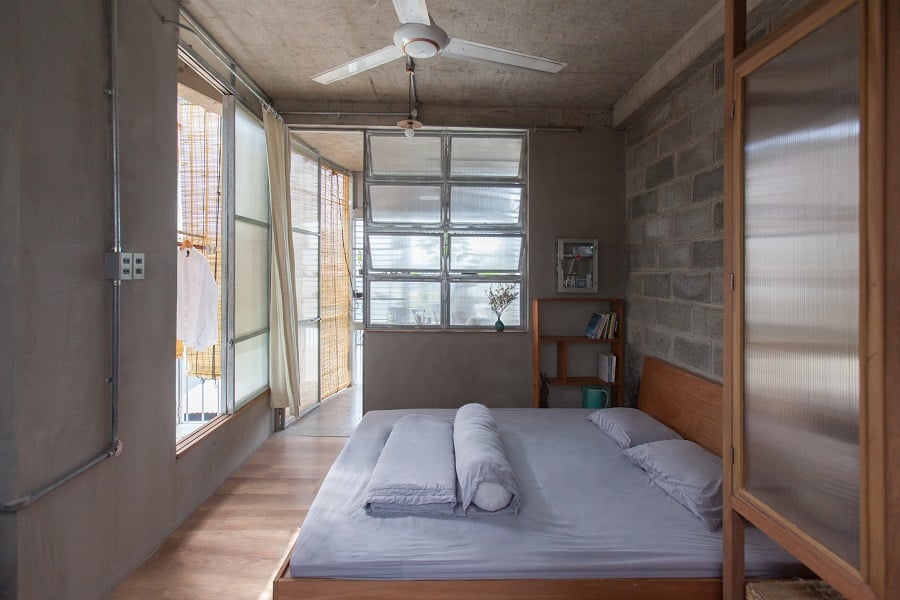 Beyond the open airiness of the structure, much of it is simplified: unpainted cinder block walls and unvarnished concrete floors. This is not because it’s unfinished; in fact, it’s precisely the opposite he explained: “We try to find beauty in the raw material so sometimes the raw material becomes the finished material. We take the material, the design and the budget into consideration. And the other thing is that we are dealing with environmental issues, so we cannot think about only our one plot, we have to think about how it fits into the greater urban context. Our thinking about architecture is that we are providing a system and we need to figure out how to make the system work well for the community. Right now our priority is educating people. For the starting point of education we can do a lot for the community and we can connect people. We love to do that.”

Portrait by Vy Lam
Other Images Provided by K59 Atelier