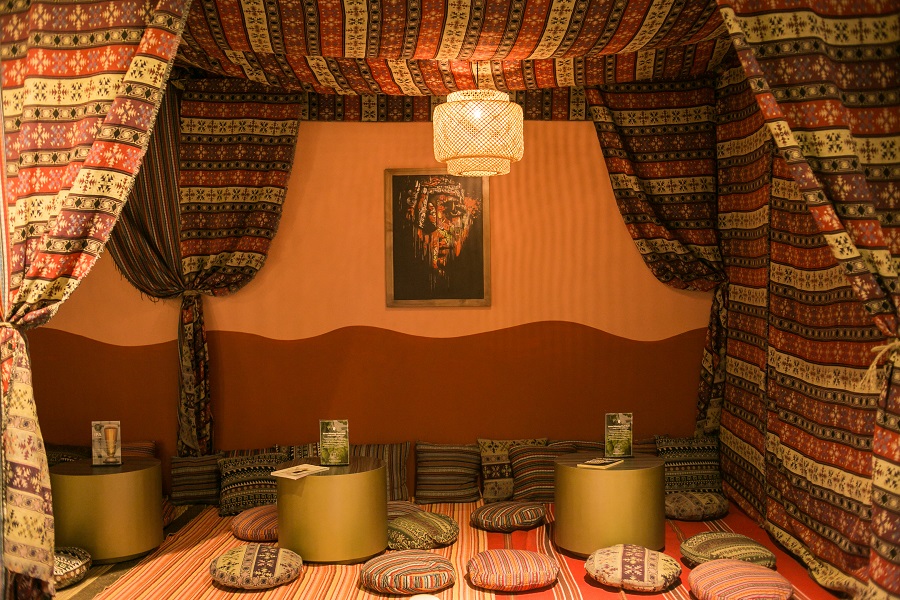 I rarely take the motorbike out of my daily patterns of District 7 anymore. If I go into town its by car to avoid the stress and pollution, so as I snaked along the elevated motorbike only lane, cresting on Phu My Bridge, I found the ride contrastingly soothing to the routine commute.

With almost no traffic on this Sunday night we drove along Vo Chi Cong, appreciating the varying angles of the city until heading left on Dong Van Cong. A handful of kilometers later, on the left, there’s a new luxury residential high-rise called Vista Verde. It’s here of all places where one of Saigon’s newest and most dynamic gastronomic experiences can be found—L’Adresse Bistro Saigon by Shad Adnan (2 Phan Van Dang, D2; www.facebook.com/ladressebistrosgn). 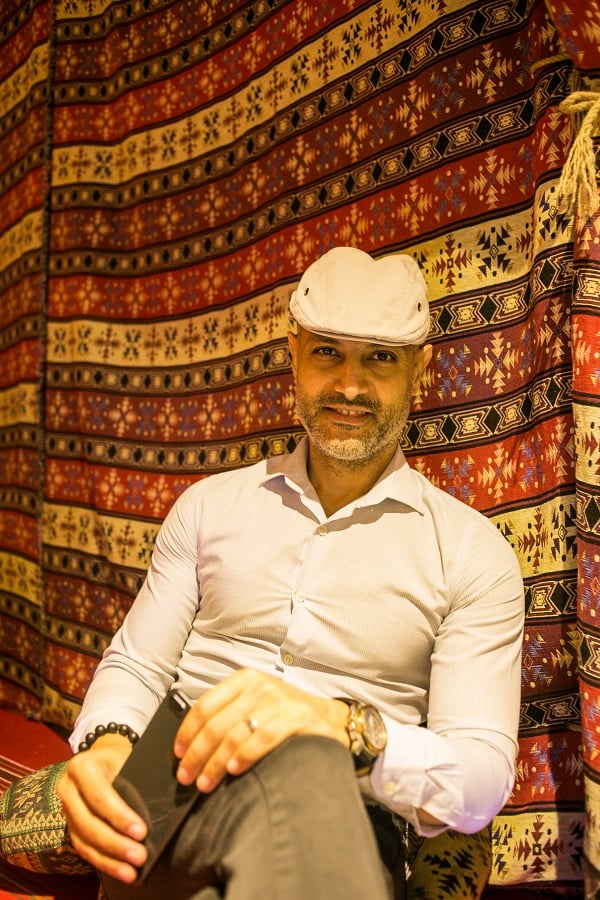 The bistro’s eclectic décor blends Middle Eastern style with accents of exposed bricks and comfy palette sofas. Along one wall are three traditional Bedouin areas presented in three-sided tents with a fabric canopy along with pillows and cushions; perfect for a group to lounge and casually converse.

As we sat the owner and operator, Shad Adnan, came over to greet us. When I commented on the bistro he mentioned how the furniture is handmade and upholstered with traditional Middle Eastern fabric patterns, which he contracted to have built. “Whatever you see was creatively devised by three designers. It looks simple and spacious and nice, but it has taken lots of effort to make customers feel relaxed and to feel like they are in an Arab setting. We wanted to do something that reflects our traditions and culture by creating a bistro that reveals this.” 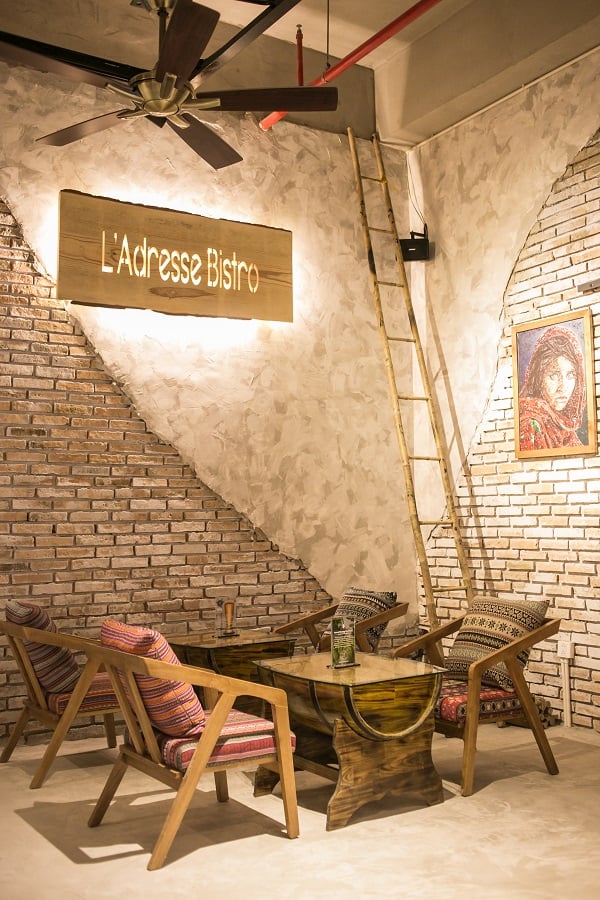 Beyond the appearance there’s free Wi-Fi, but going a step further he tore up the floor to lay electrical wiring throughout the bistro to be sure that every table has an outlet underneath to encourage people to come and stay for a while. “I want a place where people can come together, because that’s my identity. What I want is a place where people can communicate and relax.” 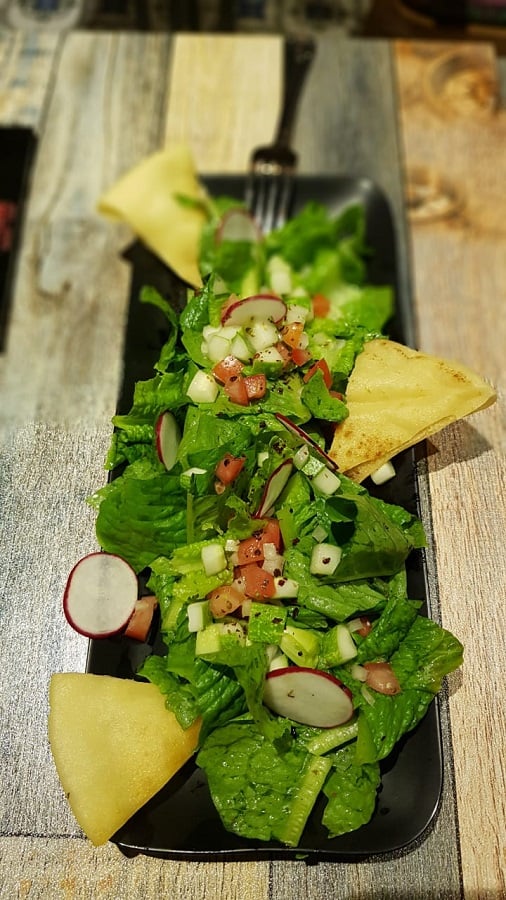 So relax we did. I ordered a Far East IPA (VND115,000) and perused the menu of Middle Eastern/Mediterranean/Lebanese dishes: hummus (VND125,000), tabbouleh (VND135,000) and baba ghanouj (VND125,000). Each comes served with homemade khubz bread, which is a flatbread staple in the Arabian diet, similar to a pita or naan. They also have fattoush (VND130,000), a Levantine salad with mixed greens, fresh veggies, pieces of fried khubz bread and topped with a sumac Mediterranean dressing. There’s a hummus and lamb dish (VND175,000), foul mudammas (VND125,000), which is an Arabian bean stew that dates back to ancient Egypt, and more. The signature dish, however, is the Levantine Mixed Grill (VND300,000),
consisting of skewers of grilled meats, such as lamb, beef or chicken, as well as skewers of grilled fresh vegetables. The meats are imported along with the herbs and vegetables that can’t be grown locally. 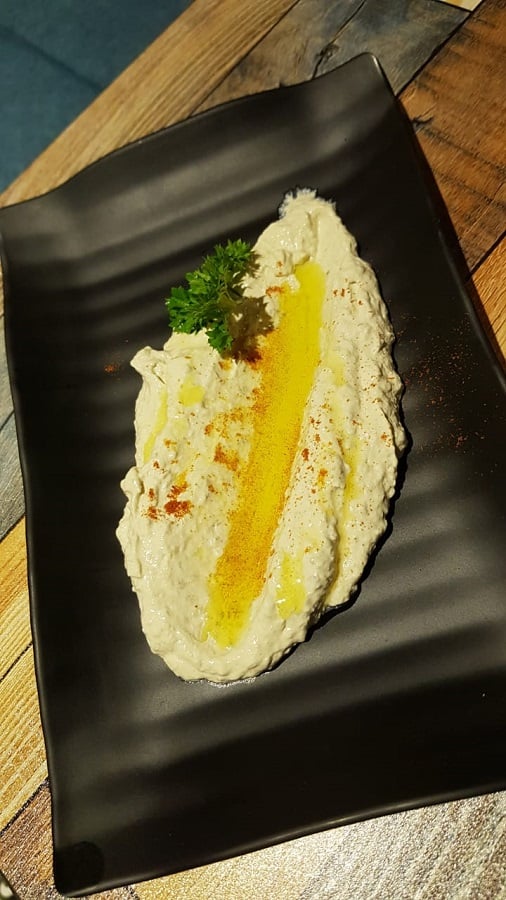 We had the hummus with khubz bread. The bread was a little crispier than a pita and more flavorful. The hummus was the best we’ve tasted. We also had makanik (VND195,000), Lebanese sausages made of halal beef and lamb. The sausage is a dry sausage with traditional Arab seasoning and a hint of molasses that’s complemented by the juices and caramelized onion it’s served in. 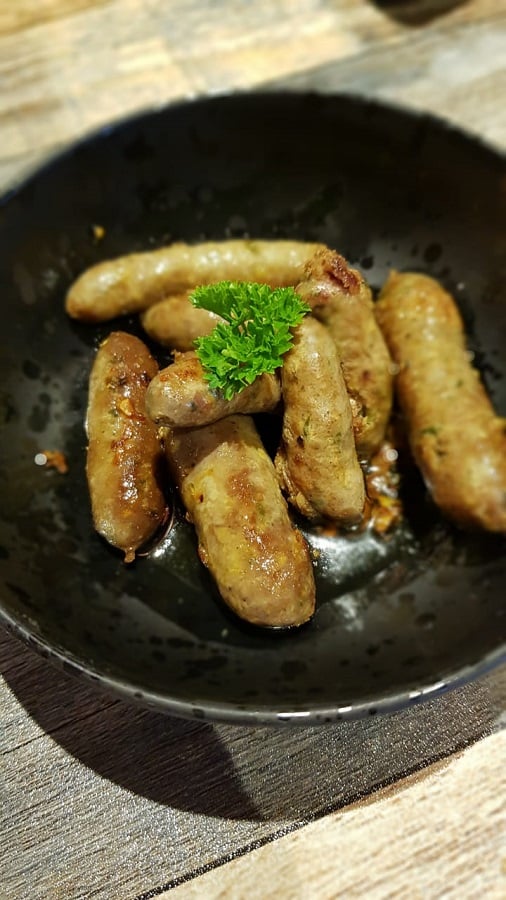 While finishing up, Shad returned to see how we were getting on. I mentioned that on my next trip I’d like to see how the tabbouleh holds up. He then explained how he partnered with a business associate to bring seeds from Lebanon to Dalat where these Lebanese crops are now grown. “Now we are getting real, authentic cucumbers, tomatoes, zucchini, lettuce, and most importantly, the parsley. The parsley makes the tabbouleh. Vietnamese parsley is completely different. It doesn’t have that zesty, citrus taste that we are looking for.”

If you’re intrigued by Middle Eastern cuisine Shad and L’Adresse Bistro have you covered. For a more Vietnamese-friendly palate, there’s the Loco Moco (VND180,000), steak and eggs on a bed of rice in a Hawaiian style, which is quite popular with the local clientele. “The Vietnamese people like it because it kind of reflects their cuisine with meat, egg and rice,” explained Shad. They also do a time-honored paella (VND250,000) and even have a burger, though as Shad added, it’s with a fusion twist. “The patty, which is 180 grams, has a combination of Lebanese spices, while the bun is a black bun, which is typically Japanese, so it’s a charcoal bamboo bun.” 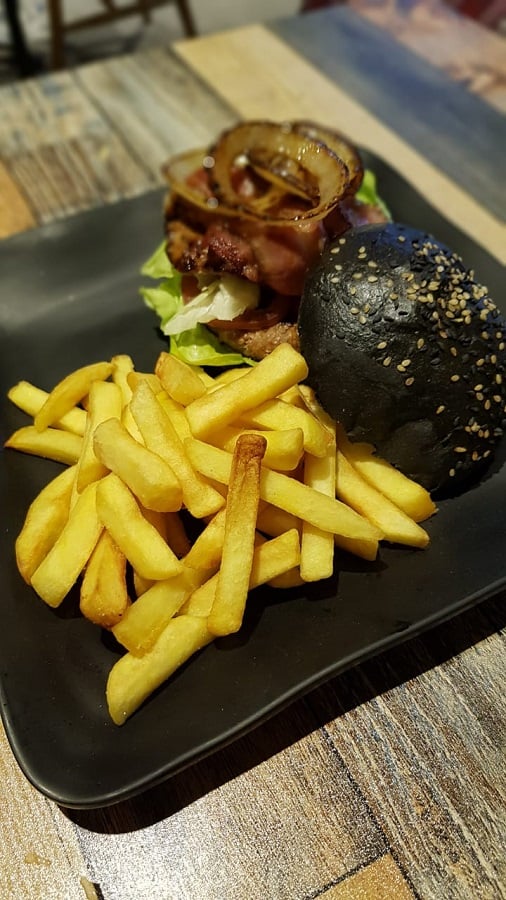 L’Adresse Bistro Saigon also has breakfast, scrumptious desserts, including a traditional Knafe (VND125,000), and a long list of drinks, including Italian coffees, local craft beers, imported wines and a range of cocktails. 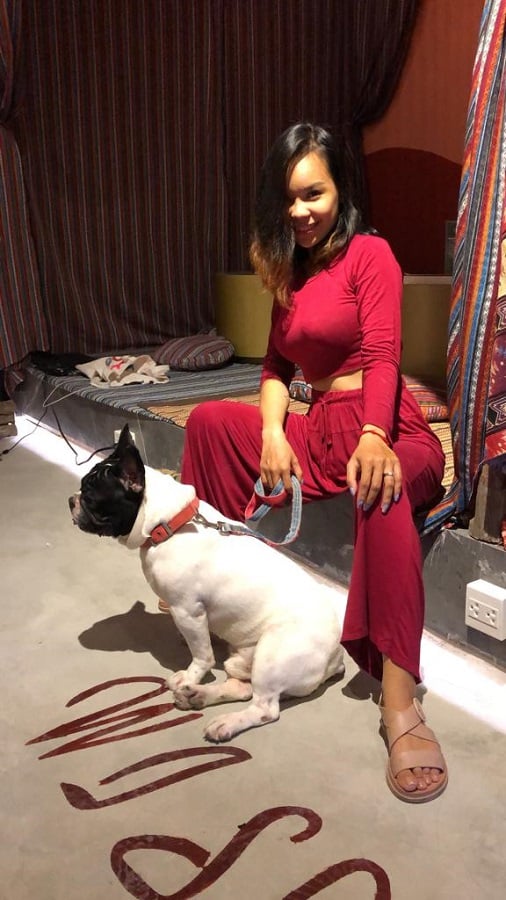