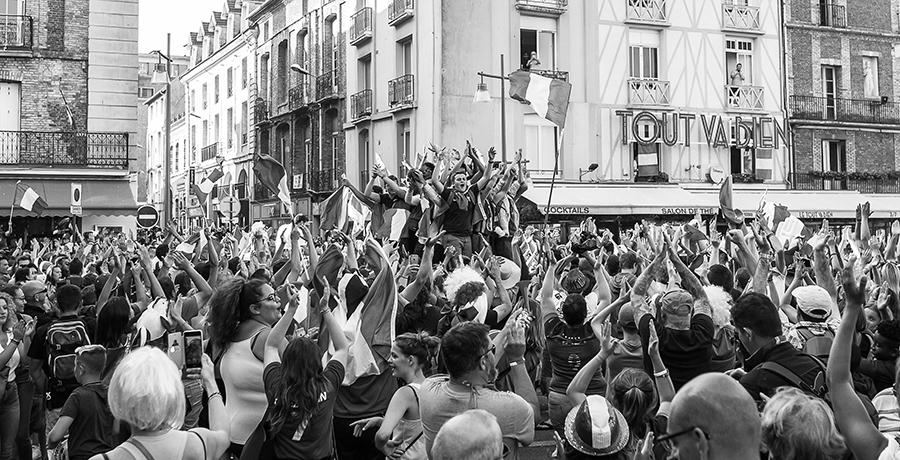 From climate change protests to democratic uprisings against biased and violent authorities, it is clear that 2019 has been a pivotal year for citizens all over the world. It’s in this context that mobile app Agora launched its first
#Photojournalism photo competition, with the objective to give photographers a way to shed light on specific issues.

“People who manage to be in the right place at the right time can become potential journalists for all Humanity. Through #Photojournalism2020, we aim to discover the best informative images by people worldwide. Everyone owns a camera, and can create interesting content. Everyone has a screen in their hands, where they can see content and vote for what they like the most. At Agora we feel that the time has come for people all across the globe to become the main protagonists: the result is the very best expression of humankind, in different themes, shapes and formats. We believe that every point of view is important, and that our mission is to generate a platform where users can create and vote for the best creations of Humanity,” says Octavi Royo, Agora’s CEO
and Co-Founder. 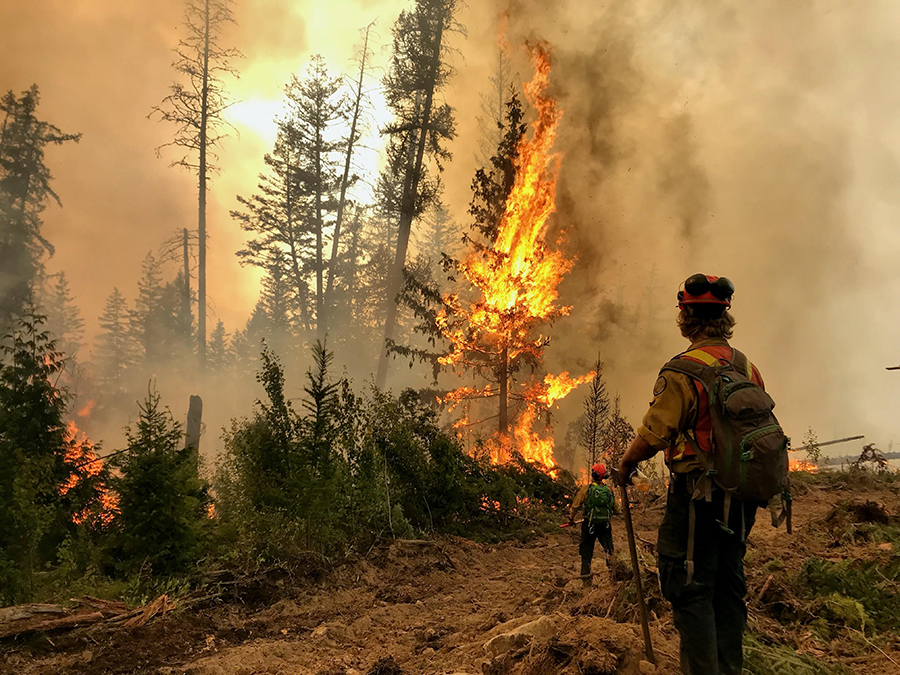 Two Firefighters Stopping as a Tree Candles in Front of Them While On a Patrol by @RhythmOutdoors (UK)
Location: British Columbia, Canada

After a long day, starting at 7am, we went on a patrol at roughly 6pm along a section of the fires perimeter to make sure that the fire had not jumped the guard and continue to burn the untouched forest. While walking an area candles up in front of us, after a brief pause, we kept on going. 5 minutes later we looked behind and the area we were walking was black with smoke. We then received news that the fire had jumped the guard higher up. After hiking roughly and hour up what can only be described as a steep hill we made it to join the others help
extinguish the area of fire. At 9pm we finished up making it back to base camp at 10pm ready for supper and another 7am start. Climate change is one of the biggest issues we face, with a huge percentage of wildfires being man made, it is vital to spread the word and understanding on just how dangerous wildfires are to those who live in areas of the world with high heat and humidity. Being from the UK where wildfire are extremely uncommon and my lack of knowledge and understanding, to then experience working in the industry fighting fires is eye opening. 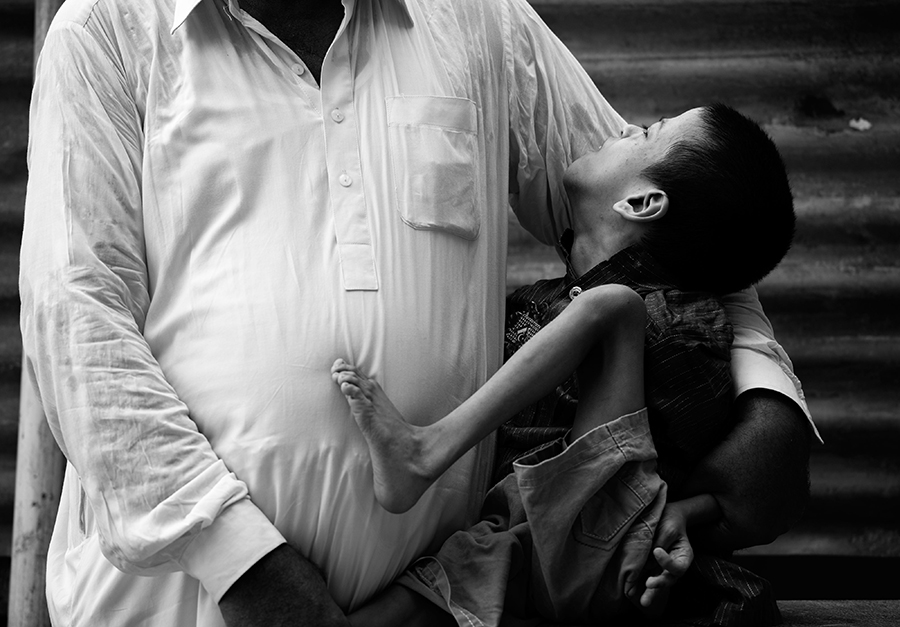 It was Pakistan’s Independence Day celebrations: everybody was happy and enjoying this day. Then, I saw this father and son suffering from polio. I was amazed to see that a father can’t leave his son alone in unhappy situations of loneliness at home. He brought out his son outside to celebrate just like any other citizen. His love for his son made me cry, I cropped his head on the photo because I’m not able to display this kind of painful emotions. 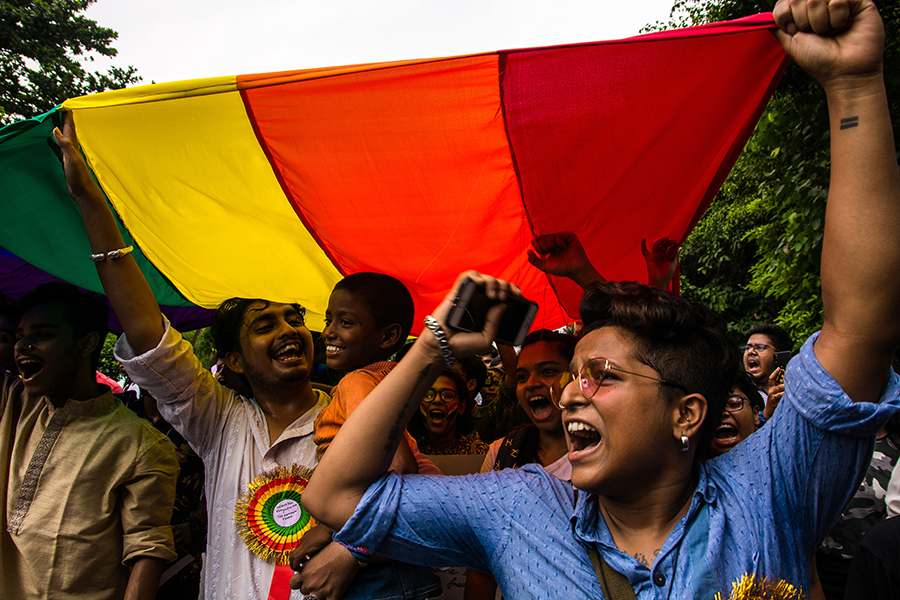 I wanted to portray the joy of freedom of the LGBT community after the Supreme Court of India decriminalized homosexuality by declaring Section 377 of the Indian Penal Code unconstitutional. There were more than 200 members from the community on that pride walk. It was quite an overwhelming experience for me to witness something I have never done before. I think photojournalism is a genre that should be completely blunt and honest. It should spread an awareness worldwide. 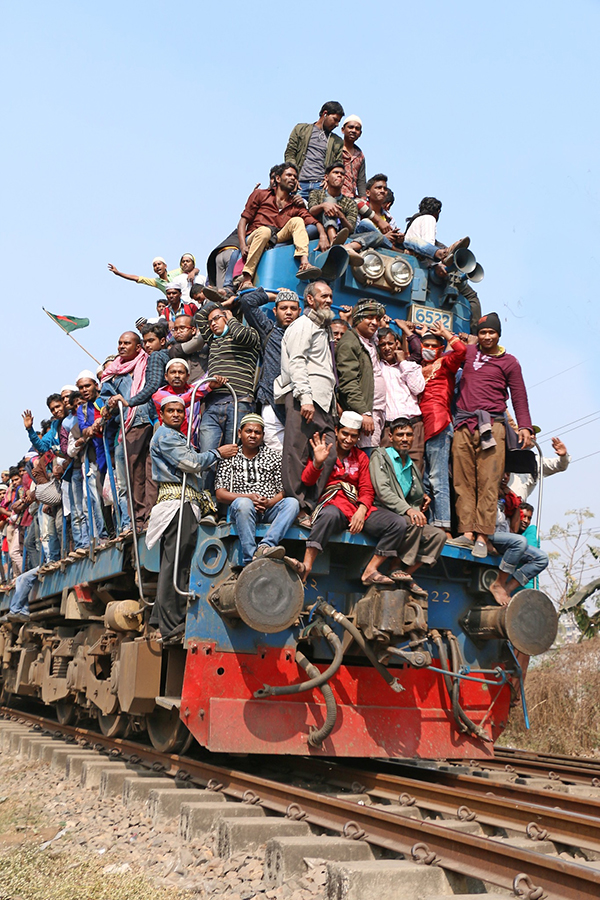 I took this shot at Dhaka’s airport railway station during Biswa Ijtema, the second largest congregation of Muslim community after Hajj. Every compartment of the train along with engine was overloaded!

This picture was taken in Dieppe, moments after the football World Cup final of France vs Croatia. It was madness! The crowd invaded the streets all evening and all night. It was a big party that united all the French people. There was no difference to be seen between anyone, it was beautiful to see. Everyone wanted to be photographed. It was amazing.