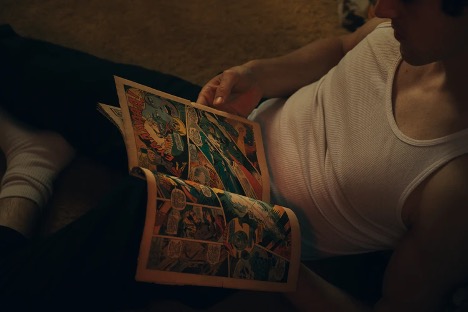 The term “Viet comics,” referring to comics originating from Vietnam, was created in the 1960s by Floral Age Bimonthly magazine; though the origins of illustration in Vietnam can be traced back to a much earlier period. Pre-1900, Vietnamese mạn họa or liên-hoàn họa were woodcut illustrations for storybooks. Those early Vietnamese pictures paved the way for the later Viet comics.

Everyone across the world has heard of manga. Indeed, Japanese manga comics have become so popular that they have inspired movies, music videos, video games, and even slot games like ムーンプリンセス (Moon Princess). But not everyone in the world is aware of Viet comics. While many modern Viet comics are influenced by manga, that was not always the case.

Viet comics, although not yet termed that, began life after French Indochina was established; when printing technology enabled newspapers and books to become commonplace. Over the years, cartoons called hoạt kê họa, hí họa, or biếm họa gradually began to appear. During the Westernization movement of the 1930s, cartoons in Vietnamese newspapers and magazines started to become an art form that was much loved by readers. Cartoons like Three Adventurous Kids, which featured in Cậu-Ấm tuần-báo newspaper, soon became big hits.

Many cartoons of this period were politically motivated. For instance, sequential drawings that satirized the Indochinese government were often published in Drake Weekly. The political aspect of Vietnamese cartoons continued into World War II and after, including propaganda comics against the French military. But in the late 1940s and 1950s, other Viet comics were appearing that had nothing to do with politics. In Saigon and Hanoi, many comics were published that featured knights and romance. Other comics focused on the history and mythology of Vietnam.

The Rise of Viet Comics

Between the years 1954 and 1975, Viet comics really started to take off. The comic books of this period focused on themes like friendship, family, science fiction, adventure, fairytales, and detective stories. There were also popular Viet comics based on the works of Jin Yong. And Northern artists were often influenced by Soviet art. Meanwhile, in the Democratic Republic of Vietnam, many Viet comics appeared in Pioneer Magazine, Children Magazine, and Kim-Đồng books.

The Era of Subsidy

After Reunification Day, the style of Viet comics became less diverse, due to censorship and a lack of printing facilities. Indeed, most comics that were published actively chose themes that would avoid censorship. In the 1980s, Viet comics started to become more widespread again after Kim Đồng Publishing House started publishing works on inexpensive dó paper.

The Era of Reform

After 1986, Viet comics started to become increasingly popular once again. During the late 1980s and up to the early 2000s, many Vietnamese artists started borrowing characters and topics from international comics and animated movies. But during this period, the most popular Viet comics were by the famous artist Nguyễn Hùng Lân. His comics included Hero Hesman, Vietnamese fairytales, and Vietnamese supermen.

The Era of Recession

From 2007 to the present day, the most popular Viet comics have been published by the likes of Truyện Tranh Trẻ Magazine, Hoa Học Trò Weekly, and Youth Laughs Monthly. Many of the comics are influenced by manga, manhua, and manhwa. Many modern-day Viet comics are funded by online crowd-funding, such as 2013’s historical The Holy Dragon Imperator, which went on to earn a Silver Award at the 2016 International Manga Awards in Japan. Modern-day Viet comics continue to mostly focus on traditional Vietnamese culture and mythology. But what the next stage is in Viet comics’ evolution is anyone’s guess.