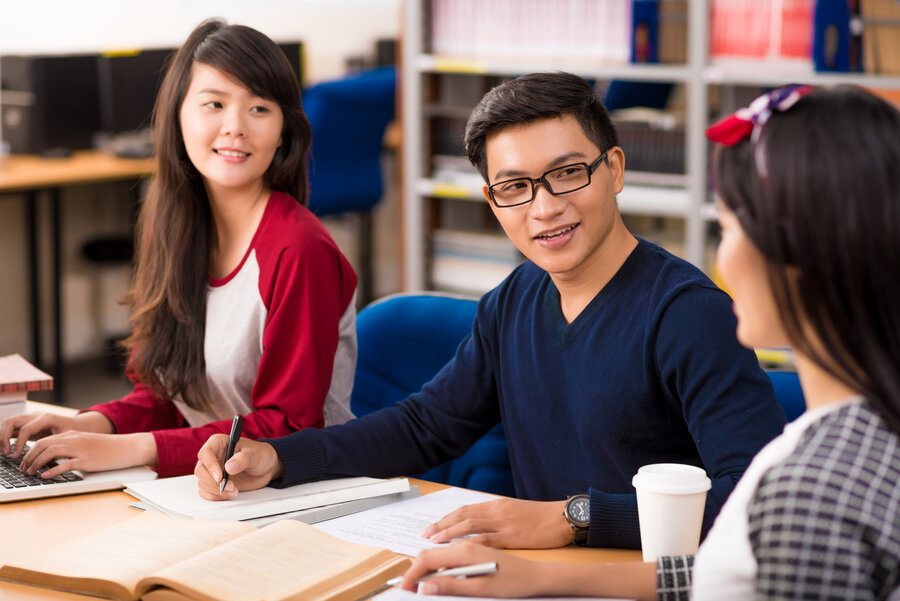 According to the current year’s statistics by SEVIS, which represents a web system that the Department of Homeland and Security uses for maintaining information about international students, the overall number of international Vietnamese students in the United States has significantly increased.

Compared to the beginning of 2021, the general number of students who sought to acquire higher education in America has seen a tremendous shift. Generally speaking, from March to September 2021, United States National Colleges, together with universities, have seen a considerable expansion of Vietnamese nationals by nearly 6%.

Nowadays, Vietnam is positioned in fifth place after the People’s Republic of China, India, South Korea, and Canada in the top five countries ranking, students from which come to study in the United States. Compared to China, Vietnam’s population of 98 million forms only seven percent of China’s approximately 1,4 billion people, which feels like a minority, but de facto appears as nearly 10% in proportion to each country’s citizenry.

It’s also a common fact that the part of international students experiences a lot of pressure and disbelief. You should know it’s okay if you happened to be in such a situation. Moreover, there are a lot of ways to make you feel better like statistics homework help which reduces a huge part of students’ stress.

Being a quality-orientated undergraduate in International Relations, I considered pursuing my higher degree in the US. At that time in London, I was a part of a multinational community with students from all over the world, most of whom were of Vietnamese citizenship. Naturally, I wanted to carry over my studies with someone I was already familiar with.

While talking to my peers experienced in studying abroad, particularly in the United States, I realized that some South Asian students encountered deliberate stress and hardships when doing their degrees in America. Alongside traveling and assimilation difficulties that Vietnamese international students face, to my big surprise, there were also a series of academic and cultural differences, which my companions had to experience and suffer from.

First of all, one of the hardships for Vietnamese international students was language, dialect, and verbal communication throughout their studies. Even though Vietnam implemented its Open Door Policy and the English language became one of the most prosperous instruments to conduct communication, it should be stated that Vietnamese students’ level of English before their studies in America was far lower than expected.

A reasonable number of English centers and schools were opened in the country; however, English required to pursue a degree abroad was still insufficient. Therefore, language deficiency became a significant challenge in terms of academia for my friends when they went to America. Furthermore, they added a higher inconvenience for completing the assignments within deadlines.

Secondly, the cultural differences and academic divergence posed a reasonable question into a variety of academic deliverables. Lack of analytical skills was mainly skipped while teaching in Vietnam, and weak analysis made the grades for assignments that many of my peers received fixed at the level of “pass,” which was not satisfactory for most of them. While college and university professors were occupied with their stuff, international students did not receive the relevant attention and consultations to amend and revise their papers.

At this point, one of my friends realized that he needed additional assistance to complete his assignments. While conducting his web research, he found various online services that cleared their desks to assist international students. The situation was complicated with my friend’s part-time job to earn some pocket money for his necessities. This turned the assignment preparation into an absolute nightmare.

By seeking advice, academic overload started to become step-by-step resolved. While struggling with writing high-quality essays and not being acquainted with the skills and instruments to deliver distinctive writing pieces, my friend used  Writemypaperhub.com to have papers written along with advice and techniques provided by tutors and mentors at the platform. For example, he learned how best to describe, analyze and forecast certain issues in various disciplines and advanced his essay writing. The efforts of the experts resulted in the highest grades in class.

Finally, one of the biggest challenges he faced was a shortage of friends and family support. This stress resulted in my friend’s newly acquired habit of closing himself. From an extraverted and open person, he gradually transformed into a broody and contemplative individual. In addition, he converted himself into an insular nature person. Joint work on assignments gave mentors the opportunity to help him reopen to the world.

To conclude, I would state that completing a degree abroad is always a challenge to any person, no matter what your origin is. One of the most crucial things to remember is that any individual needs to possess a deliberate desire to succeed and never stop after achieving goals.