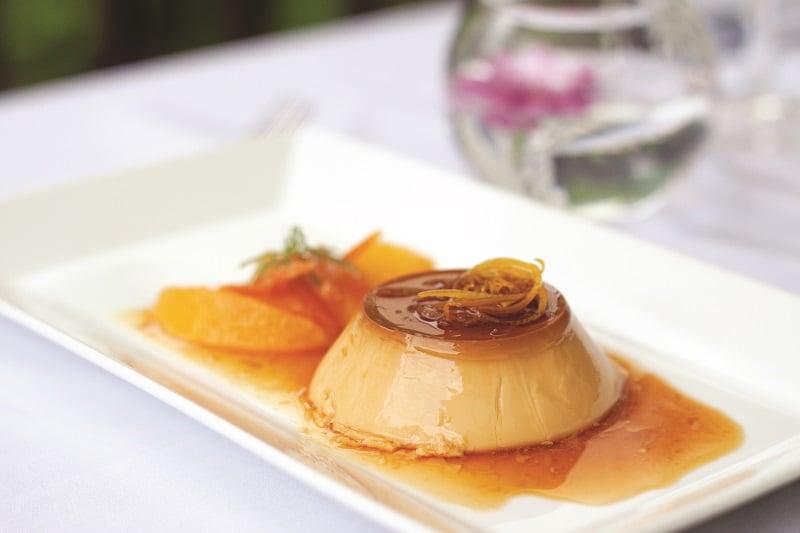 On the list of the 49 most fattening foods as determined by a New Zealand university, cream sits at #11, not quite as fattening as corn chips and condensed milk, but more so than donuts and fried food.

While it may be high energy but essentially bereft of nutritional benefits, like almost everything that’s bad for you, it is sinfully delicious in all its forms.

After heading up notable kitchens including Bobby Chinn (Hanoi), Shri and An Lam Saigon River, Dine Viva is Chef Vinh’s first restaurant of his own. In spite of his cooking success, Vinh says he’s actually an accidental chef. Born in Vietnam, Vinh left for Australia at the age of nine. After
attending high school in California, he went back to Australia looking for work. “A friend gave me an ad in the paper to apply for a job. It turned out to be an ad for a cooking course but I thought I might as well try. Later on, when my father was working in a laundry store, he happened to wash a chef’s uniform. He asked the chef if he needed any help.” And so began an apprenticeship at one of Australia’s top restaurants. 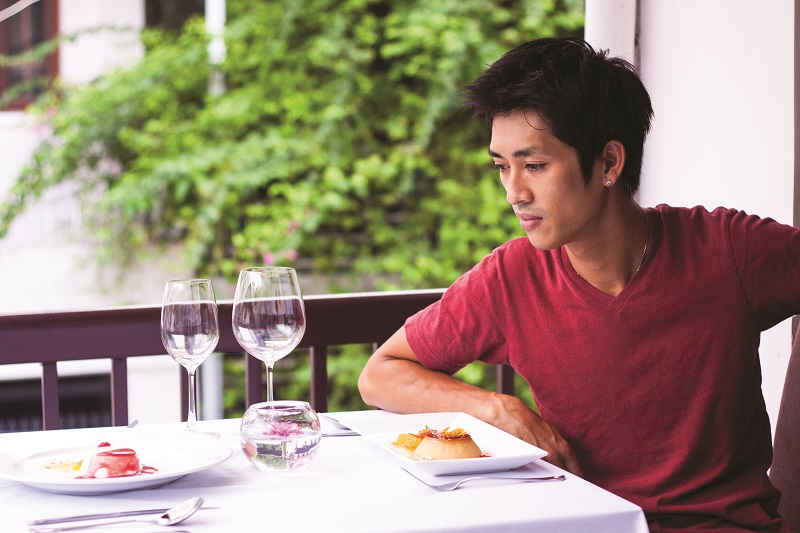 When Vinh first revisited Vietnam as an adult, he immediately knew that he wanted to come back regularly. Family connections made the country feel like home, including its comfort food. Vinh still remembers the flan that his grandmother and mother used to make. “When I first learned how to make it, it brought me straight back to when I was a kid. All Vietnamese kids have it.”

Vinh’s version of crème caramel, though, has improved on the original. “When I grew up, I tasted flan from the store, and it wasn’t the same. It wasn’t as good as I remembered. The Vietnamese way, you can only taste the egg custard and the flour. In ours, the caramel goes all the way through,” he says of the much darker colored flan which is mixed with caramel before baking in a water bath as opposed to the Vietnamese version which is generally steamed.

The Dine Viva crème caramel is also served with fresh orange segments, candied orange rind and dried sweet potato slivers, all garnished with finely sliced mint. “A lot of Vietnamese restaurants serve it with coffee or crushed ice which overpowers the light smoothness of the crème caramel,” he says. “The aroma of orange rind goes really well with the flan. It cuts through the richness.”

While the basic ingredients which go into crème caramel are simple, Vinh says the secret is in “how you take care of it while you’re cooking it. If you overcook it, it becomes hard. Undercooked? Then it’s runny inside. The timing has to be almost perfect to get the consistency right.” 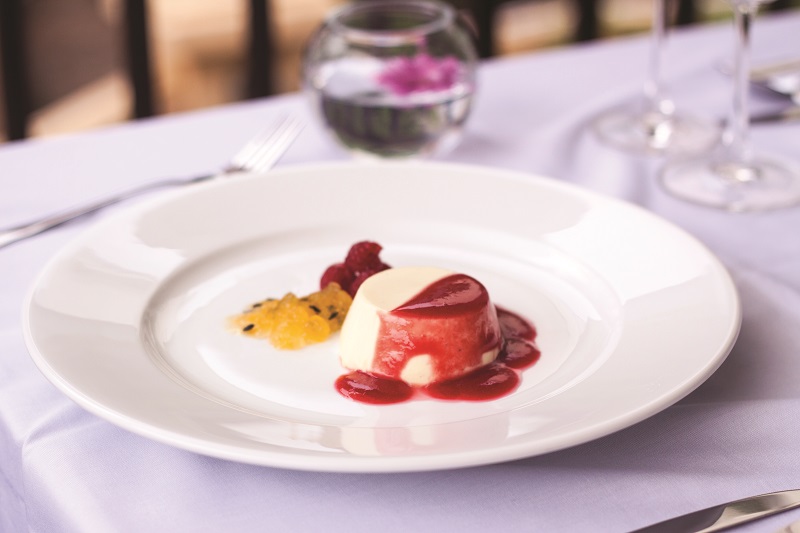 Set in a villa owned by superstar singer Hong Nhung, Dine Viva is a full-service restaurant with a small but bold menu. The restaurant’s most popular dessert so far has been the panna cotta (Italian for “cooked cream”), a simple creation made by simmering cream, milk and sugar with gelatin, and letting it cool until it sets as a wobbly, silky, sinfully soft pudding. Chef Vinh’s version pairs it with a raspberry sauce, fresh raspberries from Dalat and a passion fruit gelatin. “It’s easy to eat. The girls love it,” says Vinh. “Some customers just come in for the panna cotta. The only thing is they’re afraid it’s too rich and creamy. It’s a guilty pleasure,” adds Vinh who is rail thin despite proclaiming that all he eats is cream, cheese, bread and chocolate, “basically anything fattening”.

Vinh’s baby daughter, Viva, seems to approve of the dessert served at her namesake eatery. “At eight months, she’s already showing food appreciation. She loves cheesy things. When we first introduced her to Panna Cotta, she really went for it!”