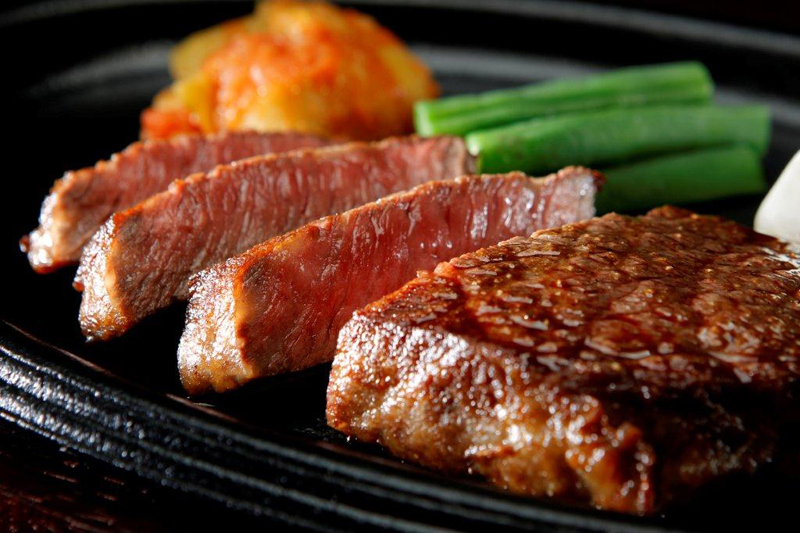 A new Japanese whiskey bar & grill is home to some of the city’s best Kobe beef.

Set in a pretty old manor just back from the main restaurant strip on leafy Han Thuyen, Monde (7 bis Han Thuyen, D1) has been the Japanese community’s best-kept secret since quietly opening its doors last October. The venue is celebrity bartender Hasegawa Harumasa’s first foray into Vietnam, styled after his flagship operation in Ginza’s fashionable whiskey bar district in the heart of Tokyo. Back in Japan, Monde is a fairly distinguished brand that has survived for 30 years as the go-to for fine liquor and gourmet cuisine, and it would appear that Hasegawa’s long-term strategy is to develop a similar establishment here – Monde Vietnam’s top shelf collection of Western spirits and house-brewed sake is nothing short of extraordinary, and the restaurant’s head chef is the noted Fukazawa Katsushi, straight from the kitchens of numerous five-star establishments in not only Japan but also France and Africa. 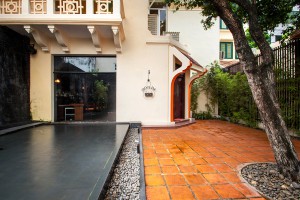 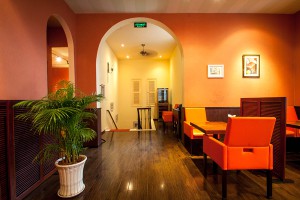 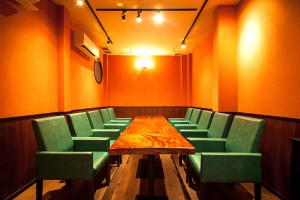 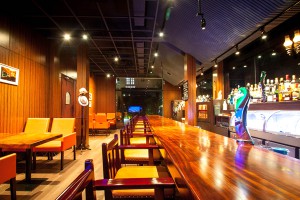 The menu is all Fukazawa’s own design, and it’s the chef’s firm intention to confound expectations. Japanese with a European twist, Fukazawa’s unique fusion dishes are a challenge to the profusion of similar Japanese restaurants in this city, and his dedication to the quality and freshness of the food is so intense that most ingredients – we’re talking fish, meat and vegetables – are imported from Japan on a daily basis. You’re welcome to try to get fresher genuine Japanese sashimi and exquisite Kobe beef anywhere in Saigon, but hopes aren’t high.

The dining area is accessible via a steep staircase up from the ground-floor bar area, and it’s comfortable – there are no sliding tatami doors or anything similarly pretentious; if anything, the décor does harken back to the plush classicism of 80s era corporate Japan. Our table was attended by Trang, the venue’s local proprietress, who was most concerned about the proper matching of wines with our meal – she was on the nose with the 2012 Chablis Chardonnay, its dry, citrus tones pairing nicely with the fresh fish and caviar dishes.

We started light with safe, Western appetizers – soups and salads (ranging from VND85,000-145,000), all of which betrayed chef Fukazawa’s French influences with their rich and milky textures. Our additional treat was the fresh Monde Okinawa pork dish (VND420,000), a generous chunk of cured ham flown fresh in from Okinawa itself – thankfully with none of the gristle of the sausage meats available locally. 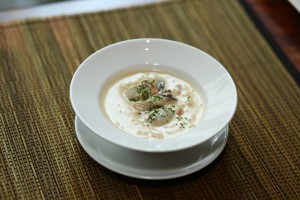 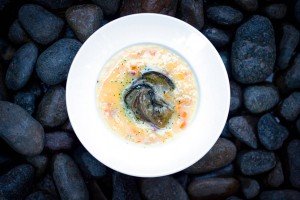 We then moved further into Japanese territory with a number of seafood selections. While the sashimi platters were highly tempting (ranging from VND120,000-180,000, with occasional special hand-carried items priced at VND200,000-300,000), we opted for the caviar range. Our taramo fish roe salad (VND120,000) served with toasted French bread was almost juicy with its mash of pink caviar and potato, while the braised Japanese ayu with salt (VND200,000) is a rare dish indeed in these parts, but one well known to Japanese gourmands. Hasegawa hopes to introduce this delicacy to diners in Ho Chi Minh City; a sweet- fleshed fish found in Japan’s Lake Biwa, packed with eggs when caught in the right season. Served baked with a sliced quince to squeeze over the caviar as you dine, this dish alone is reason enough to pay Monde a visit. 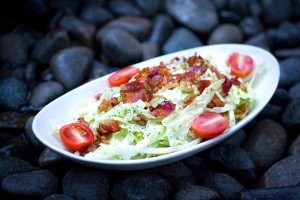 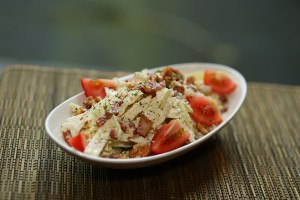 The ayu would have remained the most memorable dish of the evening were it not for the thin, succulent slices of Kobe beef (sirloin VND1 million/100g; thigh VND800,000/100g) served medium-rare on a platter somewhat resembling a serving of sashimi. If you’ve never had Kobe beef, you’ll note the marked difference with what you’re used to – widely regarded as the world’s best beef, it’s the prime cut from a variety of cattle found only in Japan, typically infused with light veins of natural oils that serve to tenderize the meat without pounding. Take a tender slice and dip it in a saucer of specially-brewed Monde soy sauce and wasabi or mustard; this sheer delight of a dish is moist, sinuously fatty without a hint of greasiness, and is frankly what all beef would taste like if the world were at all fair. again, the meat was nicely paired with a supple 2011 Californian Coppola Rosso, bringing a berry and mocha wash over the warm complexities of the beef and sauce. 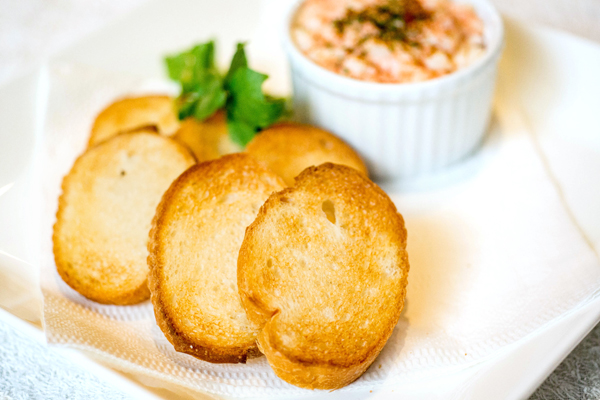 A descent into the quiet blue-light bar area was rewarded by the earnest ministrations of veteran Monde head bartender Machii Tomoyuki. Serving with Monde Tokyo for a decade and now teaching staff here, Machii is serious and studied; he waves his hand over the lengthy cocktails list as if it’s beneath him and says, “Just tell me what you like, I can make anything.” We ask for something with citrus and something sweet & fruity respectively; he frowns, reaches behind him, and embarks on a whole performance of tumbler shaking – stopping only to smell and taste droplets of various liqueurs on his wrist. 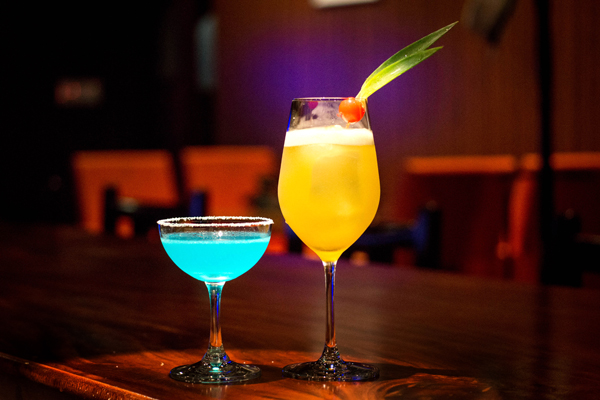 The reward is a heady variation on a Jack Rose with French brandy, grenadine, apricot liqueur and lime juice on the one hand, and an Agua de Valencia on the other, the noted Spanish cocktail made with orange juice, champagne, vodka and gin. They’re a very fine finish to the meal, and the Valencia in particular is noteworthy for its large, spectacular sphere of ice that sits neatly in the glass – hand-carved from an extremely dense 100 kg block of ice and designed not to melt through your drink. The carving technique is Hasegawa’s own invention, and the spheres are his polishing touch on what is now undoubtedly one of Saigon’s most enigmatic high-class whiskey bar & grill venues.