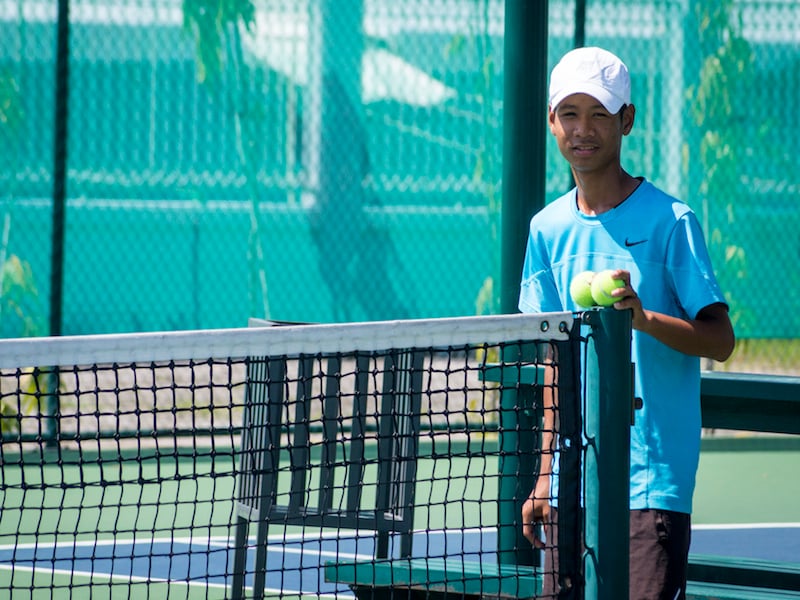 Our lives as… ball boys

Hoang: Our job is pretty simple, we pick up tennis balls for customers who come to play tennis.

Duy: Well, sometimes we do other things like pick up trash and wash the courts, but that’s not our main job.

Hoang: It’s really easy, we walk around the court and use this trash scooper to pick up the balls and put them in that box. [Points to a large cardboard box that used to contain bottled water] If people need balls, we throw them some. Our boss usually brings out the water and talks about paying for the court. On a normal day, I work about six hours until around 11pm, seven days a week. In the mornings I go to school and come to the courts after that. 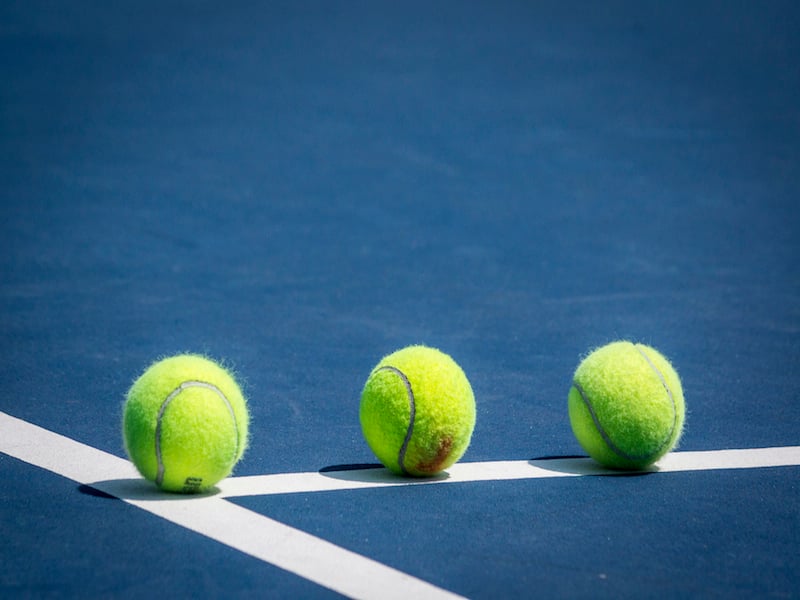 Hoang: Well anyway, tennis is my favorite subject. [Laughs] We play tennis together when people aren’t here, just for fun. We get paid VND1.5 million per month so we buy our own food from local restaurants. The rest of my money I spend on going out.

Duy: Me, after work, I go home and sleep. Right now, I live with my mother and father in Hanoi, but our home village in Thai Nguyen is about 80km north of here.

Hoang: I don’t go back to my village Phu Thọ too often. It’s a four-hour drive from here, so I stay with family in Hanoi. They’re just happy that I’ve been able to get a job and make a living at the tennis courts.

Duy: I normally work eight hours a day and the rest of the time I play. There aren’t a lot of customers early in the day because it’s too hot, so I come here and play, sleep, watch TV, or eat. There’s nothing else to do. Then from 2pm to 10pm the courts are always busy and we

have to work the entire time. Our customers are pretty wealthy. It costs them VND60,000 for one hour per person to play, and then they have to pay for water and for us ball boys. So for everything, it’s going to come to about VND100,000 per person. Our customers all

drive nice cars and motorbikes, though, so it’s not like it’s expensive for them. Most of the customers are older men and they come at the same time every week. Sometimes I see foreigners here, like that Indian guy. He’s supposed to be the president of some big company. I’ve never seen a woman play here, though.

Hoang: I like working with my friends here. I don’t need or want to do anything else. I don’t care about going to university. I don’t want to do another job. I like tennis and picking up balls. That’s what I am going to do for the rest of my life… although it would be nice to live as a professional tennis player. The player I like most is Nadal, but I know I’ll never be that good. I just play for fun.

Duy: This job is good for me right now. I don’t have any dreams to do anything else. Why would I? Besides, I like the work just fine. We don’t need any equipment, we’ll never be replaced by some expensive machine, and our customers don’t yell at us for not doing our job. I’m happy with how things are now. Well, I guess it would be nice to get paid more.

Excerpted from It’s a Living: Work and Life in Vietnam Today, available on Amazon and iTunes. Or look for the Vietnamese version, Việt Nam ngày nay: Chuyện mưu sinh in local bookstores.