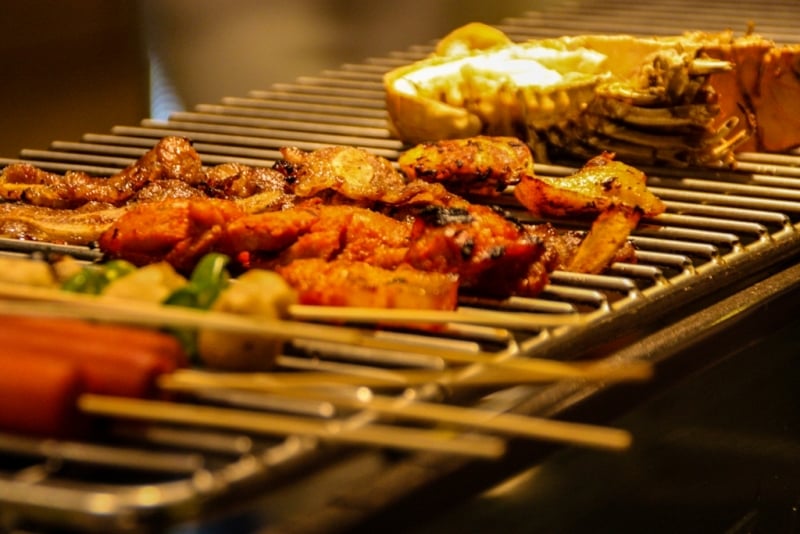 In honor of the Korean Food Festival at the InterContinental Asiana Saigon (Oct 22 – Nov 15, 2015), we’ve put together this list why Korean food is simply amazing.

1. It’s not only delicious, it’s healthy 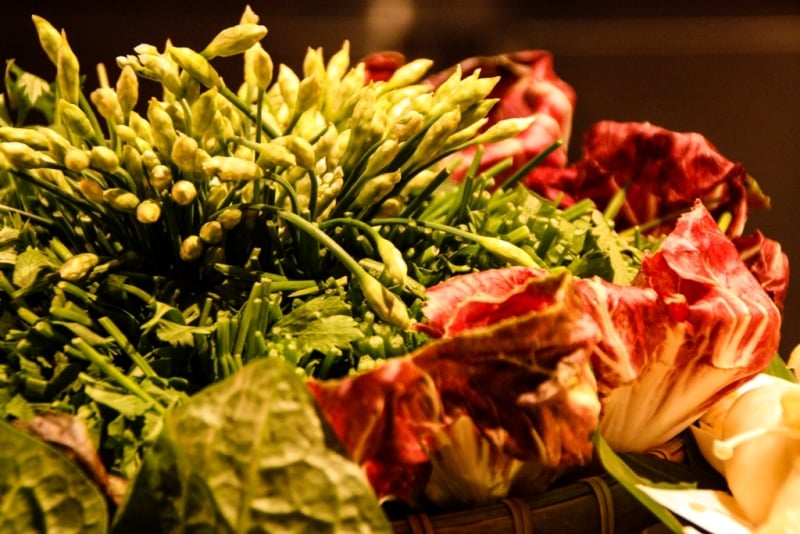 There’s a reason that South Korea has one of the lowest obesity rates in the world at only 4.6%. Compare that with the United States (35.3%), Australia (28.3%) and the UK (24.7). Vegetables are widely used in everything from side dishes to mains along with healthy doses of garlic, ginger and other good-for-you natural flavorings. 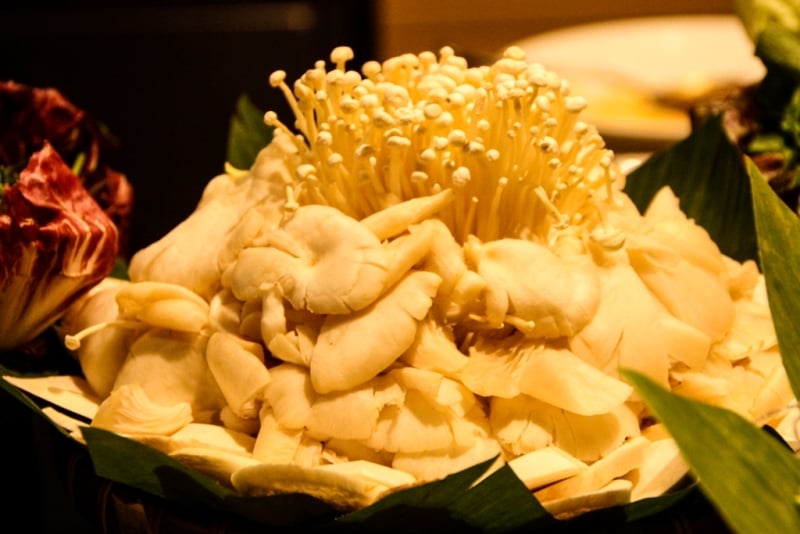 You won’t find much fried foods in Korean cuisine. Instead, grilling, stir-frying, fermenting and stewing are common techniques. 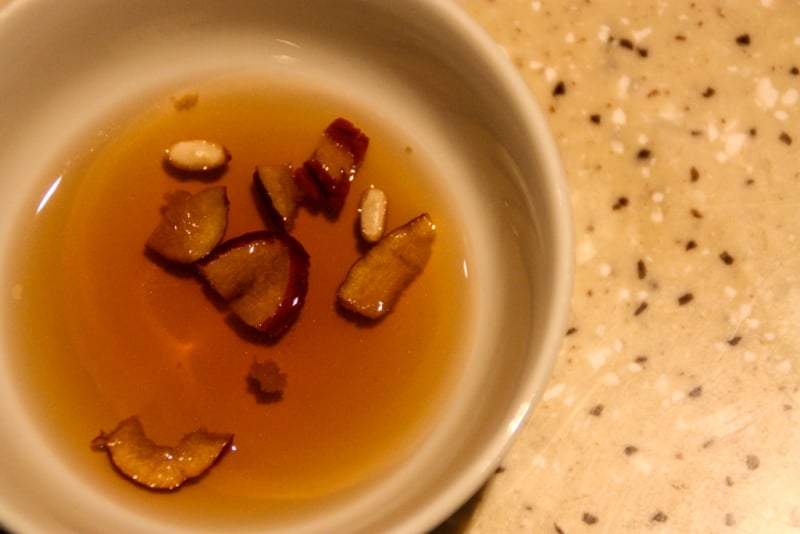 Korean meals traditionally also don’t include a sweet dessert. Usually, some type of tea or other refreshing beverage finishes up the meal. 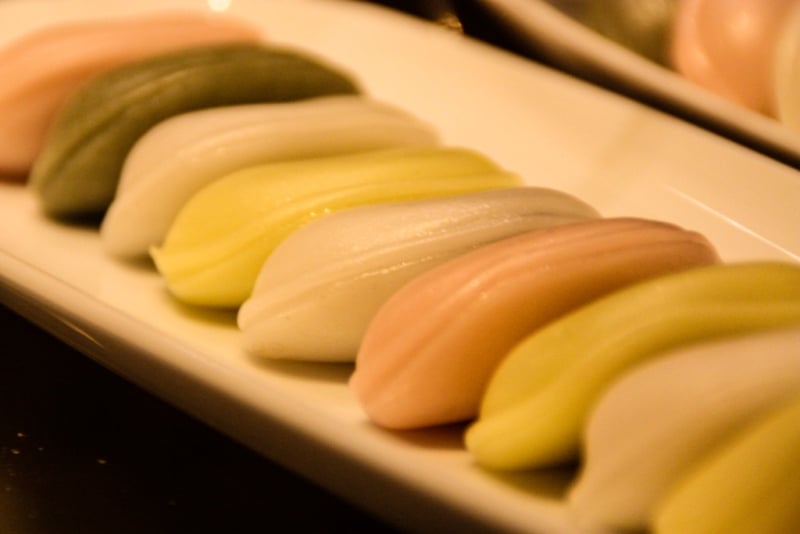 There are confectioneries, though, like the crescent moon rice cakes filled with a not-too-sweet red bean paste, a favorite at Baekil, a party that marks the 100th day after a baby is born.

2. One dish, hundreds of varieties

Kimchi has a 2,000 year history, based on people fermenting and salting vegetables to be eaten during winter. With over 200 different varieties of kimchi, it’s basically its own food group with about 80% of Korean households owning a kimchi refrigerator, a purpose-built cooler for storing kimchi at its optimal temperature. Koreans even say “kimchi” (and not “cheese”) to induce a smile for photos. 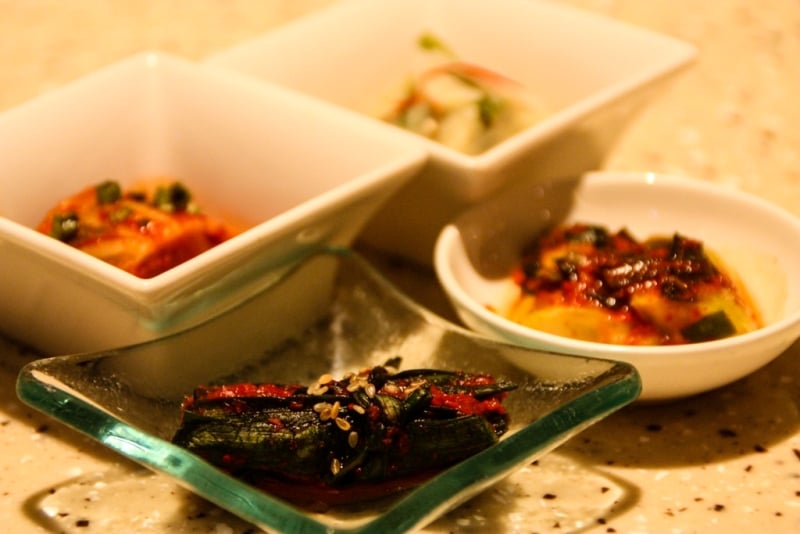 Usually fermented vegetable with red pepper flakes, garlic, ginger, scallions and a few other ingredients, the most common type is Baechu Kimchi (cabbage), but almost any crunchy vegetable can be used, like leeks, cucumbers and radishes.

Along with olive oil, lentils, yogurt and soy, kimchi rounds up what’s known as the 5 most healthy foods in the world. Koreans on average eat 40 pounds of it per person! It’s also reported to contain probiotics which aid in digestion and help strengthen the immune system. Studies also suggest it might fight against cancer and help prevent aging and obesity.

Not only is it a condiment, kimchi finds its way into various stews and fried rice as well. 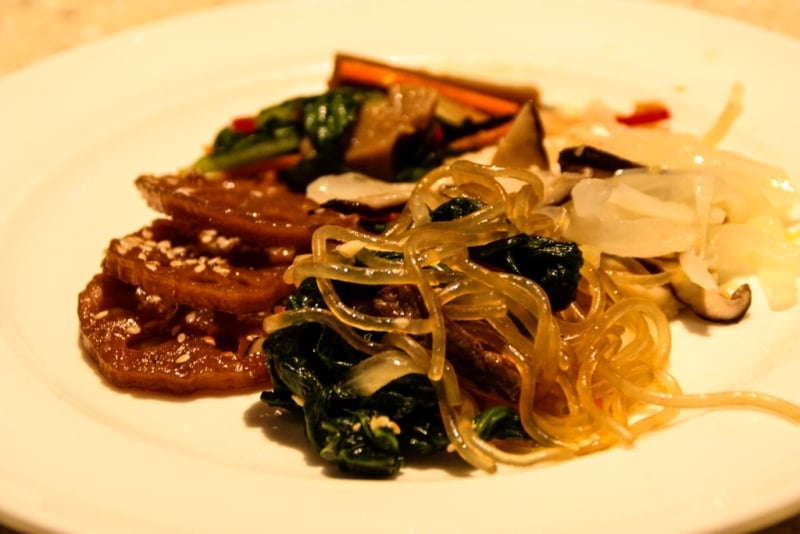 Speaking of condiments, no Korean meal is complete without “banchan” or the many little side dishes that come with the meal. As long as your bowl has some rice in it, restaurants are usually happy to keep refilling the tasty “banchan” sides which can include everything from kimchi to seafood pancakes to braised lotus root and salted anchovies. 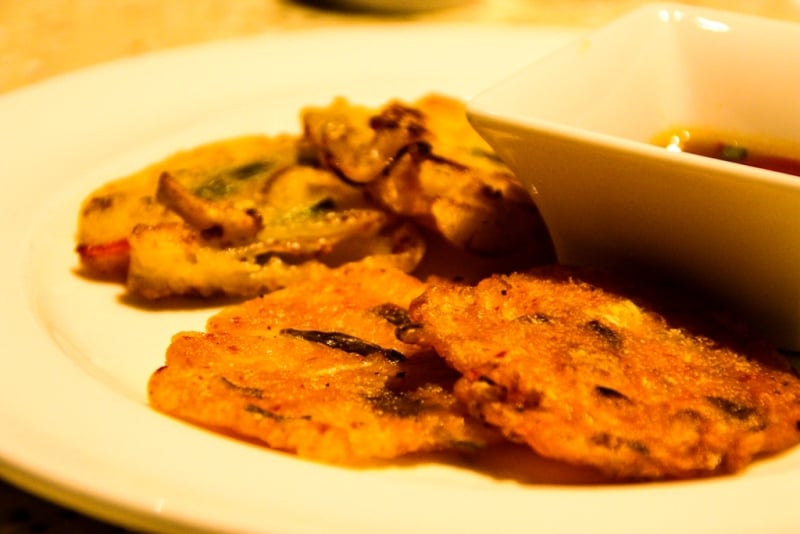 Royalty used to be served up to 100 banchan dishes, whereas most restaurants today have 5-12. 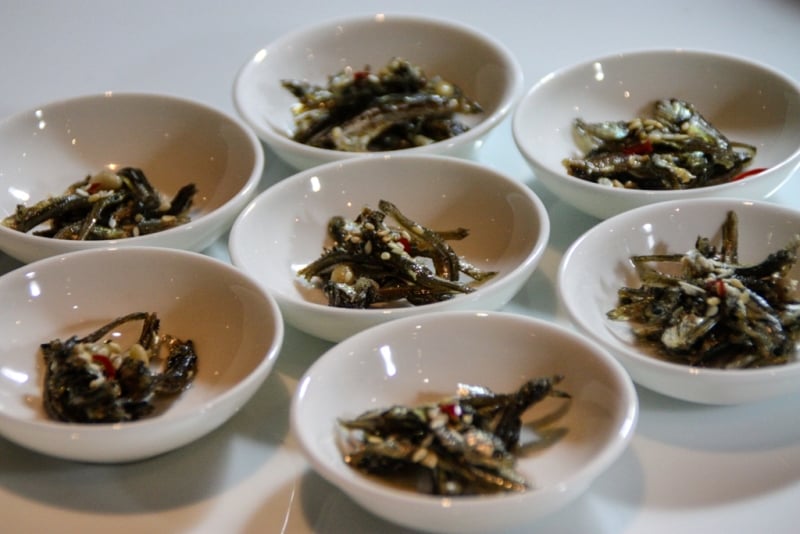 Don’t look now, but the world’s best selling spirit isn’t Smirnoff or Emperador, but Jinro Soju which sold 71m 9-litre cases in 2014, more than double its closest competitor. Made from fermented rice and / or other grains, soju was introduced to the Koreans by the Mongols in the 14th century. 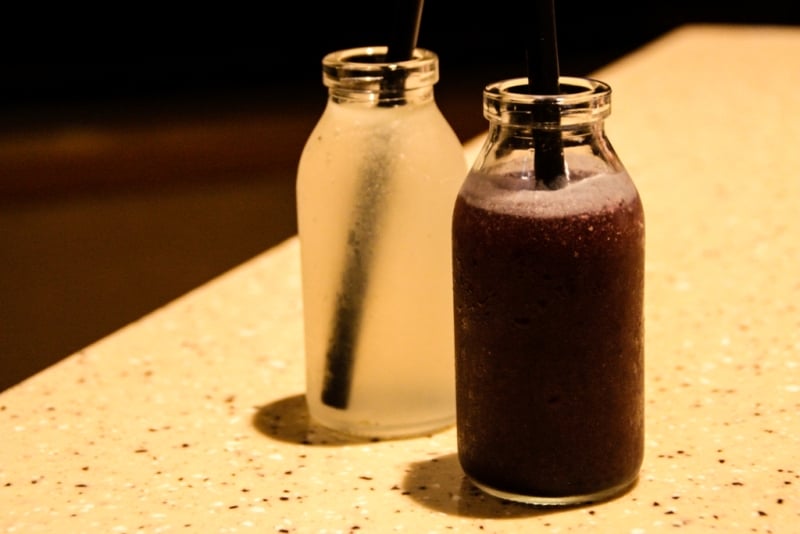 Soju ranges in strength from 20-45% ABV, and because it’s colorless and has subtle flavors, it’s easy to pair up with other flavors. The InterContinental Asiana Saigon uses soju in concoctions such as the soju mojito, mak colada (with blueberries and Curacao) and a citrus soju Collins.

Koreans subscribe to the idea of eumyangohaeng (harmony of the five natural elements of the positive and negative). This belief translates to the textures and flavors in food, where Korean chefs will usually try to use five colors to represent the earth’s five elements. 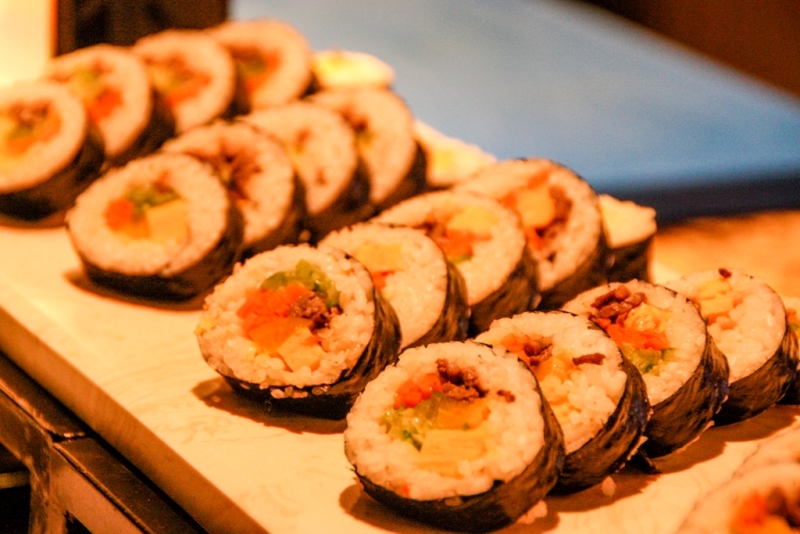 An example is the rice dishes of kimbap (rolled rice) and bibimbap (rice topped with mixed vegetables). To the uninitiated, Korean kimbap might be confused with Japanese sushi as they’re both rice rolled up in seaweed. But the difference is actually in the rice and the filling. Japanese sushi rice is seasoned with vinegar, while the Korean rice is sweeter and flavored with sesame oil. Where sushi uses mainly raw ingredients for its filling, Korean kimbap consists of cooked items like ham, grilled beef and the like. 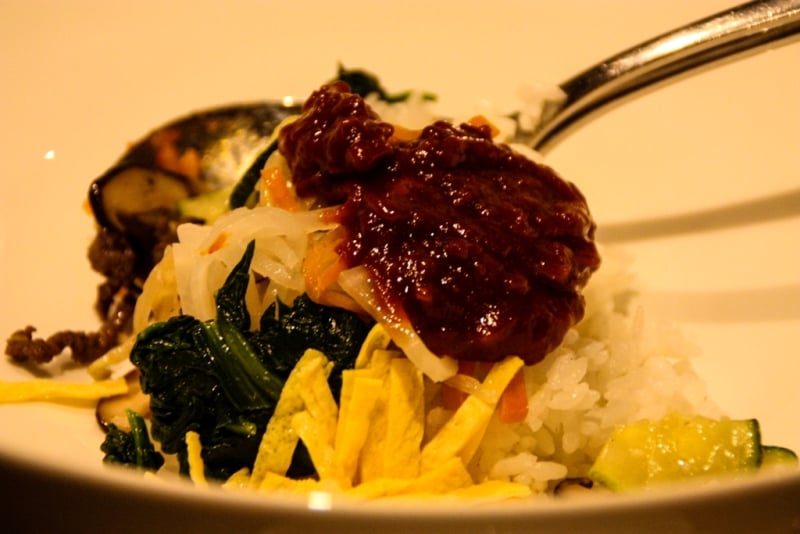 Bibimbap started out as a way to use up leftovers, mixing seasoned vegetables, beef and rice together with a chili paste and sometimes a fried egg for a fast, colorful meal. Because it can incorporate almost anything, bibimbap has become trendy in large cities all around the globe with super healthy options like vegan, brown rice and quinoa versions. 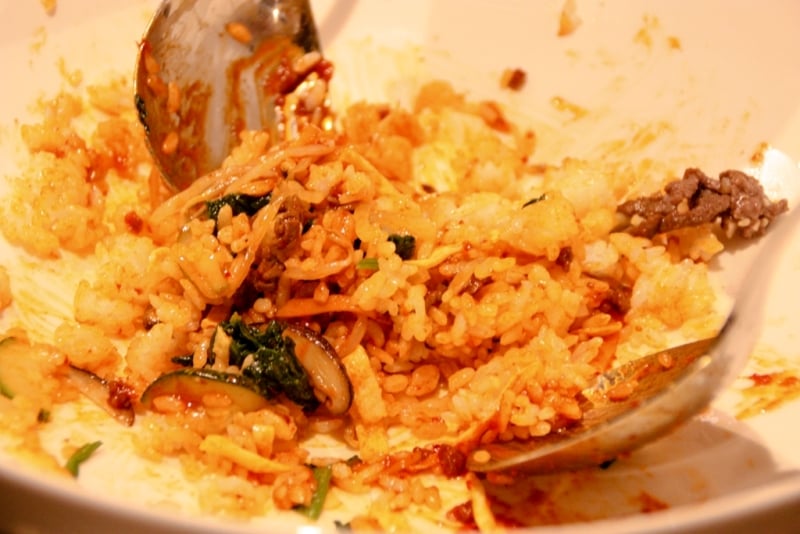 The InterContinental Asiana Saigon is offering a gastronomic adventure of authentic Korean cuisine presented by Korean guest chefs flown in from InterContinental Seoul Coex. Discover a delectable spread of the finest Korean delicacies at their live cooking stations with free flow of wine, beer, soft drinks, tea and coffee.

For every 4 paying guests, 5th guest will be complimentary 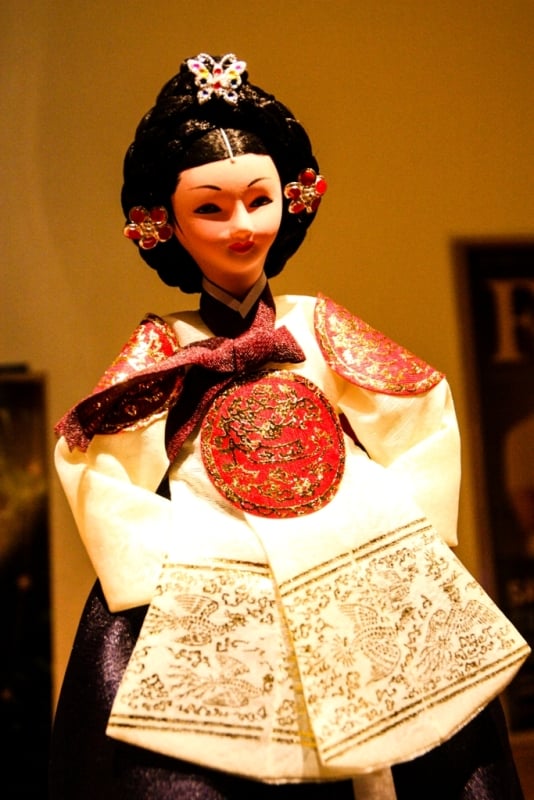