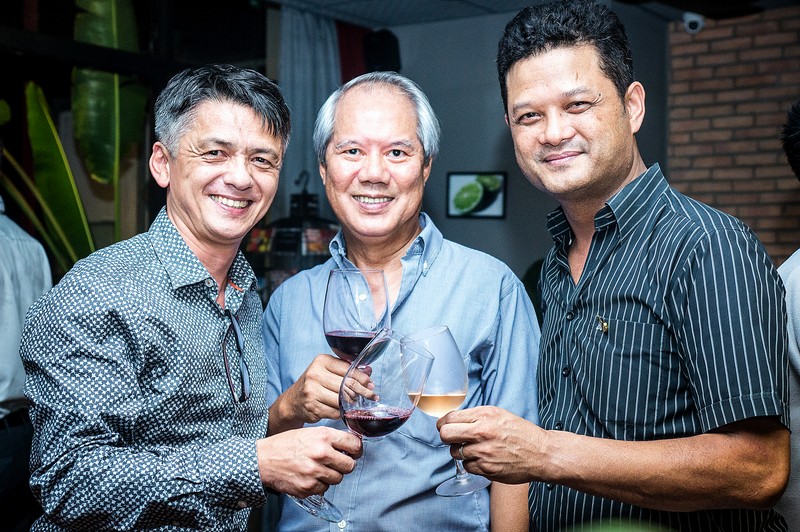 A secret society centered around the appreciation of food, wine and knowledge

For an organization that has been in Vietnam for 13 years and international for close to 60, Disciple d’Escoffier Vietnam is perhaps most distinguished here for being low profile and under the radar. A premier guild of cuisiniers, Escoffier has all the intrigue of a secret brotherhood dedicated to one pivotal cause – an unabashed devotion to the pleasures of fine food and sharing of culinary knowledge. While you may not need to learn a secret handshake or cryptic phrase to pass through the gates to attend one of their prestigious events, the two things that all members must possess are an exemplary sense of taste and a deep appreciation for fine food and wine. The people that constitute the disciples of Escoffier aren’t only chefs, but also wine connoisseurs, food service industry workers, culinary critics and food bloggers.

Disciple d’Escoffier is named after historical chef Auguste Escoffier, who founded the brigade de cuisine, the modern day kitchen system with famous military precision and efficiency. Escoffier is an interesting choice as a patron saint of the kitchen – while he was certainly an exceptional cook in his own right, his contributions to French cuisine have more to do with its broad-scale codification and modernization than with the preparation of individual dishes. He’s unusual among chefs in that he’s revered not for producing an assortment of fine recipes, but for imposing a structure on an entire national cuisine – in many ways, he elevated a grubby trade into an art form, and is probably the individual most responsible for the reputation that French cooking now enjoys as one of the world’s most cultured culinary traditions. 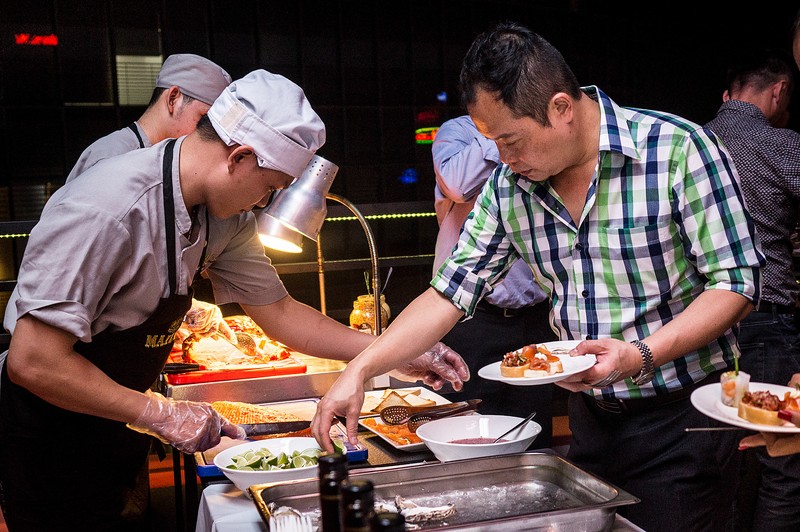 “We learn of Escoffier’s name and his chef’s philosophy in cooking school,” says Sakal Phoeung, Executive Chef at Sofitel Saigon for the last 16 years and the current president of Disciple d’Escoffier Vietnam. “Escoffier believes in the sharing of knowledge, especially culinary knowledge.” This was groundbreaking in Escoffier’s time (19th and early 20th century) where there was no internet and most experts preferred to hoard their treasure trove of knowledge rather than teach it to the next generation, master chefs included.

“Chinese chefs do the same things these days,” Sakal explains. “Family recipes kept secret for generations. An apprentice can spend years doing work under these chefs and then leave with almost nothing in terms of culinary knowledge. He or she is basically back to ground zero. This may not seem like much, but this practice will eventually lead to a diminished cuisine, a diminished culture as pockets of knowledge are lost between generations. French culture and cuisine was very much like that before Escoffier, who preached the virtue of sharing our knowledge with the people who appreciate it. Escoffier was the first chef to state that our culture, our culinary knowledge, we as a society are made greater by this act of sharing, not lesser. We’re stronger together than apart.” 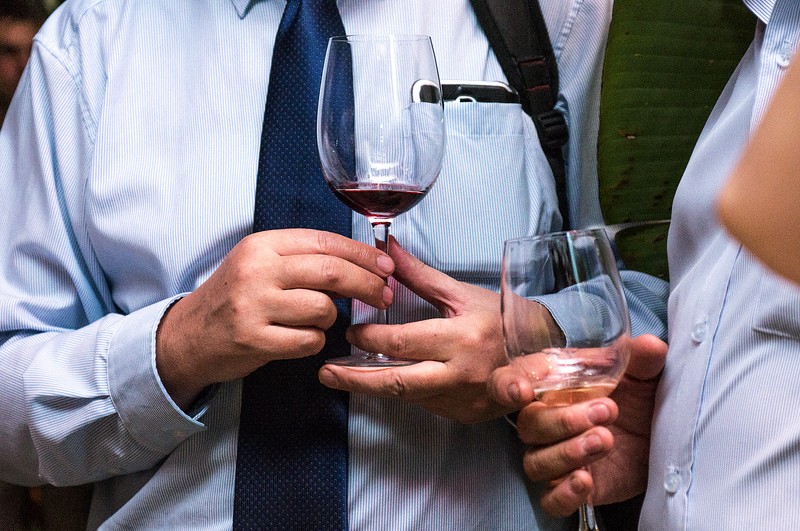 The Tenets
It took 20 years after Escoffier’s death in 1935 for another young French chef, Jean Ducroux of Nice and president of the Fraternelle des Cuisiniers, to take up the mantle and spirit of Escoffier by founding the first Disciples d’Escoffier. It was also under Ducroux that the tenets of Escoffier were laid. One – all disciples of Escoffier must work towards the evolution of cuisine as an art form. And two – all disciples of Escoffier must swear an oath that should they find a promising young cook or cuisinier, they must unconditionally share their culinary knowledge with said person.

“The spirit of Escoffier,” stresses Sakal “is the unconditional sharing of knowledge and a love for fine food and wine. Fine cuisine is an art unto itself. Like music or painting, recipes and tastes can change and evolve through time. There are new recipes every year, new techniques and tools every year. And, of course, if one of our members should learn something new, he or she would share with the other members.” 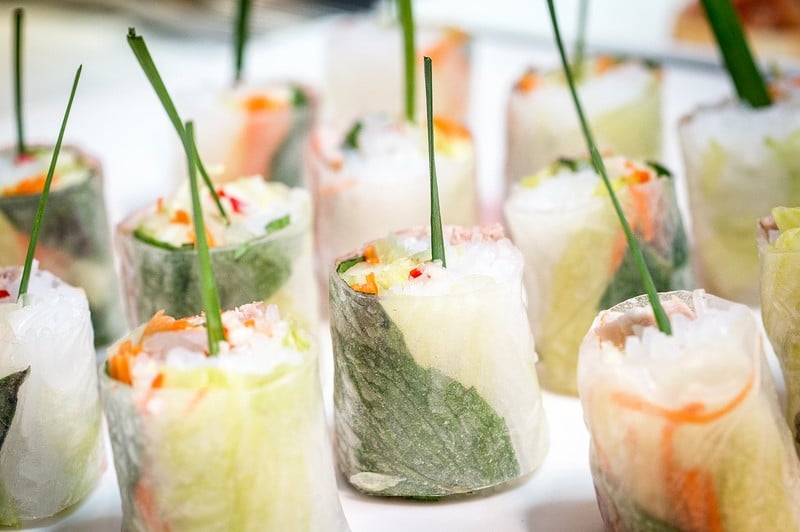 Today, Disciple d’Escoffier is a global famous non-profit organization with branches in over 200 countries and various delegations in specific geographical regions. Aside from promoting haute cuisine and the French L’Art de Vivre, the disciples act as a vast support network for chefs that have just started out.

“Because we have so many established members, we hold a huge amount of information in our network,” shares the General Secretary of Disciple d’Escoffier Vietnam, Thai Tu Tho. “New chefs can come to us for support in terms of where to look for supplies and employees and how to set up a business in particular locations. Our members also tend to be the first diners and constructive critics at a member chef’s new establishment.”

Disciple d’Escoffier’s Vietnam branch was founded 13 years ago in 2002 by Chef Didier Corlou of the Sofitel Metropole Hanoi with roughly 25 members, mainly acquaintances of Corlou in the French culinary circle. Today, the organization has grown to over 70 active members many of whom are Michelin-star chefs at premier establishments such as the Park Hyatt and the Le Meridien Saigon, or celebrity chefs such as Jack Lee or the 2013 Iron Chef winner David Thai. 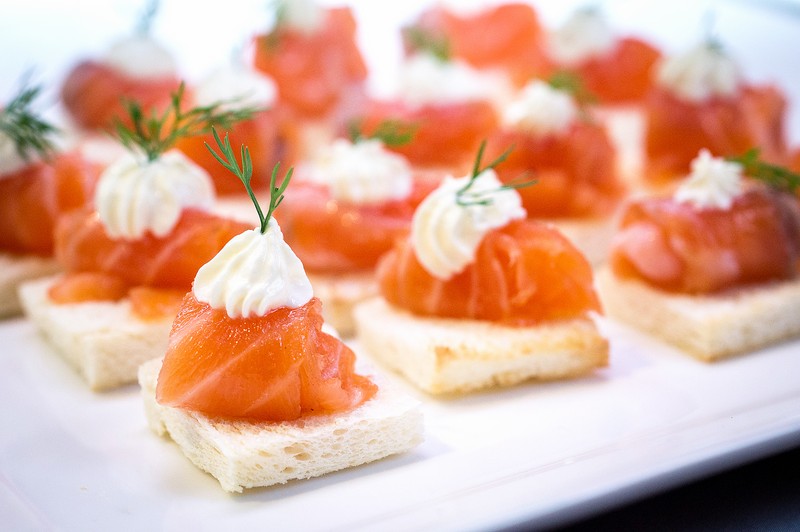 Every year the disciples in Vietnam hold three gala events in northern, central and southern Vietnam to celebrate with other members. Every other month or two, a member of the Saigon branch hosts a party open to both members and non-members. The party theme is up to the host and can be anything from a cocktail and hors d’oeuvres affairs to full out banquets. The food and wine, however, are unfailingly sumptuous as few disciples would suffer being the lesser chefs or caterers in a society of master chefs and gourmands.

“The disciples may have started out French,” says Tho. “But we are very much an international people now.”