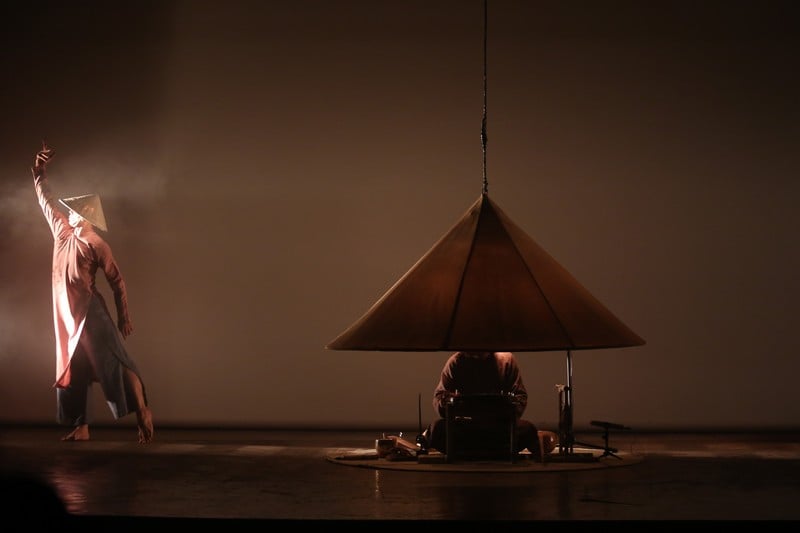 At the premiere performance of Nón in June – held at IDECAF on Thai Van Lung – audiences were treated to a rare fusion of traditional Vietnamese instrumentation and the evocative, sinuous movements of contemporary dance. On their own, these forms tend to be equally impenetrable to general audiences – but in this case, their combination resulted in an unexpectedly compelling and accessible work that’s now set to make waves in Europe.

Nón emerged from a chance meeting between contemporary dancer Vu Ngoc Khai and traditional instrumentalist Ngo Hong Quang, who decided to collaborate after discovering that they’d both studied in Holland (Quang at the Amsterdam Conservatory of Music, and Khai at the Rotterdam Dance Academy). Their eventual performance ran overtime due to the palpable improvisatory energy generated by the artists – demonstrating that whenever two supposedly non-compatible art forms meet, their hidden synergies can be brought into surprising and inspiring relief. 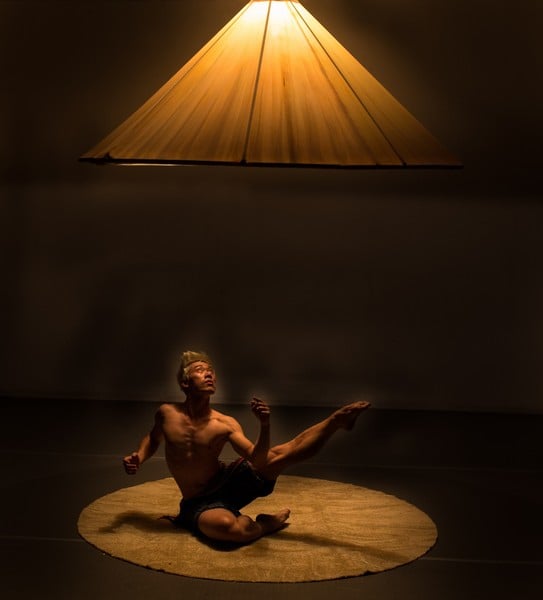 Given the success of the work’s first performance in Saigon three months ago, the pair are now committing to a three-year plan to take the show to audiences overseas in Europe and East Asia, beginning with a date in Luxembourg this December. In a region saturated in modern art, the pair hope to transmit something of the essence of Vietnamese culture in a context that is both familiar and challenging to European audiences.

Nón perhaps represents something new in terms of Vietnamese cultural exposure abroad. While both artists are Vietnamese, and while the musical elements are recognizably traditional at core, the impact of their performance reaches beyond local culture into an entirely novel context. In terms of the dance, Khai – whose extensive training is entirely based on Western rather than Asian forms – works to reinterpret Vietnamese concepts according to his own understanding, while Quang seeks to transgress the traditional boundaries of his instruments. 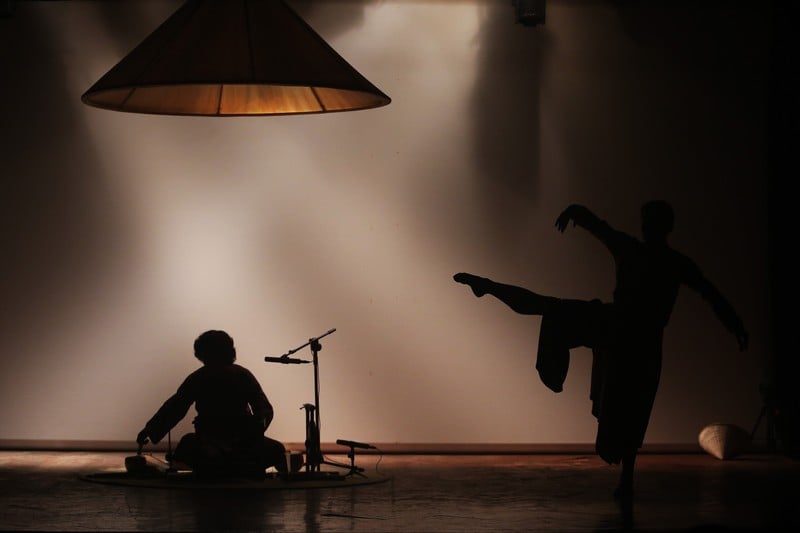 “It’s a bit complicated, how I became interested in him,” says Khai (currently based in Germany) of the genesis of the show. “At that time, he was in Ho Chi Minh City for a performance, and then we caught up and I took him into my studio. We were playing his music, and I was improvising, and at that moment we just felt so connected. It was really so much about feeling.”

After meeting again back in Holland, the pair rehearsed together for over a week to explore the potential of approaching their own culture from a modern art perspective.

“When I work in Europe, I always wonder what makes me different from others,” says Khai, “and that is where I come from. But although I researched a lot to understand traditional Vietnamese dance, I realized that I have to respect it as it is. That’s why I don’t use Vietnamese dance materials for this work. I perform in another way, using a thematic concept to bring the cultural ideas into the piece.” 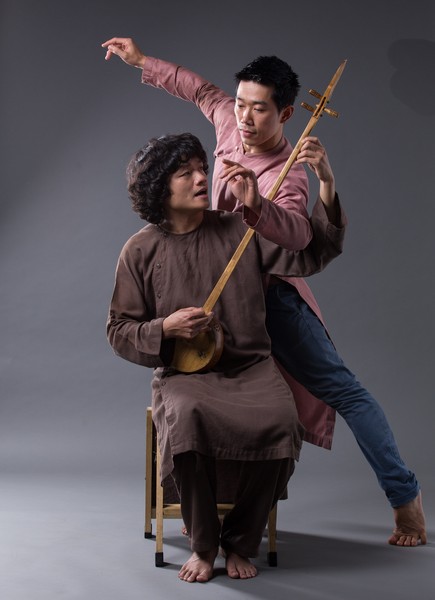 In this case, Nón employs a range of Vietnamese icons to create an atmosphere that evokes and represents, rather than directly transmits, the culture of Vietnam.

“We worked together to find the most Vietnamese cultural characteristics to fit with the idea,” says Quang. “We first identified the rice cakes, bánh chưng and bánh dày, and we decided to focus on them as the first inspiration to create art. But later on we got a bit stuck, and we really wanted to find something else. Then we thought of the nón, the conical hat, as this is a very, very beautiful Vietnamese hat, and it represents a lot of things – like the efforts of the people to try to reach the peak. Sometimes I think that’s the most beautiful concept of the piece. We also decided that we had to have a number of Vietnamese musical instruments as a collection of our different musical cultures. But the main thing I want to do in terms of the music is to focus on using the traditional musical materials to build a creation according to the modern mind, in order to achieve a modern work of art in combination with the movement of contemporary dance from Khai.” 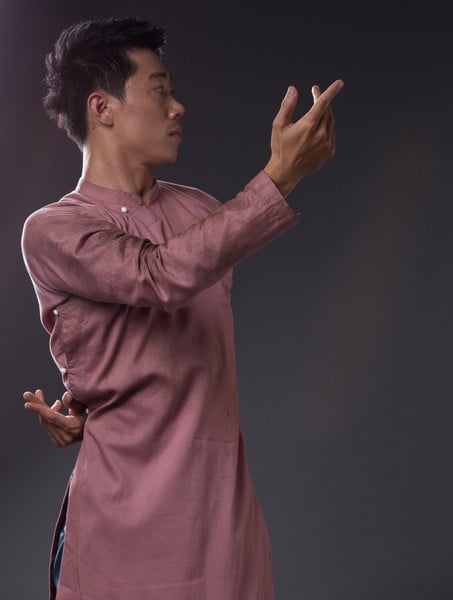 “I focus on the circle and square, which is an idea from the chưng cake,” explains Khai. “In addition, I bring two elements into the piece, earth and water. Those elements stand against each other, but together, they are the start of making life. The rain falls from the sky to the earth to create a new life. I picture them as the father and the mother. When I look up, there is the mother above me, and the father under my feet. I love that image, when Quang sits under the huge conical hat, we sit and stand on the Earth, and above us is the mother covering us, the mother’s hat, the mother’s arms.”

For Quang, it’s not the first time that he’s explored the traditional music of Vietnam from a modern perspective. In his 2011 album Song Hành, Quang teamed up with Dutch musician Onno Krijn to recast Vietnamese folk ballads with contemporary sounds, including electrified traditional instruments and funky, abstract soundscapes. While some listeners felt that Quang was devaluing the ethnic music of Vietnam, Quang still maintains that his work is constructive in nature. 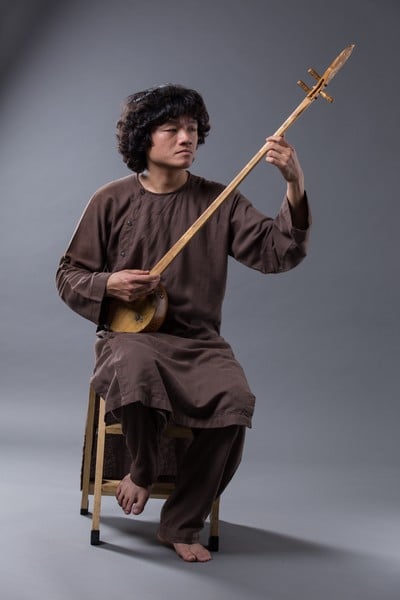 “For Nón, I didn’t use any electronic stuff,” he explains. “Only acoustic, which is related to Vietnamese traditional music too. I wanted to do something really acoustic, while the contemporary aspect is that I go out of the modes, I go out of the scales. I move out, move around to bend the notations or go to different harmonies, to make the atmosphere of the music clearer and clearer and to suit the movement of the dancing. So it’s really something challenging, to go out of the tradition.” 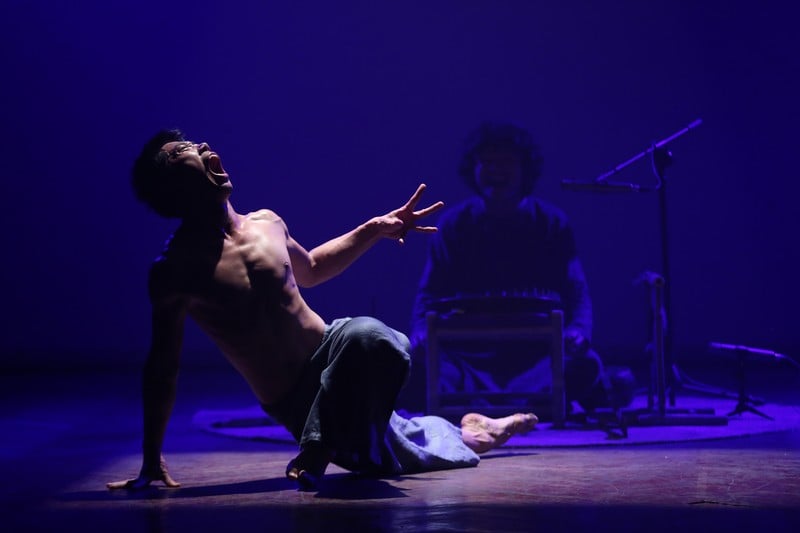 The European performances of Nón will present the work to an audience of up to 300 people and will ideally appeal to a broader audience than ethnic Asian music tends to attract in the region.

“I think that young audiences here in Europe will be interested in this show,” says Khai. “If you just take a look, yes, it’s contemporary dance, but it’s very much connected in that once the music starts, I am a note of the instrument. So what the audiences hear and can see is not really an abstract thing. The audience just gets into it by watching and listening to the music at the same time, in the way of taking it inside the body.”

“At the same time, people are very curious,” he adds. “Young people love seeing a different culture. I’m not sure that many young people here even know where Vietnam is. We’re far away, and they just know that Vietnam is in Asia. So in a way we want to bring Vietnamese culture into Europe and everywhere around the world.”