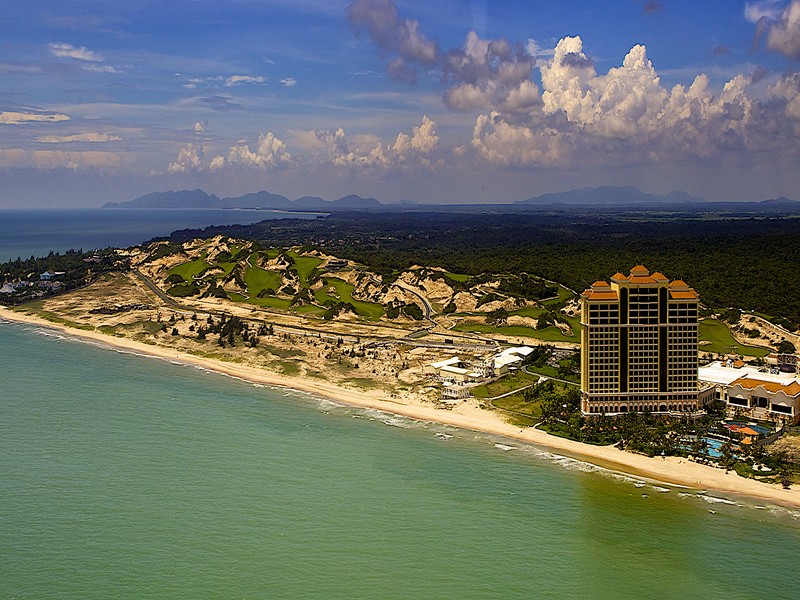 Why an Asian Tour event, and why now?

We decided to embark on this journey to promote this wonderful country that we live and work in. The event will be broadcast in 190 countries worldwide and into over 650 million households. We also want to help grow the game on a domestic level. And what better way to do that than by bringing in some of the world’s finest golfers to inspire juniors here in Vietnam?

As for why now, ever since our hotel opened in 2013 – and even before that, really – we have been focused on making the Ho Tram Strip a magnet for tourism in the Asia-Pacific region. Not years from now, but as soon as possible. To do that, you need to get the word out. Hosting an event like this enables us to do that to great effect. It’s a powerful platform, and it’s an opportunity not many resorts have, as very few – especially ones here in Asia – have golf courses of this caliber, designed by Greg Norman, on a spectacular piece of seaside property.

How would you describe this event to a non-golfer?

As the ultimate entertainment experience. It will basically be a week-long celebration of what the Ho Tram Strip has to offer, with world-class golf on display during the day and a host of glamorous leisure opportunities at night. That’s why the slogan for the event is “Asia’s Grandest Stage.” The Ho Tram Open will be the stage for one of the grandest weeks of entertainment in all of Asia.

Could this be considered the start of big things for Vietnam and golf?

There’s no doubt about it. The Ho Tram Open is the richest sporting event in Vietnam’s history, with USD1.5 million up for grabs. Some of the world’s best players will be competing, from 2016 Ryder Cup captain Darren Clarke to perennial world top 10 player Sergio Garcia to Bluffs ambassador Robert Rock, who has won twice on the European Tour. As anyone who works in the golf industry knows, there’s no better way to grow the game of golf on a local level than through hosting a big-time event. Being able to watch the pros is what inspires kids to learn the game themselves. We look at that as a responsibility of ours. Who knows – very soon we could have our own Robert or Darren or Sergio playing on the European and US tours.

What do you think the lasting legacy will be following the Ho Tram Open?

We’ve got a three-year agreement with the Asian Tour, and every intention of maintaining that relationship for many more years to come. Our goal is to create a strong degree of synonymity between the Ho Tram Strip and the Ho Tram Open. When people think of one, they also think of the other. And when they think of either, we want them to think world-class. As in, world-class event, world-class destination, world-class entertainment, and so on. That’s why we’ve partnered with Troon Golf, the world’s premier golf management firm. We are committed to making this event the best on the Asian Tour calendar and a source of tremendous pride for Vietnam.

If you had to describe the event in three words.