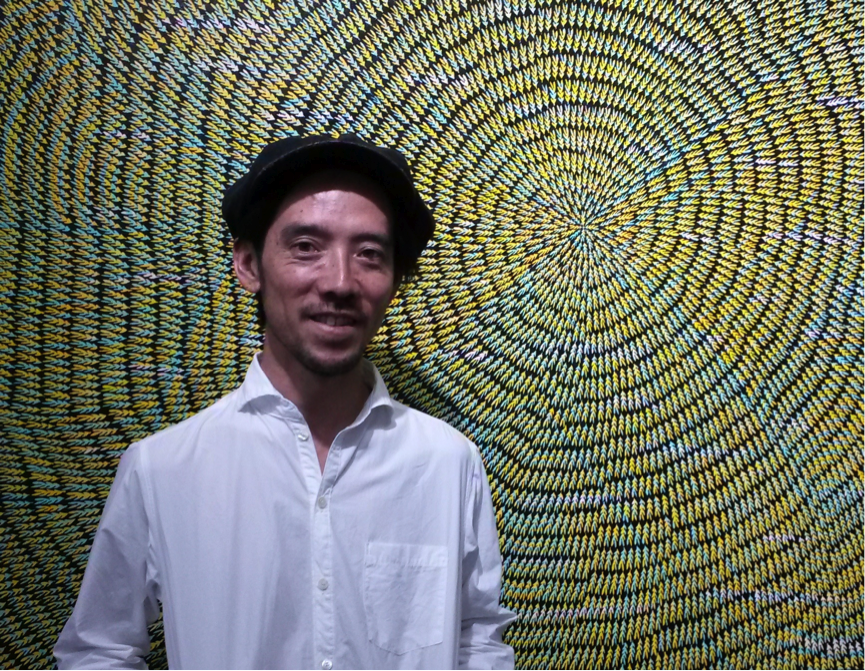 The healing power of art

At VinGallery’s latest exhibition, an artist’s work points towards the healing power of nature in response to human catastrophe. In response to the Fukushima nuclear disaster in 2011, Yohei Yama, a Japanese artist based in France, was inspired to celebrate nature in his work. His latest collection, currently exhibited at VinGallery, is entitled Semiosis – a series of swirling patterns with hidden meanings. Semiosis refers to any activity that involves signs, particularly associated with the production of meaning through signs and sign relationships. Yama chose a small tree as his sign, symbolizing the power of nature, its creative force and its inspirational presence.

“When the Fukushima accident happened, I was so shocked and could not paint for many days,” says Yama. “Suddenly the motif of small trees came into my mind. I don’t know why but the more I drew the more my energy overflowed. Then I realized this is a healing for me, for people, for nature that humans destroyed.” 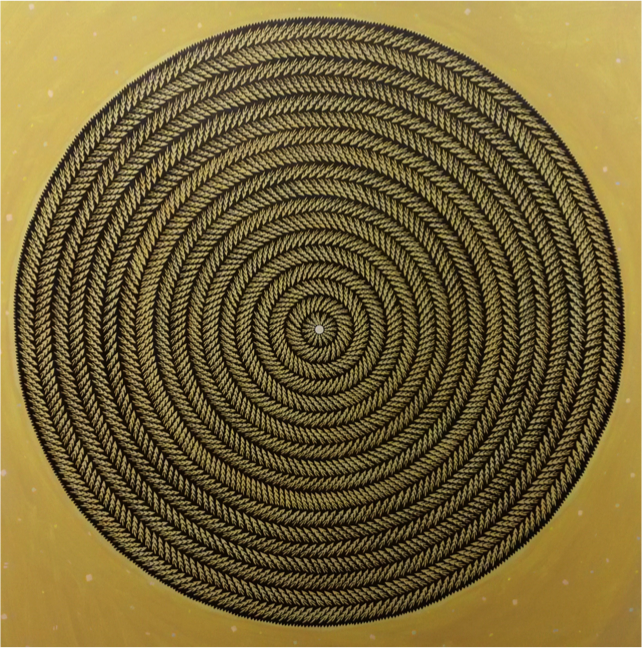 There’s an energy to his paintings that inexorably draws the viewer in. His dizzying spirals and concentric circles often converge upon a central orb: the sun, the moon and the Earth. Closer inspection broadens one’s periphery, the organically ordered chaos surrounding the focal point giving rise to newly shimmering visions that flicker with energy as one moves closer to the canvas.

Yama’s work is often said to have been influenced by the optical art (Op art) movement, which rose to prominence in the 1960s, but his creative process is more organic. The focus of Op-art is to create an optical illusion whereas Yama plants his trees individually, they grow into a mighty forest, and the shimmering, effervescent effects produced are a consequence rather than a goal. 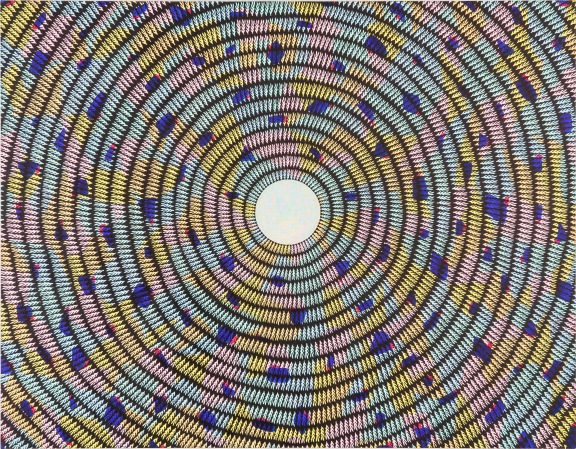 Splashes of color then elucidate the deeper meaning of each piece. The shards of deep blue that adorn Starship Earth are asteroids surrounding the central star. Here, nature points towards an optimistic future. Yama also unabashedly states he has always thought that “space is cool.” This blend of playfulness and sincerity is evident throughout the exhibition.

For me, the highlight of the exhibition is a piece called Light Wind Tree (pictured above with Yama). The tree motifs combine to form the cross section of a large, sturdy trunk, while behind them, blue and yellow hues, highlighted by flourishes of pure white, depict gusts of wind. This half-hidden driving force hints at a new direction in Yama’s painting. 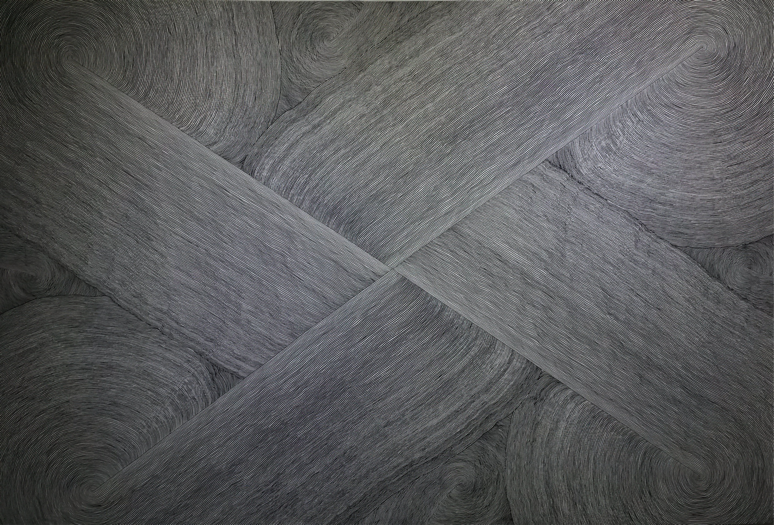 As nature reclaims Fukushima in the wake of human catastrophe, Yama’s work has evolved again. He now floats with the wind that drives life, from birth to death, blowing life-giving rain to all four corners of the earth.

Text and Images by Alex Green