She is a supermodel, author, UNICEF Vietnam Goodwill Ambassador, singer and television host, but who is the real Ha Anh?

As the lights above the catwalk begin to sparkle, the evening’s big names strut forward in pairs, all leather and dusky cottons and denims. It’s launch night for Harley-Davidson’s Black Label fashion line – and the hottest name on stage is supermodel Vu Ha Anh, a tower of curves and confidence with her cherry-red locks and big shades, her hips cycling ahead like pistons as she flashes her metal salutes at the crowd and belts out the brand’s catchphrase with a maniacal cry, are you ready to live outside the lines?

As the event’s host, she’s the focus of every single guest, every high-profile celebrity and lucky media invitee transfixed by the show – and yet, just 24 hours beforehand, she was only mine, plain-faced and worn-out after her six-hour crimson dye, nothing of the slinkiness and sultriness of her public image; a different woman entirely. I wasn’t there to ask her about her latest big fashion shoot or to milk her for juicy gossip – instead, during our hour together over coffee, we chatted about writing. The real Ha Anh, as it turns out, isn’t at all about high heels and bikinis: in fact, she’s a bit of a book nerd.

“I love writing”, she enthuses, as she tells me about one of her proudest achievements to date – not modeling for Madame V Lingerie or taking to the runway for the Paris Ethnic Fashion Week, but rather publishing her first book, Là Tôi, Hà Anh – It’s Me, Ha Anh. In part an emergence from her blog of the same name, the book is rare in the celebrity world for not having been written by a ghostwriter, and it reflects the model’s literary background – she’s the granddaughter of Vu Tu Nam, formerly the head of the Vietnamese Literature Association and a famous author; her grandmother Thanh Huong was the editor of a women’s magazine, while her father works in the film industry and her mother is a journalist.

“As a kid we were always encouraged to write, when we were little, to read and to write”, she says. “We would write poems and short stories. My grandparents desperately hoped I’d be a writer. Or a journalist like them. But part of me wanted to different… I thought, I’m not going into a specialist literature class. I’ll go into the English class. But I love literature.”

“My book is actually a lot of different stories”, she explains. “It’s random stories; it doesn’t have a structure. It’s broken down in chapters, like how you feel, like finding your destiny. A chapter about travelling, a chapter about love, a chapter about family. That as a whole – it’s me. A lot of people said ‘oh, you’re very arrogant, why would you write a book about yourself?’ I say well, everyone’s looking for themselves. The way I say ‘It’s Me’, I hope that everyone will find their own identity in my stories about everyday life and how I see it. My stories are very gentle and loving, and through them, people see a different me.”

It’s hard to reconcile the smoking hot images of Ha Anh that even a cursory web search will bring up (do not try this at work) with the charmingly goofy aspiring author sitting across from me at coffee. She agrees completely that she has a split personality – but it’s a very conscious divide.

“I see my public life very much as work”, she admits. “It’s work – and I’m not faking it, but when I give people energy when I perform, it’s just what I do. I treat it very seriously. But when I’m out of the public light, I’m a very intimate person, and I only want to share things with the people whom I like or love. I don’t like to go in public places and hang out or meet lots of people. Sometimes I think of myself as being very antisocial. I don’t want to sit and smile with people, I just want to be in my own zone.”

Actually, the divide between the glamorous Ha Anh and her plain-Jane alter ego couldn’t be more distinct. Far from being groomed as a model or entertainer, Ha Anh’s English studies and good family background saw her enrolled in a very fine British school, where she read in marketing. Initially with zero interest in fashion or makeup, the thought that she might actually be beautiful never even occurred to her – and being rather taller than average was initially nothing she was particularly thrilled about. It wasn’t long, however, before she became aware that the opportunity was there to follow a different path than the one her studies were taking down – but with a grounding in core marketing principles, she arrived on the modelling scene pre-packaged with a full understanding of how the business works.

“I see myself as a brand”, she admits. “I think that nowadays being a beautiful face or having a beautiful figure doesn’t count for much. A brand nowadays, that’s the global idea of the supermodel, having a celebrity there to represent a lifestyle. To achieve that lifestyle, you need to have character and personality. That’s what you bring to the table. Can you influence people? Do people admire the way you live, the way you think, the way you present yourself, the way you love, what you eat? That’s all a money-making business.”

“Actually, I never thought before that I was beautiful or attractive at all as a teenager”, she adds. “But being a model, you start to be more aware of your body, of who you are as a woman, what kind of beauty you have. So it makes you more confident, it makes you more aware of how to keep your figure, and then you make yourself look better as you grow.”

Looking at Ha Anh’s body of work, with all its hungrily sensual gravity, it’s somewhat jarring to understand it all as a marketing exercise. That, it has to be said, is part of the mystique of the fashion business, just a function of how it brushes its glamors on top of everyday lives – especially those of its own models. That’s far from saying that Ha Anh’s performances are disingenuous, however – on the contrary, she’s probably more passionate about the business itself than you’d expect from her pictures.

“I feel like when I’m committed to something, I don’t look at other options”, she says. “It’s like when you’re in love with someone, you don’t look at another person, right? I’m very focused in how I see things, and to me although modeling wasn’t my first choice, at the same time I didn’t know what else I could have become. I studied marketing just because I felt that I wanted to be creative, so I thought that maybe I’d work somewhere in advertising so that I could fit in, so that I could bring my ideas to the table. Now, looking back, would I be able to cope with an office job? I don’t think so. I think I’m not built for it.”

As one of Vietnam’s more international figures – one of the country’s very few showbiz exports – she’s not always viewed kindly back here at home. She has no hesitation in saying that there is no fashion industry in Vietnam (“we’re still taking baby steps”, she clarifies), and she claims that her assertive nature is not always understood in this country.

“People who’ve not worked with me, because they see you in magazines all cold and looking as fashion portrays you, they mistake you for that”, she says. “I have a different way of expression from other Vietnamese women. I’m a woman who can speak my mind and is sometimes not afraid to talk back. It’s not in our culture to speak back to anyone at all. People say you’d better just sweat it out or shake hands and not say anything to keep face. I think that for me, I’m quite an idealistic person. Maybe it’s because of my grandparents. Sometimes I ask myself why I can’t just be quiet about something – because I know that sometimes if you can swallow things in certain situations, it will be economically better for you.”

“But my belief is that Vietnam is very young in terms of fashion”, she continues. “I’m lucky enough to have the exposure of living abroad for ten years, and I know what it takes to be a model, to do casting, to be rejected, walking around and doing different jobs. I know that, and I want to tell people that this is a serious job, like being able to appreciate a creative person in any other field. To me, it’s important to me to speak up and get fairness for people who are in a lesser position than me who don’t know what they should get, what they deserve to get for different things. Sometimes I feel it’s my duty to speak up, although I know that sometimes it goes against my personal benefit.”

If our coffee and the fashion show have proved anything to me, it’s that there are two Ha Anhs. There’s the performer who is very clear about the pomp of the business, and then there’s the somewhat reclusive writer figure. I have to admit that I like the latter more, but it seems that in mild-mannered Ha Anh’s next book the two will meet at last – although perhaps not quite in the way one would expect.

“It’s about living in a man’s world”, she enthuses, back on her favorite subject. “The world I live in is men. All men. I act like a man, because it’s a business world, a world where you have money, where you travel excessively. Sometimes I think exactly like a man, because that’s how I’m groomed to be.”

There you have it – Ha Anh, groomed like a man. Google her fashion shots and see if you can believe that.

Everyone likes a great pair of sunglasses. Whether you prefer an aviator style, wayfarer frame, or sizable geometric shape, lenses can come in various color shades. And if anything, you can never judge a sunglass by its color, at least not when it comes to eye protection. During the manufacturing process, sunglass lenses are treated 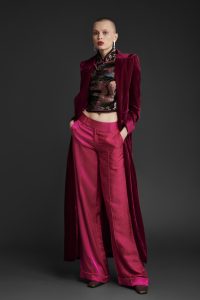 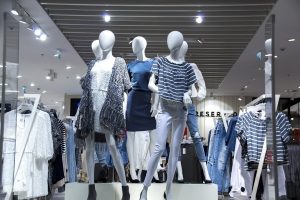 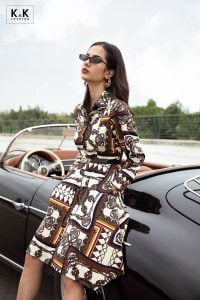 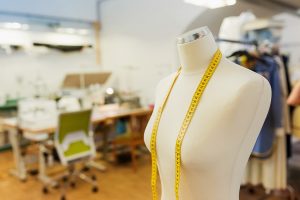 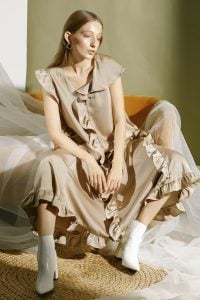