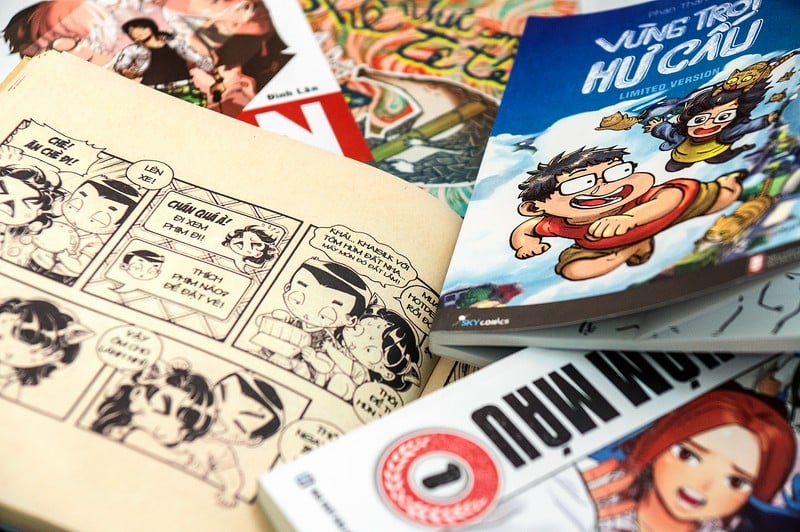 The first comic book series published in Vietnam was in December 1992; 23 years later the first comic book company founded entirely by professional comic artists was launched. While Comicola (short for Comic Online Alliance) is a young company, opened in January 2015, it has already gained the status of its Western counterparts Marvel and DC Comics, at least in Vietnam. The reason for Comicola’s incredible surge of popularity is two-fold: its commitment to developing a sustainable comic book industry in Vietnam and it has funded and published seven different titles.

Their first publication was the revival of Long Than Tuong, a popular title highly praised for its distinctive artistic style, creative plotline and propaganda-free, faithful rendition of Vietnamese history. However, the series was also famous for being canceled, despite its huge fanbase, after a year of publication on the bi- monthly comic magazine T3. The reason for its cancellation is the same problem that has plagued the local comic industry since its conception: the lack of financial sustainability. 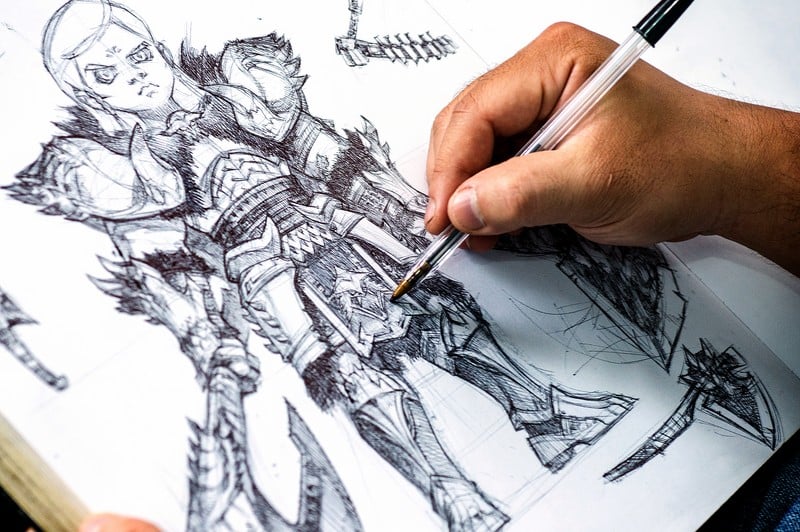 “We wanted to publish Phong Duong Comics’ Long Than Tuong, but no publishers would give us the time of the day, so we thought the only way we could make Long Than Tuong see the light of day again was if we were to publish it ourselves and somehow sell enough copies to guarantee a second volume,” says Hoang Anh Tuan, co-founder of Comicola and team leader of BRO, a professional comic book group with more than 10 years experience.

“I have worked as a comic artist for more than 10 years. Speaking from experience, I do not know of any comic artists or groups that can make a living from writing and selling comic books in Vietnam other than my own,” Tuan claims. The industry here suffers from both a lack of backing capital and profitability. 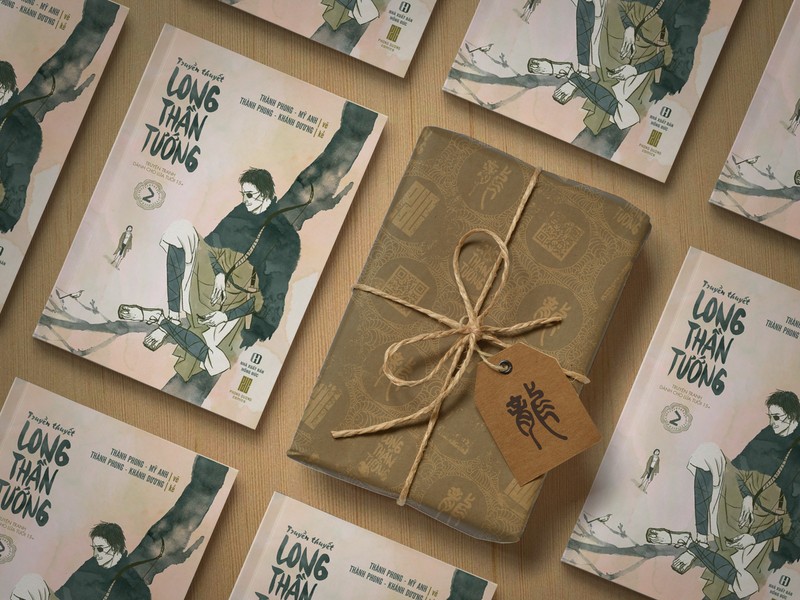 “For imported titles from Japan, China, Korea or America, the production cost is lower and most series already have some reputation and fanbase to guarantee enough sales. For locally-grown titles however, not only are the production costs higher, the reader pool is also smaller. And that makes Vietnamese comic books poor investment options,” he adds. “Most publishers and investors realize that pretty quickly. Even a big name title like Long Than Tuong is no exception.”

Traditional publishing is not an option, according to Tuan. Fortunately, modern technology offers an alternative. “Self- publication with crowdfunding for capital and marketing costs is the answer,” he explains. “In 2013, when I heard that Phong Duong wanted to publish Long Than Tuong again and was looking for a publisher that believed in them, the answer came to me. Vietnamese investors aren’t necessarily people who love and intimately understand comics whereas the people who love and breathe comics – the artists, the fans, us – don’t have the financial resources to fund its publication. In the traditional model, the artists were left at the mercy of the publishers and investors because of their lack of financial independence. But modern publishing has changed. Crowdfunding platforms like Kickstarter or Gofundme have been incredibly successful. The balance of power has shifted from big investors to a community of dedicated fans. So I called up Phong Duong Comics and proposed my plan to them. They agreed very quickly and together we drew up a plan to crowdfund and publish Long Than Tuong. If the model succeeded, we would then establish a comic book company on that proven model.” 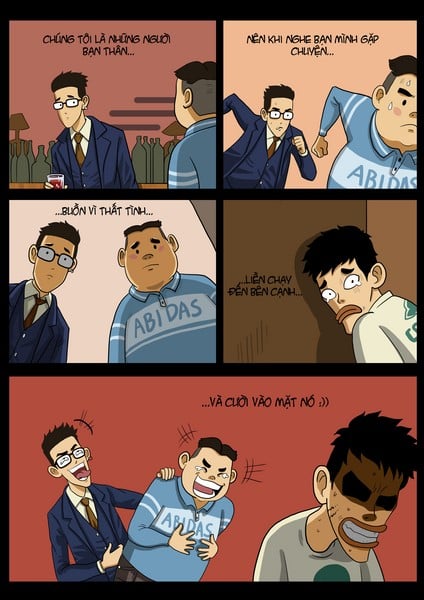 On November 20, 2014, crowdfunding for Long Than Tuong started and, because of its existing fanbase, the event was covered by the media and, within six weeks, the two raised VND330 million, making it the first and most successful crowdfunded comic project in Vietnam to date. Publication for the title started soon after and by December 31, 2014, the first volume was once again available to fans after ten years of absence. Following this success, Hoang Anh Tuan of BRO, Nguyen Khanh Duong of Phong Duong Comics and ‘Black Cat’ Dang Ngoc Minh Trang created Comicola. Today, the company has 31 artists working for them and has successfully published six additional titles, each with a crowdfunded investment of at least VND100 million.

Their website receives 100 to 200 orders daily, but Tuan believes the young company must do more. “As of today, we have not broken even. The crowdfunded capital helps with the cash flow but it’s not enough,” he confesses. “The comic magazine model in other countries works because they have advertising potential. In contrast, there are few businesses in Vietnam that would want to advertise in a comic magazine.” 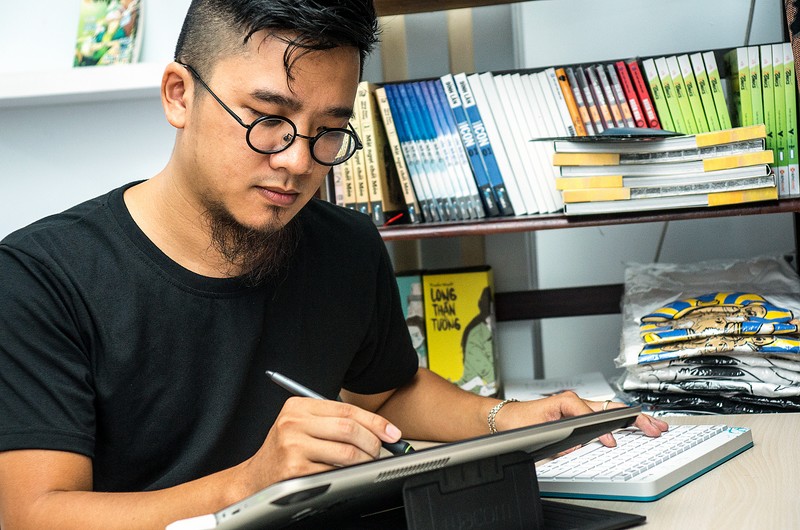 Comicola has started seeking other sources of income aside from book sales. “The crowdfund model allows us to sell other things aside from just the comic book. We can sell extras like T-shirts with painted comic characters or figurines. We are also testing online ads. In the long term, we plan to create a dual system of online and offline comic book production. The comic book industry in Vietnam is very much a wild zone. To survive, we need to create a harmonious ecology.”