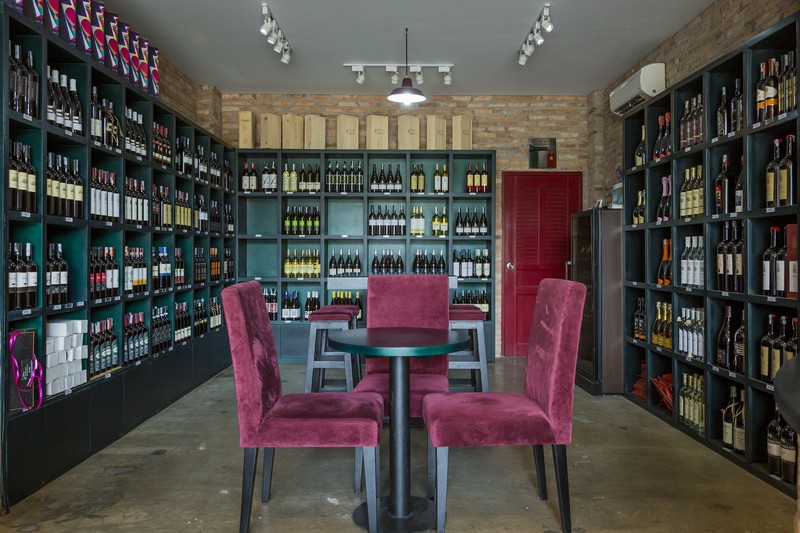 Italy is one of the world’s largest wine producers and is home to some of the oldest winemaking regions in the world. However, it remains relatively unknown to the Vietnamese market. RubyRed Italian Wine Store (206 Nguyen Van Huong, Thao Dien, D2), wine boutique specializing in imported Italian wines, is attempting to change this one customer at a time.

Managed by Italian duo Christian Boarin and Mirko Traini, with accountant Nguyen Phuong Hang, RubyRed is the public face of Viet-It Wine, a wine importing company based in Hanoi. Viet-It Wine supplies 90 percent of the Italian restaurants and cafés in Vietnam and in recent years has been making significant headway with many French and Japanese restaurants belonging to five-star hotels in Saigon. While Viet-It Wine has been around for ten years, the Saigon boutique has only been open for two. “The market in Saigon is ten times bigger than the one in Hanoi,” he claims. “The weather here is also more conducive to enjoying fine wines. People here go out more, so consequently they drink more. Opening a wine boutique here is simply the logical choice for us as a business,” says Christian. 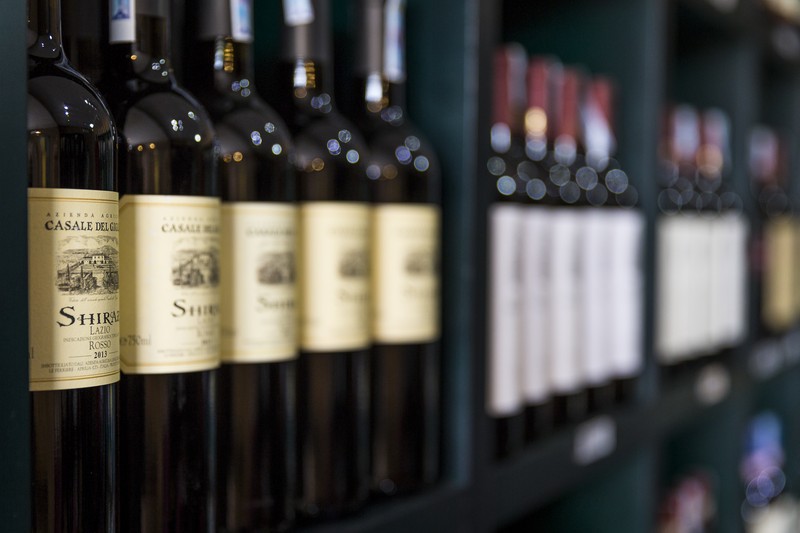 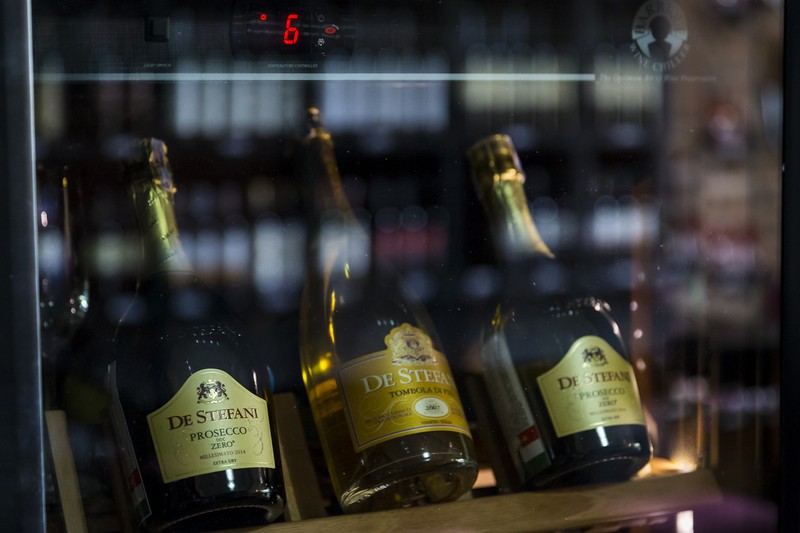 The wine boutique houses hundreds of bottles, all imported straight from Italy, and through Viet-It, has exclusive partnership with 14 different winemakers from nine winemaking regions in Italy. “There are thousands of winemakers and brands in Italy,” says Christian. “We have bottles coming in from all the best winemaking regions in Italy. We have bottles from Piedmont, from Lombardy, from Tuscany, and more. What we have in this boutique is the best that Italy has to offer. Of course, our number one goal is to do business, but second to that, we also want to introduce Italian wines and rich culture to wine lovers in Vietnam.” 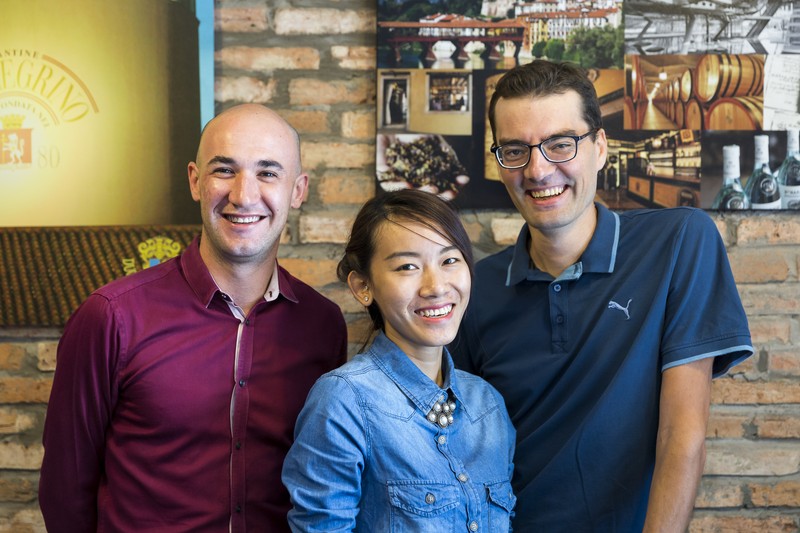 According to Traini and Christian, RubyRed is designed not only as a wine store but also as a place where people can discover and enjoy Italian wine and culture. For this reason, every bottle in the boutique has a story behind it. For example, their main star is La Scala’s Bellavista Vittorio Moretti, a pricey Franciacorta Champagne with a price tag at over VND5 million per bottle. Behind this sublime blend are veteran winemaker and sponsors Armani, Gucci and the Theatre of Milan. The same bottle of Bellavista Vittorio Moretti Extra Brut 2008 that RubyRed offers is also served during Milan fashion weeks. 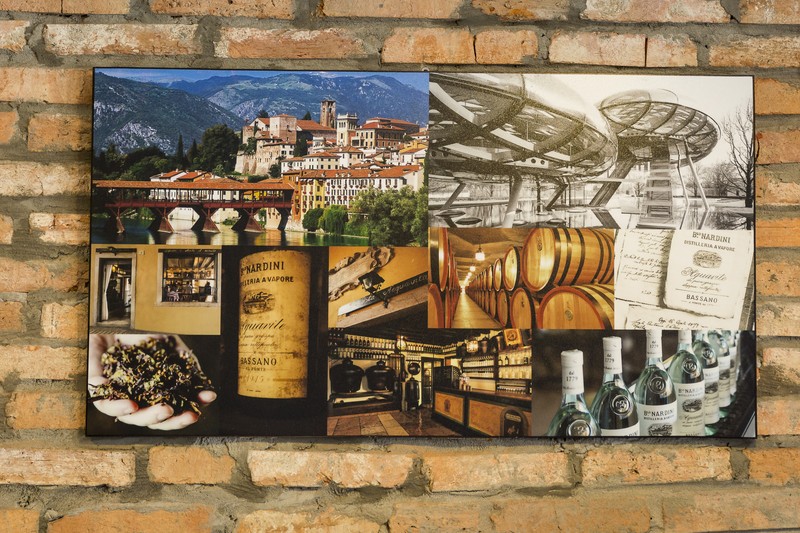 On the lower side of the price range, at under VND1 million, Leone de Castris Five Roses Rosato Salento is the only rosé wine on offer. This charming pink bottle has a history dating back to the turmoil of World War II. Created during a time when Italian people and business were so poor they couldn’t afford to put their wine in glass bottles, the Five Roses was instead poured in used Coca-Cola or beer bottles. When American troops came to liberate the whole territory from the Nazis troops, they became so enamored with the unique flavor of the Five Roses that their demand eventually catapulted the then household brand into the first Italian wine to be bottled and exported to other countries. La Scala’s Bellavista and Leone de Castris Five Roses aren’t the only bottles with a story or history behind them. As Christian and Traini proudly claim, RubyRed’s number one priority is quality of service. Its second priority is to promote the names and culture of Italian wines in Vietnam. “Business is booming,” says Christian. “We have had many happy customers and likely many more to come. Our next step is to open a second store in a location closer to the city center.” 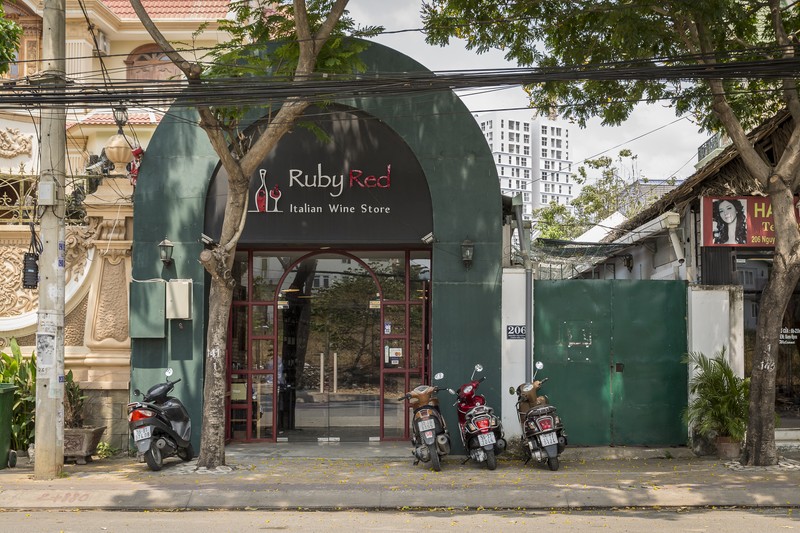