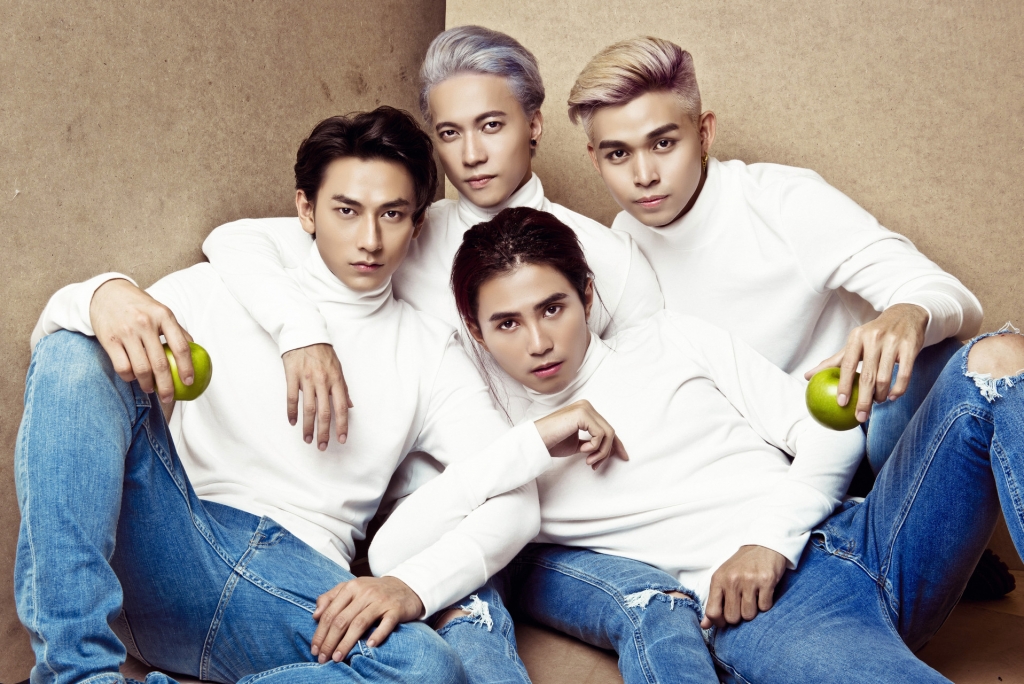 Vietnam’s biggest boy band is at the top of the charts again, but not for their music

It’s sometimes jokingly said in publishing circles that there are never any guarantees in putting out a bestseller, unless of course you happen to be some kind of celebrity. For most authors, this is just one of the grim realities of a life devoted to the craft of writing — but for those who actually do happen to be in the public eye, it’s a very useful piece of information to have. Most international publishers will jump at the chance to put out a film star’s retrospective or a sports idol’s biography, for the simple reason that sales to a pre-existing fan market are pretty much guaranteed. Not so in Vietnam—in an industry long-since dominated by political memoirs and carefully-checked manuscripts towing the Party line, the kind of celebrity publishing that rakes in millions from the reading public overseas is still very much in its infancy here.

The recent release of Nhung Nguoi La Quen Thuoc (Familiar Strangers), the story of popular Vietnamese boy band 365, is perhaps a sign that Vietnam’s most prominent publisher—Phuong Nam books—has at last woken up to the potential of book marketing based on popularity in the entertainment business. Written by a member of the band, Jun Pham, and given a generous (for Vietnam) initial print run of 10,000 copies, the book—which traces the development and experiences of the group since their formation five years ago—is the first of its kind to land on the local market. Virtually a sell-out within its first weeks on the shelves and already right at the top of the charts, it has already demonstrated that a publishing model long-since proven gold in Western markets is just as solid here in Vietnam. 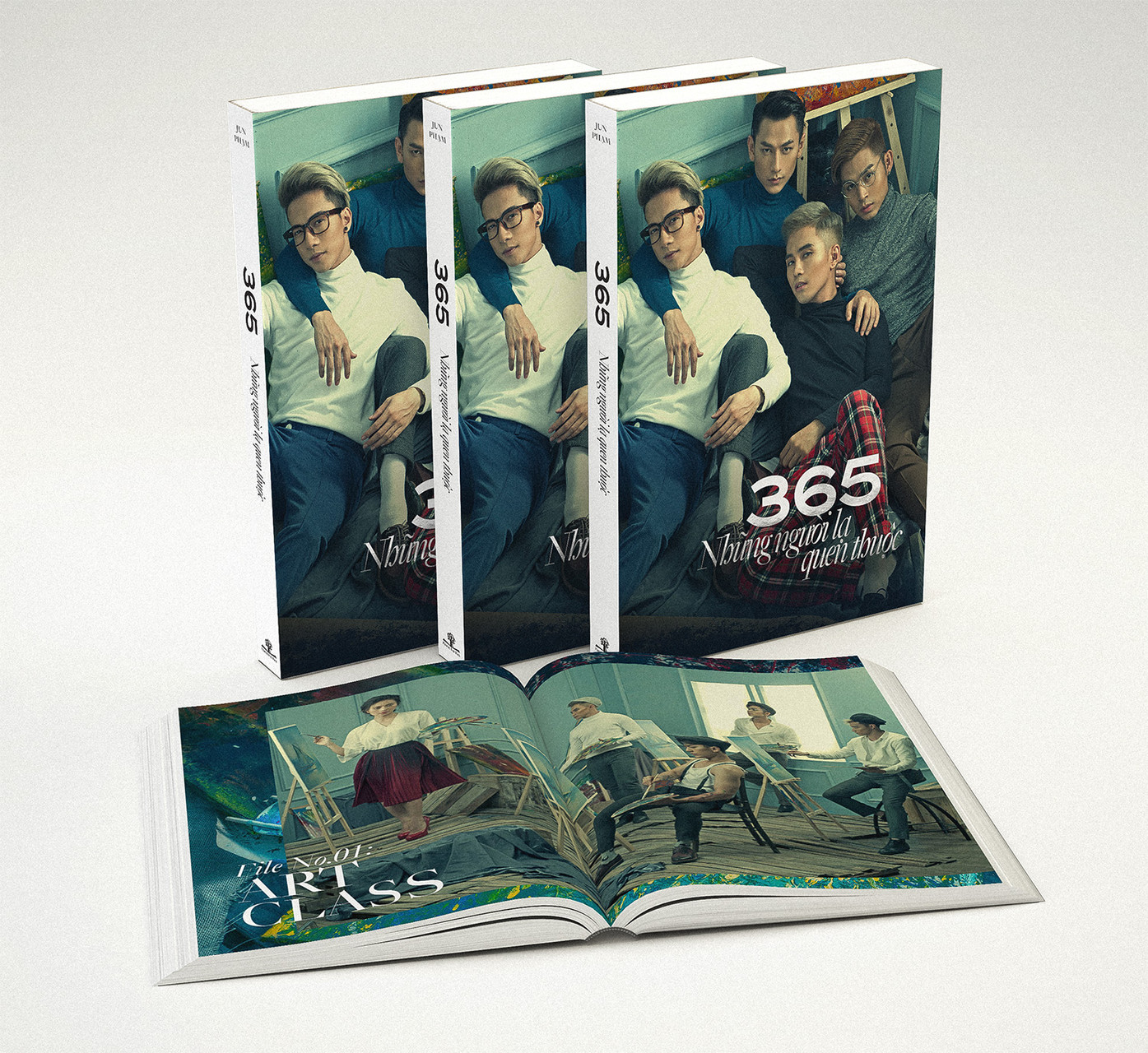 365’s band leader Isaac, who is currently working with his co-performers to promote the book nationwide at a series of signing ceremonies organized in cities throughout Vietnam, is remarkably candid about how the book is proving a fitting swansong to a hardworking group of young entertainers who will this year be separating to pursue their own solo careers.

“I did see other books like this one, from One Direction, and some other artists,” says Isaac, “But to be honest, I didn’t think about it before. Five years is not a very long time, we haven’t achieved anything so big as to be put in a book. But, if we don’t do it now, we’re not going to have another chance. So I had to forget all the stupid things in my mind about how small we are. We just wanted to do something as a souvenir. Something that, when you get older and can’t remember anything… I can read it and I may remember this beautiful time of my young life.” 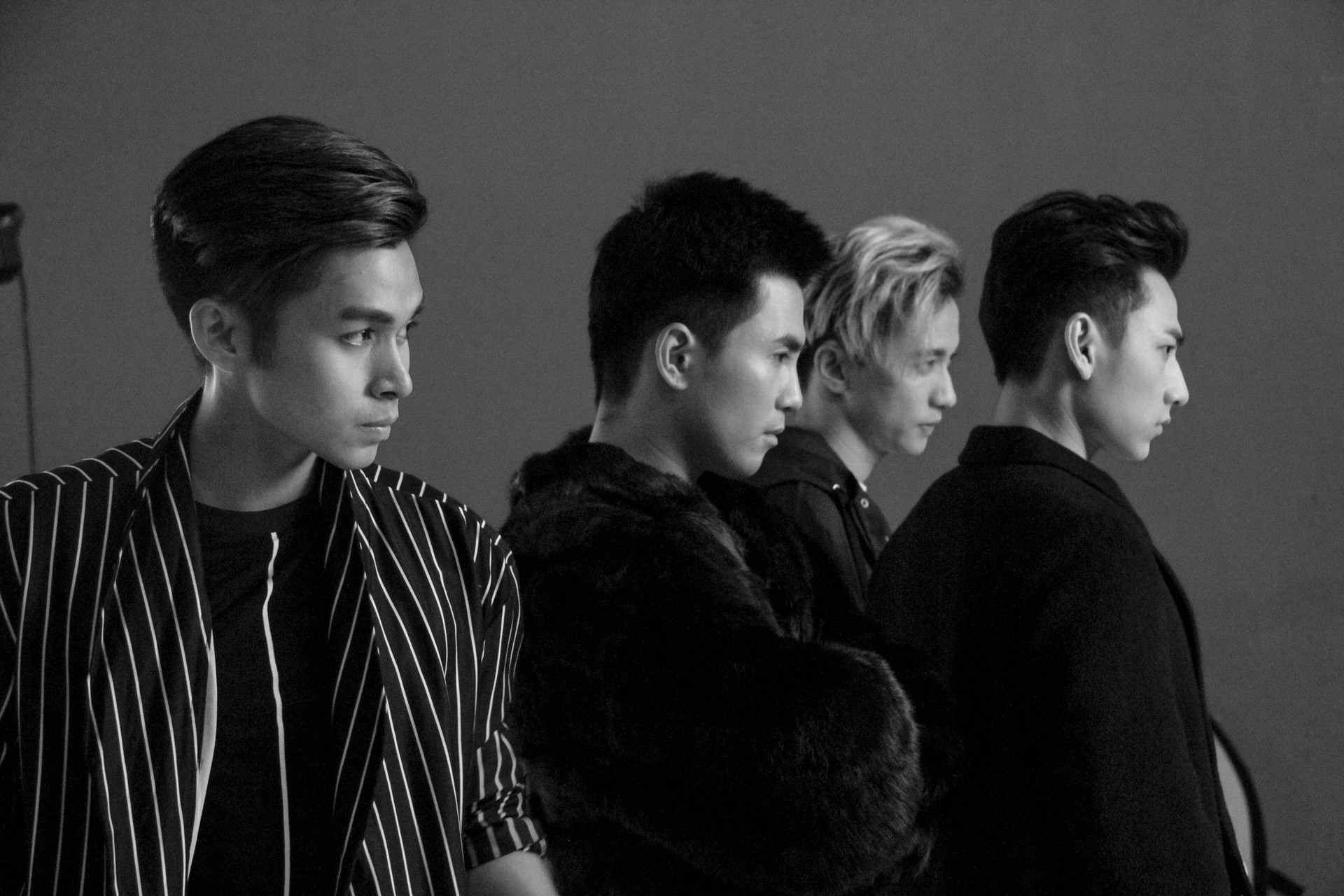 The book is a handsomely-published volume retailing for VND258,000—a tad on the expensive side for a book marketed at young pop fans, but evidently well-priced as a must-have for the group’s devotees, who are more than willing to shell out the extra cash for all-new photos, behind-the-scenes information, and a glimpse of the inner workings of a song-and-dance troupe that have dominated their genre of Vietnamese Kpop-style boy band performances since the release of their first single Awakening in December 2010.

Writing it has also been an intensely personal journey for 365. “This is our youth,” reflects Isaac, “we grew up together. Just five years, but it’s a very long time for us… when I read this one, even though I’m the one telling the stories, the first time I held the book in my hands, and I opened each page, and read it, I felt something and even had tears in my eyes.”

“The thing that we want to tell people in this book,” he continues, “is that, whatever you want to do, just do it, but you have to be sure that you want it so bad, you really want it, because it’s not easy. When I talked to my dad that I wanted to be a singer and go to Ho Chi Minh City to be in a boy band, I didn’t know what was going to happen. But I told myself, there’s no way back. Whatever happens in the future, I will live with that, and if I die, I have to die with that too. Many people want to be a famous singer or even be in a boy band. But they don’t know how it’s going to happen, and what difficulties they’re going to have to face. When you want to step into this world, you have to see that you’re going to live with that, and whatever happens, you cannot go back. That is the only way to be successful.” 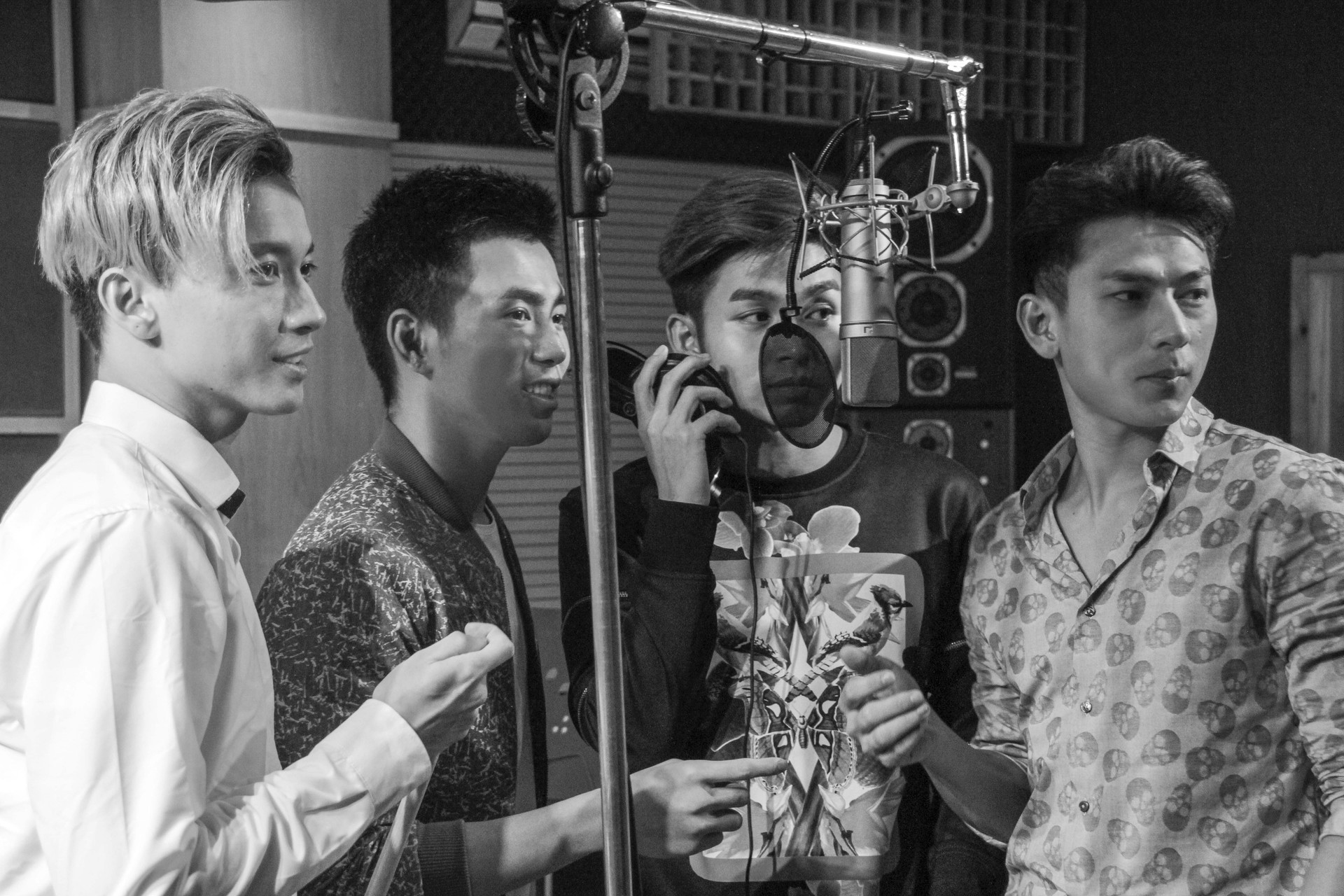 Despite the difficulties inherent in the industry, Isaac does hope that the book will inspire young Vietnamese people to give a career in entertainment a shot. “There are not many boy bands in Vietnam,” he says. “You could say that we are the only one right now, the only one with enough popularity to be recognized. I think it’s a bad thing, because you should have many tastes in the music industry, like male singers, female singers, and boy bands is one of the tastes of the audiences. So it’s kind of boring just to have the one of us. In the future, we hope to have many more boy bands, or girl bands, in Vietnam. We’re going to disband this year, so we hope to have some kind of new generation for the audiences when we’re not there anymore.”

While the book is a bittersweet goodbye to boyband life for the now 27-year-old Isaac, as the most competent English speaker of the group, he remains the most likely performer of the four to have a chance at breaking out into the international music scene. “I want to, and I have a dream,” he admits. “But if you want to prove yourself in the international market, you not only have to have the talent, but you need to have a whole crew, a whole production house to support you. That’s what we want to do. Me, Veronica (Ngo Thanh Van, who recruited and masterminded the group), the whole VAA company, we are dreaming about that. So we work together and we hope also someday we’re going to put more talent internationally. But that’s just the future… it’s not easy.”