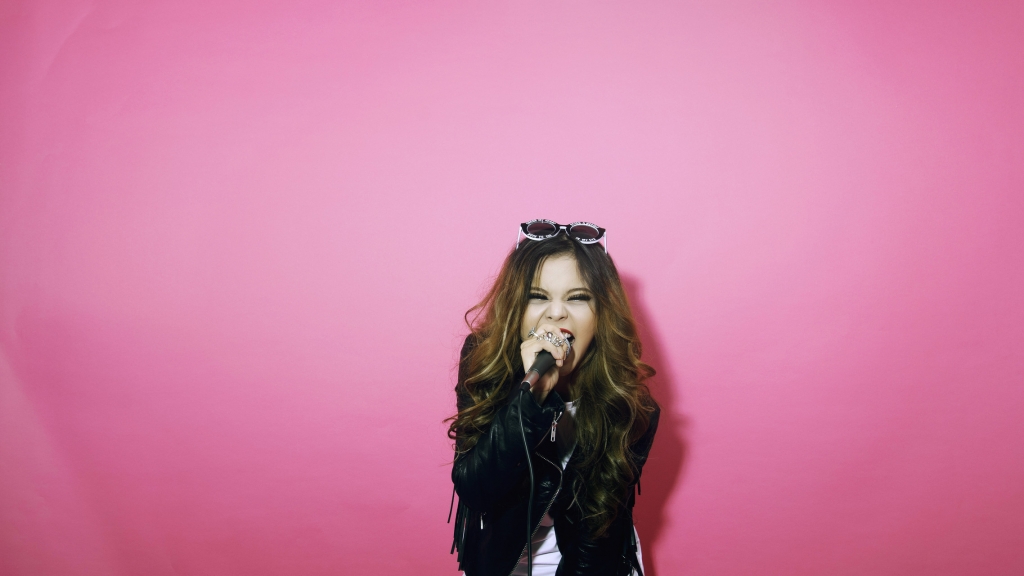 In the pantheon of popstars, where twerking, Twitter feuds and a willingness to shed some celebrity skin are all but expected, Vietnam’s Tran Hai Chau appears to be the exception. Having lived under the glare of the media spotlight already, and after a period of what can fairly be described as ‘growing-up,’ the aspiring singer more commonly known as ‘Tia,’ is now more comfortable than ever with where her career is going.

For those unfamiliar, Tia became public property back in 2013, following her TV success on the first season of HTV’s singing game show The Winner Is. A hybrid adaptation of The Voice and Deal or No Deal, she entered the competition as a 19-year-old, impressing with her composed performances and a voice that belied her stature. Taking on some of the biggest anthems in the world at the time including Rihanna’s Unfaithful and Adele’s Rolling in the Deep, she took out the final with her rendition of Jazmine Sullivan’s Bust Your Windows. Immediate comparisons to those artists followed, particularly Adele, who she said she loves but “is nothing like me at all.” 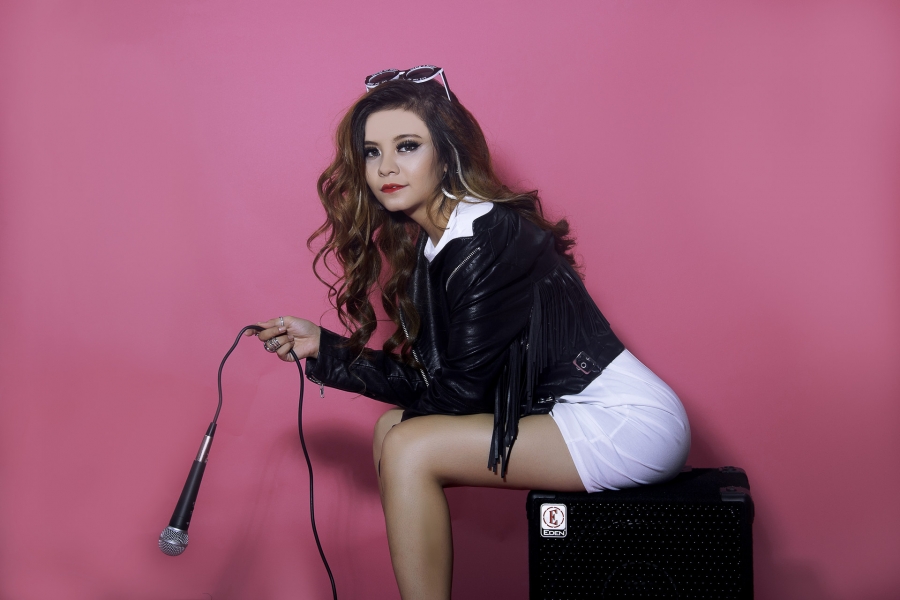 For a girl from Gia Lai Province in Danang, it was a surreal moment, but a continuation of the form she had displayed since age five. That’s when her father, himself a multi-instrumentalist, entered her in her first local singing contest. She won it, beginning a trend that continued throughout her childhood, and precipitated a move with her family to Ho Chi Minh City at 15. “I don’t know, I just always won,” she says, a little embarrassed by the fact. From there the competitions got bigger, culminating in her televised win.

However, there was something about The Winner Is that didn’t sit well with her. “When I became famous because of the contest and had no songs of my own, I found it really hard to answer the question of what to do next,” says Tia, explaining that she thought the end of the show might also spell the end of her career. Now listing Lana Del Rey and Coldplay as major influences, she wasn’t always so sure. “On the show, I didn’t know what kind of music would fit me and suit my voice. I was so young and so innocent and everything was new. I was very nervous.”

Tia is poised for a comeback with a new single out and an album in the works. “To be an artist takes a lifetime,” she says. It’s some distance from where she was at just a few years ago. 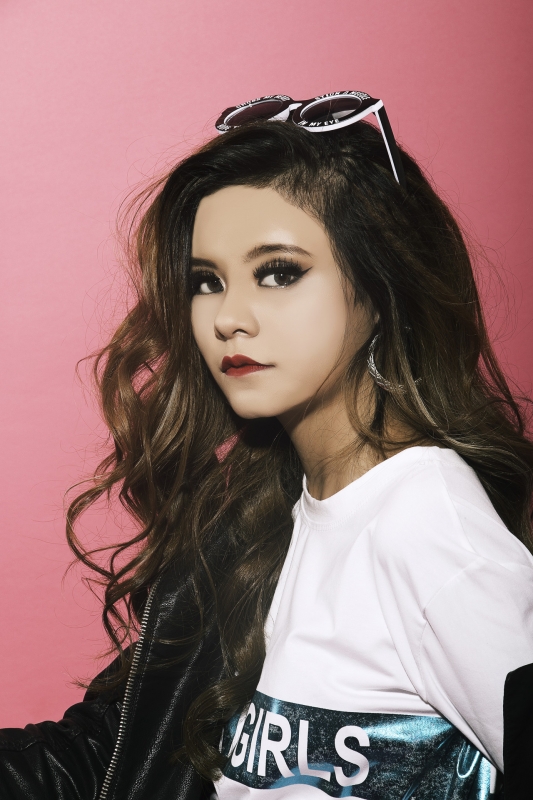 When we meet at Thao Dien’s Park Lane, although she looks more tousled rock-chick than doe-eyed pop hopeful now, Tia is nervous again. This time it’s not because she’s about to perform with Brian McFadden, which she did at The Grand Ho Tram in December last year, or step onstage at the release of Out of Control, the ballad she recorded for Universal Music two years ago.

The reason for her nerves is that this is her first interview in English. It’s no small deal, and marks a big step in her development as an international singer. That’s what she wants to be, she says, and she’s been working on it in collaboration with a close friend. He plays guitar, she writes melodies and her manager Tania helps her with lyrics. “It’s very hard for artists singing in English here to be famous,” she explains. “I still write in Vietnamese, but for me, it’s very difficult to find my voice, to express myself the way I want to in my own language.” It’s something you hear a lot about in an industry mired in rainy day ballads and K-Pop clones.

Her ambition to become a legitimate artist might be seen as a microcosm of the new Vietnam she is part of, one whose youth aspire to fulfill their true potential on the world stage, not locally. Whether she gets to make the art she wants to or not, Tia’s firmly fixed on the long term, with a maturity which has everything to do with a new found calm. “Many people who have met me before can’t believe that I’m the same person.” 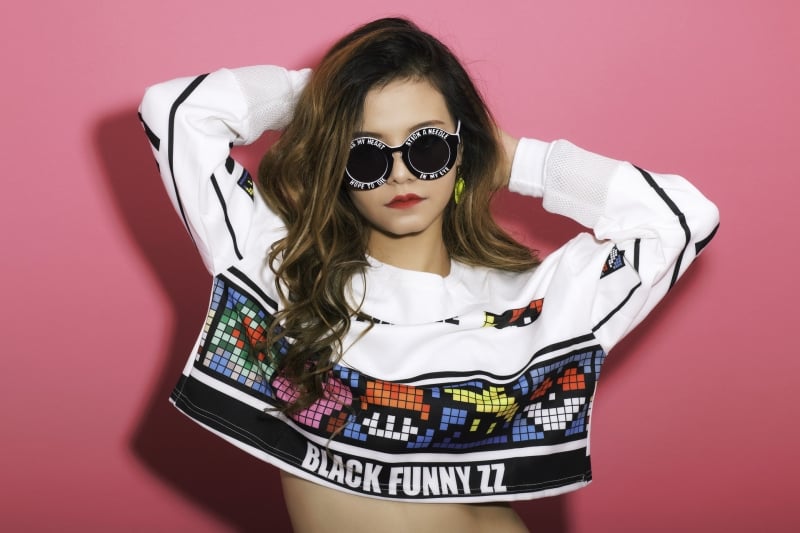 Having gone from budding starlet with little idea of where she fit in to the more centered young woman she is now, she credits a lot of it to her management, of learning what it means to be a strong woman, and to reading about Buddhism. And all of this has helped her deal with some real-world challenges that have included moving out of her parents’ home, a problematic relationship with a boy and generally taking care of herself. “I’m able to ‘let go’ of things a lot better now too,” she says.

This might include what fans say about her physical appearance. In an interview with daily newspaper Tuoi Tre published in July, she openly discussed her recent weight loss (she tells me it’s 7 kg, but the newspaper quotes it at 10) achieved through yoga and healthy eating, after people criticized her for not having a ‘sexy body.’ “It’s normal,” she says, “a part of the job.” Again, Tia is unfazed. “Many people have their opinions, but I don’t care what other people think, I just live.”

Occupational hazards aside, Tia is hustling, promoting her new single Wasted (available on iTunes), a song she recorded with Canadian producer Adam Hurstfield. She met him through the Universal Music contract she won on television and it is the first song from a debut album she’s currently recording with District 360 and Believe Digital. Seeing her potential, Adam flew to Vietnam recently to record the song. It’s a catchy tune about girls who like falling for the (slightly) bad guy, someone who’s “a little too nine-to-five” during the week, but shows his true colors at the bar on the weekend. Pop with attitude, and a departure from her first release and singing covers that she’s known for.

Regardless of how Wasted performs, Tia is now seeing everything in front of her as part of the journey she is committed to, successful or otherwise. “The best feeling is not money, not success, but love,” she exudes, “and I want people to know that through my music. If you do nothing, success will never come, so do the things that you never thought you would and success is guaranteed.”