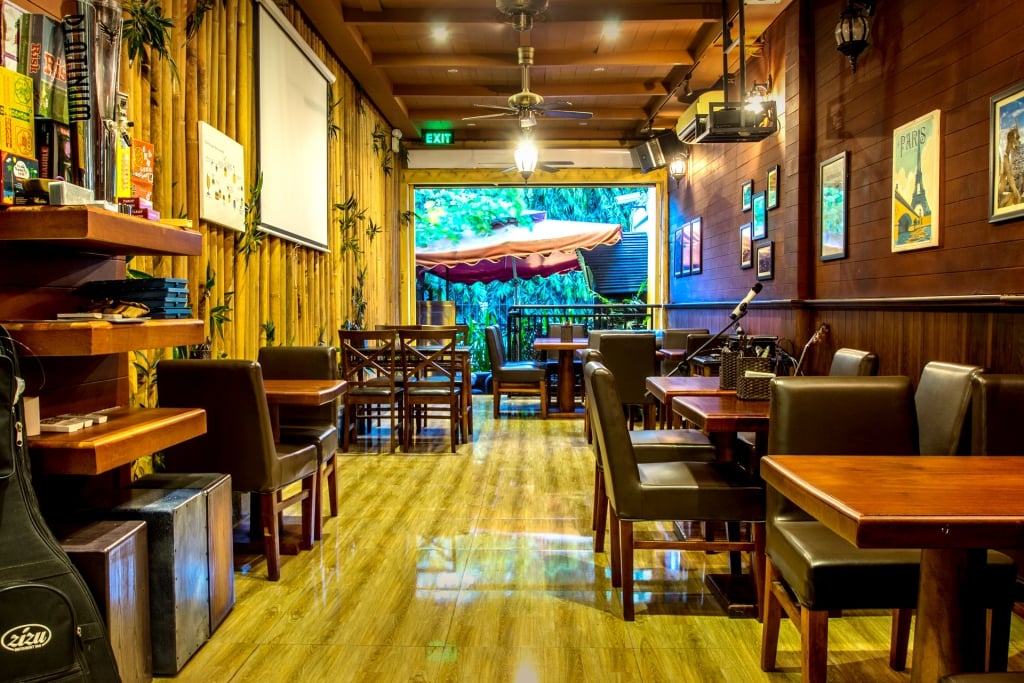 You’ll have to do a little hunting to find Panam – The Backroom (91 Pasteur, D1; Tel: 0122 733 0235) since it moved from its tiny location on Le Thanh Ton into Cuba la Casa del Mojito’s Backroom on Pasteur in District 1. With building management mysteriously reluctant even to let Panam throw up a sign, the discovery of this hybrid pub/kebab shop will be the small victory that may well mark your arrival at your new favorite hangout.

Panam, owned by Khiem and Remy, is cool, laid-back, and opens super late  on weekends. It’s still new, but it has the look of a bar that’s remained unchanged for decades, and that sense of permanence is likely to be the drawcard for regulars seeking out a familiar watering hole- plenty of room on those shelves yet for the venue’s blossoming collection of kitschy knick-knacks, postcards from former patrons, and board games for whiling away the evenings in a culture bubble that feels a continent away from busy District 1 outside. 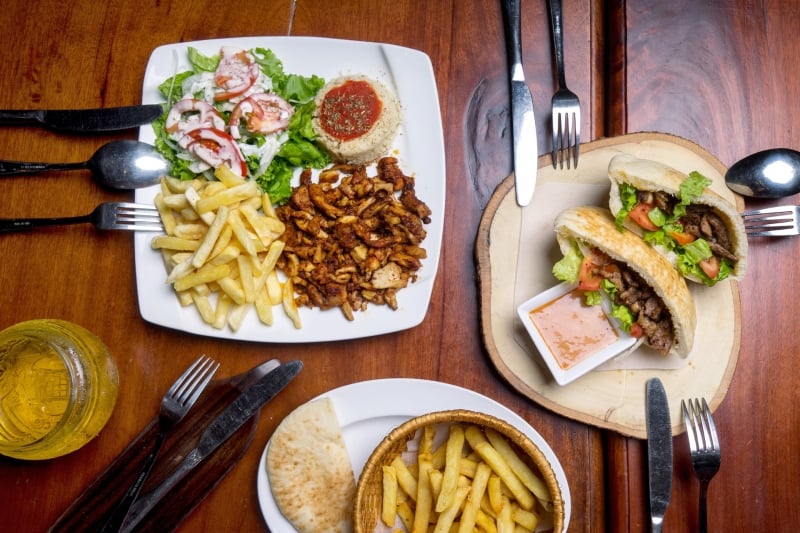 Panam-the name is suburbanite slang for “Paris” drawn from the outskirts of the French capital where Khiem spent his childhood-honors the modern French fast-food staple, the kebab.

“In France, going out to get a kebab  is very common,” says Khiem. “Per year, you have maybe 300 million kebabs sold. People take it as a quick lunch-not only young people, but also working people, older people, it’s like an addiction. In  the United States you have McDonald’s, in France you have the kebab. And it’s totally part of the culture of France.” According to Khiem, kebabs are originally a Syrian dish that entered the world stage from out of Turkey, becoming adopted throughout Europe with each country adding its own native characteristics. “In Vietnam, you don’t have this kind of food,” observes Khiem, “but we are now becoming well-known for the kebab in the French style. In Germany, the kebab is different, in France, the kebab is different. Sometimes people show up from Turkey or Germany, and they don’t assimilate the fact that we make it in the French way. Now they’re starting to understand that, and actually they don’t say it’s bad, they say it’s very good, but they don’t recognize the style of their country.”

Perhaps it’s to be expected, but the essence of the Parisian kebab appears  to be a good helping of mayonnaise  and fresh salad, which gives it the taste of a Middle-Eastern Big Mac. We’re served two classics, a chicken kebab (VND150,000) and a lamb kebab (VND200,000), each with 150g of grilled marinated meat filling and sides of fries, semolina, bread and salad. The use of classic meats actually distinguishes Panam from kebab shops back home, which often swap them out for cheaper veal and turkey. The other fillings include salad, onion and tomato, as opposed to the cabbage and carrots you’ll find in kebabs from elsewhere in Europe.

If you’ve tried Panam’s kebabs before, either here or from the venue’s former incarnation as a delivery service, you’ll be pleased to note the adoption of a more authentic pita bread than was used previously. “I was looking for bread like this,” says Khiem. “It’s made by an Israeli guy, he just opened his company and sells pita bread. This one, it tastes just like in France. It matches perfectly.”

Panam’s kebabs and sides-they do a glorious mega-crispy Belgian fries (VND55,000) double-cooked in beef fat, and some innovative spring rolls with kebab filling (VND50,000/VND65,000)- are straight-up Western comfort food. Khiem is emphatic that he doesn’t serve fast food, as the fresh ingredients are healthy enough not to feel guilty about, and many of the ingredients are hand-made.

“We make our own sauces,” says  Khiem. “All the sauces that you can see are homemade, except the ketchup. One is a Moroccan recipe given to me by the mother of a friend, some others I researched  online and then adapted. The Vietnamese really like the Oriental one, because it’s a little sweet, with caramelized onion. The signature Panam sauce is basically a blend of mayonnaise, tomato paste, onion, cumin and paprika.”

For dessert, Panam stocks some interesting flavors from Rico Rica (a local homemade ice cream that only sells out of a stand at the zoo) which includes one standout fear-factor item: salted duck egg ice cream. This is worth trying, and it’s actually exceptional, with a taste reminiscent of salty caramel. The kids will love it-children are welcome at the venue, although family visits earlier in the evening are advised, as the pub usually gets busy later, making it harder to encourage smokers to go outside. Drinkers too should appreciate Panam’s trendy craft beer selection, with some Belgian beers available at favorable prices as well as some rather cheeky beer cocktails. 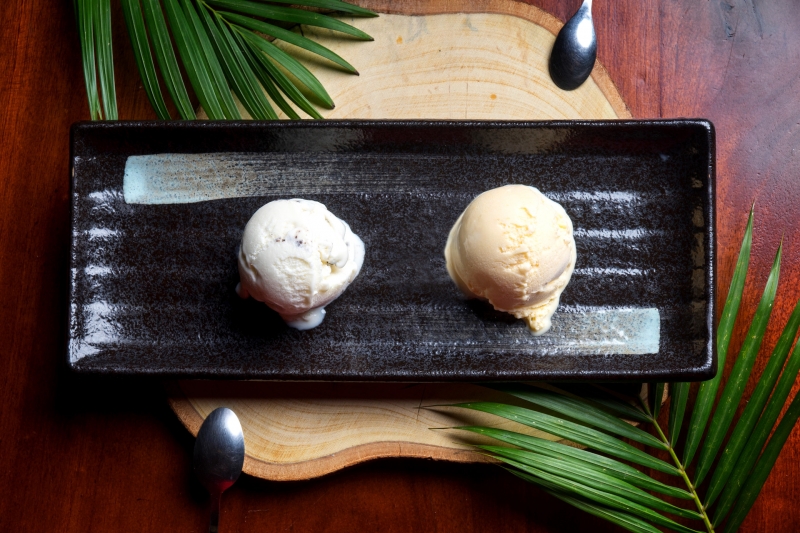 “What is cool is that it’s a friendly place, nothing fancy. Some people come here and meet someone, and then a week later I see them coming back together. It’s kind of a victory, that our place is not only a bar or pub, but a place where people can come alone and meet some people,” says Khiem.