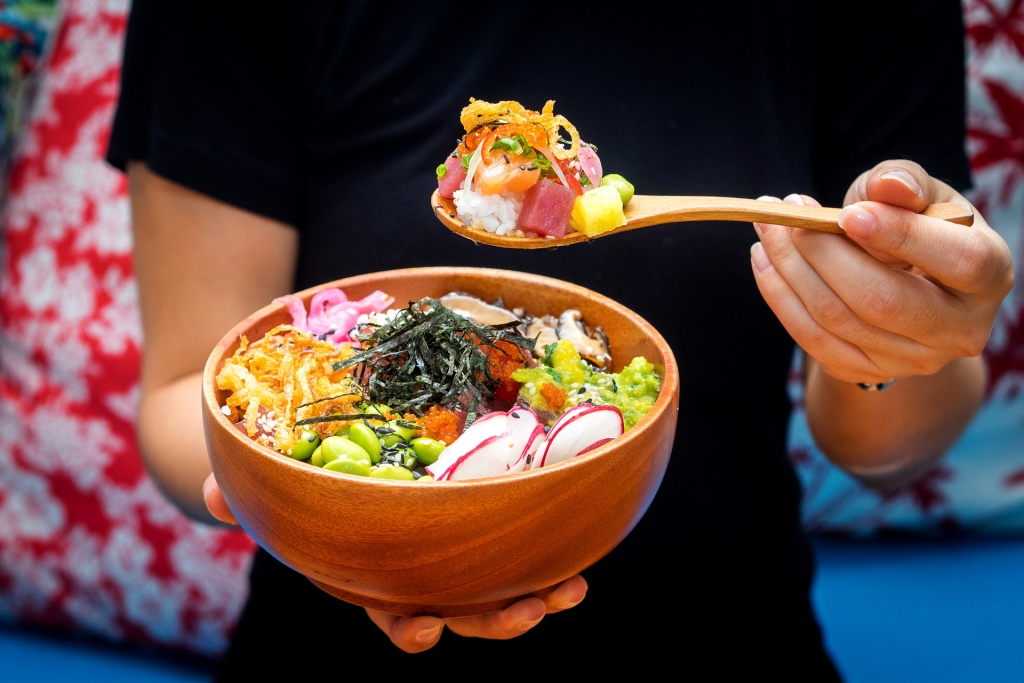 “Poke” (pronounced poh-keh) in Hawaiian means “to cut crossways into sections,” and refers to the glistening cubes of raw fish that serves as the centerpiece of a quintessential Hawaiian dish created by Japanese immigrants to the island. It is typically served in a bowl with rice piled with fresh raw fish and a plethora of tasty toppings and sauces. Chefs in the state of California are responsible for creating hipster versions of it and then making it trendy across the globe. The owner of Poke Saigon discovered the dish in California and believed the denizens of Saigon would definitely embrace the idea—and he was right. Opened for just a few months, the place is bustling with diners eager to try this new trend. Located in an iconic old building on 42 Nguyen Hue in District 1, it’s a quaint space on the second floor, a perfect addition to the collection of wonderful boutique shops and restaurants that share this real estate. 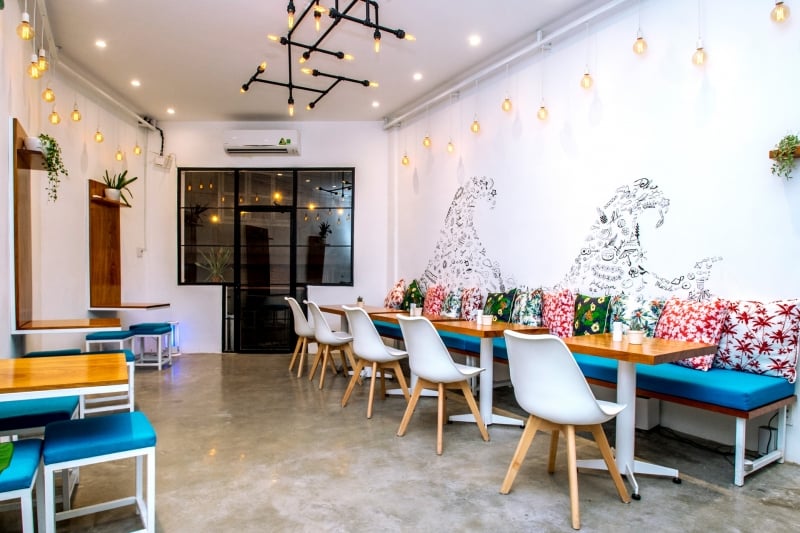 Fresh does not even come close to describe the level of dedication Emmanuel, the owner, puts into sourcing his ingredients. Before opening he went on a two-month long venture to find the freshest raw fish in Saigon, meaning fish that has not broken the frozen chain from packaging in Norway or Japan all the way to the process of retailing. The vegetables are sourced from the most reliable local markets, and he will soon start bringing produce in directly from the mountains of Dalat.

We tried two very contrasting versions of the poke bowl, which you build through 5 steps in the following order (a 2-scoop bowl costs VND150,000; VND30,000 for an additional scoop):

* All are seasonal, so you may expect variations.

We chose two bowls, mine came with a sushi rice base and as the main star of the bowl I chose a mix of half ahi tuna and half spicy tuna. After a quick consultation with the chefs I asked for the wasabi mayo. They took the two types of tuna and mixed them with pickled veggies and sauce before adding them to the bowl of rice. I chose edamame, avocado, radish, topiko and cilantro as toppings, followed by fried garlic, togorashi and black and white sesames to garnish on top. 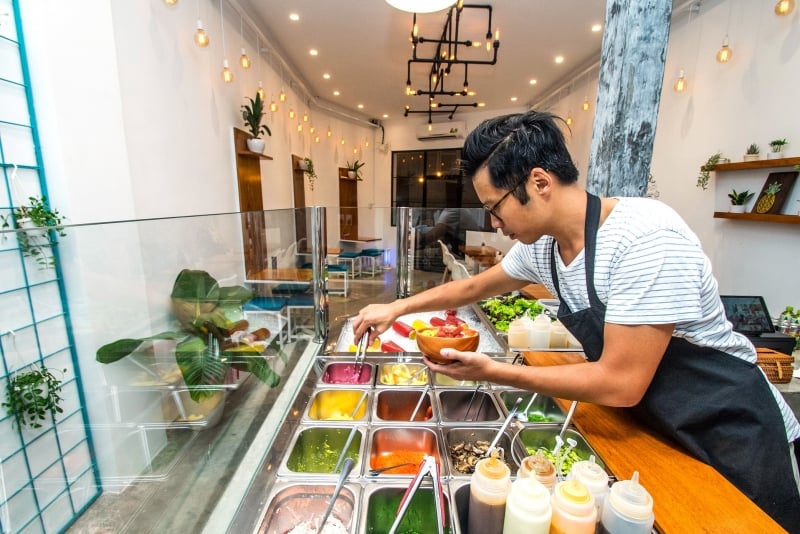 It was truly a thing of beauty and a testament to Poke’s dedication to finding and sourcing the best possible ingredients. It was one of the most vibrantly fresh bowl of deliciousness we had eaten. The fresh fish mixed beautifully with all the ingredients, producing a unique taste explosion I hadn’t experienced in a while.

My lunch companion went the more “alternative” route, which might have made the founding fathers of poke roll over in their graves, but it was equally fantastic. This came with a mixed salad and brown rice base, followed by a glistening assortment of salmon with gomae sesame sauce. For this one we became emboldened and asked for an assortment of every topping they had. After this the overstuffed bowl received a treatment of fried onions, togarashi and both sesames. Again the ingredients worked together like a fine tuned orchestra, because of the contrasting base it produced different results in terms of flavor and texture from the sushi-based bowl, it was yet another fantastic finish. With more of a sweeter taste throughout thanks to the sauces and salmon, it was wonderfully satisfying coupled with the crunch of the lettuce and toppings. If you like fusion food and if you love sushi, come try this avant garde eatery and you won’t be left disappointed.

Emmanuel will be opening up new locations soon around the city, for updates keep an eye on his Facebook page. Delivery available.