THE 2017/2018 ACADEMIC SCHOOL year will see the opening of ISHCMC’s long-anticipated new secondary campus, which will unfold as the next layer in a breakthrough educational approach that has already begun to transform the learning experiences— and academic results—of the school’s students. In what is perhaps a radical move, the design of the entire new campus has been conceptualized by the school’s educators—based on the education research and practice now being embraced by the school—before being completed by architects in a practical sense. The result will be an environment where learning can take place everywhere and all the time; where classrooms will spill into wide corridors converted into breakout spaces replete with amphitheaters, comfortable seating and walls that can be written on, all serving as hubs of constant learning.

In response to educational research and the requirements of the modern workplace, ISHCMC’s secondary campus will be focusing on collaborative learning spaces, where learning can be connected in spatial as well as conceptual terms. Some lessons will start outside in the corridors and then continue elsewhere; others will start in their classrooms and then break outside, establishing a stream of learning where the corridors themselves are flow spaces rather than enclosed spaces. The aim is to liberate the students’ thinking and the way that they learn, so that they will not be restricted by the traditional limitations of the classroom environment—they will be constantly outside, constantly talking, encouraged to learn dynamically rather than expected to process their knowledge alone and in silence.

Head of School Adrian Watts has high expectations for the potential of the new learning spaces to transform student understanding. “It’s about trying to help them develop their ideas about what they want to do in the future,” explains Mr. Watts. “We will have facilities such as makerspaces and technology rooms. We’ll also have a big innovation center, where students will be able to go and crowdsource their thinking, sharing their ideas with others who will then contribute and work collaboratively to move them forward. Some of the ideas might be simple, some might be more complex. They won’t all be related to traditional curriculum education; they’ll also be related to things that the students are following outside and beyond the classroom. Some people call it passions, but to me, it’s an extension of who they are.” 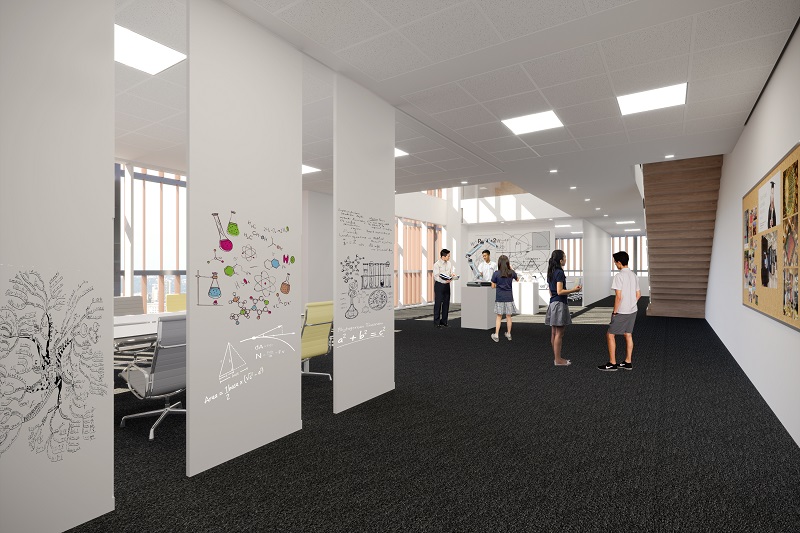 Other innovations within the new campus will include green spaces, such as a 30 x 8 meter urban garden designed to encourage students to be connected and familiar with the process of growing food. “There are many spaces that will constantly be used,” says Mr. Watts, “so the aim is to create an environment where there’s constant learning going on, constant provocation, where students will be able to post things on walls that are provocative to thinking. It’s almost like being in a 3D twitter feed, with students tweeting and thinking— that’s what we’re trying to aim towards, moving away from the more traditional ‘I learn in a classroom, I come out of it, and my life changes,’ it’s actually going to be a more constant situation where it’s ebbing and flowing all the time.”

While following new theoretical approaches can sometimes prove risky, ISHCMC’s confidence in its stance has already been borne out by student academic performance, with last year’s graduating class breaking records in terms of scholastic achievement. Mr. Watts reports that the school’s students are not only far more articulate about sociocultural issues such as international politics, but their coursework now demonstrates a deeper level of thought and understanding.

“Today’s curricula,” enthuses Mr. Watts, “are moving more towards concepts rather than factual information and pieces of knowledge. So it’s about how you take these concepts and apply them to the real world that’s really very exciting. Schools like Hi-Tech High in the U.S. are leading the way in this—and if you look at Finland, for example, which leads the world in PISA test results, they are radically reviewing their curriculum to make it totally interdisciplinary. They’re actually talking about how they can blend their subjects to make them one big school experience. In a way, we’re not at that end of the ladder yet, but that’s where we’re also going, in linking learning together, so it becomes a common experience. We’re starting by creating an environment to allow that to take place.”

The first moves towards transforming ISHCMC’s learning environments were implemented last year when the Grades 4&5 areas of the existing campus were redesigned. The success of these improved facilities Images Provided by ISHCMC ISHCMC’s New, Innovative Secondary Campus have been easily demonstrated when prospective families toured the facilities and were able to see all students on task and engaged in their learning. “It’s because they’re trusted”, says Mr. Watts, “they’re engaged in a piece of work, whether it be math, or language, or arts, or their own passion projects—they’re engaged in what they’re learning, and the teacher trusts them and has released to them. The interesting thing is that students probably daydream, misbehave and are distracted more in traditional classrooms where they’re sat behind a desk listening to a teacher talk at them than they are if the teacher sets up an inquiry and releases to the students to go and inquire, research and develop. You trust them to go and do that, and they’ll go deeper—once that lid’s off the box, they’ll go as deep as they can get.” 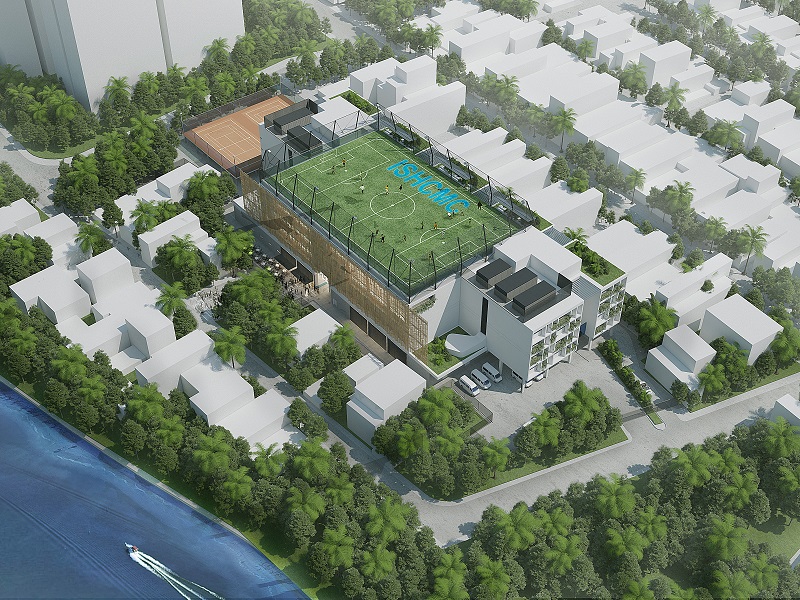 “We want the new campus to be transformational,” he continues, “to make a statement that education is being redefined, that education is moving, and it will produce students in the future who are ready for the 21st century. Research is pointing towards the fact that our traditional education systems are not suited to the needs of the 21st century— they haven’t changed much in 200 years. For us, the new campus has to encourage this change.