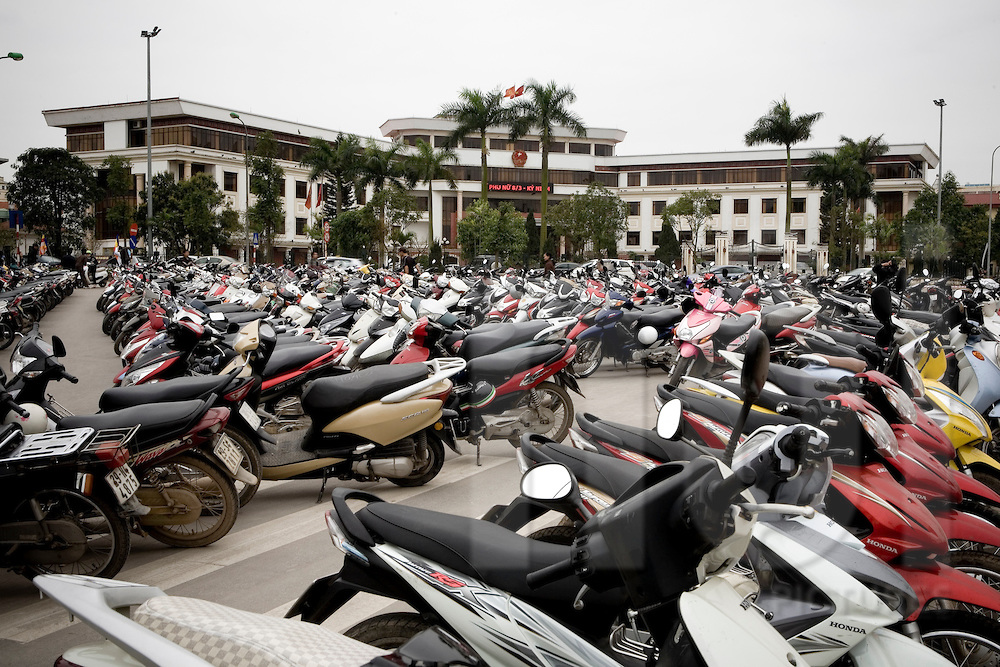 300 new street parking lots will open in Hanoi because current parking facilities only meet up to 10 percent of the demand; 90-92% of vehicles are kept at parking lots of apartment buildings or shopping centers. In the department’s traffic management report, Hanoi has over 720 parking places that cover 145,000sqm on the streets and pavements, on wide medians and under flyovers, 74 of them are unregistered or have expired licenses. In addition, there are 174 parking spots placed inside schools. The department has carried out various measures including odd-even days parking on Da Tuong and Nguyen Gia Thieu streets, using new technology in public parking places and automatic toll collecting system on Tran Hung Dao and Ly Thuong Kiet streets. The odd-even day parking method will also be applied on other streets this year.

150 remains of soldiers, believed to be Vietnamese soldiers that died in 1968 during the American War, have been found at an airport in the southern province of Dong Nai. The remains were detected at a grave situated at Bien Hoa Airport after a search that lasted for nearly one month with the co-operation from two American veterans Bob Connor and Martin E. Strones who fought in a battle at the airport. Dong Nai Province’s army forces also found some objects of the soldiers such as pieces of cloth or shoes.

1000 pigs died due to smoke inhalation during a fire at a farm in Gia Lai. Ia Pa District’s Chu Rang Commune People’s Committee chairman Pham Quoc Cuong said the fire started at around 4am at a pig farm belonging to Dinh Duc Vinh in Boong Boong 2 Village. The fire was put out soon after and no human casualties were reported, however, the blaze damaged the air ventilation system of the farm, resulting in the pigs’ death. According to the Ia Pa District Police, the farm began operation just about a month ago prior. Preliminary investigation revealed that a circuit failure may have caused the fire. Local authorities are helping the farm’s owner dispose of the dead pigs in the correct manner to avoid polluting the environment. 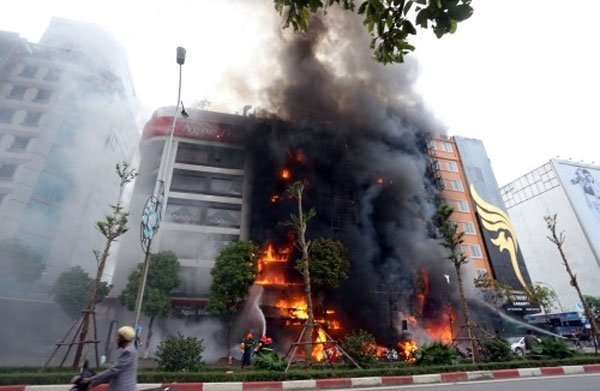 126 karaoke shops in Hanoi suspended, and 530 others have been asked to close temporarily, following an overall inspection of all karaoke establishments. The 530 shops can reopen by the end of this year if they address the violations. Deputy director of the Ha Noi Department of Fire Prevention and Control said following a fire at a karaoke last year, which killed 13 people, the police conducted an overall inspection of all karaoke places. The police checked more than 1,500 karaoke shops and imposed administrative fines on 353 shops, worth VND871 million. Common violations included lack of fire prevention and control measures because the shops were located in small alleys, limited water sources and large advertisements that hindered an emergency exit in case of a fire.

~136 at-risk babies have received milk (totaling 60 liters) over a two-month period from 46 donor mothers from the country’s first human milk bank at the Da Nang Hospital for Women and Children. Since 2015, the Da Nang Department of Health and the Da Nang Hospital for Women and Children have been working with PATH and Alive & Thrive to highlight the importance of human milk and the ability of human milk banks to offer a solution for optimal growth and development for at-risk children. As a result of this partnership, Vietnam’s first human milk bank opened on February 6, 2017. The hospital has trained health staff across departments to provide breastfeeding support for all mothers and infants to ensure infants receive the best nutrition possible. Donor mothers must pass strict hygiene and safety testing.

46 “small” streets in districts 1 and 3 in HCMC will have their overhead electricity and telecommunication cables buried underground as a form to improve the quality of life for locals. Between 2011 and 2015, 104 projects were carried out on 62 main streets, with 358km of medium-voltage and 620km of low-voltage cables buried underground. The city authority plans to bury another 650 km of medium-voltage and 1,150 km of low-voltage cables, focusing on main streets in Districts 1 and 3 between 2016 and 2020. Though it is important to bury all cables on main streets, thousands of small streets are in need of cable burial as well. Among the 46 streets planned, eight would be in District 1’s Da Kao, Ben Thanh, and Nguyen Thai Binh wards, while the rest would be in District 3. In addition to burying cables underground, authorities will carry out small street expansion projects.

40,000s of people in Vietnam commit suicide every year. Dr. Nguyen Doan Phuong, Head of the Institute of Mental Health under the Hanoi-based Bach Mai Hospital, said that more Vietnamese people, particularly young people, are suffering from depression. According to Dr. Phuong, people aged between 18 and 45, in which, women account for the majority. People who are divorced or unemployed make up a high rate among those suffering from depression in Vietnam. He added that only a small number of Vietnamese people with depression are provided with treatment following medical check-ups. The National Institute of Mental Health receives around 50 people who come for treatment every day on average.