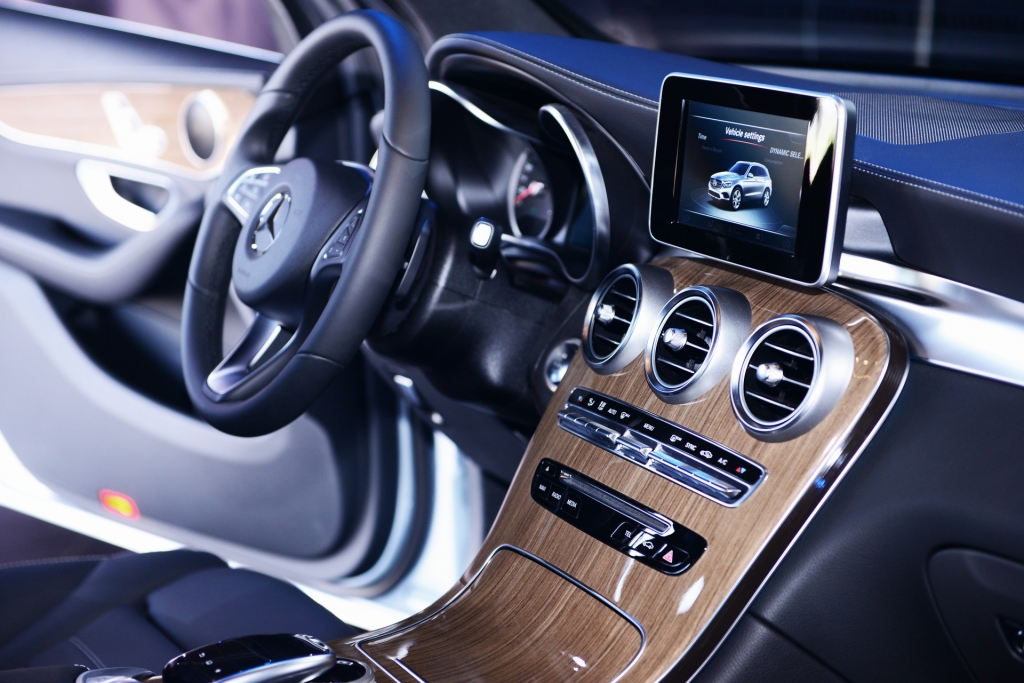 For many Vietnamese consumers, it seems that locally made products are somehow confusing, due to a widely held belief that quality goods have to be made overseas. Try telling that to the brass at Mercedes-Benz Vietnam, and you will see the other side of the story.

Over the past two decades, the German automaker has more than dominated the luxury car sector here, currently holding roughly 65 percent of the market share, and they attribute much of this success to their manufacturing facility, located in Go Vap District. Recently, we visited the plant to learn more about Mercedes-Benz’s presence in the country and why they are the definitive favorite among wealthy Vietnamese consumers.

Making the journey across town, on a day of particularly congested streets, we arrive, we’re afraid to say, a few minutes late, and it becomes immediately apparent as we clear a security checkpoint that this is a slice of German precision in the thick of Go Vap’s chaos. On these grounds, things are not running on “Vietnamese time” and when Patrick Schwind, a German expatriate who is the Head of Operations & COO of Mercedes-Benz Vietnam, later speaks in his native tongue with his Vietnamese driver, one starts to think maybe they are taking this whole thing too far. As it turns out, the driver is in fact Viet Kieu from Germany, though perhaps that makes him more punctual than most.

A disciplined man with a piercing gaze, Patrick is exactly the sort you would expect to be running the show, and he’s ready and waiting to talk production. Only one third of their output, he informs us, are CBU cars (completely built-up), and the rest are manufactured right here, assembled entirely by manpower. Seemingly an oddity in today’s automated world, Patrick explains that while their production has been on an upward trajectory, it doesn’t currently warrant transitioning to a machine-powered assembly line.

This means that every step, from the paint job to the installation of the dashboard’s high resolution display screen, is done by hand. Even the act of moving the car down the line is done by pushing the vehicle along a series of rollers. We watch as one gloved man repeatedly opens and closes a door for a good minute, intensely taking note of the size of the gap between the door and the car itself each time. As we work our way down the line, one can observe the transformation of a skeletal frame to an automobile that, depending on the model, can ultimately cost upwards of VND10 billion, a process that takes about two months from the moment assembly begins to the final evaluation of quality on their in-house test track. 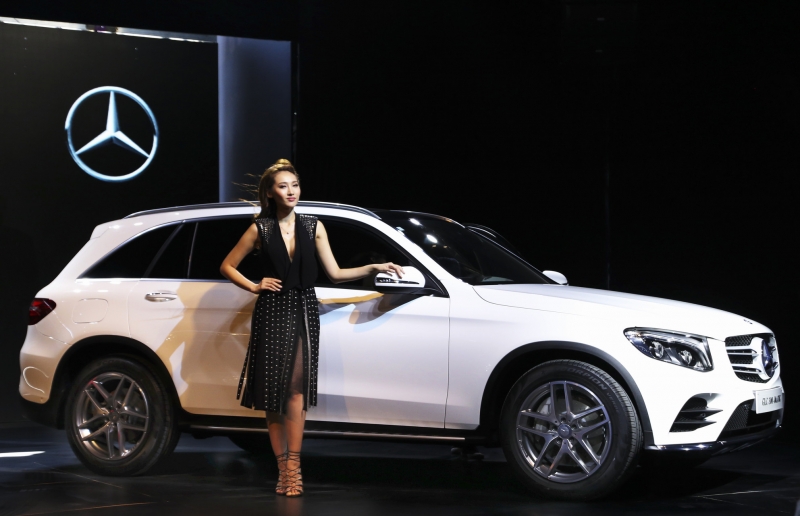 “We set up this factory 22 years ago and, to this day, we’re the only premium brand that has a manufacturing facility in Vietnam. Because of that, I believe we are in a very dominant position in this market,” shares Choi Duk Jun, Managing Director, as he goes on to shed some light on just who it is that’s purchasing these luxury rides. “Most of our customers are under 40 years old. The average is about 35, which is very young by most standards. I dare say, it may be 10 years younger than the global average.”

Here, they prefer to see their product driven by the customers themselves, rather than a chauffeur, because, as Duk Jun puts it, “That’s the best way to experience our cars and that’s the way to tell the big difference between our cars and the others on the road. Not all cars are created equal.” Generally speaking, their clientele agrees, as more and more are driving their automobiles themselves. However, the S-Class even takes over 80 percent of the luxury sedan market share in Vietnam, is an exception that’s favored by those who are chauffeured.

A different trend being observed is the shift from sedans to SUVs, which holds true not just in Vietnam, but around the world. Today, SUVs account for roughly a third of the cars on the road and it explains the high demand for their GLC model, introduced last year with a starting price of VND1,879,000,000, according to Mercedes-Benz Vietnam’s website.

Duk Jun shared “because it’s not only the best-selling model within our product range at the moment, but also the best-selling premium car—not SUV—premium car.” In their eyes, it’s the perfect form of transportation in an urban environment prone to flooding and variable road conditions, combined with a design that’s neither masculine or feminine.

One of their most memorable sales was of a different SUV, however—the conspicuously luxurious and box-shaped G-63 AMG, or unofficially known to some as the G-Wagon. “There was a customer who was already an S-500 customer and he wanted to buy the G-63 AMG,” Duk Jun recalls. “I can still remember he was so excited that when the car arrived, we still had to get it homologated, but he couldn’t wait. He and his wife came here and we told them it wasn’t ready for delivery, but he said ‘I need to see it.’ So, we brought the car up to the showroom and they were getting in it, touching it and smelling it. And I’d feel that way, too, buying the car of my dreams. You can’t wait.” The demand for the ultra-luxe Maybach series is another strong representation of the enthusiasm that drivers hold for Mercedes-Benz here. Launched two years ago, within the first 18 months, they had sold 100 units of the Maybach S-600, a car that at the time was priced at roughly VND9.6 billion and has since gone up to VND14,169,000,000 due to the new special consumption tax adjustment in 2016. Depending on the engine displacement, the tax paid on a passenger car can now be as high as 60 percent, though they feel this is further tipping the scale in their favor.

“Coincidentally, headquarters has for years been downsizing the size of the engine, but maximizing the output, and I’m pretty sure they did it for Vietnam,” Duk Jun jokes. “Last year, when the taxes were adjusted, we even benefitted because we have a lot of engines that are small, even two liters and below, with quite strong output and we were ready for that, whereas the competition was not ready.”

Even the Maybach, with a particularly high engine displacement, continues to remain popular after the adjustment. A month and a half ago, Mercedes-Benz Vietnam expanded their offerings to include the full range of the series, adding the Maybach S-400 and S-500. At the time of the launch, there were signed orders for more than 50 units.

Yet, despite their success across the market, brand building continues to be a point of emphasis. In Europe, where the three-pointed star logo is well-established, marketing efforts are focused on technology and innovation, while in Vietnam they want to further the awareness of what the emblem symbolizes. In doing so, one strategy has been to uniquely align themselves with the country’s most desirable hotels. 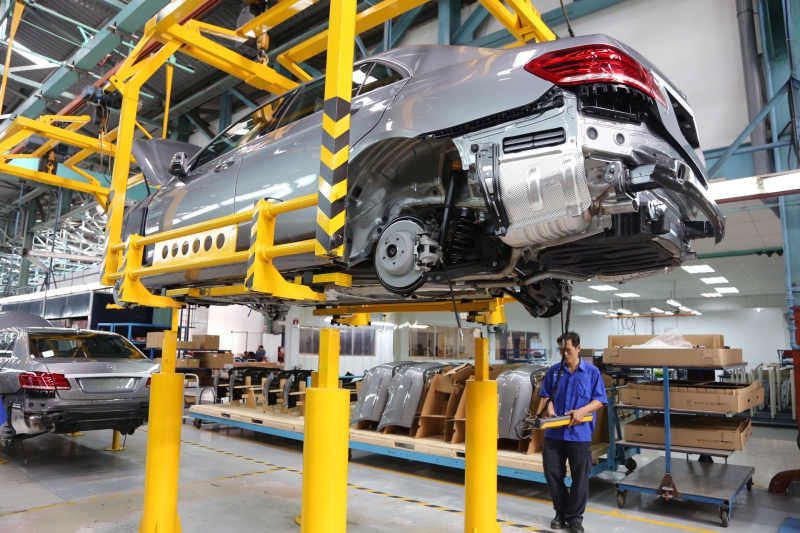 “Basically, every four and five-star hotel and resort has a fleet of our cars,” Duk Jun says. “We have a penetration of close to 90 percent in the country. That’s something that is very unique to Vietnam. I’m not aware of any other country that has even 50 percent penetration. We are very happy, because they all want to have our cars right in front of their doorstep to demonstrate that they are also premium.”

Celebrities, too, want a Mercedes Benz on their doorstep, as the managing director speculates that 70 to 80 percent of the country’s top stars drive their cars, a list that includes singers like Le Quyen, and actress/model, as well as Miss Vietnam, Mai Phuong Thuy.

Looking at the broader scope of clientele, the luxury automaker believes demand for their product is really just beginning. Wealthy consumers are often categorized between old and new money, and in a developing country like Vietnam, the majority of high-net-worth individuals fall into the latter. Having not accumulated their affluence over time, the up-and- coming generation of self-made consumers is less likely to have access to the large amount of cash currently required to make a purchase of this magnitude.

“These are the people who are in the new economy,” explains Duk Jun with an eye on the future. “That’s why our demographic is younger. They are earning as they are progressing. When the financial environment is more liberalized here and people have easy access to leasing and other financial solutions, I believe there will be a lot more opportunity.”