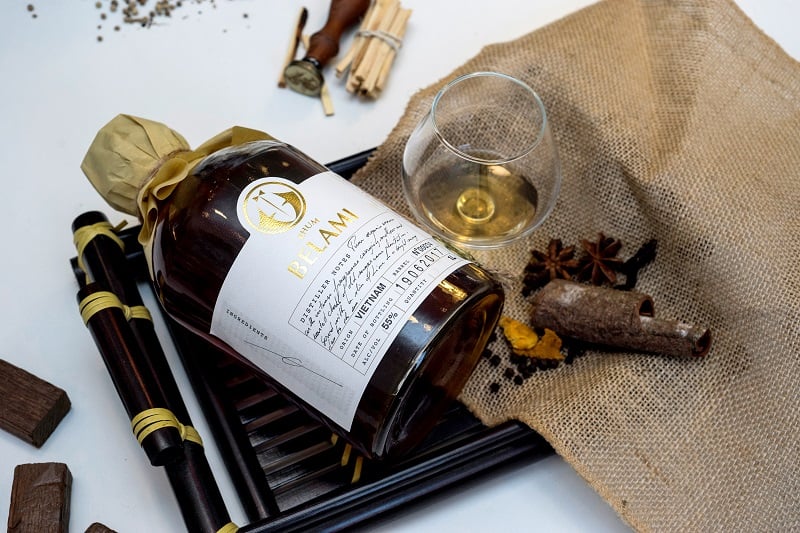 Roddy Battajon remembers his grandmother’s hands, weathered under the Caribbean sun, inspecting each fruit that would ferment inside a wooden barrel constructed by his grandfather, as she crafted a batch of the family rum. It was a ritual observed during his childhood, not for business, but for creating an experience with friends and family.

“I was very young then and did not completely understand the process, but the passion was noticeable,” he recalls of his time growing up on the French Caribbean island of Martinique. “She would add herbs to create different reactions in each barrel and I had quite deep feelings when I watched that.”

Years later, after studying the intricacies of distillation, fermentation and mixology, both in school and in bars and bistros around the world, Roddy has brought his family tradition to Saigon, where he stands as the maker of Vietnam’s first handcrafted rum: Rhum Belami. 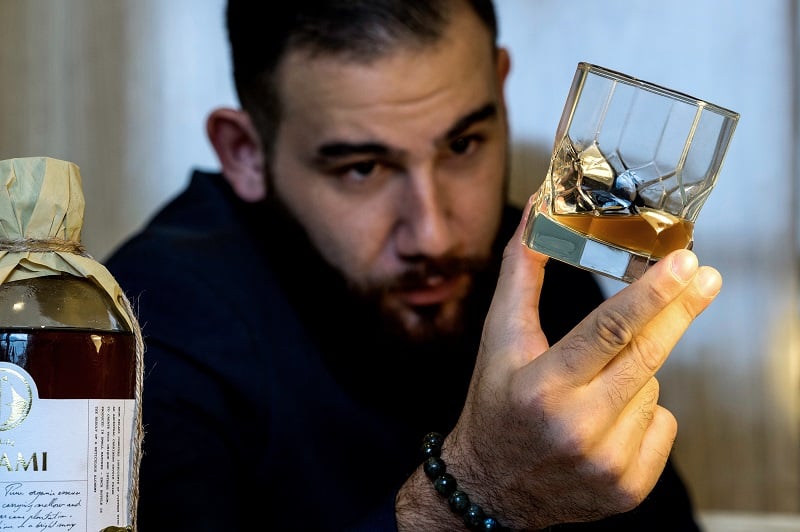 Sitting in his apartment in District 2, where he tinkers with different recipes and techniques in a small lab used to supplant the company’s main facility, he’s eager to share his work. Comprised of a lean, three-person team, Roddy is undoubtedly the scientist behind the rum, though he credits the synergy between himself, general manager Juyee Cheng, and designer Christian Gazia, who spearheads branding and communication, for bringing Rhum Belami to life.

He pours a glass of the Legacy Edition, serving it neat, and carefully watches my face while sipping it down. At first taste, the gold elixir is sweet and crisp with passionfruit and traces of herbs and flowers native to Vietnam, such as lemongrass and hibiscus. Then, the flavor evolves and the oak barrel that the rum is aged in becomes present, followed by a twist that’s spicy, the result of red and black pepper. What’s most surprising, though, is that it goes down dangerously easy at 55% ABV.

Drinking it, as the maker describes it himself, is an experience, and one that requires patience and precision to create. After distilling sugarcane juice, he obtains a pure ethanol solution of 96% ABV and integrates the various flavors at different parts of the process. “For example,” he explains, “a flower cannot be introduced during fermentation. You have to use cold extraction.” Referring to the bandé wood that can be tasted in the darker Premium Rhum, he notes, “For a wood flavor, you can create a solution and blend it with the rum afterwards.”

As we talk, it becomes apparent that this experience Roddy has managed to bottle is the combination of his life’s journey and the country in which Rhum Belami is made. Staying true to his heritage, he’s brought the fundamentals of Martinique’s rum tradition with him, yet the ingredients, like the osmanthus flower, the water from the Central Highlands, and the pepper from Phu Quoc, come almost entirely from Vietnam. 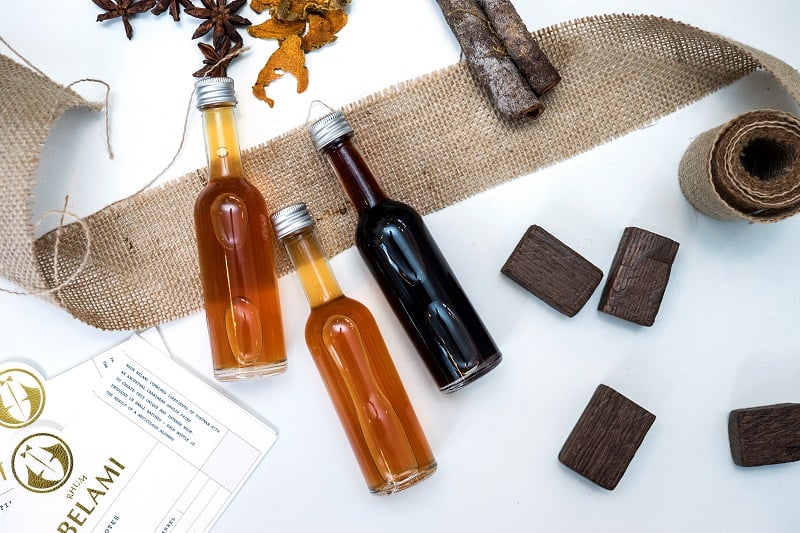 Simply finding these ingredients of satisfying quality can be a main challenge in obtaining consistency with each batch. “It’s a real adventure when I go to the market here and look around at the products,” says Roddy. “Like my grandmother, I use my hands to touch the fruit and inspect it closely. I need to be very careful choosing my suppliers to ensure we have the same quality every time.

“If you understand the process behind wine, then you can understand why I’m so picky with our rum. We use the same process with the weather and the natural ingredients. Like with wine, you can keep this rum for a long time and after three years the taste will change. It will be more powerful.”

“There are lots of different spices and flowers that we can use here, like hibiscus and roses,” he goes on. “It’s perfect. That’s why I can say this is Vietnamese rum. I only import two or three products, one of which is the coffee beans used in the Premium Rhum. I really appreciate the Kopi Luwak from Indonesia. The flavor and the bitterness of this coffee. It’s expensive, but in the end you can taste it.”

In order to fully grasp how highly the connection with the location of production is regarded, it’s worth noting that Martinique holds the only distinction of appellation d’origine controlee (AOC) in the rum industry, recognized under French and European law. Typically reserved for products like wine and cheese, the designation is given to a food or beverage that’s truly unique to a region. This is a particular point of pride on Martinique, where fresh sugarcane juice and local spices are a hallmark of the rum, giving characteristics and flavors specific to the island.

Emerging from this tradition, Rhum Belami is made strictly with sugarcane juice as the base ingredient, requiring immediate fermentation unlike the alternative of molasses. The latter is more prevalently used by large producers, allowing them to store the primary ingredient and export it around the world as needed.

Roddy further explains this differentiation, saying, “In the Caribbean, you have some countries that make rum with molasses and others with fresh sugarcane. The difference is tradition. Because of my heritage and because you can get everything fresh in Vietnam, I wanted to use fresh sugarcane. Working with a fresh product, the flavor is completely different. The color is different. You cannot compare the two.” 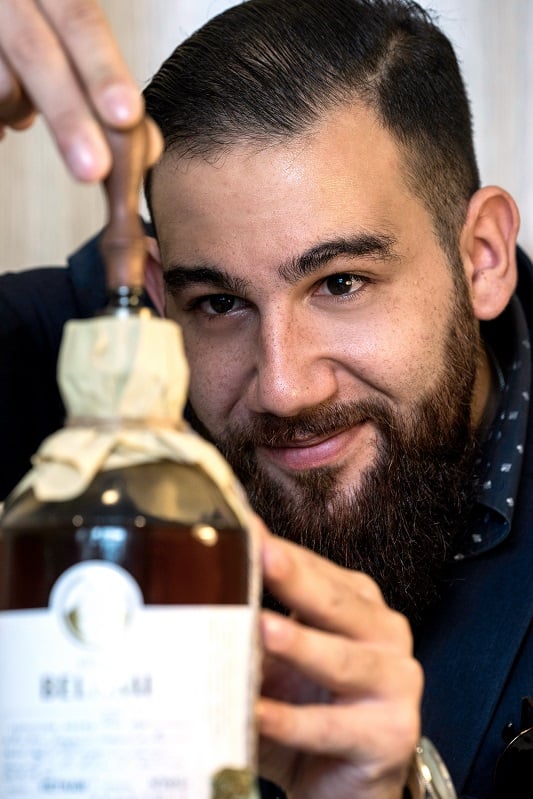 Establishing a small-batch spirit in a market that’s predominantly familiar with large-scale producers like Bacardi and Havana Club has been one of the initial obstacles faced. While he’s confident that it’s mainly a matter of exposing Vietnam’s drinkers to Rhum Belami, Roddy concedes that “a lot of people are attracted to marketing, storytelling, and sharing it on a website. A lot of companies make money like that, but we try to be different.”

“We want a new way to consume alcohol,” he says. “If you change that, I think you change the way people spend a night together with friends. You change the experience.” At the moment, it’s an experience that can be found at a growing list of bars and restaurants in Saigon, including Cuba Casa del Mojito and La Bodega, as well as CohibaR and Factory 47 in Da Nang.

Ultimately, though, the ambitious distiller has larger plans for Vietnam’s first handcrafted rum. “I hope we can open a showroom here soon to show people what we do and teach them about the process,” he says, sharing his vision that already seems to be in the not-too distant
future after just launching in April.