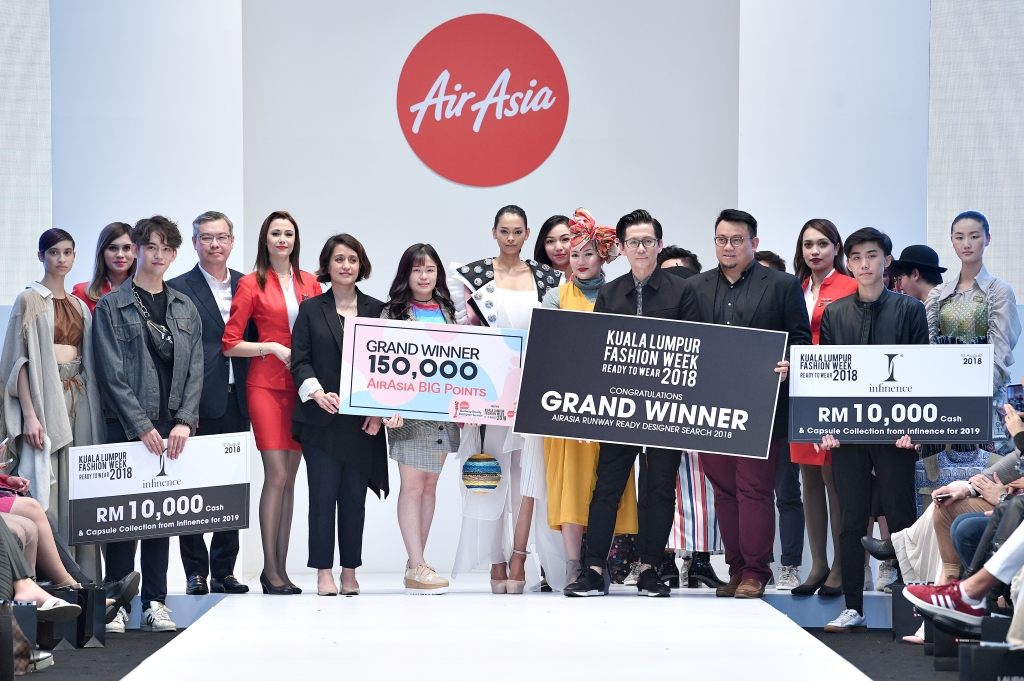 “Fashion takes passion,” and glitzy fashion shows always need big-league partners to help ensure that fabulous designs keep getting sent out along the runway. This year, Malaysia’s premier ready-to-wear event Kuala Lumpur Fashion Week found a willing sponsor in the nation’s premium low-cost airline, AirAsia, which not only ensured broad media coverage of the event (including supporting Oi Vietnam’s international flights to catch the shows) but also put up an award for young emerging designers and agreed to fly out a Malaysian “elite design team” to participate in the Lao Fashion Week later in the year—directly encouraging the influence of the Malaysian design ethic throughout the region at a time when the Southeast Asian fashion industry itself is beginning to mature.

As part of the run-up to the event, KLFW held its annual AirAsia Runway Ready Designer Search 2018 (AARRDS) at The Kuala Lumpur Journal Hotel, where they selected the top five winners from the audition who went on to showcase their designs at KLFW2018, competing for a list of prizes from FashionValet, Infinence, and AirAsia itself. AirAsia also brought in past winners and finalists from the previous editions of AARRDS conducted internationally in the ASEAN region to showcase their achievements throughout the years.

Established with the aim to empower youth and develop young talent in the fashion industry across the region, the awards have special significance for Vietnam—last year’s winner was our own Tran Thi Tu, whose bold, flamboyant styles easily won over 19 competitors who tended towards more conservative, minimalist garments. Tran’s 2017 win is a reflection on the confidence of young Vietnamese designers in an environment that is rapidly producing some of the region’s most important voices. 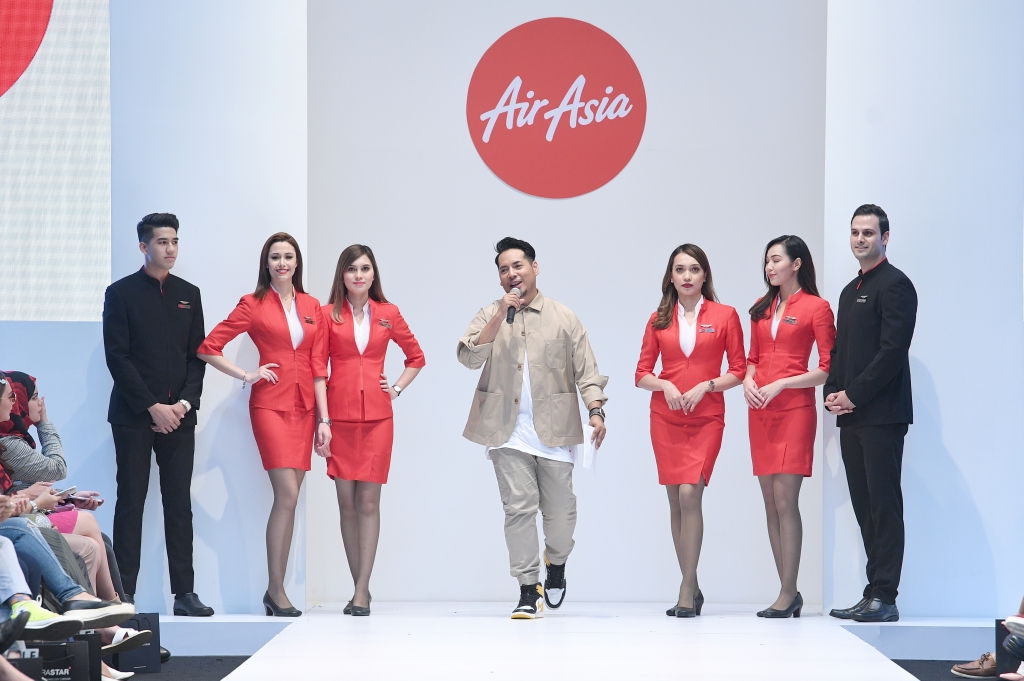 At the fashion week itself, AirAsia’s top five showcased three collections each before a panel of prominent fashion figures who served to judge the event.

AirAsia’s deputy group CEO for digital, transformation and corporate services Aireen Omar went on record as saying “ASEAN is not just a region with many breathtaking destinations, it is also blessed with abundant talent. The competition has also opened doors for them to turn their dreams into reality and enabled them to learn valuable insights, not just in e-commerce but also how to apply digital marketing from our fashion industry partners. We hope their success will continue to inspire young talent in the region to spread their wings and fly farther.”

This year’s first prize was presented to SML Fashion Academy graduate Daphne Lim Wen Sin. She was awarded 150,000 AirAsia BIG Points, RM25,000 to produce a capsule collection to be sold in the airline’s in-flight magazine, a Huawei Nova 3 smartphone and a confirmed slot in KLFW 2019. Tran Thi Tu was featured once again with her “The Women Illusion” collection, showing off 16 pieces from her Tu Bong label.

KLFW’s founder Andrew Tan announced, “For the past four years, the AirAsia team has worked tirelessly to send us to many different locations, which I believe is a huge part of the reason that Kuala Lumpur Fashion Week has been able to strengthen its brand in many different countries in ASEAN.” AirAsia’s Youtube channel (youtube.com/user/AirAsia) features webisodes detailing the journey of all participants for AARRDS. 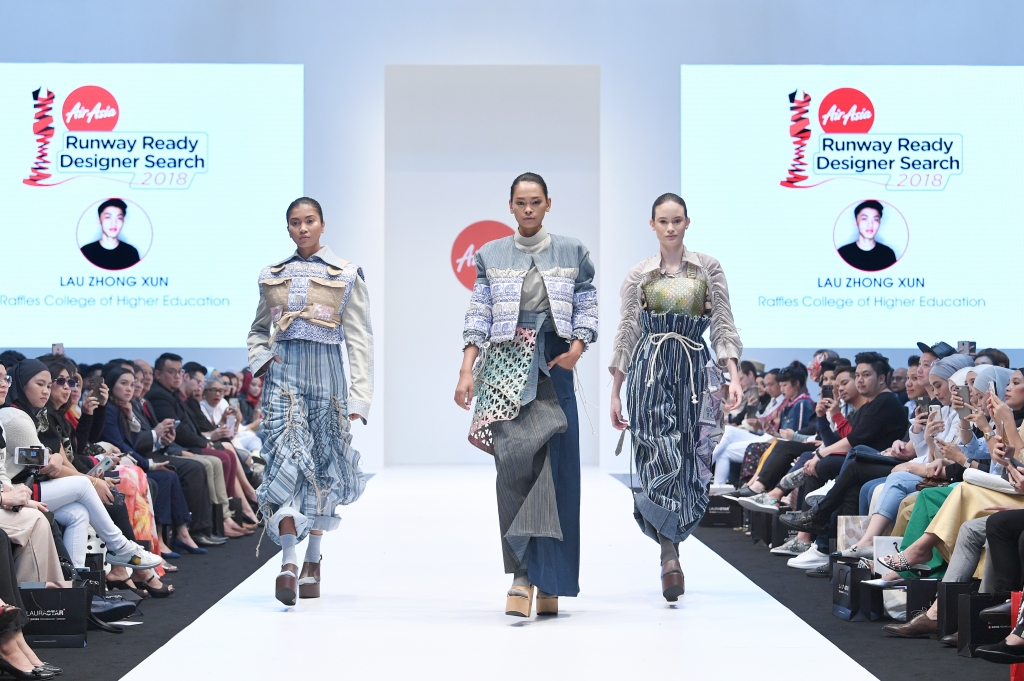 Our own experience flying AirAsia was an exceptional experience in perfect keeping with the style and panache of the fashion week.

Traveling to Malaysia for KLFW on AirAsia made for a seamless connection; the flight itself was more than comfortable given the ample room allowed for passengers even considering the maximum-capacity seating arrangements designed to keep overall travel costs as economical as possible for travelers.

The flight represents superb value for money; what’s more, AirAsia’s self check-in process is intuitive and straightforward, and there were none of the delays we’ve experienced on competing airlines. On-board staff were courteous and very friendly. With AirAsia’s extensive set-up in KLIA2, the return flight was even more relaxed—check-in aisles are dedicated to making the process as effortless as possible.