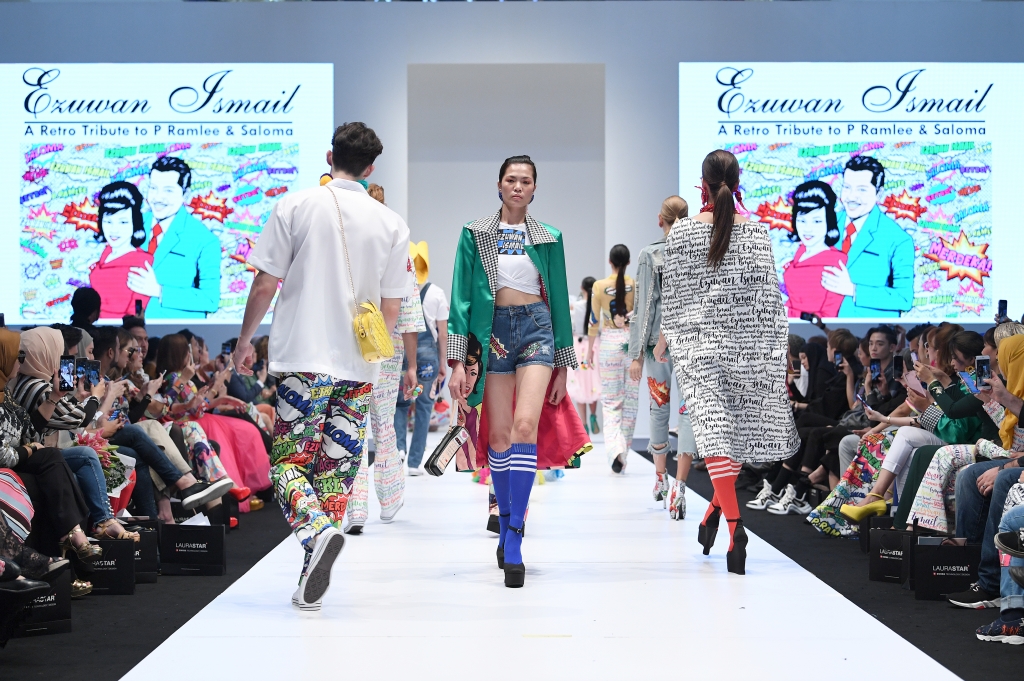 When Oi Vietnam was invited to cover the Kuala Lumpur Fashion Week, it was inevitable that our curiosity toward the show would invite a comparison with Vietnam’s own prestigious fashion week events—which we have covered in detail before in this publication. VIFW is a spectacle of celebrities, media and showmanship where the fashions on the catwalk are all part of the entertainment; KLFW by contrast is an intimate affair where the garments—predominantly ready-to-wear collections in a range of commercial and artistic styles—take pride of place above all else.

Rather than a glitzy, glamorously decked-out events hall as we see here in Vietnam, KLFW is held in a shopping center location, convened within a walled-off arena in full view of shoppers wandering the upper levels of The Pavilion—perhaps KL’s most modern (and indeed fashionable) mall in the city, years ahead of the now tired-looking KLCC that was once the focus of KL’s five-star shopping venues. Above the runway, mall-goers wander up to the rail curiously as if they’ve stumbled onto free box seats to a high-profile event, which in a sense they have. The line of onlookers leaning over the balcony is a constant presence that replenishes itself over the course of the shows—which proceed for most of the day—effecting a greater exposure of the fashion world to those most likely to in the mood to buy.

This is ultimately the name of the game. The original Kuala Lumpur Fashion Week was founded several years ago as a way for Malaysian designers to reveal their collections and highlight the strength and creativity of the Malaysian fashion industry to both local and international customers. Every year, KLFW brings in more than 150,000 people over the five days at Pavilion KL to witness the collections of local designers.

Consumers are particularly well-serviced this year by the event’s collaborations with e-commerce platforms Boost and Shopee. Boost boasts more than 2.7 million users, with online and offline merchants located in over 30,000 touchpoints—visitors to the event were invited to download the app prior to arrival and enter by QR code. The partnership with Shopee provided home-grown fashion designer labels with a platform to showcase their pieces online and offline after the event, and the partnership enabled designers to tap into Shopee’s 10-million-strong base of customers in search of more eloquent and curated fashion content. 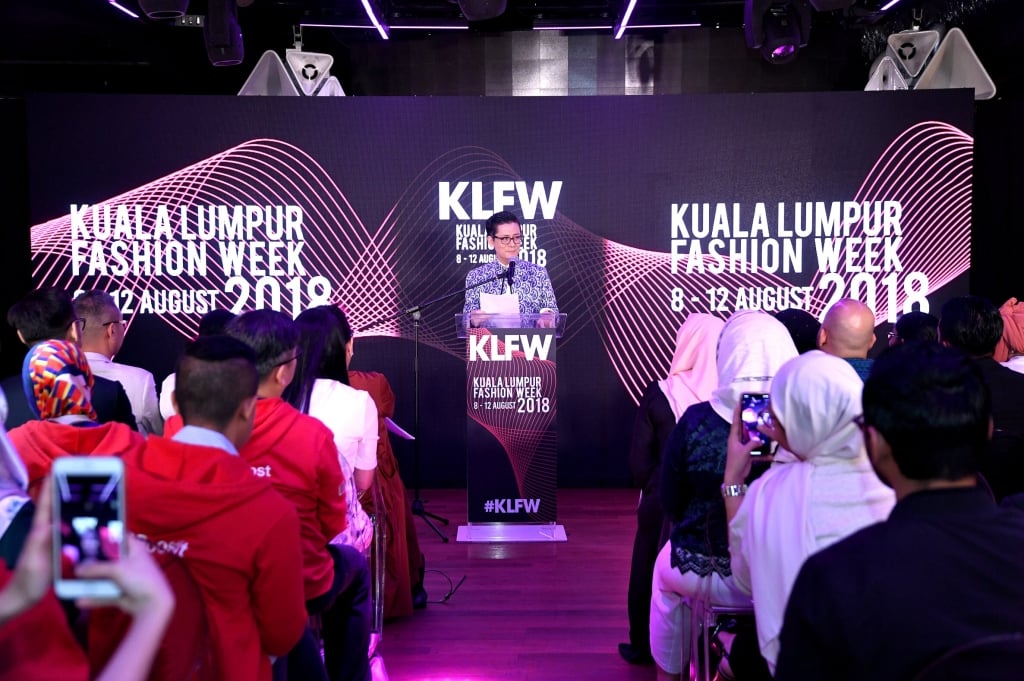 Founder and convenor of KLFW Andrew Tan is a softly-spoken, humble character whose own appearances on stages are limited only to strictly necessary statements. “In our six years in the industry, we have met many challenges,” he said, “but we have never faltered in moving towards the goal of continually developing the retail landscape for our local designers, which ultimately, I believe has succeeded enough to make KLFW one of the most prominent and influential fashion platforms in not only Malaysia, but Southeast Asia.”

Nothing about the shows appears forced or overblown. We arrive at the event with considerable curiosity; the divas, trendsetters, and fashion crazy stand milling about the entrance in clearly excited anticipation. As one would expect in a multicultural nation such as Malaysia, elegant Islamic headpieces vie for attention with extraordinarily high-cut skirts—but the overall mood of the crowd is warmly social and mildly conservative if not cautious; this is one of the most-looked-forward-to events of the fashion year, and none of the designs showcased this year have ever been seen before, providing these supporters with a first-hand look at groundbreaking designs.

The seating is intimate and the shows are not overly extended in length. We’re treated to a tight lineup of talented Malaysian designers presenting a balance of sensible and edgy outfits that showcase the state of the art in Malaysian designs. A collection by Atelier Fitton opens memorably with a jet-black “death kilt” design, continuing with moody pieces that explore the crushing world view of depression while evoking a steely-cool vibe highlighted by tight pants and jackets with pointedly high waists. A collection by Syomirizwa Gupta is so dramatic in color and shape it’s as if his childhood self has been unleashed with a set of felt tip pens—the sheer versatility turns out to be a crowd favorite.

The platform for designers is developing this year. KLFW’s partnership with Air Asia has allowed it to send six local designers to the Lao Fashion Week, extending the influence of the Malaysian fashion industry within the region. It has also successfully launched its online magazine, Edition KLFW, to generate continued interest in the styles coming out of local fashion culture. 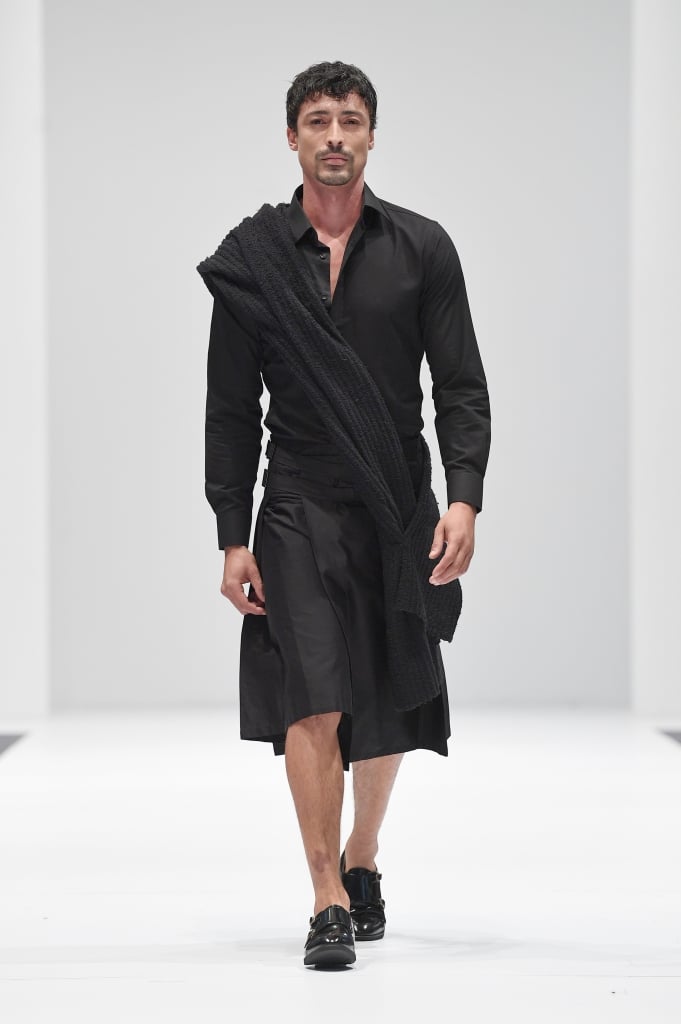 Furthermore, this year sees the first ever Kuala Lumpur Fashion Creative Awards, the first of its kind for Malaysia. In a speech to the media before the event, Tan said “I intend this to be the first fashion awards for Malaysia that will both encourage and build awareness on the work that goes into being a designer or a creative director of a brand. The KLFC Awards will give recognition to a variety of designers through 13 different categories, including menswear, womenswear, best creative campaigns, accessory designers, and so much more.”

Being able to witness the emergence of KL’s distinctive fashion culture, in fascinating contrast with Vietnam’s own, gives an overwhelming sense of the sheer diversity within the fashion spectrum in this part of the world. Those with an inclination towards fashionable styles are encouraged to take note of these movements throughout Southeast Asia that are conspiring to build a new regional focus for this industry that is beginning to sound its voice on the international stage.