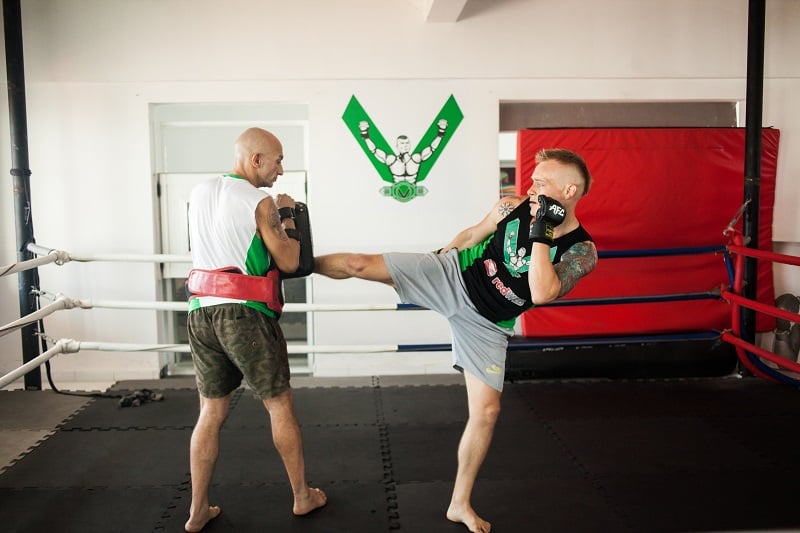 We break the first–and second–rule of this fight club to let you in on where to throw jabs, hooks and uppercuts, and get strong physically and mentally in no time

“Good Martial Arts is not about going out and kicking ass,” professional fighter and Victory MMA International owner Victor Georgsen said. “It’s about, ‘Can you be an inspiration, can you be an idol.’ That’s what I want.” 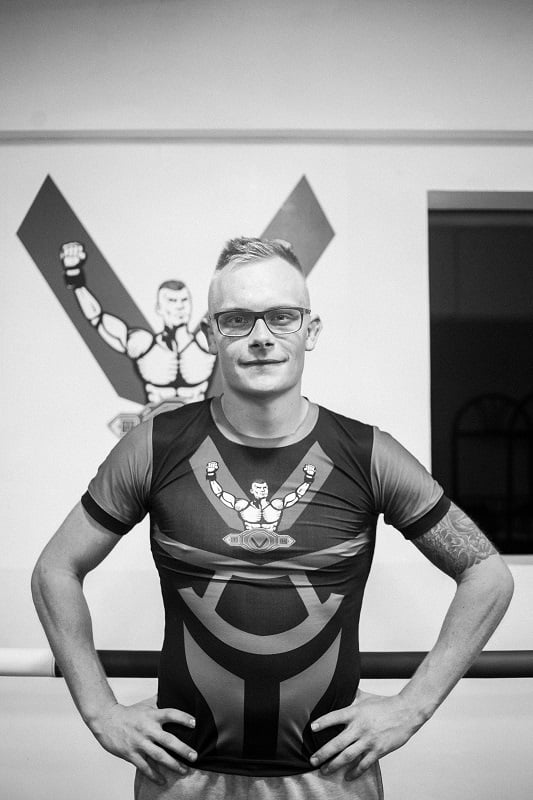 Victor is talking about the small group of professional fighters his District 2 gym sponsors and the nearly 60 fighters who call his gym home. Building the community around the gym is work that’s as important to him as his own personal conditioning as a fighter. When he arrived in Vietnam nearly five years ago, he said the country’s MMA scene was virtually nonexistent. In the nearly two years that the gym has been open, Victor has committed his work to not only running the business and developing his own career as a professional fighter, but also to building what he calls a “family of MMA.”

Nevertheless, it is ultimately a business, and Victor said managing the gym has presented its own challenges, some that almost ended the gym. Many of the fighters who train at Victory MMA are foreign athletes who winter outside of Vietnam retiring their training and also their membership payments. Victor had to take a grace from the landlord that owns the space he rents for Victory MMA—an expansive, open area on the 15th floor of an apartment building—who generously let him skip a rent payment that month to avoid shuttering the business. It was the second time in the gym’s history that it faced the definite prospect of elimination. “I clearly have no skill in managing,” Victor said bluntly with a laugh reflecting on his rocky track record as a businessman. 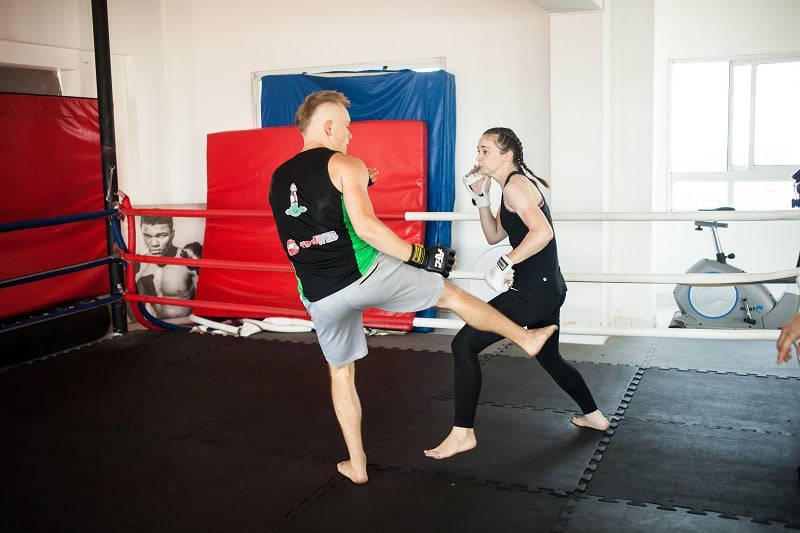 Instead, what he offers is a clear vision that, if nothing else, he’s strongly committed to.

The gym and the community created through it, “it’s my dream,” Victor said. “I… may not be the best fighter in the world,” he conceded, but “I want to create something for the Vietnamese people.”

Victor’s gym has committed to not only developing homegrown talent in Vietnam’s fighting community, but ensuring that these fighters have a chance to perform abroad. Victory MMA sponsor fighters who traveled to international matches. Victor has even housed and fed those training with Victory MMA. “I cannot just close it. If I close it, [the fighters] will have nothing,” he said. 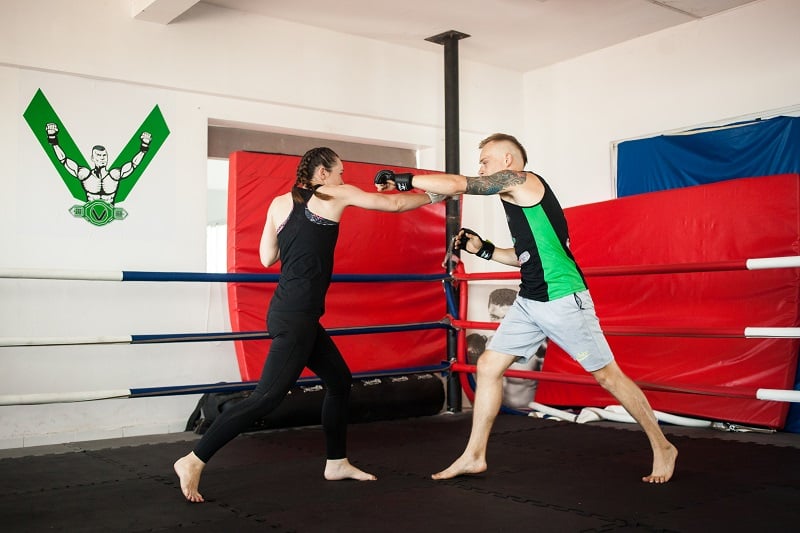 As a professional fighter, the Danish athlete’s four years in the sport are not continuous. They are broken up into two chapters in his life. The first started as an act of quiet defiance. At the age of 17, he started going to a boxing gym he described as “dodgy” in his native country Denmark. Victor played rugby with a league in Denmark and felt unfulfilled by school. But fighting was not an option for him because of his parents’ strong disapproval. “Every time I wanted to bring up something about boxing, they’d say it’s for stupid people who are brain dead,” he said. So, he did what any sensible teenager with a forbidden interest does: just not tell his parents about it.

Developing himself became easier for him as a fighter when he moved to the UK. There, he learned his first mixed martial arts lessons. He did a few competitions before returning to Denmark where he paused as a fighter and joined the family company manufacturing furniture at age 20, work he’d continue for four years. Victor describes the period as a time of sadness, weight gain and unfulfillment. He’d go into the gym and hit bags, but having what the general public often describes as a “real job” with large, regular time commitments meant he was limited in how much he could train.

Aside from missing the conditioning, Victor said the gym brought him in contact with a community and a spirit that has kept him in fighting. Fighting may profile as a sport that’s built around posturing and tough fighters developing their fighting ability because of some kind of misanthropy, but Victor disputes this portrayal as a fighter himself. The fighters he has encountered in his training have been not only friendly and encouraging but equally committed to making the gym a space where athletes can work free of judgement like these. 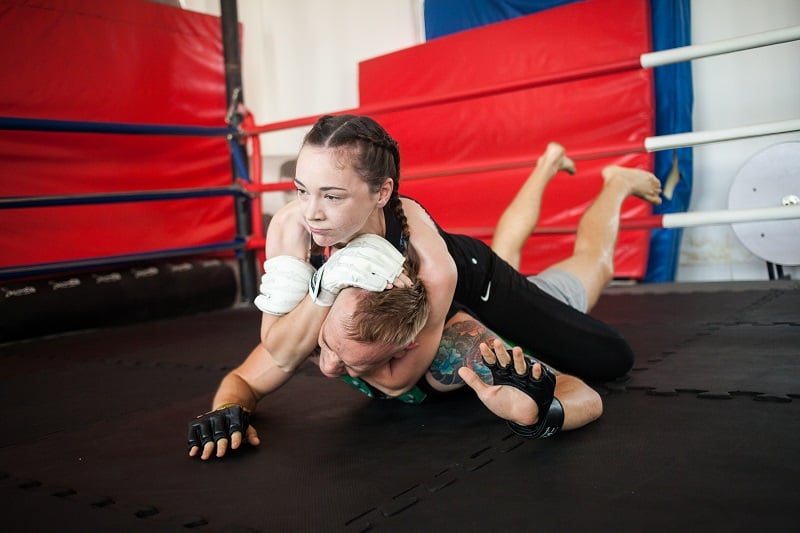 “What I missed was the friendship…no ego,” he said. Sparring partners are friends, and “you don’t want to hurt you friends,” Victor said. “There’s no ego [in the gym]. Everyone’s doing it together. It’s a moment of purity.”

That experience of a welcoming, affirming fighting community was formative to him in figuring out what kind of gym he would create and, before that, confronting his parents to come out as a committed fighter, vacating his post at the family furniture business to pursue his own.

Victory MMA International’s particular sport and business model—one where Victor acts as its executive as well as one of the athletes that trains there—isn’t a common one in the fighting world. Athletes with professional fighting aspirations will usually train with a team until they develop a successful career, then move on and perhaps start a team of their own, he said. “This is first of its kind,” Victor said.

There are around 500 individuals who’ve trained at Victory MMA since it opened its doors in April 2017. This year, the gym will start offering kickboxing courses, training that it will make available alongside its existing catalogue of martial arts training: jiu jitsu, boxing, muay thai and wrestling. Victor said his gym draws trainees with a variety of training objectives. Victory MMA trains individuals just getting a regular fitness routine as well as those with aspirations to fight in competitions. There are currently five fighters that Victory MMA trains and pays. Victor said the gym often runs two classes at the same time so people in different programs can get to know one another.

Victory MMA International’s next project is to cooperate with fighting competition Just MMA, which will hold a contest in Ho Chi Minh City in June. Victor and his gym’s fighter will make an appearance. While Victor is still training and participating in professional bouts for his own, the language he uses about his career tends to focus on his contributions to the local MMA scene rather than his objectives as an individual fighter, “That’s basically my goal. It’s a way of life. When you’re used to this life, it’s hard to go back to the other.”

1 thought on “A Fighting Family”