48 hours as a tourist in my own city

Let me start by saying this is not your typical “48 Hours in Oslo” article because, well, I live in Oslo… and I was born here. While I have lived abroad for a majority of the 22 years in between, Oslo is the only place I have always been able to call home. This past weekend, I decided to embrace my inner tourist and set out on a tourist-inspired Oslo adventure.

I woke up early Saturday morning, eager to get the weekend started. Since museums don’t open until 10am, I decided to beat the tourist crowds and take the subway to the Vigeland Sculpture Park first thing in the morning. In the heart of the Frogner Park, there are over 200 sculptures in bronze, granite and cast iron made by Gustav Vigeland, all of which are in the nude. The park is Oslo’s most popular tourist attraction and in the true spirit of a tourist, I snapped a photo with the most iconic sculpture, Sinnataggen. If you want to see more of Vigeland’s work, the Vigeland Museum is located in the south end of the park. 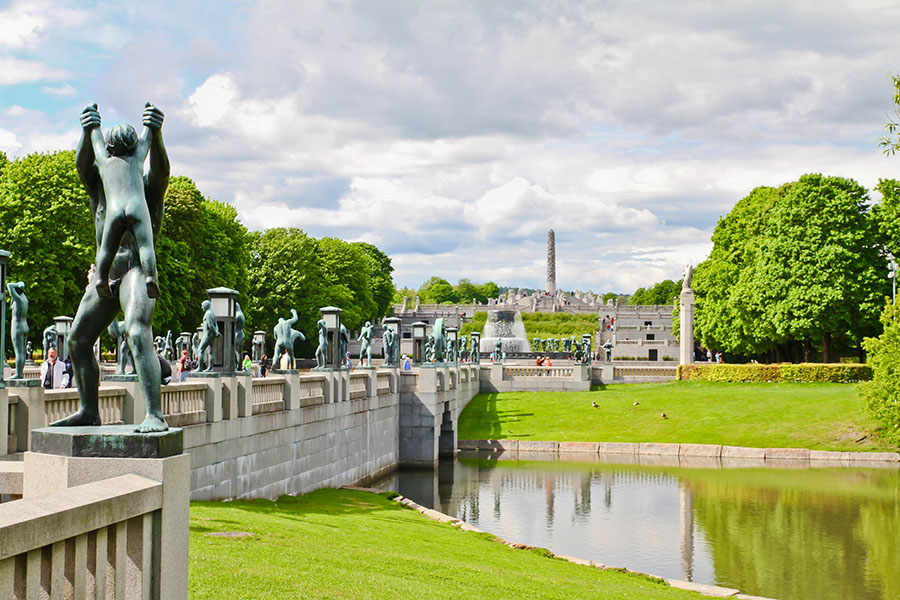 Next up was Bygdøy, a peninsula that holds the key to much of Norway’s history and is known to many as the museum peninsula. I started with the Fram Museum, also called the Polar Ship Fram, which lets you set foot on the wooden ship used for polar exploration in the late 1800s and early 1900s. Right next door, the Kon-Tiki Museum is home to the original balsawood raft Kon-Tiki, which Thor Heyerdahl used to sail across the Pacific Ocean in the mid-1900s. A bit further inland on the peninsula, the Viking Ship Museum takes you further back in time to the Viking Age, telling the Viking history through well-preserved Viking ships and archaeological discoveries. Around the corner, the Norwegian Folk Museum shows traditional Norwegian houses and crafts from cities around the country, giving you a feel for how Norwegians lived in the olden days. 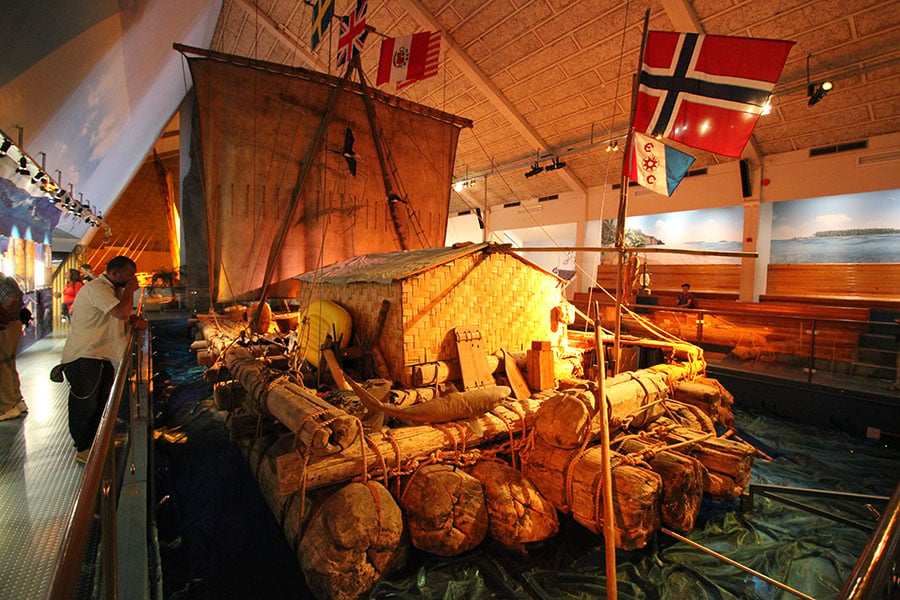 After a walk through history, it was time to return to the land of the living and find something to eat. I caught the bus to the city center and then another bus to Vippa, a relatively new food hall located at Vippetangen. Inside what used to be a sugar warehouse, a number of eateries stand side-by-side serving street food from different cultures. Vippa is introducing a new concept to Oslo, bringing food, culture and learning together under one roof. I tried the Vegan Wok from Tunco and was happy to learn they give a meal to a child in Kenya for every meal purchased, a cause that means a lot to me since I lived in Kenya from the age of five to eight.

From Vippa, I took the bus to Jernbanetorget and walked down Karl Johans gate, the main street in Oslo open only to pedestrians. Stores and restaurants line the sidewalks of the street, which takes you past the Norwegian Parliament building to the Royal Palace. If you want to see the changing of the guards, it starts at 1:30pm every day and lasts about a half hour. Just down from the palace is the National Gallery, well known for its Edvard Munch collection that includes The Scream and Madonna. You can see more of Munch’s work at the Munch Museum in Tøyen. Next, I grabbed a cup of coffee from Fuglen, a coffee shop by day and cocktail bar by night with a retro vibe that is outfitted with vintage furniture for sale. 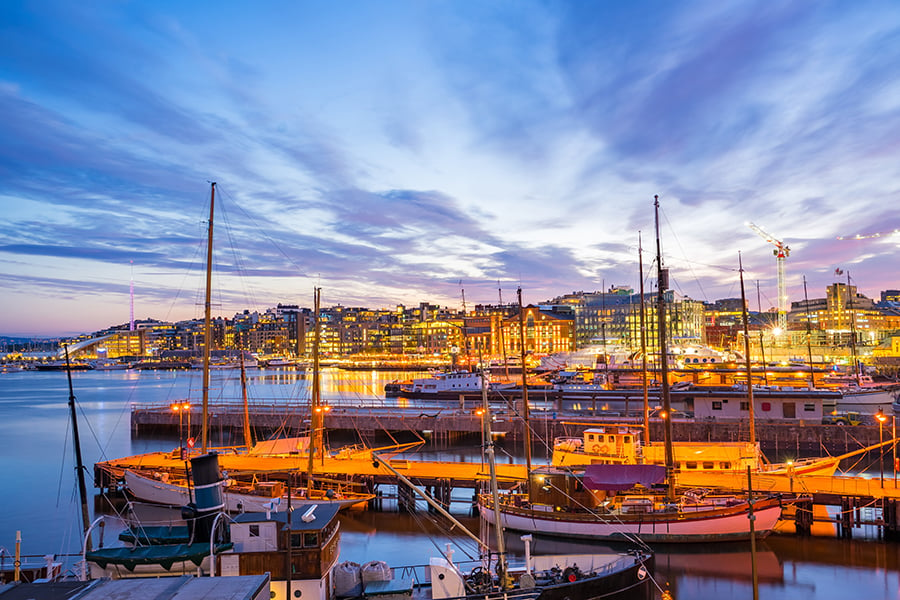 I sipped my coffee on the way to Aker Brygge and Tjuvholmen, sticking my head into the City Hall and passing by the Nobel Peace Center. Aker Brygge is a lively pier lined with shops and restaurants and just beyond it is Tjuvholmen, a manmade island that sits in the Oslofjord. I walked onto the dock and watched the colorful sunset before stepping into the Astrup Fearnley Museum of Modern Art, a contemporary art gallery with a unique design. That was enough adventure for one day and finally I headed home to get some much needed rest before Day Two of exploring.

I awoke on Sunday to a fresh dusting of snow and excitedly hopped on the subway to the Holmenkollen Ski Museum & Tower. This is the world’s oldest ski museum and is further from the city center than other sights (roughly 20 minutes by subway), but it is definitely worth the trip. While seeing 4,000 years of skiing history is fascinating, I find the most impressive feature of the museum to be the observation deck at the top of the jump tower, offering views of the entire city of Oslo and the surrounding nature. I even saw the snow-covered mountains of Norefjell where we have our cabin. 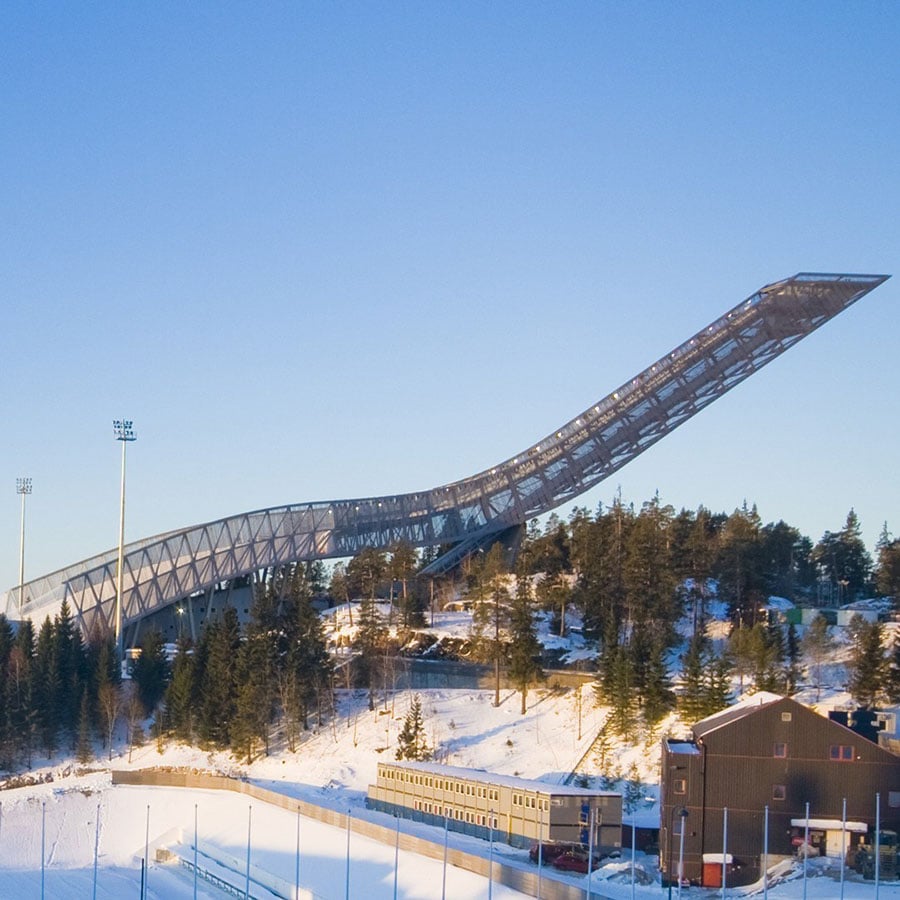 From Holmenkollen, I rode the subway back to the city center and made my way towards the neighborhood of Grünerl.kka. I walked down Torggata, a street for pedestrians and bicyclists with many popular restaurants and bars, which led me to Akerselva, a river that runs through Oslo. I followed the river’s edge until I came to the Sunday Market at Blå, a one-of-a-kind market in Grünerl.kka with handmade crafts and second-hand treasures. Grünerl.kka is known as the ‘hip’ neighborhood, filled with street art, vintage shops and a vibrant night scene. Stores are closed on Sundays so the streets were quieter than usual but it was still a nice place to walk around. 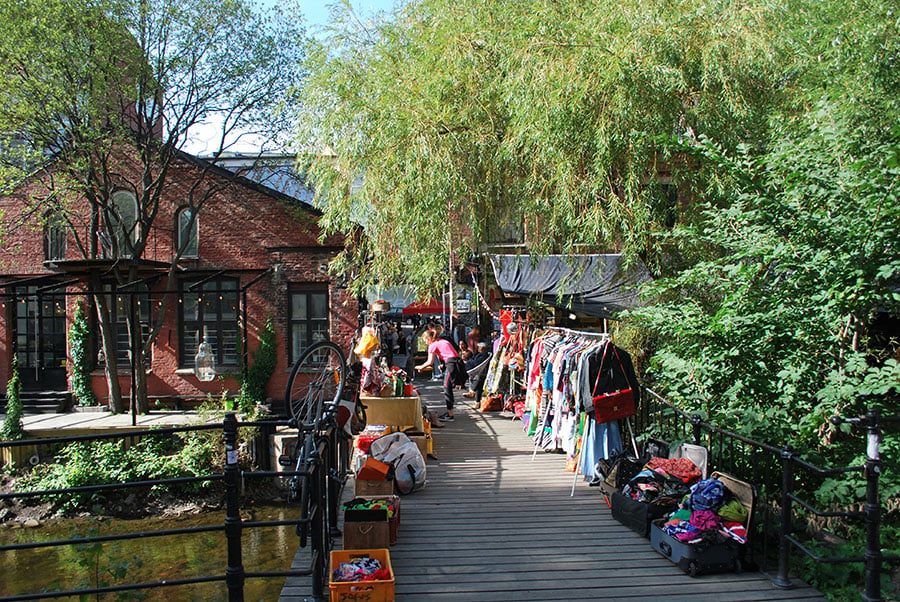 Just around the corner from Blå is Mathallen Oslo, a large food hall with a mix of international cuisines. As an up-and-coming foodie destination, Oslo is in the process of revolutionizing its food scene. Mathallen is a more upscale version of Vippa and houses a range of specialty shops with high-quality goods. In addition, there are a number of cafés and eateries to eat from, making it impossible not to find something you like. I tried the Tofu Sesame Bun from Noodles and enjoyed the trendy atmosphere before venturing to Markveien, the main street in Grünerl.kka, where I caught the tram back to the city center. 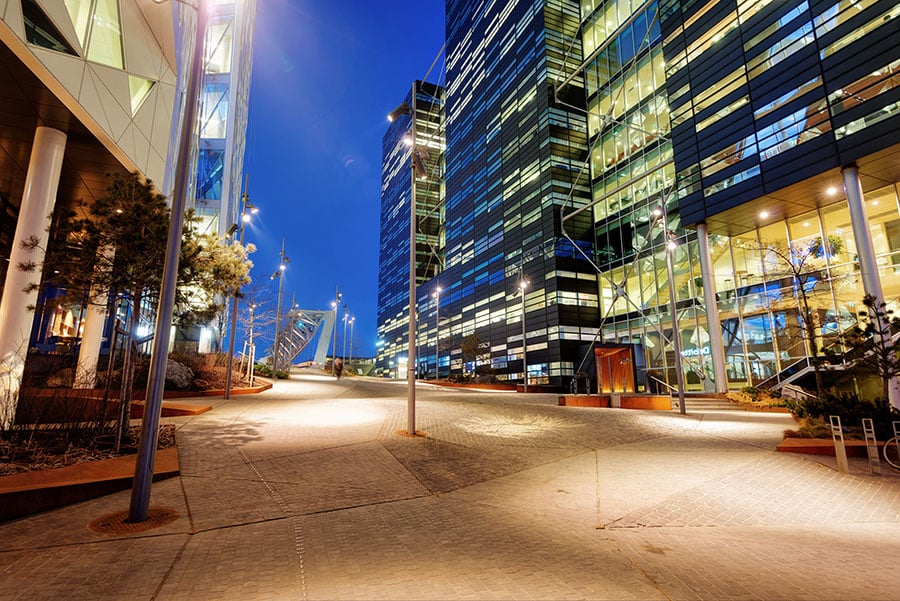 The final stop of my Oslo weekend adventure was a trip to the Norwegian National Opera & Ballet, an architectural gem on Oslo’s waterfront. The Opera House is one of Oslo’s newest attractions with a modern design and unique construction, allowing visitors to walk on the diagonal roof of the building. Similar to the Holmenkollen Tower, the rooftop offers views of the city, the mountains, and the fjords, but from a different vantage point—you can even spot the ski jump in the distance. I took in one last view of Oslo, a city that will always hold a special place in my heart, and began my journey home.

Being a tourist in my own city taught me that there is always more exploring to be done and more adventures to be had. I visited some sights I had seen before and others that were completely new to me. And when I went around, something interesting happened… the city grew. Even though I saw more of Oslo than I ever had before, I was constantly discovering places that I didn’t know existed and that I now want to explore. I encourage you all to be a tourist in your own city, you may find that you’ve been missing out on much of what your city has to offer.