An Englishman and his bangers are never far apart

For an Englishman with a background in Fine Arts and special effects, the Vietnamese sausage industry was about as foreign to Jonathan Stuart as the culture he found himself immersed in when he arrived here. Having owned and operated a small farm in his native Kent, Jonathan (Jonty) was aware of the obstacles that lay ahead. However, it would take a stroke of luck, along with meticulous planning and many failed experiments to see him break into the Vietnam food industry.

“There wasn’t a market when I arrived [in 2006], to the extent I had to make and build it myself,” says Jonty. “The key thing with sausage making is you have to be absolutely consistent. It’s no use altering your ingredients because your customers won’t come back.”

For example, Jonty found a local source of sausage casings but opted to import them from the UK because he knew the quality would be consistent from one order to the next. Unsatisfied with the quality of seasonings he found in China and Southeast Asia he continues to rely on imports from the UK.

He was reassured of that quality when he returned to the UK to pick the brain of his family’s now-retired butcher. “I went to ask him for some tips and tell him what I was doing and see if he could give me any guidance,” explains Jonty. “The butcher’s two sons weren’t interested in doing any butchering so we sat down and he said he would give me the recipe. He was a champion butcher in Kent, so I’m eternally grateful.” Jonty’s factory is a converted two-story house in Thu Duc District where only two staff work in the kitchen. Expanding on his original market of sausages which included flavors like pork & leak, old English (herb/onion), tomato & basil and the original vegetarian, Jonty’s Bangers now also offers meat pies, sausage rolls and Scotch eggs. For anyone scratching their heads as to what a Scotch egg is you’re not alone.

“It’s an egg with basically sausage meat around it then rolled in breadcrumbs and deep fried,” explains Jonty. Apparently, it’s quite a tricky delicacy to make. “Nhung is a master at making them; most of mine were a disaster.”

He doesn’t use MSG in his sausages and only uses fresh, daily delivered supplies of lean meat and fat. Ingredients are never frozen which means production of the sausages starts when the meat is delivered around 7am.

With an output of over 1,000 sausages a day, more of Jonty’s products are finding their way into retail outlets in An Phu and Phu My Hung as well as on the menu at restaurants including Mogambo’s and Snap Café.

“We’ve thought about going down the shop route but at the moment I’d like to just concentrate on getting these out to as many people as I can,” he explains when asked if he’s considered opening his own butcher shop.

Even with all of his success, expansion isn’t the most important concern for Jonty, who is proud his shop resembles that of a traditional butcher’s. “If an English butcher came in here he’d recognize instantly what was going on.” 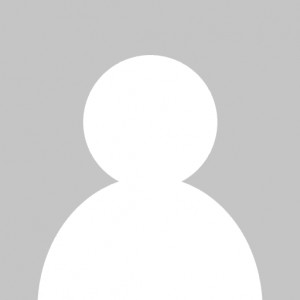 1 thought on “All Linked Up”