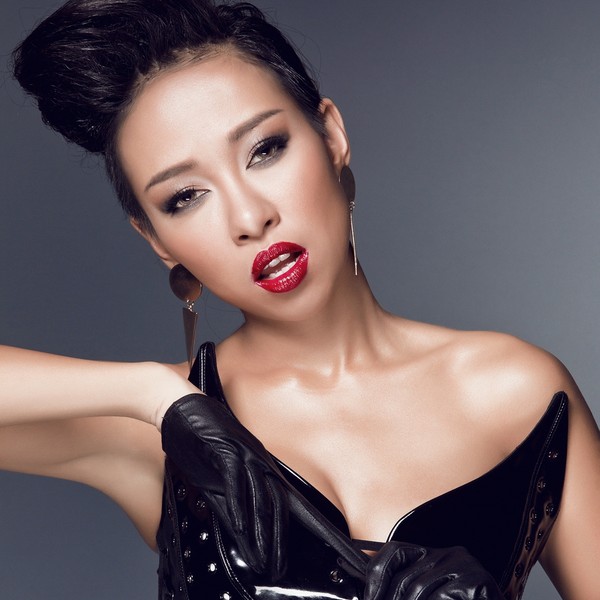 I’m probably not the only one who’s reluctant to bring up the topic of Rihanna when chatting with Thao Trang these days. It may be a sore point; it’s only been a matter of weeks since the Vietnamese singer posted an out- of-nowhere tirade against the injustices of the music industry on her Facebook page entitled Rihanna is world famous, why not me? Thao Trang’s been compared to Rihanna for most of her career – they share a similar dusky, dangerously seductive look – but whereas the Barbadian superstar achieved world celebrity by merely landing in Jay-Z’s lap, Thao Trang’s three-year campaign to connect with a decent producer in the US has thus far met with frustration.

In her post, Trang claims that the producers she’s met have told her that there’s nothing in terms of talent or performance that would put Rihanna above her on the stage. The problem is that they’re reluctant to take a risk – even given that she’s a successful artist – with someone from a low-level market like Vietnam. Getting told “sorry, you’re good, but you’re Vietnamese” too many times has gotta hurt.

Fortunately, Trang has no problem with talking about Rihanna whatsoever, and admits that the comparison between the singers has actually been an important part of her career in Vietnam. Of course, it’s not jealousy, she laughs – “I’m only jealous in the way that I want to have that success too. It’s envy. What I wrote was just an ‘I wonder…’ thing. Why I’m not like that. What do I need to work on, what’s the help I need to get there?” I’ll be honest that in Thao Trang’s case, I’ve never quite understood the comparison with Rihanna in the first place. Rihanna may have a distinctive voice, but take a good look and shake your head: that’s one messed-up celebrity there, and her performances can be rough and heavier on style than they are on the actual music. If you want to get technical, Thao Trang’s the more accomplished singer of the two, hands down – she delivers lucid, sunny vocals with a well-controlled gusto, just as you’d expect from a musician who perfected her tone through the study of classical opera at the HCMC Conservatory of Music. What’s more, Thao Trang is exceptional in this country in that she speaks and sings in English with remarkable fluency, and she’s probably alone in the homegrown music industry to have released such an abundance of singles in the English language rather than Vietnamese.

“People thought I was out of my mind,” she says of the time she started frenetically recording in English after scoring her first big break on the local music scene – she placed highly in the first season of Vietnam Idol back in 2007, in theory prepping her for a gentle career singing in funky Saigon cafés. But even then, she was an unusual fit for the Vietnamese music industry, and with her bushy afro and distinctly café-mocha complexion, many fans thought that she was at least partly of African descent. The nickname she picked up at the time is one that she still bears proudly today – xau la, ‘a strange kind of ugly.’

The notoriety that grew out of her unique look, however, proved to be a source of further opportunities after leaving the show. While basing a music career on an Idol appearance has proven difficult even for winners of the competition overseas, Thao Trang found her kind of ‘ugly’ was in considerable demand here.

“I got a lot of shows, people wanted me to sing,” she remembers. “At that time, my knowledge of fashion and my own image was low. Then I got the chance to travel to Bangkok, so of course the vibe, the young people, the fashion, and everything just hit me. I learned a little, I became more aware of what I was wearing, and worked out how to look better.” 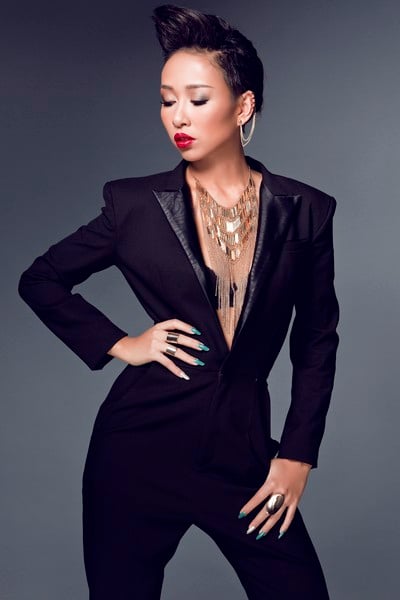 “At that time, I worked with a group of Viet Kieu friends,” she says. “They were all together with a company called Early Risers. I joined them to do an OST of a movie, Fool for Love. I started with that, and afterwards I signed with the company for two years – I did one album, The New Me, and a few singles. Then my level went up step by step, and I learned a lot from those guys. They taught me so much about music – urban, R&B – and English. Before that, I just sang concerts. They taught me how to sing in English from within me. That was a new thing.”

The origins of Thao Trang’s musical and language abilities go back way beyond Vietnam Idol. It’s not a happy story, although she still speaks with considerable emotion about the wonderful father who taught her English and music at a very young age. While her early childhood here in the south was idyllic, family difficulties prompted a move back to her dad’s hometown in Quang Tri, where things took a turn for the worse.

“I think that was a bad move,” she says. “We started all over again from zero, when we already had something in the south. One thing was that the village was too poor, and it was hard to make money. It was just a bad environment. There were guys drinking, and they treated the family badly. So we got drawn into that.”

“He was a good dad,” she sighs. “Until he got drunk, and totally lost it. So then he became a not-so-good dad. That’s the reason why our family broke up.”

With the disintegration of her happy home, Trang had to leave school and accompany her mother back to the south, where she settled into a life of factory work and staffing a canteen. She’d still be there if the idea to pick up her schooling again hadn’t come into her head from out of nowhere, prompting her to get on her bike, drive 10km into Saigon, and look for a suitable course.

“I found a school where I could study at night, because I had to work during the day,” she says. “So I went there every day, and finished my 12th grade. While I was there, I met a friend who was a singer for weddings and small events. I hung out with her and she helped me to sing a little bit, mainly because we went to school together. At that time I was driving her to her shows. And then I told her one day, ‘Yeah, I would love to sing like you.’ So she introduced me to the organizer of her show, and he let me go up to sing just one time. Just to know what I could do, go up to sing one song. That was it, everything started from there. Then he invited me to come and sing shows for him, for real.”

Thao Trang spent the rest of her schooling balancing work, study, and singing for fun in between, without any real plan for what would happen next. “Even though I’d been singing, I didn’t think it would be my career. I just thought I’d get my degree, then work at an office like everyone else. Then after I was done with school, I was sitting with my whole class for the last time – like when you say goodbye to everybody when they go their separate ways. They kept talking about how they were going to apply for university. I sat there and wondered, what can I do? I was really bad at school, so if I went to do the exam, it was going to kill me, I’d fail for sure! I thought I was good at nothing. So based on what I thought I could pass, I applied to the Conservatory of Music, because it was focused on singing.”

“It was just to have a school, really,” she admits. “I wasn’t trying to be a proper singer. I thought I’d study to become a teacher… we were very young back then, our thinking was very simple. But then when I started, I joined a lot of activities with friends in the class. We joined a lot of competitions, and I kept singing shows to make money. I competed a lot before Vietnam Idol, but because I kept failing, I thought OK, this thing may not really be for me, I’ll just finish school and be something else. So I didn’t expect much from Idol – I thought ‘well, I’m not going to win anyway.’ But luckily it was at the right time.”

Although her father lost his battle with cancer a few years ago, he lived long enough to see the little girl he taught to sing become a star. “I think he was so lonely,” says Trang. “He would drink and smoke too much. But he saw me on TV for Vietnam Idol, and yeah, he was alive for a few years after that. He saw it happen.”

Thao Trang hasn’t given up on her aspirations overseas. She’s just begun working with a new music streaming app, Guvera, which has committed to promoting her in several target markets – and while she’ll be sticking to performing in Vietnam for now, the long-term goal is still to make it abroad.

“I will try to focus on Vietnam anyway,” she promises. “I still have to survive. But I do have some good connections right now, so we’ll see how it goes. I believe in luck. That’s my life. It came with a lot of luck, a lot. I will still go with that.”

Sometimes, it’s hard to remember that celebrities were just regular people before they got famous. A lot of musicians, actors, and entertainers didn’t have a plan for becoming a celebrity, really. Just like everybody, they attended college and received their degrees. Some of the superstars even continued their education and got a Master’s or a

The term “Viet comics,” referring to comics originating from Vietnam, was created in the 1960s by Floral Age Bimonthly magazine; though the origins of illustration in Vietnam can be traced back to a much earlier period. Pre-1900, Vietnamese mạn họa or liên-hoàn họa were woodcut illustrations for storybooks. Those early Vietnamese pictures paved the way