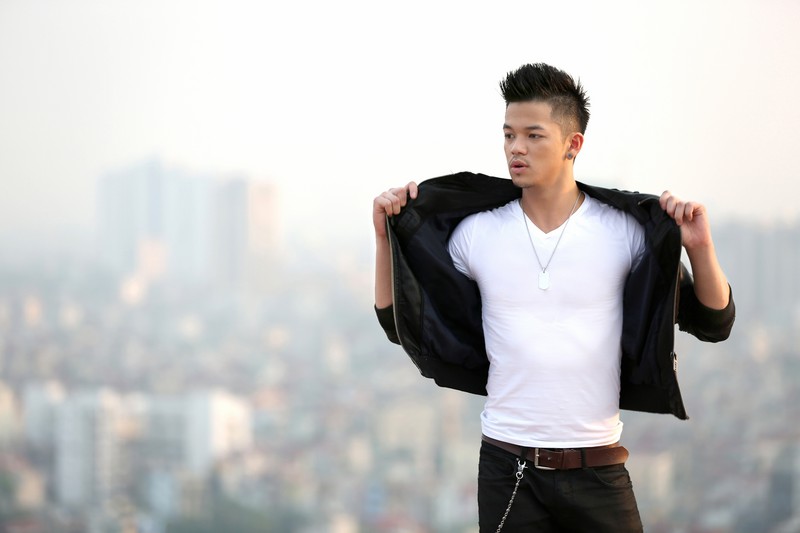 American Idol may already be walking the green mile, but the popular TV format appears to be stronger than ever here in Vietnam, where the show continues to reward artists who break the local pop industry’s cookie mold. While its US counterpart has long since been trapped in a decade-old zeitgeist, part of Vietnam Idol’s continuing appeal here is its sense of the Western aesthetic – in showcasing Vietnamese talent on an essentially foreign platform, the program implies an international standard of validation for popular Vietnamese entertainment.

It’s perhaps about time, then, that a Western contestant was at last crowned Vietnam Idol at the conclusion of the last season – German Viet Kieu Trong Hieu, whose English-language songs and unambiguous Michael Jackson/ Justin Timberlake-styled performances overwhelmingly captured the popular vote. Hieu’s victory is probably the greatest indicator yet of the thirst of Vietnamese audiences to see their own music industry as having truly come of age: their chosen idol is fresh-faced, charismatic, fluent in English and almost unbearably good- looking. He is a transformation of the local hero, a familiar face as seen through a prism held up to an American spotlight. 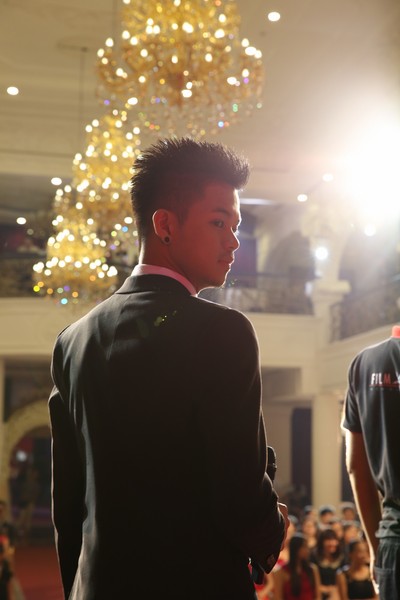 Suddenly the most successful celebrity export ever to come out of the small Bavarian spa town of Bad Kissingen, Trong Hieu’s newfound fame has come as an outright surprise for the young singer, whose laid-back career in Germany has now spilled over into superstar status in his parents’ native land. Hieu was in the country to visit family members when he received a tip-off from a friend that Idol auditions were entering their final day, and figured that making a play for a spot on local TV would be an amusing way to spend his holiday here. At the audition, Hieu immediately drew attention for his highly accomplished performances, and the admiration of judges and audiences alike never seemed to drop off. Now at the center of more media attention than he’s ever had in his life, Hieu is already set to embark on his second national tour – and is now talking about releasing his first single here as a vehicle for his signature dance moves and vocal style.

Speaking with Trong Hieu, it’s clear that the fresh star is still overwhelmed by what’s happened to him, although this is far from his first experience on stage. Born to immigrant parents whose life in their newly-adopted country was far from idyllic, Hieu showed a proclivity toward the entertainment industry from his earliest days. 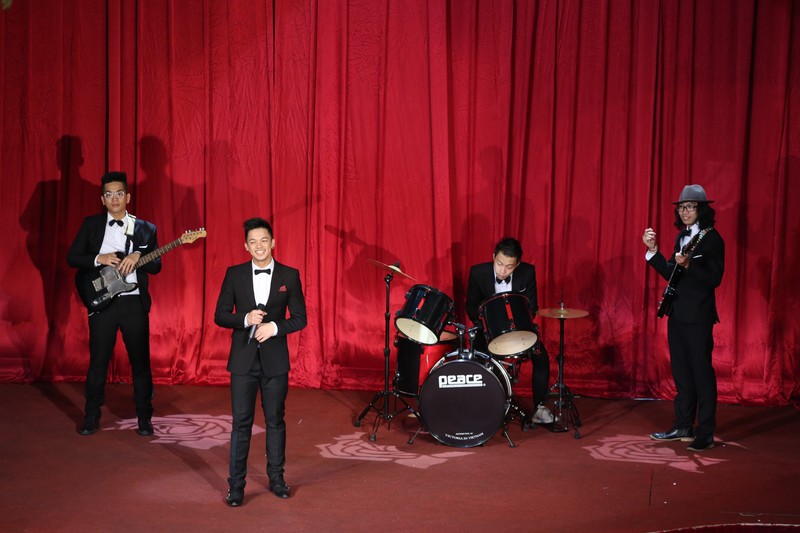 “I used to dance with a friend at home,” he recalls. “We would make concerts for our parents. We invited them with our uncles and aunts in our bedroom, and we had a sheet there and made a show with dancing and singing. Then my parents saw the potential, and so when we moved to a bigger city they took me to a dance school. Two or three years later, I started singing in a children’s choir. That was the beginning.”

Hieu’s European childhood was largely sheltered from the struggles his parents faced in an unfamiliar land. “They didn’t speak the language, they didn’t know anything,” he sighs. “They came with nothing to Germany, and they started from zero, like from hero to zero. I think for them it was very, very hard. But they always tried to give us love, they always showed us that they were here for us. As a child, I wasn’t that aware of all those negative things, because I could do whatever I wanted – sure, there were things that I couldn’t buy, like toys that I saw other children have, and I couldn’t get. Still, my parents gave me everything they could afford; I could go to school, I could go dancing, I could go singing. That’s why I think it wasn’t a difficult time for me. I could still connect with my Mom, though she was crying at night; she was sad because of the hard times she had in Germany. So I could see that.” 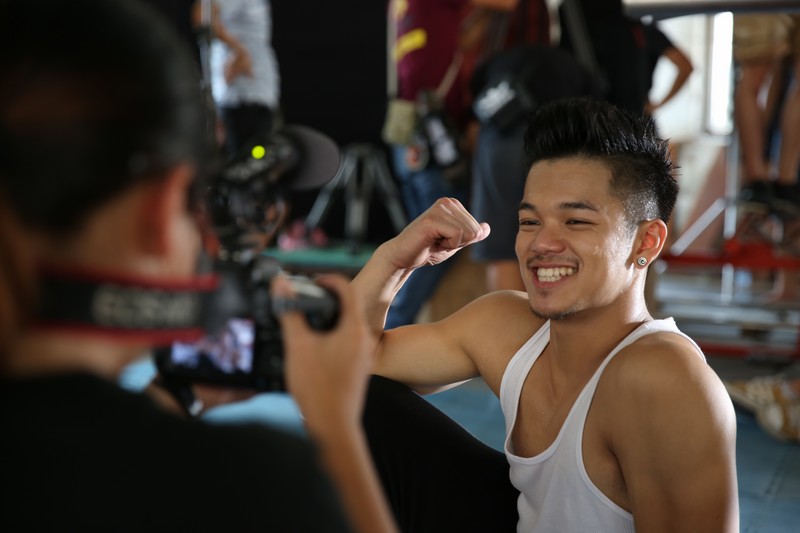 The family maintained strong cultural ties with Vietnam. “I’ve got a big connection to Vietnam and I’ve always had Vietnam in my heart,” Hieu hastens to point out. “My parents are from Vietnam, and I look Vietnamese, and we always spoke Vietnamese, we ate Vietnamese food in Germany. So absolutely there was a big connection.”

Even as a performer from an immigrant family, Hieu’s career in Europe was already gathering speed before being unexpectedly superseded by the Idol win. “In Germany, I was doing my own songs – I wrote my own, and I’ve recorded music videos,” he says. “I was doing flash mobs with children in my city, and we were recording those in the videos. There were a lot of people who liked it. I was really satisfied and happy about that. I could dance with children, I could sing my own songs. I could really do what I love.” 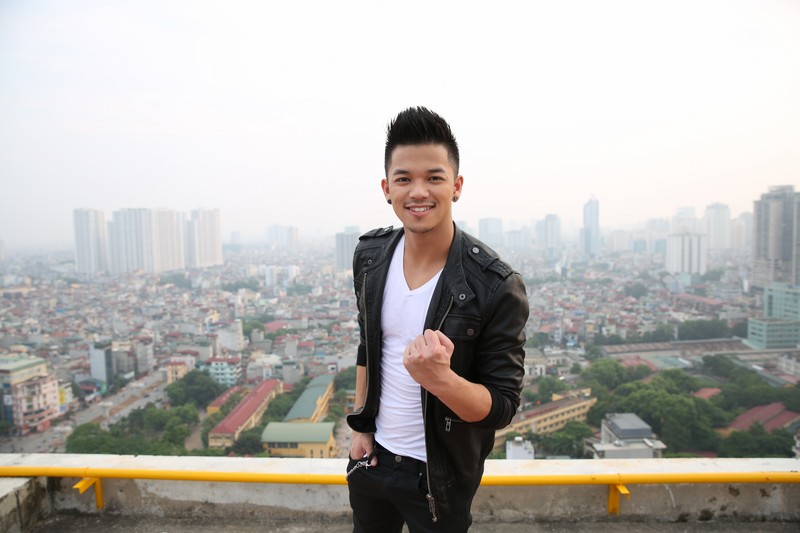 Trong Hieu is now set to become a semi-permanent feature of the Vietnamese music scene – and with what is perhaps a German sense of discipline, he’s dedicated to pushing beyond his Vietnam Idol envelope. Hieu is becoming a newly-won fan of Vietnamese music (he lists Toc Tien, Ho Ngoc Ha, Isaac, and Thanh Bui as being among his favorites) and eventually wants to write his own songs in Vietnamese as soon as his experience with the language and local tastes matures. While the inclinations of Vietnamese audiences vary distinctly from what’s popular in Europe, Hieu is prepared to take a creative leap to achieve a lasting resonance on the local scene.

“I think I want to do a compromise, like in terms of what the people like, and what my personality is and what I want to do,” he says purposefully. “If I adapt too much, I would become different, but I still have to make music that people want to hear. So I want to try a mix of the tastes of the Vietnamese people and my taste. My feeling, what I think is good, and what I think people will be happy to receive.”