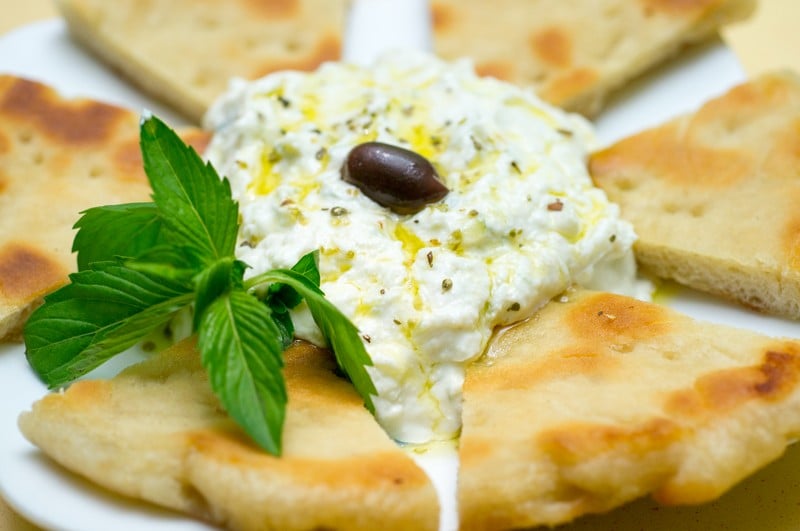 For all the great food that Saigon has to offer, it can sometimes be hard to find a good meal when you don’t feel like Vietnamese fare or necessarily want to blow the food budget on a single outing. What’s left is often greasy fast food or Western’ish dishes that disappointingly taste like Vietnamese versions of the real deal.

Enter Zeus (164 Cong Quynh, D1), a small family-run Greek eatery that focuses on a simple two-page menu of traditional Greek food made well. The décor is equally unpretentious with a comfortable, no-nonsense dining area with the requisite framed photos of the Acropolis and the blue rooftops of Santorini, while the front of the restaurant houses the outdoor grill and rotating spit for the gyro, sending heavenly wafts of roasting meat out onto busy Cong Quynh. 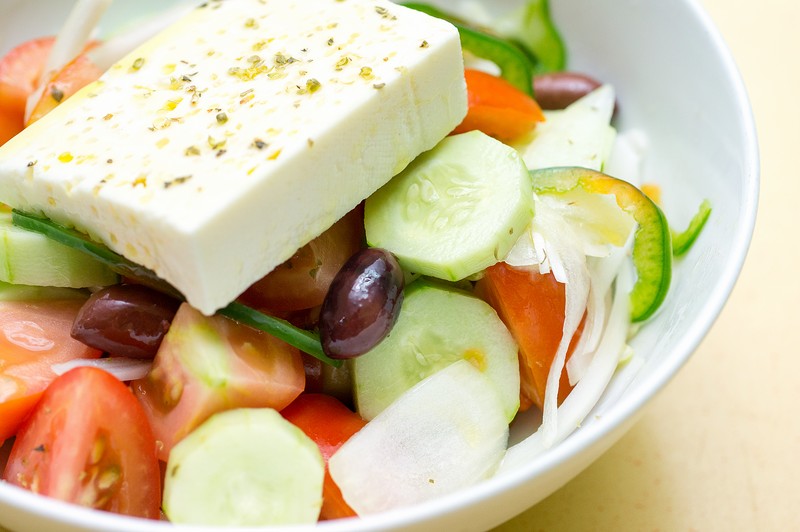 Our meal started off with Greek salad (VND130,000) and Tzatziki (VND80,000). The salad had well-balanced proportions of tomatoes, cucumbers, onions and green peppers with an entire brick of feta on top, a decadent reminder that the excellent cheese is made fresh in-house ― tangy, rich, salty and not crumbly, everything a good feta should be. The dressing is simple and doesn’t seek to overpower the freshness of the ingredients, a nice balance of sweet with a punch of sour. (The salad might be slightly heavy on the onions for some, so if onions aren’t your thing, you may want to ask for less of it.) The yogurt and cucumber Tzatziki was equally solid, thick and hearty, with a generous drizzle of olive oil, and served with grilled pita, also homemade. Zeus’ pita is slightly thicker than elsewhere and is grilled for a smoky crispiness on one side, so you’ll want to eat it right away while it’s still hot. 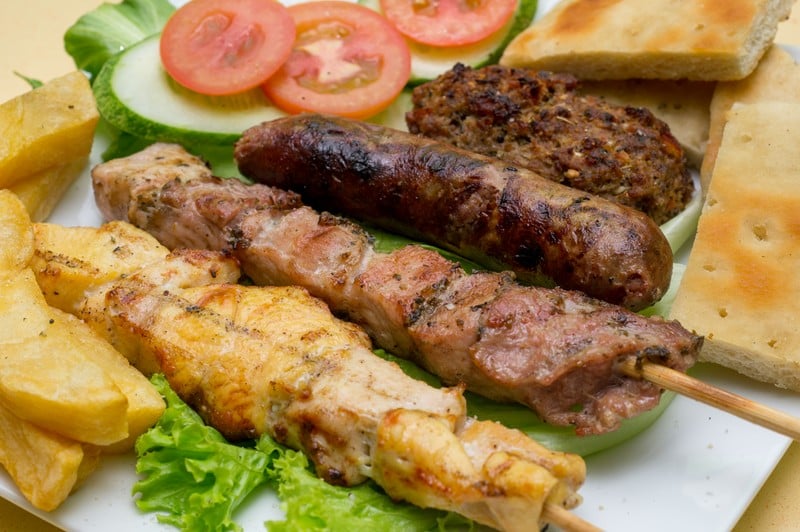 Zeus was originally opened as a souvlaki shop and its Mixed Souvlaki Plate (VND165,000 with accompanying green salad, or VND205,000 with Greek salad) was a tasty combination of chicken and pork souvlaki, a kebab of minced beef with bread crumbs which was well-spiced for an earthy rusticity, and a hearty beef and pork sausage. The grilled meat skewers were tender and juicy, especially the pork, with just the right amount of charring. The star of the green salad was the dressing, a light honey and olive oil concoction that left us wanting more. 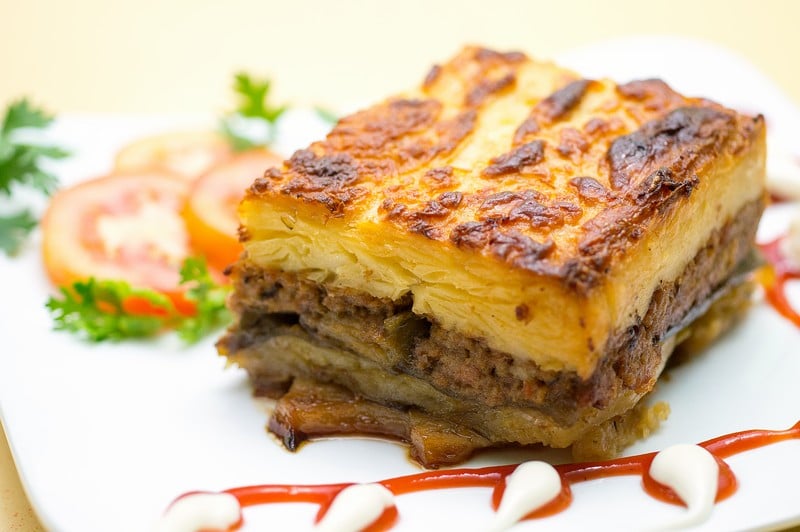 At only VND60,000, the Greek Moussaka was a steal, a generous portion of fried eggplant and potatoes covered with minced beef and Béchamel cream sauce, the ultimate in comfort food, its richness cut by the dollops of sweet ketchup and tangy, salad dressing-style mayonnaise. Another budget-friendly dish was the Gyro pork pita at VND 40,000, stuffed with thick slices of slow-grilled pork, fried potatoes and tzatziki sauce, all wrapped up in a pita ― a quick meal in itself. 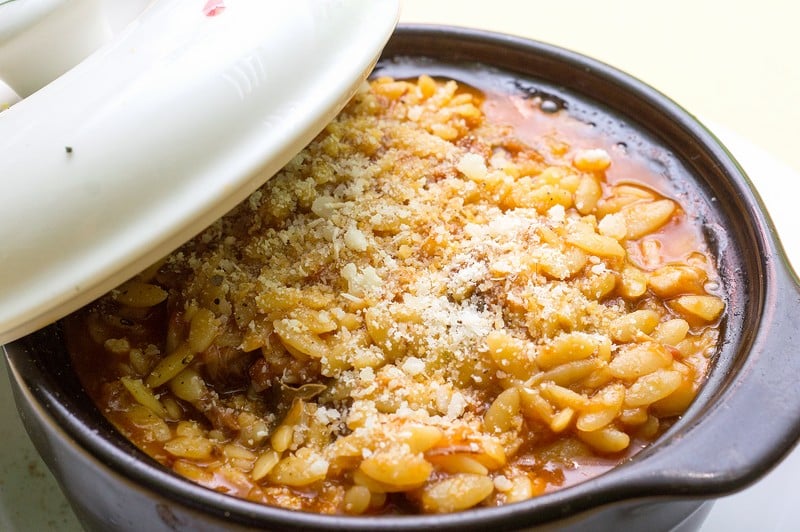 The standout of the evening, though, was the Giouvetsi, a classic baked Greek pasta and beef casserole, and at VND200,000, one of the more expensive dishes on the menu, but completely worth it for its fussy recipe. Giouvetsi calls for simmering chunks of beef in red wine and tomato sauce until tender and then adding a short-cut pasta and finishing in the oven. At Zeus, the meat sauce is simmered over low heat for 8 hours with a few bay leaves thrown in for that pleasant aromatic quality before the addition of orzo, then cooked in a clay pot which helps maintain the heat for as long as you’re eating it. It’s the perfect antidote to a cold, rainy Saigon evening. 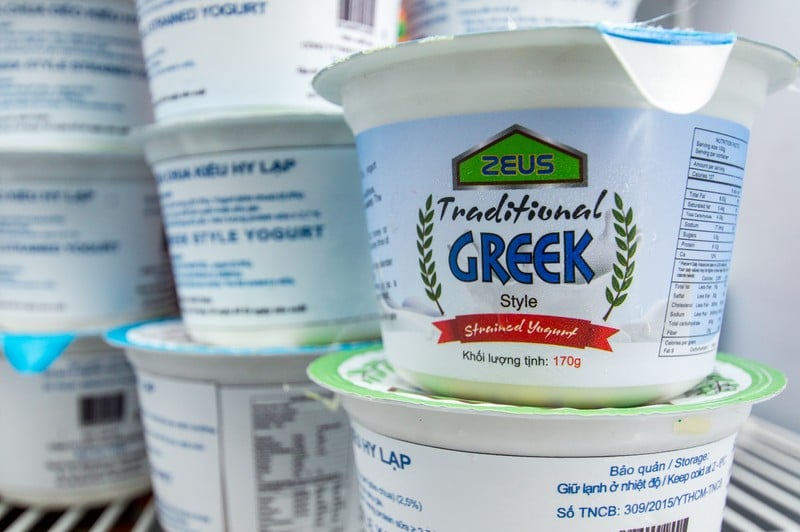 The desserts do not deviate from the restaurant’s mantra: simple foods made with good ingredients. The flaky, not- too-sweet Baklava (VND40,000) is loaded with walnuts, almonds and cashews while the Greek yogurt (VND60,000) features Zeus’ own branded yogurt topped with homemade marmalade ― orange, strawberry, lychee, grape or mango, all using Greek honey.

Since chef-owner Eftiochios Mountakis and his Vietnamese wife, Sammy, moved back to Vietnam from Athens in early 2013 to open Zeus, their goal has been to serve up authentic Greek fare with no MSG or other chemicals. As a youngster, Eftiochios lived on a farm where his father raised 3,000 sheep and goats, growing up drinking goat and sheep’s milk and eating homemade cheeses. Unable to find authentic Greek products in Saigon, he’s applied that same farm-to-table mentality to Zeus, where the restaurant produces its own feta cheese and Greek yogurt, both to be used in its own dishes and to be sold commercially. Find Zeus products for sale at the restaurant or in stores like Maximark and Phuong Ha with more distributors in the works. Feta is priced at VND160,000 for a 200g package, or VND790,000 for a 1kg tub. Greek yogurt is VND65,000 and VND55,000 for strained and unstrained versions in 170g containers, or VND270,000 per 1kg tub. 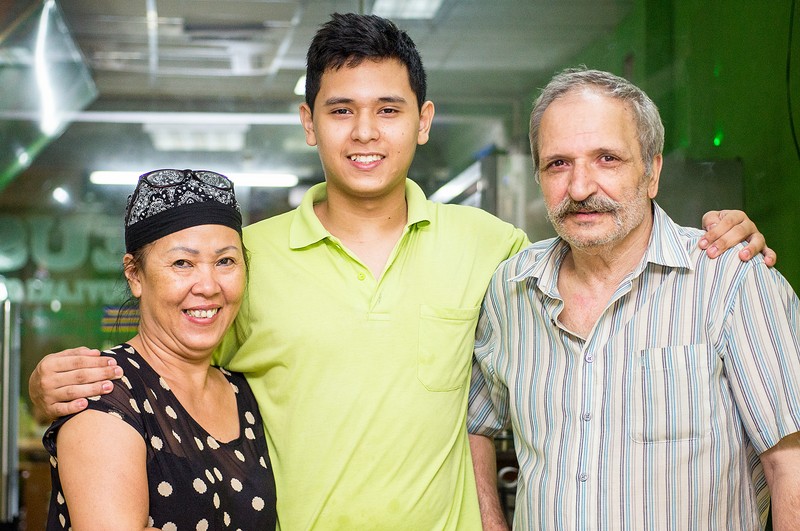