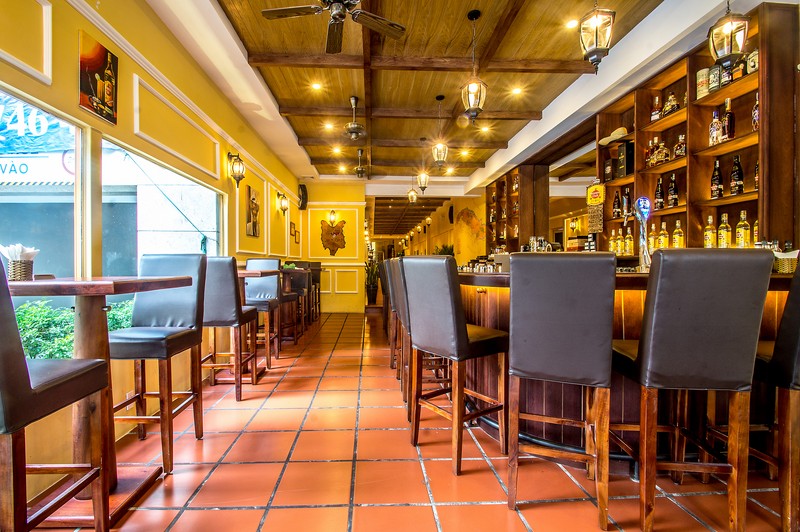 Charles Lecompte and Ruben Fahmestock surveyed the cuisine scene in Saigon and asked themselves one very simple question: “What’s missing?” They were enthusiastic and in unison with their decision: a terrific Cuban restaurant. Charles, a former wine distributor, and Ruben, a 12-year veteran of kitchens whose last stop was La Cucina in D7, quit their jobs and went all in, booking a trip to Cuba to seek their inspiration.

They meandered around the Caribbean nation for a month sampling various dishes and libations when they met Alex Moreno, a chef in Havana with 18 years of experience. They pitched him their idea to open a Cuban eatery in Saigon and asked if he wanted to come along on the journey; Alex readily accepted. Now with their chef, and an assortment of ornaments and other Cuban flourishes in tow, they set off for the bustle of Saigon with a clear vision of what they wanted.

That vision is expressed in Cuba la Casa del Mojito on 91 Pasteur in District 1. When you saunter in, the warm, tropical hues, imported sconces, and Cuban music titillate the senses leaving one wanting to drink and dance as much as sit and eat. With live music and a party most every night, Cuba la Casa is already attracting a following that includes the Cuban consulate as regulars. 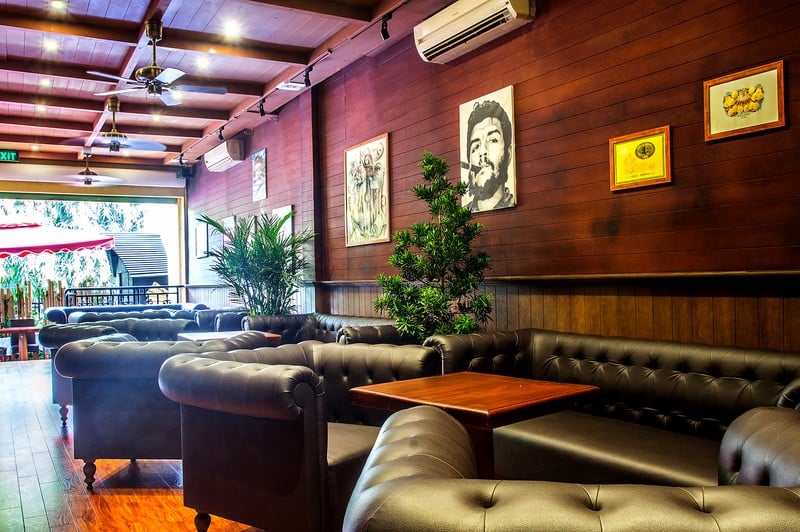 We were led to our table where we immediately ordered up a pair of classic mojitos (VND100,000) made with Havana Club rum and settled in to take a gander at the menu. The fare on offer is kept simple as they test the waters, but they look to add more every few months as they see what becomes popular. We started with an order of ceviche made from fresh fish, clams, and prawns (VND95,000). It’s a solid representation of the dish and a pleasant way to begin. We also ordered up their Habanera salad (VND145,000) that is a very hearty serving of mixed greens, chicken, eggs, and potatoes in a balsamic vinegar and pineapple dressing. This is a perfect item to share for people who want a salad, but don’t want to fill up on it. 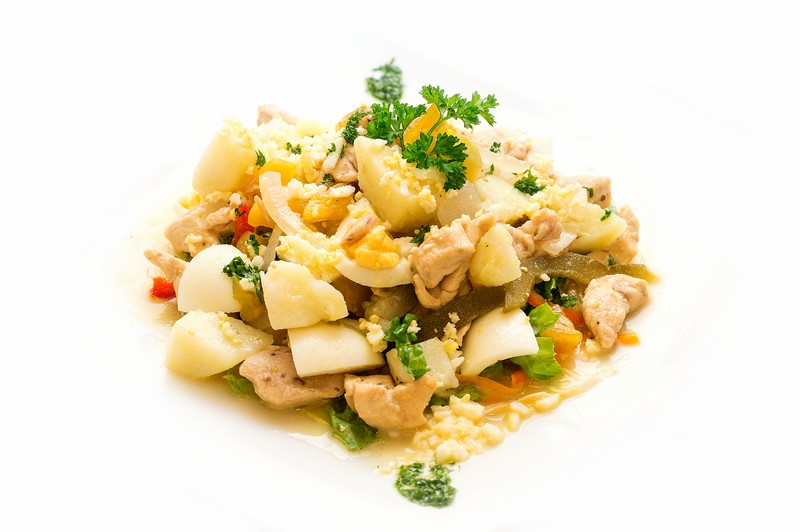 The bistec en cazuela is a pork dish made with garlic and onion in a red wine rosemary sauce (VND295,000) which we paired with arroz moro (VND55,000 a la carte), which is black beans and rice with garlic, onion, and bacon and proved to be a spectacular side. The bistec en cazuela has fantastic flavor and a generous cut of pork to keep even the ravenous content. 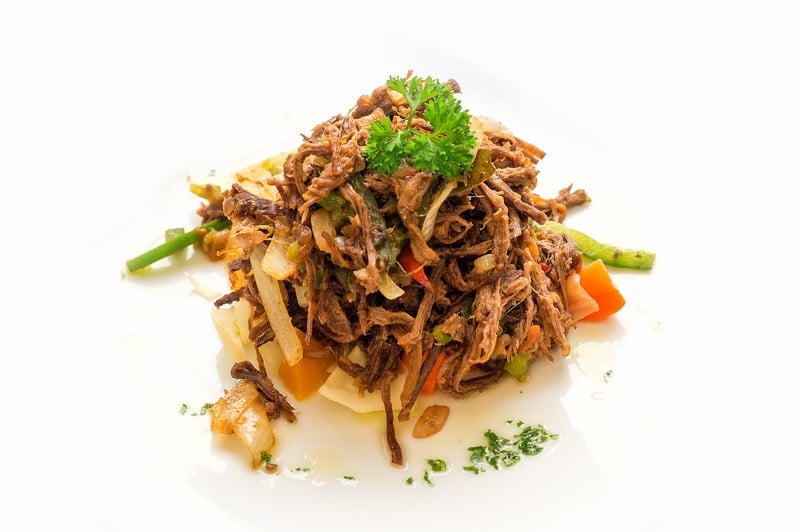 Their most popular dish is ropa vieja, which means “old clothes” and is named for its appearance as a lot of old rags. The ropa vieja comes in either personal or sharing sizes (VND220,000/VND350,000) and is a combination of stewed beef, onions, garlic, tomatoes, and flambéed plantains with a side of yucca (VND35,000 a la carte) which was soft, creamy, and an ideal accompaniment. 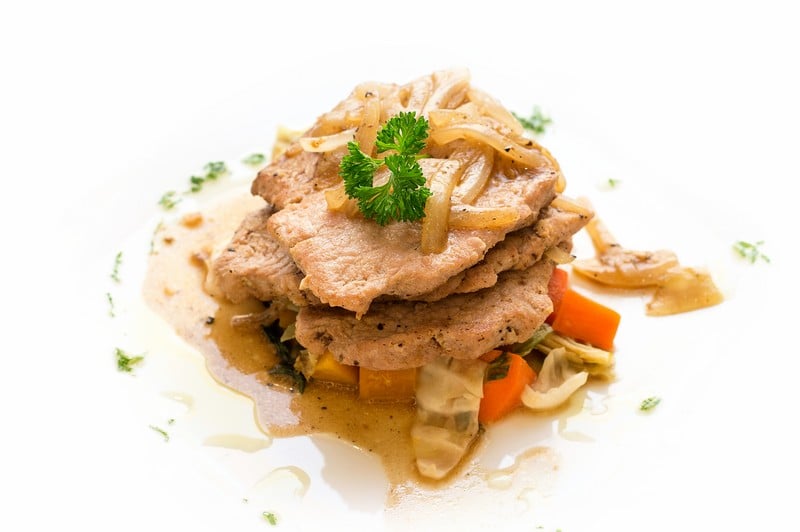 The two are a perfect representation of Cuban cuisine and I can’t recommend them highly enough. 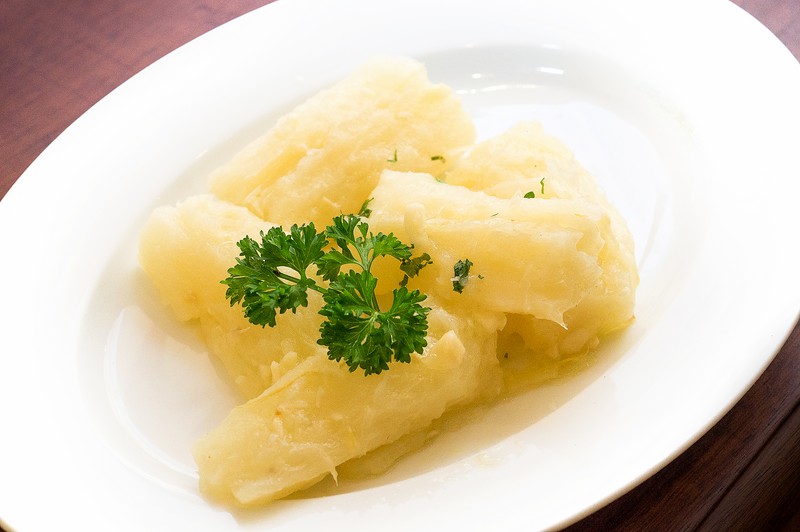 For those who aren’t too sure about Cuban fare, or want to play it safe, they can opt for the bistec grilla (VND395,000) which is a 250g US ribeye steak that can be paired with black beans stewed in garlic and onion. The obvious downside is its decided lack of Cuban-ness. 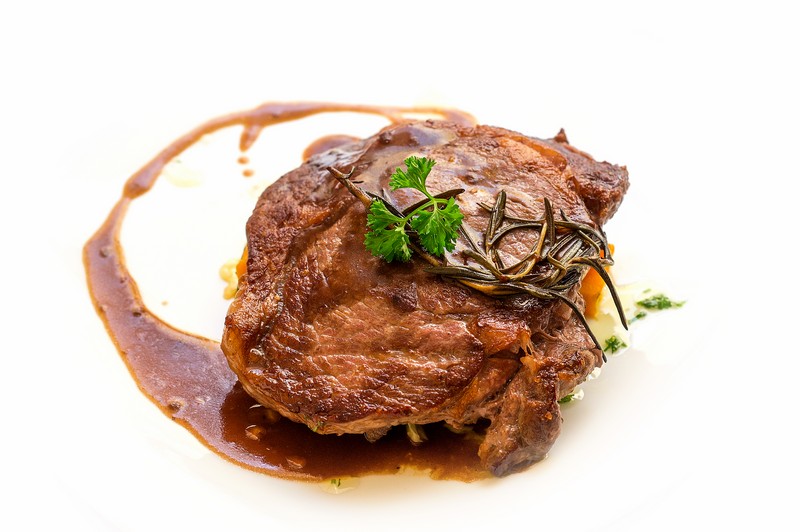 We finished up the meal with an order of classic flan (VND65,000) and pumpkin flan (VND75,000). Both are sure to please, but the pumpkin is a novel and fun expression of a dessert that’s already quite popular here in Vietnam. 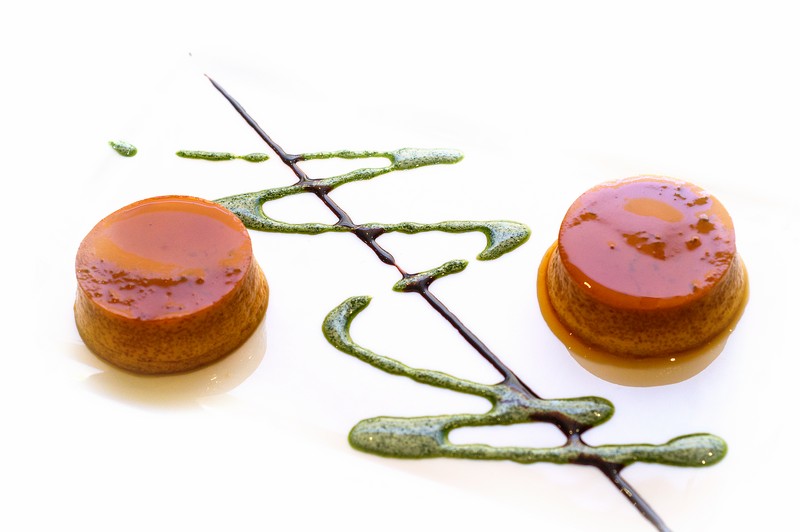 For those with the yearning to make an evening of it, stick around after dinner and wait for the live music to begin and you can dance the night away fueled by mojitos and terrific beats provided by one of the local Cuban bands. If you prefer something a tad more sedate, there’s a wonderful lounge all the way in the back where you can enjoy sipping on whiskeys and smoking imported Cuban cigars. For those who want to partake but aren’t willing to shell out for the pricier imports, you’re in luck. They have a hand-rolled cigar station where you can have one made for you for about VND300,000.

Cuba la Casa del Mojito is a colorful menagerie of cocktails, cuisine, cigars, and music where the line between virtue and vice is blurred to the extent that you won’t mind which side you find yourself. If you find that you do, the best advice is to have another mojito.