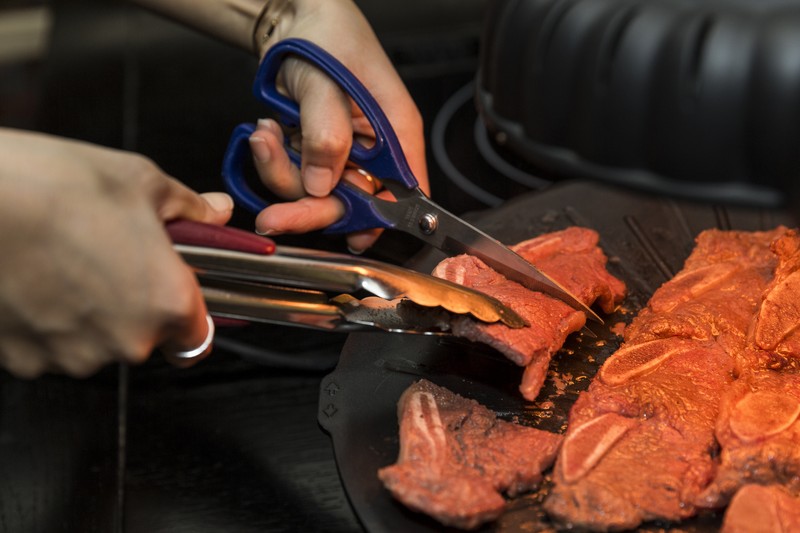 When South Korea’s former first lady Kim Yoon-ok made it her personal mission to bring Hansik – the cuisine of Korea – to global prominence, it seemed like a great idea. Following on from her relatively successful efforts to introduce the delicacies of the Korean people to delegates at international summits and encouraging the country’s five-star hotels to reopen their shuttered Korean restaurants, it soon became a government priority to have the whole world eating it. If everyone was ooh-ing over its dramas and ah-ing over its music, it seemed only natural that kim chi would be the next Korean Wave.

The plan was a dismal failure. Perhaps it was the headshakingly bad promotional KPop videos or the bizarre pseudoscientific studies to demonstrate that men who ate bibimbap instead of burgers had higher sperm counts – but after millions of taxpayer dollars had been squandered on ineffective campaigns, the world hadn’t noticeably changed its eating habits, and even Koreans themselves were eating more pizza than ever before. 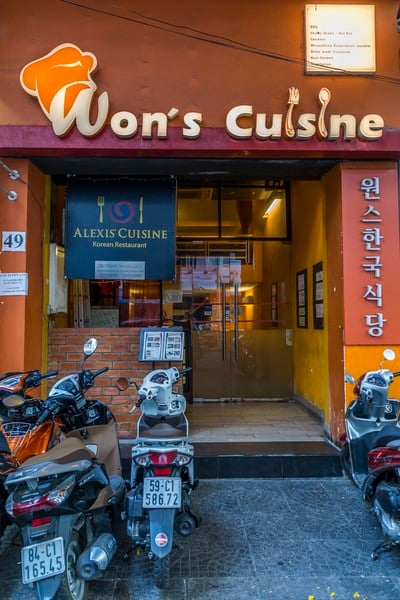 If you ask Alexis Won, the proprietor of Won’s Cuisine (49 Mac Thi Buoi, D1), the problem was much more deep-rooted than just poor marketing – as far as she’s concerned, it was mostly the tteokbokkito blame. A spicy, soupy sticky rice cake with the consistency of tree rubber, this much loved Korean street snack simply failed to gain any traction overseas, especially on the Western palate. According to Alexis, the heart of the problem was that outside of its own cultural context, tteokbokki (and some of the other dishes prepped for world domination) does not strike first-timers as being particularly yummy. The guys in government simply made the wrong choices when they put their personal faves in the limelight. 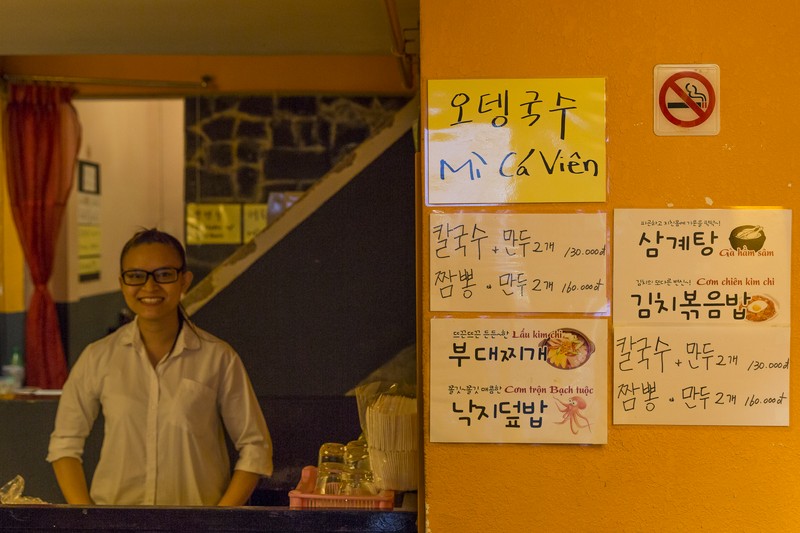 Alexis, who is about to launch her own major kim chi brand for national distribution here in Vietnam, means no disrespect to the national cuisine she loves. She does, however, feel that the promoters of Korean food have obviously completely failed to consider the tastes of the outside world.

This is perhaps something that she has a unique perspective on, having always been a culinary oddball. As a girl, she was the only child in school to regularly enjoy a lunch box of kim chi sprinkled in cheese at a time when Korea was still undergoing a painful, impoverished post-war recovery period. Most of the other children had only rice and leaky Maxwell coffee jars full of kim chi for their school lunches in those days – she still remembers the uniformly acrid stink of textbooks stained by the pickling juice. 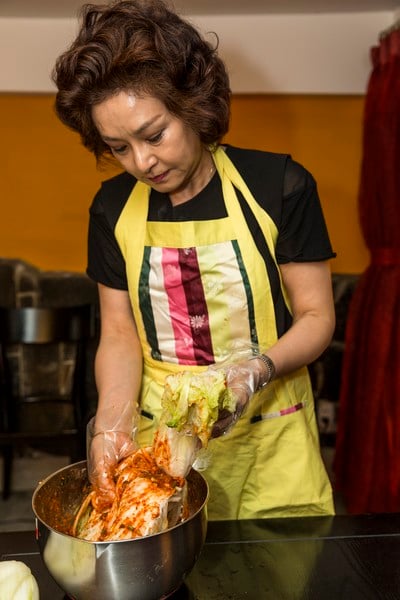 Today’s Korea has very little in common with the conditions of rural poverty it underwent barely a generation ago, and yet somehow the bitter taste of its most difficult days lingers on in its cuisine – which perhaps is part of its problem in exporting Hansik to international diners. If you wander about its fashionable, well kept streets today, you probably wouldn’t believe that the average dish enjoyed by Seoul’s wealthier-than-average young citizens costs less than the frappuccinos they routinely enjoy afterwards (Seoul has no less than three expensive café franchises on virtually every street and the highest concentration of Starbucks you have ever seen).

Koreans are still entranced by menu items that were once staples of the desperate peasantry, even if they can afford to splash out on international haute cuisine. A conservative country in every sense, most older Koreans can barely tolerate even the most moderate of culinary experimentation on their time honored recipes. Tteokbokkiis a prime example – many Koreans still fondly remember winding down after a long day at school with friends at a local tteokbokki stand, and they’re still so fond of the stuff that they’ll actively hunt down venues that have good tteokbokki on offer whenever they go traveling. 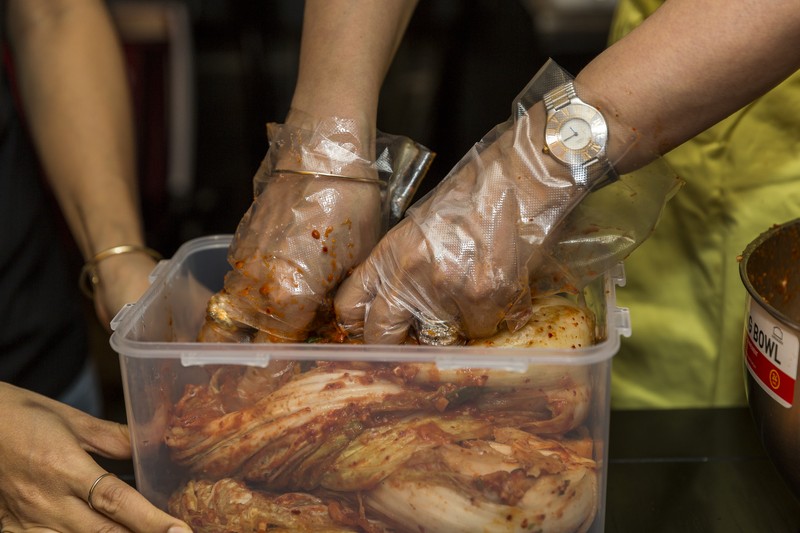 As with many national cuisines worldwide, Korean innovations in cooking developed during times of necessity. The Korean Peninsula famously experiences four entirely distinct seasons per year, with long hot summers and equally punishing winters. It was never particularly blessed with culinary resources, either – and with a dearth of fresh vegetables in the months of snow following November and the festering heat of the Korean summers, the impetus on local cooking techniques has always been to find ways to preserve the harvest. In the centuries before fridges and freezers, Koreans learned to dry out their vegetables – fat cabbage leaves and chunky radishes – and then ferment them in large ceramic jars filled with a sea salt solution, which they would bury in the freezing cold soil. Water would seep through the porous pottery, leaving the vegetable inside tinged with sweetness in the brine – and thus, kim chi was born. 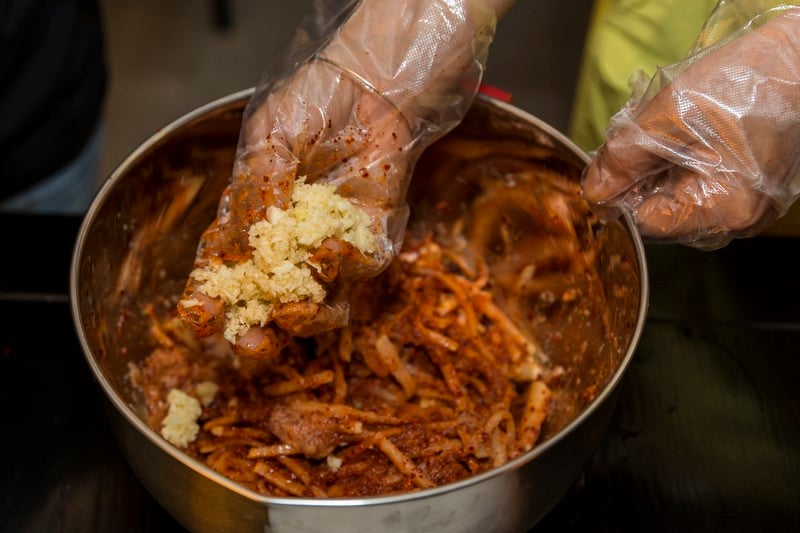 As the representative dish of all Korean cuisine, there’s actually a lot more going for kim chi than there might seem at first. “People think that all kim chi tastes very similar,” says Alexis, “but there are lots of subtle differences based on how you choose the ingredients; what kind of salt and garlic you choose. The kim chi that people used to make in the buried jars, you can’t find that taste anymore, because now we use a special kim chi fridge that keeps it at a constant 18 degrees. It’s more consistent in taste, but it’s not like what we had before. Those old techniques, you can’t really learn them from a book. They get passed down in families.” 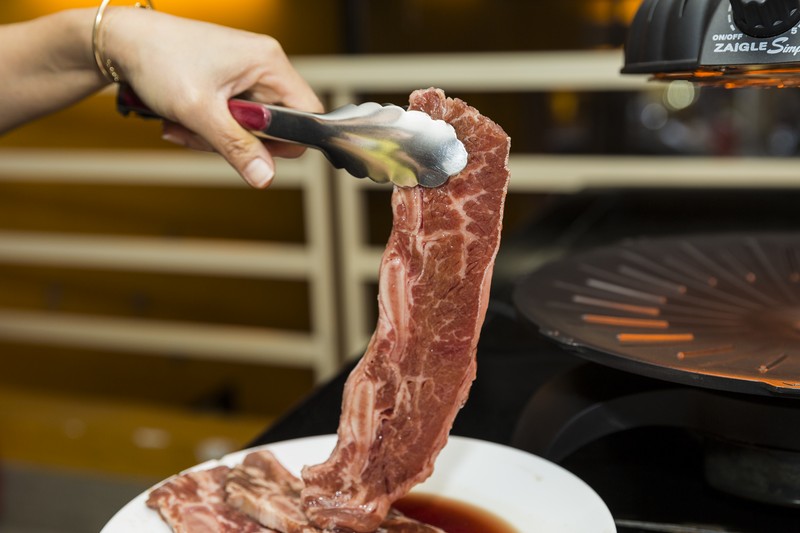 Alexis’ own kim chi techniques were passed down to her by her mother, who was well-known in their part of Seoul for producing an exceptional variety based on a secret recipe. “It was very special,” says Alexis, “she would use a lot of fresh fruit to give it a different flavor. She put lots of radishes in it, and would then fill it up with pears.” Not many people, however, guessed the key ingredient – a live octopus, placed in the center of the mixture. The resultant kim chi unearthed months afterwards was exceptionally crunchy and flavorsome.

At Won’s Cuisine, Alexis follows in her mother’s tradition of using unexpected ingredients and preparations to create variations on Korean cuisine that are more forgiving to foreign tastes. Many Western diners are quite particular to galbi– beef ribs – but noticing how troublesome they often are to eat with smoky barbecue racks and greasy scissors, Alexis serves it in Vietnamese-style rice paper rolls. The classic Korean method of wrapping meats and radish together in wet folds of lettuce (which can burst over the table at first bite) is resolved at Won’s by serving the ingredients as a salad. 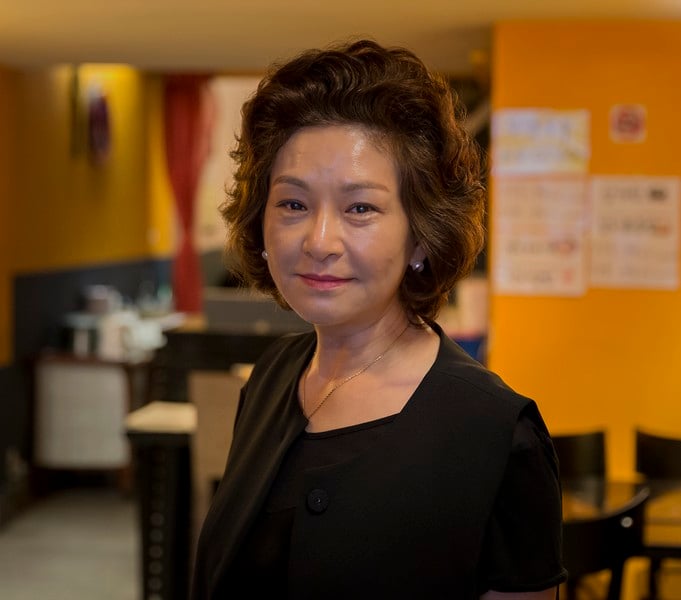 “I use dipping sauce with my Korean sushi and serve big, plain pancakes with cheese,” says Alexis of her cuisine. “People here seem to like it. I never thought I’d be a restaurant owner – I’m very picky. But every time we develop a menu, I remember my mother’s taste, and I have to imitate it. It’s not popular at all with traditional Koreans, especially with men over 50. But I just follow her way, and it seems to work.”