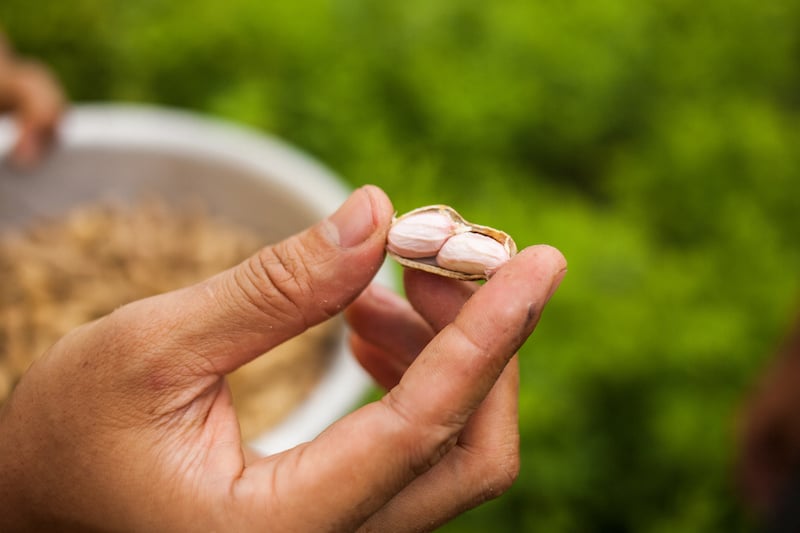 It’s possible to eat Dat Butter peanut butter and know nothing about how it’s made, how a team of a just a handful of men are making small batches of the stuff in 100-jar-per-day batches (about 90 million jars are sold annually in the US alone, according the federal agriculture statistics) selecting for just Vietnam’s natural peanuts. It’s possible to enjoy it and not know the social mission Dat Butter is embarking upon to improve the livelihoods of Vietnam’s farmers.

What’s different about Dat Butter then? Let me first ask you if you’ve ever really stopped to appreciate the taste of a peanut. Somewhere in the process of scaling up peanut butter production to serve the estimated 700 pounds consumed annually in the US, we seem to have lost the taste of peanut butter. Conventional peanut butter is a little bit like listening to music played on a cellphone: okay, acceptable, and we know generally how we’re supposed to feel. 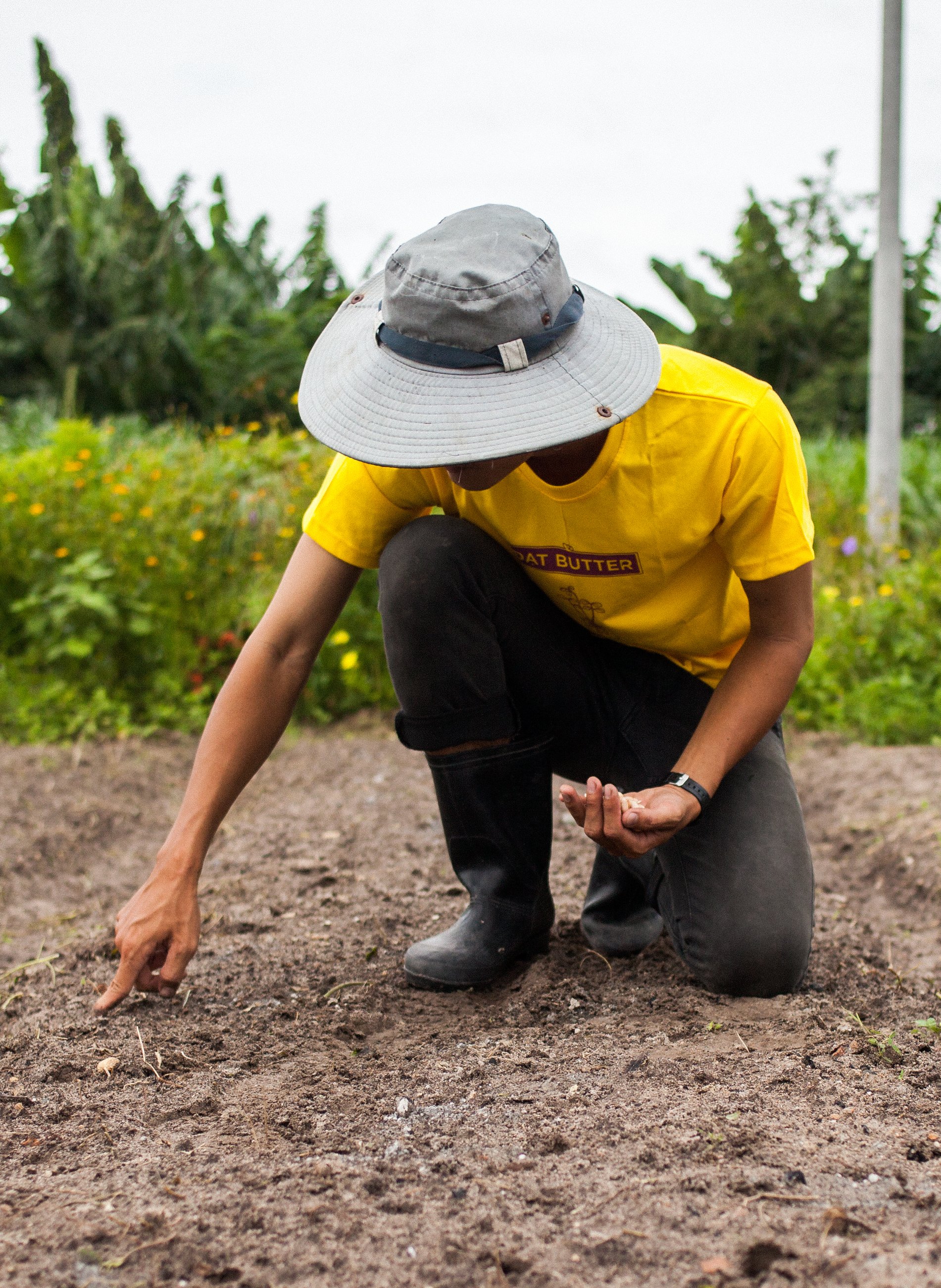 Dat Butter is like going over to your friend’s house who spends too much money on surround sound and listening to music there. Just as you’d hear the warmth and new depth of music with better speakers, Dat Butter’s minimalist recipe—peanuts, and sometimes salt— puts the peanuts at front and center of the palette, giving them a wine-level amount of flavor expressiveness. Who knew peanuts could be both bright and woody, while also being weirdly and subtly sweet? Why have we not been using these full bodied, rich nuts that are nothing like the deadened, almost calcified bar nuts that are served with beer and must be generously enhanced with sugar and oil to make the typical jar of peanut butter? 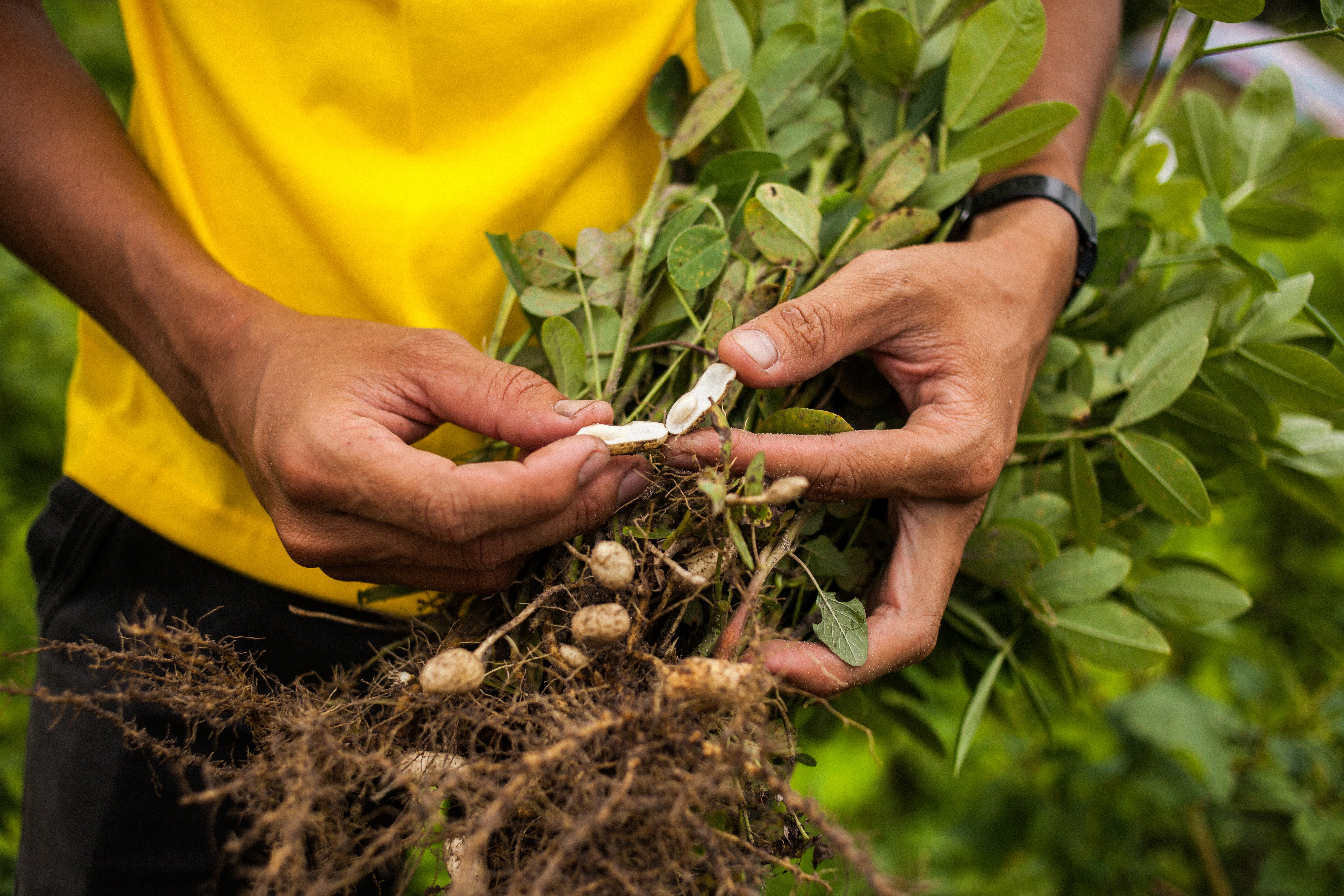 For one, the types of peanuts Dat Butter is working with are a little hard to find. The Cu Chi peanut butter maker has been sourcing their peanuts from a small network of farmers who’ve committed to making GMO-, pesticideand fertilizer-free crops.

Peanuts in general are hard to find within Vietnam. While farmers do supply a share of the peanuts processed within the country, Vietnam does import a fair share of peanuts from China and the US to meet its processing needs. The demand is high, but the earnings are modest for peanut farmers. Conventionally produced peanuts net about VND30,000 per kilogram.

Dat Butter co-founder Luan Jenkins wants to double peanut farmers’ earnings. A US-raised Vietnamese man, Jenkins reconnected with his biological family when he returned to Vietnam. They were farmers and, “I just started realizing farmers here have it hard,” he said.

Jenkins—a trained marketer— connected with Dat Tran, a food production expert who’d worked in industrial production of such edible goods as Chupa Chups. The third piece of what would become Dat Butter’s core team was Long Bui. His work with community benefit projects, like educating rural poor students, lent the talent necessary to build what they hope will become a social enterprise, a company that exists as a partner with Vietnamese farmers. Under the arrangement Luan described, farmers would get regular peanut orders from Dat Butter. As the company grows— which its expected to once it clears the production threshold for international export—the farmers’ business will grow.

The team hopes to grow the company and earn Fair Trade certification for their product, making them bonafides as a seller of natural food. The peanuts they are seeking right now are a rare commodity. Farmers who produce peanuts to the company’s standards net about VND60,000 per kilogram.

Dat Butter is sold in 55 stores across the country, including Big C. But for now the company remains a modest operation doing things jar by jar in their 2,000-squaremeter farm in Cu Chi where they’re vetting peanut crops to determine the best strain for the operation. The smallness is intentional, Jenkins said. With a small model farm like theirs, they can show others how to grow peanuts with limited land resources. “We want it to be small, so we can show people how it is easy to replicate,” Jenkins said. 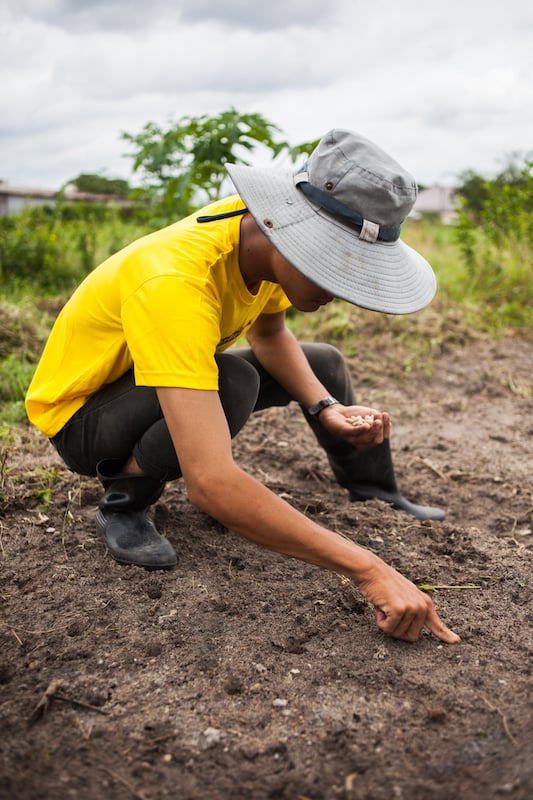