A Question of Me

“WHO AM I?” Is a question celebrated author and journalist Andrew Lam is, arguably, obsessed with. From his earliest published work Perfume Dreams through to his latest novel, Birds of Paradise Lost, the question of identity is pervasive. In the wider sense Lam is interested in how we construct our sense of self using language—written, spoken and remembered—and how we continue to shape and re-shape who we are in different cultural and relationship contexts.

More specifically, however, Lam is interested in the unique experience of the Asian in America, and even more specifically than that—the southern Vietnamese in California, where traditional Asian family values clash with the sharp individualism of the West. In an essay for the Huffington Post, The Education of a Vietnamese American Writer, Lam (whose full Vietnamese name is Lam Quang Dung) writes: “Part of America’s seduction is that it invites betrayal of the parochial. The old culture demands the child to obey and honor the wishes of his parents. America tells him to think for himself […] Many children of Asian immigrants learn early to negotiate between the “I” and the “We,” between seemingly opposed ideas and flagrant contradictions, in order to appease and survive in both cultures.” 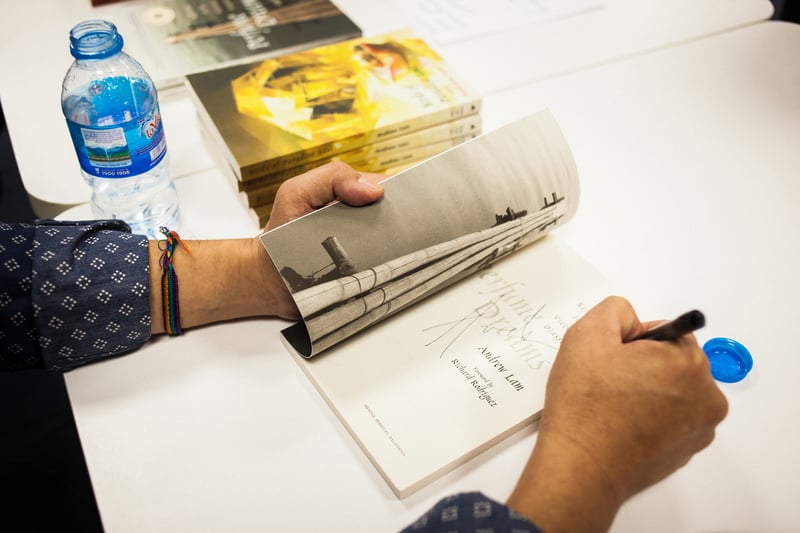 The son of a government official, Lam fled Saigon on the eve of reunification in 1975, the family landing in Guam and later settling in San Francisco. In the US, an already complex sense of self grew more tangled; the Vietnamese that had wrestled with the French for the first 12 years of his life now wrestling with English—all three languages vying for a place to make new meaning in his life.

More than 40 years later and back, once again, in his home city, the writer addressed a packed workshop of middle school children and described how he chose his name in his adopted languages, encouraging the children to think about why they had chosen their own English names:

“My French schoolmaster could not pronounce my Vietnamese name and so he asked me to choose from a list of French names. I remember I looked at ‘Alexandre’ and I thought it felt too strong—like Alexander the Great. ‘Andre’ seemed more like me. Then it became Andrew in the US and felt different again—like me, but not exactly like me. A name can say a lot about us.” 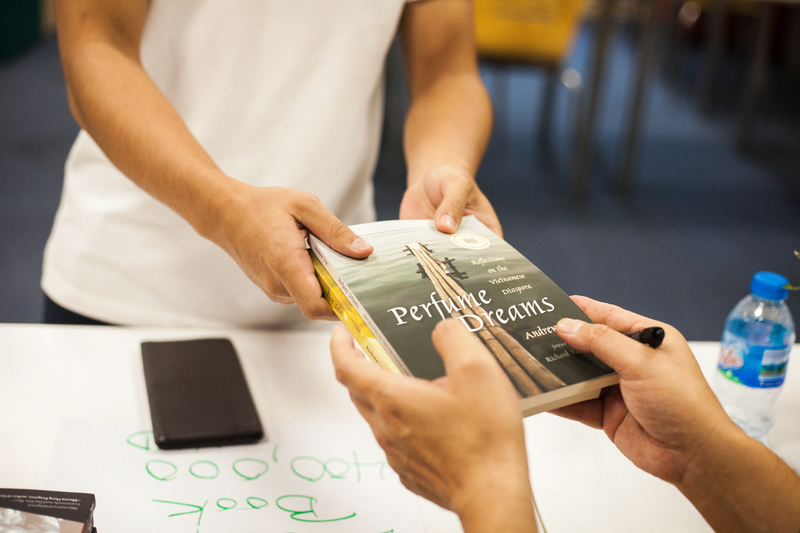 Earlier, Lam had faced a larger crowd of children in the assembly hall at ISHCMCAmerican Academy, all listening—much to their teachers’ surprise—with rapt attention as the author answered the many questions directed at him. One question seemed of particular interest, and indeed kept emerging in one form or another throughout the day: “Which language do you like to talk in more?”

Lam was amused, but seemed to understand completely. Arguably, the author was facing his own dilemma reflected back at him in these children, most of whom may feel like outsiders in their countries as their education, experiences and language skills set them apart from their peers. For them, the question of identity is perhaps equally pressing.

Laughing warmly, Lam answered: “It is not so simple as one language is better than another. Each brings its own meaning to your life. For example, there are many words that mean nothing to me in English. Like ‘sour’ for example. I feel nothing. But ‘chua’ – ‘chua’ fills me with joy. It makes me think of the first tamarind I ate as a child, how I had never tasted anything so ‘chua’.”

From the languages we speak to the cultures we live in, Lam explained later in the school library, we must find a way to bring them together to construct our own identities. To take the best of all of them and find the exact combination that creates us. The trick, he confided in one curious young fan, is to keep working on it. “We’re always changing—whether we want to or not.” 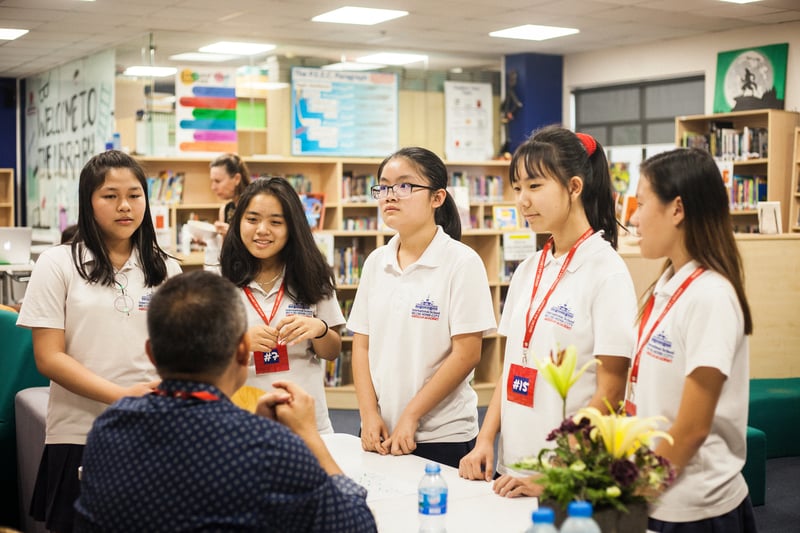 Returning to the subject of his essay, Lam later explained to me that much of what he had said may have been difficult for the children to hear, or understand. He again recounted the experience of breaking ranks with his family and revealing that he was going to be a writer, not a doctor, and how it had been a long, hard road to acceptance.

“My father was furious, he demanded to know—not expecting an answer—how many Vietnamese writers there were in the US. I said: ‘None. I guess I’ll be the first.’ From then on I worked hard to make sure I succeeded. Failure wasn’t an option. Just like it wasn’t for the many boat children whose families put every last penny into getting their children to the US to become doctors and lawyers.”

For Lam, the gamble paid off. As a young journalist writing for the Pacific News Service he won the Outstanding Young Journalist Award from the Society of Professional Journalists and has enjoyed a long and successful career with US NPR radio while gaining critical acclaim for his published non-fiction. These days, however, Lam is putting the reportage on hold and focusing on his creative writing.

“I’m a little tired of the politics,” he confided wearily to me. “There’s always something happening but nothing ever really changes. I want to focus on culture where things are fluid and changing— that’s more interesting for me right now.”

I get a sense that still waters are perhaps beginning to run a little deeper for Lam. Movement is tiring, and also perpetual: lasting growth rarely comes from it. Perhaps in the slower, more contemplative place of his fiction, then, the author is finally finding his way back home, to a place of more lasting change rooted in the quiet reserve of the East. 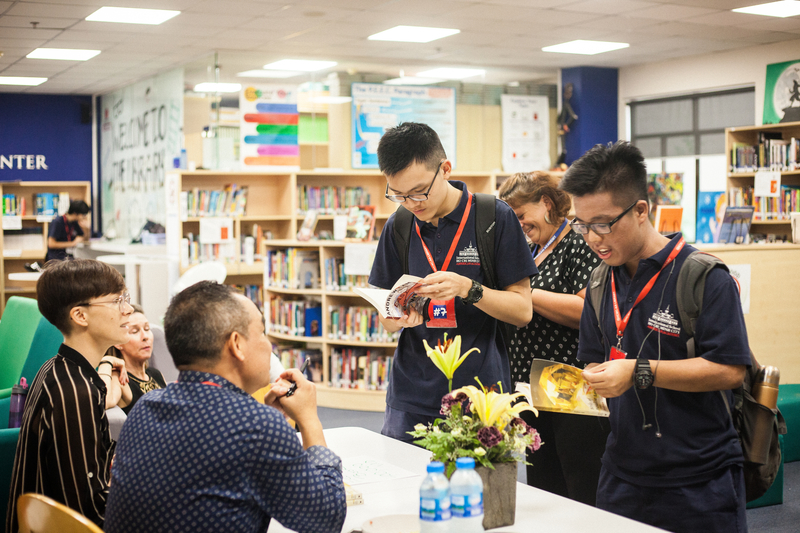