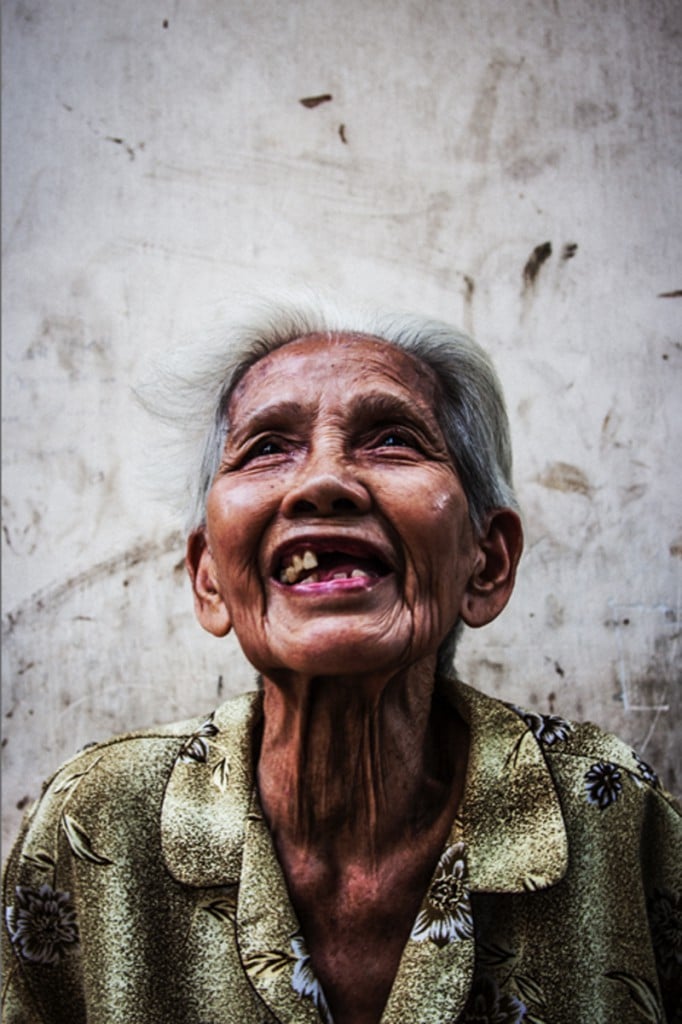 Our photographers reveal the challenges of shooting a cover.

Creating Oi’s first cover was a unique process, because we were essentially setting the tone and style for all future covers. I believed it was important to aim for consistency, and so I knew we had to get it right from the start. As my background is in documentary photography, I like to capture interesting characters and emotions. Our Creative Director and I were considering an image of an old lady laughing as a cover but, as the opinions of the rest of the team were taken into consideration, it became clear that it was perhaps not the best direction to take to launch the new publication. My main goal was to have each cover incorporate a portrait, or at least feature a person and a scene related to the inside content in a fairly prominent way. This, combined with the generally-accepted philosophy that attractive faces help to sell magazines, led us toward the direction that’s still being maintained today for Oi covers, but in each photographer’s own style. 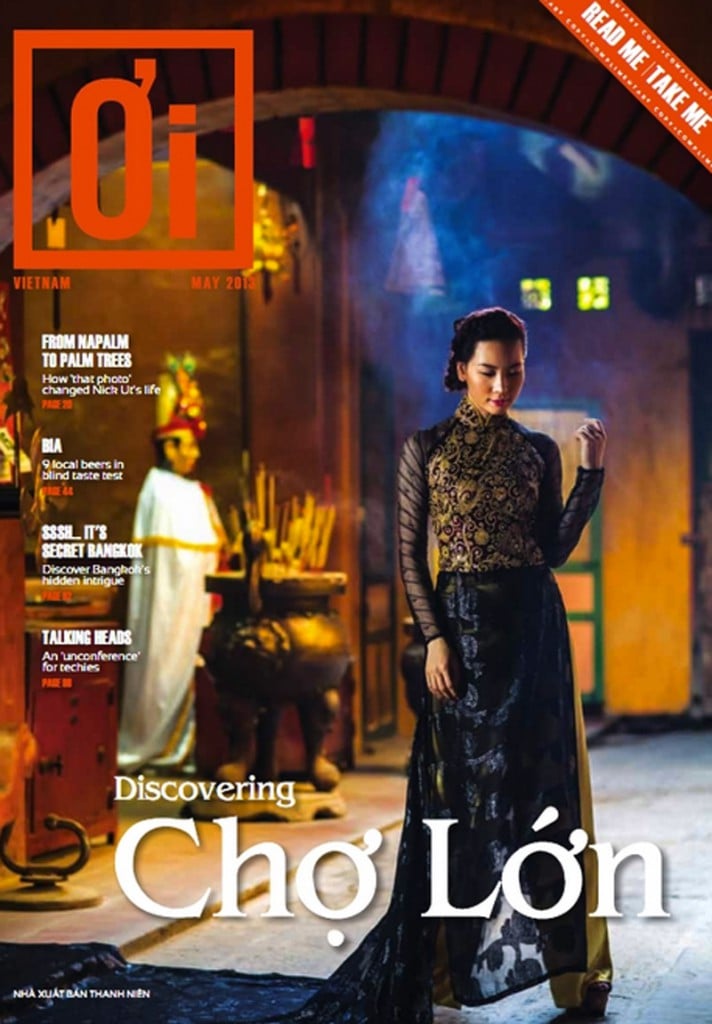 The one I still like the most is the Discovering Cho Lon (May 2013) cover. I just like the feel of the image that shooting in a pagoda provided us, as well as the model’s expression and body language. The colors in the background, the model’s dress and even the orange of the Oi masthead just work really well together to create a beautiful scene and atmosphere. If I had to choose a second favorite, it would be either the Eating Vietnam (June 2013) or the last cover I did, Genderation (October 2013). I just really like the way these images translated into a glossy A4 cover, but also the ambiance and mood of the shots as well. 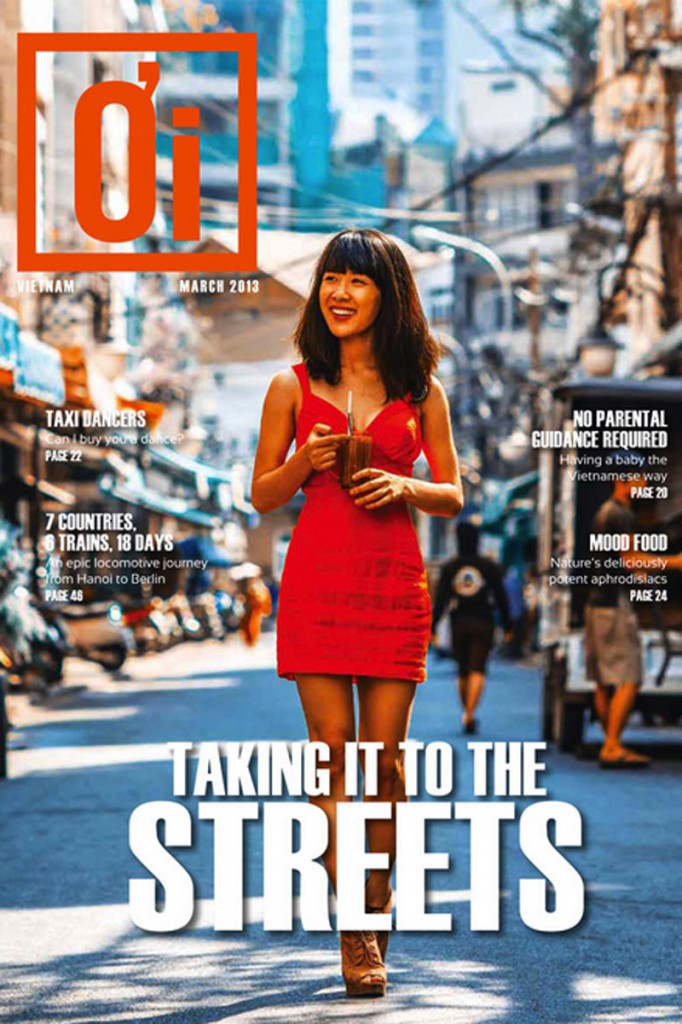 The pressure was on when I was assigned my first cover shoot for the December issue. As a new member of the team, I knew I needed to bring my a game and prove myself.

The cover story was about shopping, and as we were tossing around the ideas of a stylish woman with shopping bags in front of one of Ho Chi Minh City’s shopping malls, I immediately visualised something very specific. Most mornings I drop my wife off at work in Crescent Mall and have always admired the building’s distinct crescent shape. I knew that was where I’d get the shot I was after.

I also knew there would be definite challenges to make it work. First, I had to deal with some difficult conditions. In order for the building’s facade to be illuminated nicely, I had to shoot when the sunlight shone most brightly on it. This, however, would then become an unflattering light for our model. There would have to be skillful control of the lighting by balancing the sunlight with studio lights and other variable neutral-density filters. I had also planned to take alternative images inside the mall as a back up. Finally, with our Creative Director Paolo’s contact at Crescent Mall, we were able to obtain a permit to shoot at the venue. 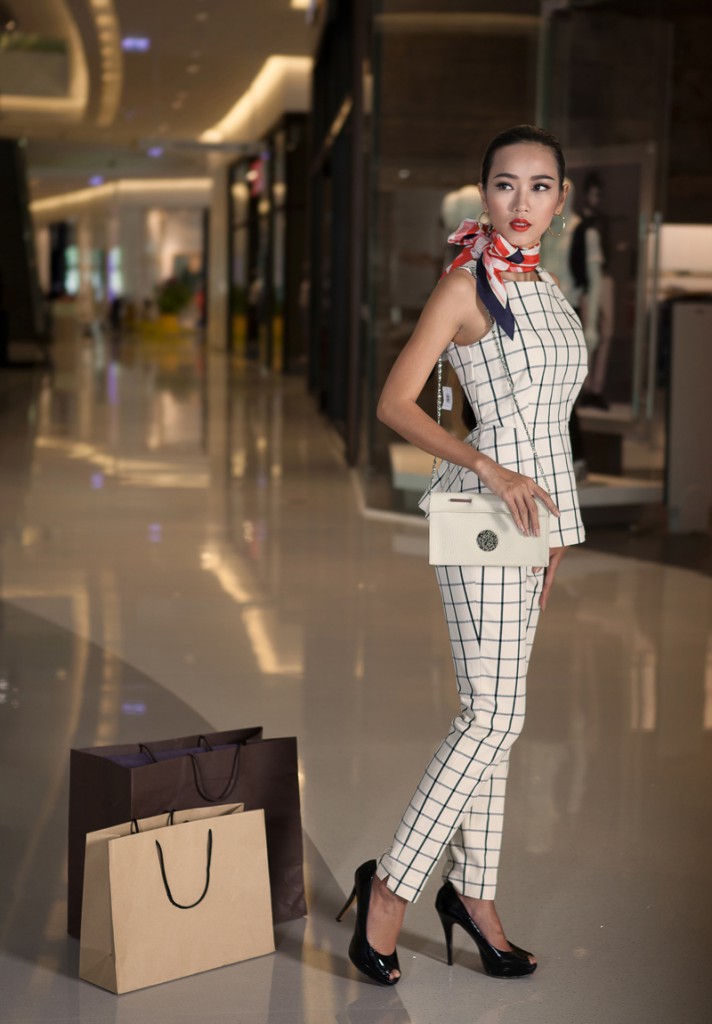 On the morning of the shoot, I arrived to find something quite unexpected. A shrine had been set up outside the entrance of the mall with candles, incense and food offerings – inconveniently right where the shoot was to take place. People knelt in front of the altar and prayed for what I imagine must have been blessings for the prosperity of the mall.

The situation wasn’t any better inside the mall, as the area I’d planned to use to create the indoor shots was now obstructed by a huge impromptu stage for a fashion promotion, and a film crew was using the one decent location that wasn’t ruined by the stage. 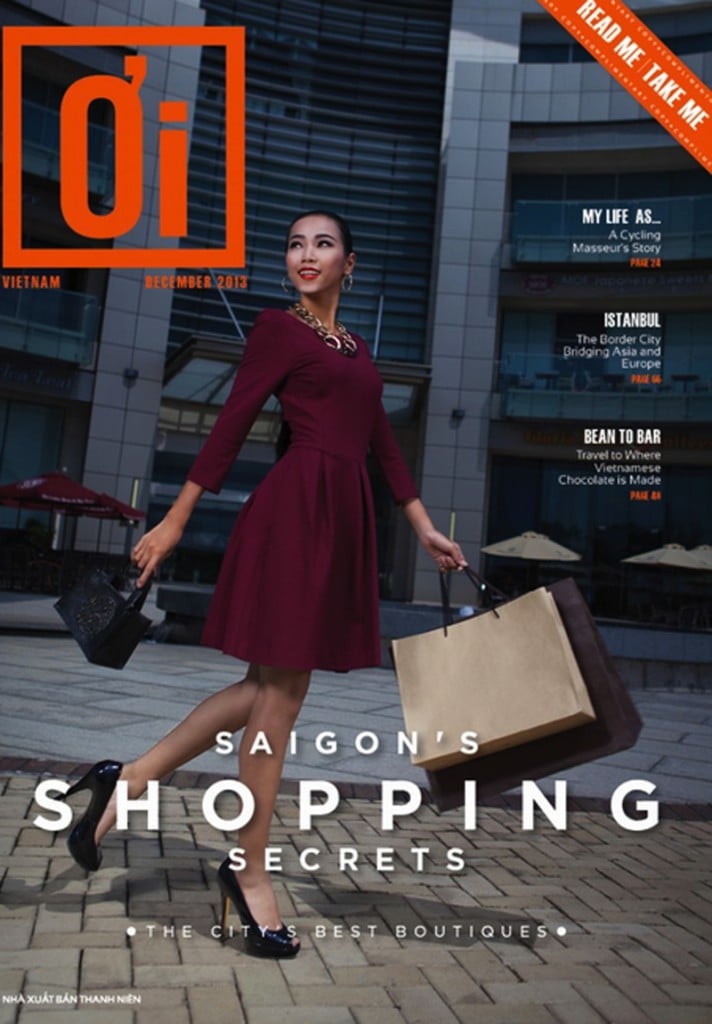 Thankfully, by the time hair and make-up was done on the model and lighting was set up, the shrine was gone and we immediately started shooting the outdoor images. I did a few interior photos, just in case, but there was no way they would be as strong as the outside ones – I was trying to shoot in the small area not obstructed by the stage, and then the lighting started playing up – so I called it a day.

The one we went with for the cover was exactly the way I’d imagined it would be. even her dress was the same color as the café umbrellas in the background, though, so everything tied in nicely. It’s a shot I’m proud to have created.

John & Tran are the owners of a restaurant in District 7 so they’re very busy people and could only arrange to do the shoot for a short time – two hours. Working within this time limit, I had to plan everything perfectly. Within those short two hours, I had to brief both John and Tran on the content and direction of the shoot, do their make-up, style their clothes and ready them for the camera.

Even with all this planning, problems abounded. Ethan, the couple’s son, was a challenge to work with. He’s an exuberant little boy, with a lot of energy! Once we had dressed him up in a traditional ao dai, he couldn’t stop running and jumping around. During the photo shoot, his parents and I had to chase after him, shoot, scramble to pose whenever he stopped for a break, shoot again… and pray that the results would be good. 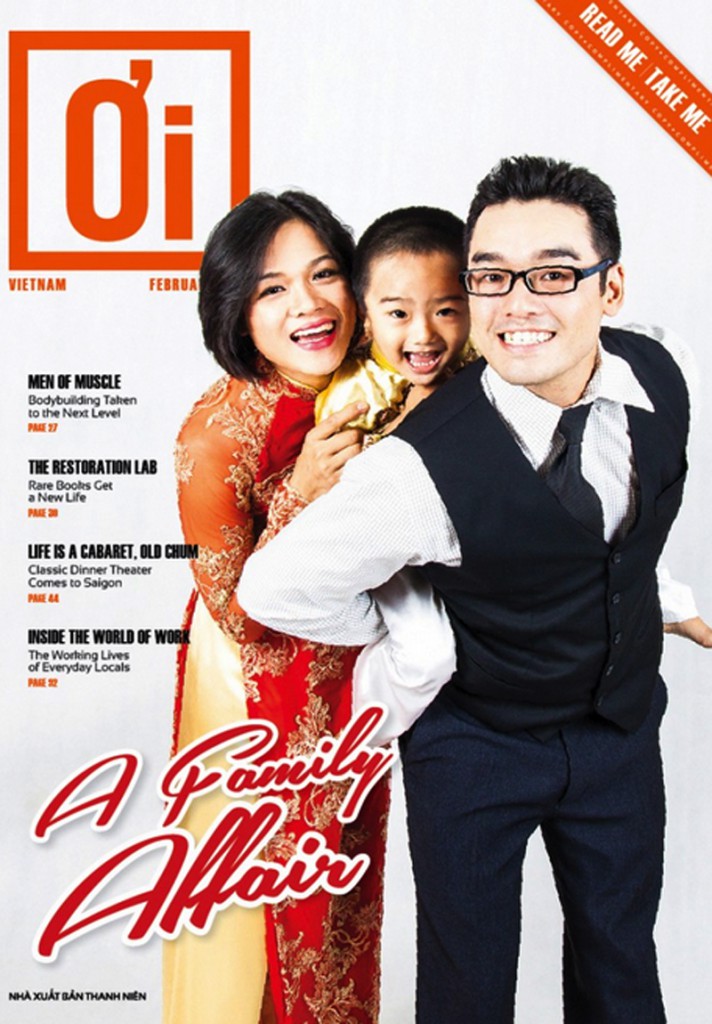 A couple of times when I was just about to press the shutter, he ran out of the frame completely!

During the shoot, Ethan also wanted to do what most kids do – watch cartoons. So we let him watch his cartoons in the hope that maybe he would slow down a bit. But then once the TV was on, he immediately stood still and became expressionless. He was so focused on the TV that he wouldn’t pose despite all of our coaxing.

Eventually, his parents had him sitting between them and I acted like a clown while shooting, getting them to smile and laugh for the photos. In the end, we got the photos and the family looked happy and radiant on the cover.