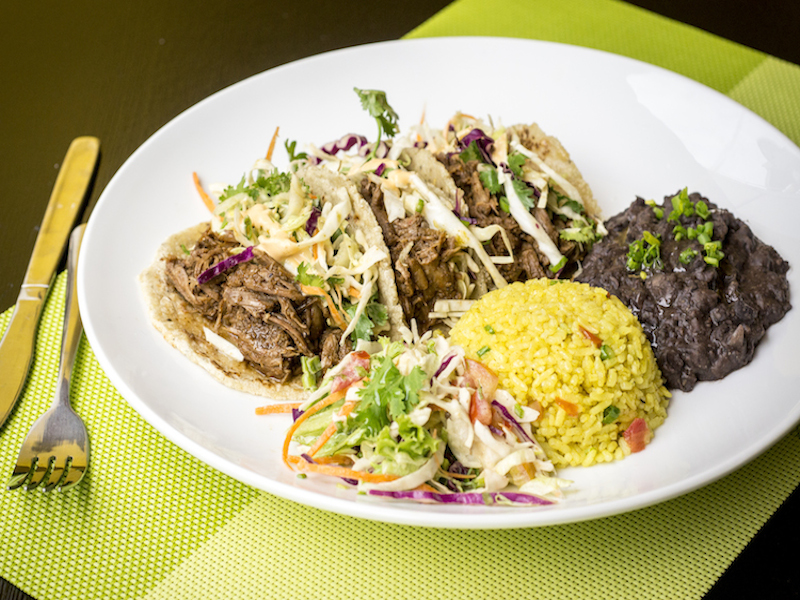 Head for the Tex-Mex border

For anyone who has ever woken up in the middle of the night craving enchiladas.

Dang Thi Nhu is one of Saigon’s rare quiet streets; a place where no one goes. It’s hard to say why, considering that it’s only a 60-second walk from one of the busiest intersections in the inner city – and being just opposite Ben Thanh Market, it’s really easy to find. Maybe no one’s going to lose their way hunting it down, but if you were opening what’s likely to become one of Ho Chi Minh City’s best-loved international restaurants, you’d have to be either substantially confused or a particular visionary to choose this as your venue.

My money’s on the latter, given that husband-and-wife restaurateurs Scott Marquis and Le Duc have done all this before. In late 2011, the couple took a tired karaoke lounge in a small hotel on nowhere street in District 7 and turned it into Scott and Binh’s, a successful go-to venue for Western comfort food. La Fiesta (33 Dang Thi Nhu, D1 | 094 429 1697), focusing exclusively on the Tex-Mex cuisine that has proved to be Scott & Binh’s most requested menu category since their annual Cinco de Mayo promotions began a few years back, is about to see Dang Thi Nhu get busy.

Quietly fronting the restaurant since its understated opening last month, Scott is waiting with the true patience of a chef for this new venue to start sizzling – a sensibility that has characterized his whole business approach. Putting La Fiesta together has been pure culinary work – finding the right ingredients, mixing them all together in the proper quantities and in the correct sequence and then deciding on the perfect moment to turn up the heat. Gradually, the concept unfolded with a focus on those elements that worked best with Scott & Binh’s, including a rock-solid social networking strategy: the couple opened a Facebook page for the venue a full six months before opening night, which will become their primary point of contact for deliveries later on.

La Fiesta’s menu reads like a friendly letter from the cook to the customer that opens with a manifesto and then almost obsessively runs through the list of ingredients for every item on offer. But that’s to the advantage of the diner – in being such a thoroughly well- planned piece, La Fiesta’s already running smooth, and the dishes seem like old favourites from the first bite. 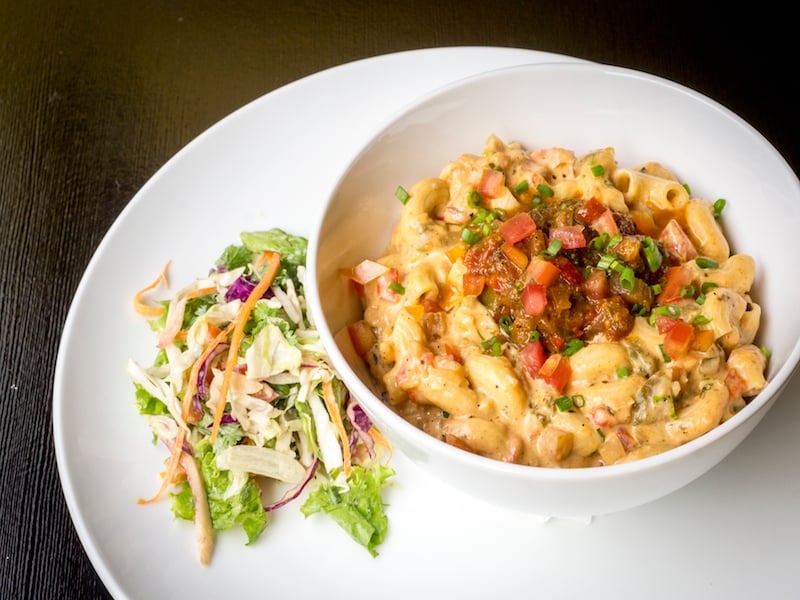 It’s all Tex-Mex: “This is not a Mexican restaurant,” emphasizes Scott. “Real Mexican food is fairly simple. All the cheese, the sour cream and all that stuff, that’s your Tex-Mex – that’s the American influence on it. So this is a fairly traditional version of what you’d see in America, except almost all of the ingredients are made here. All of our corn products come from Saigon Tacos. Only the cheese is imported, the sour cream is imported, the lamb shoulder and the beef cheeks are imported. Other than that, everything’s local. I make everything else.”

Annoyingly, reviewing La Fiesta’s menu proves frustrating – it’s so tasty that by the time I get to thinking about the flavors and textures of each item, I find I’ve already wolfed down the entire dish. Fortunately, my enthusiasm is kept in check by the sheer proportions on the plate. It would probably be unfair of me to recommend that diners avoid ordering a starter or only get a main – but you do need to be warned about the size of the servings. Best advice – come to La Fiesta really, really hungry and be prepared to eat large. 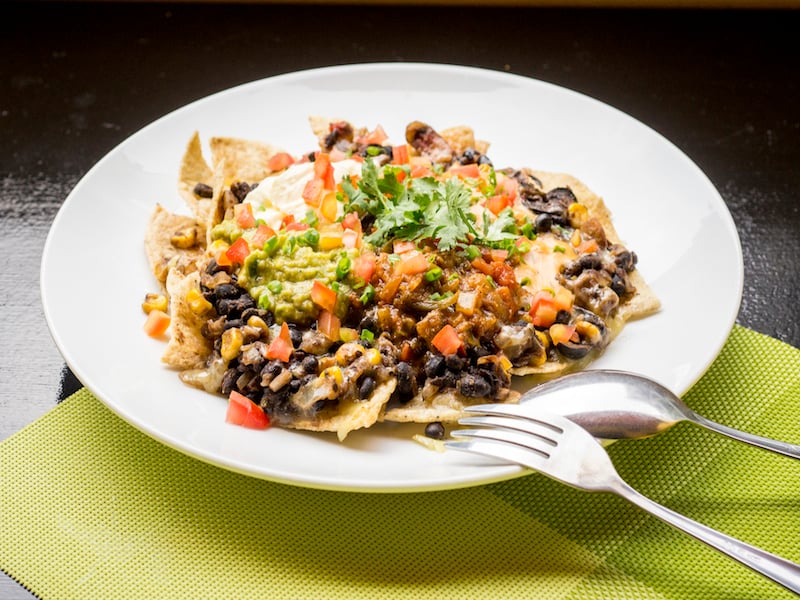 We couldn’t hold back from starting out with the nachos supreme (VND125,000) with a selection of sauces that made an orchestra out of a relatively simple dish – and which would have satisfied us for the night had there not been more to come. We followed the initial crunch with a softer chipotle lamb taco dish (VND195,000) that was surprisingly tender, and we’re not the first to discover it – Scott claims the lamb tacos and enchiladas have already emerged as their best-selling menu items. This didn’t come as a surprise; the meat is easily the best lamb I’ve had in a good long while. The secret with lamb shoulder, he tells us, is to cook it long and slow so that it essentially tenderizes itself with its own collagen. Applied to tacos, this makes the dish easy to chew and taste distinctively wholesome. We matched all this with some icy fiesta margaritas (VND75,000) made with Pepe Lopez gold tequila and Roses lime – which had an immediate impact. It’s worth noting that this restaurant pours a stiff drink.

Electing to be pure gluttons, we continued sinfully on to the queso mac & cheese (VND150,000) which Scott admits candidly, “obviously has nothing to do with Mexico – but it has the flavors of Mexico”. For lovers of queso, a favorite Texan cheese melt with spicy tomatoes, this is the dish that’s going to see diners leaving happy. For good measure, I also take a sample of what’s probably the most Mexican dish on the menu – the huevos rancheros verde, which is essentially eggs on soft tacos with a layer of refried beans. These haven’t been going out the gate so much as the other dishes have, but they should be – with a smattering of cheese on top, they’re something like a Tex-Mex eggs Benedict. 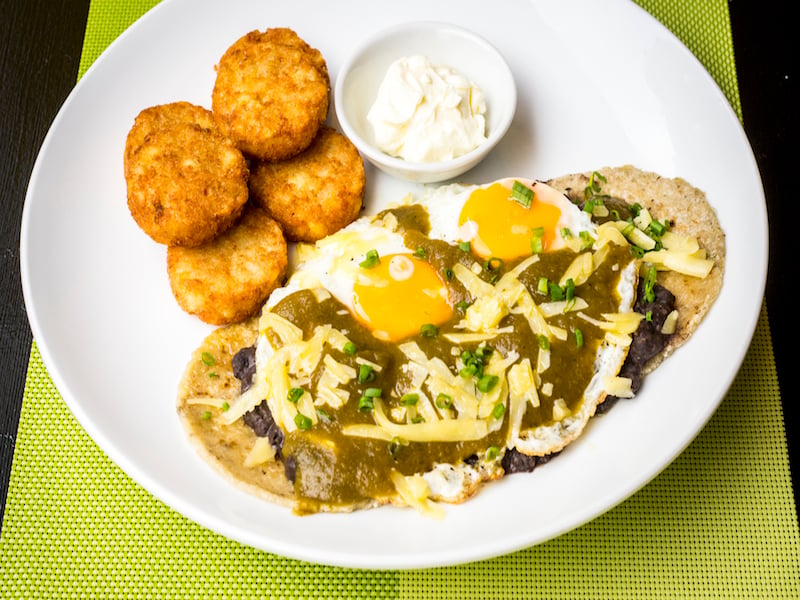 We only just had room for dessert – Scott’s recommendation is a La Fiesta parfait and he enthuses about the contrasts between the hot fudge sauce and the red-skinned salted peanuts, a recipe he’s rather guiltily copied from his favorite soft-serve item from DQ.

It’s probably too early in the piece to say what happens from here for Scott & Duc, but as you might expect, they’ve thought this part through already. He probably shouldn’t mention anything yet, but he does: “Scott & Binh’s is not a franchise-able business model. This one is. I would love to take it to Hanoi, take it to Danang, take it to Hue. It’s five or six sauces, six or seven proteins, rice and beans and salad. It’s just put together in different ways, which makes it simpler for the kitchen. You’d have to find a decent partner in each city, but this one was designed specifically so that maybe in the future, we could take it out of Ho Chi Minh City. I don’t know if it’ll ever happen, but the point is, it can.”

While diners in Saigon will now have the privilege of watching this restaurant make its mark on the local scene, there’s hope that lovers of the cuisine in the rest of the country won’t have too long to wait for their turn. 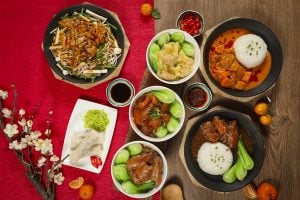 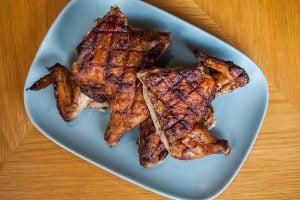 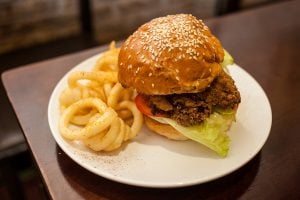 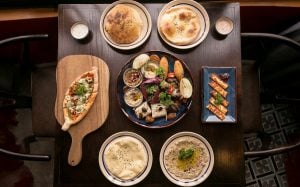 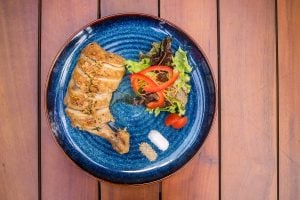 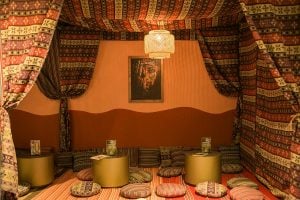