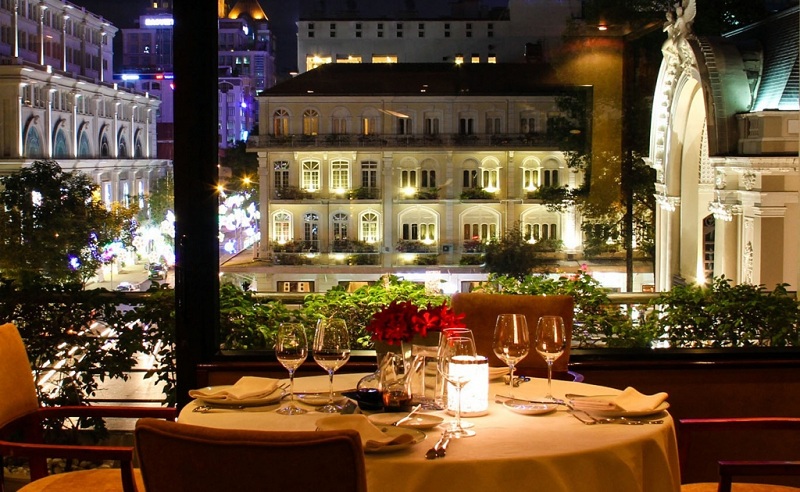 The Magic of Michelin-Starred Chef Nicolas Isnard at the Caravelle

Caravelle Saigon is giving epicureans in Ho Chi Minh City a rare chance to sample the food of one of France’s most talented rising chefs, Nicolas Isnard.

On the evenings of March 22 and 23, Reflections hosts Isnard, the man behind Michelin-starred restaurant Auberge de la Charme, as he prepares a five-course menu showcasing his own interpretation of French-Italian cooking. Gastronomes can also catch a glimpse of Isnard’s genius on March 21, when the Caravelle and Isnard team up to serve a gourmet menu at the prestigious ‘Goût de France’ gala dinner, held in the gardens of the French Consulate.

Isnard hails from the south of France, however he formed his respect for ingredients and culinary foundation in the kitchen of his Italian grandmother. From an early age, Isnard enjoyed innovation and experimented to create his own variations of traditional recipes. His dedication to his craft led him to pursue culinary training, an effort that culminated in an apprenticeship at the renowned Relais & Château. From there, Isnard earned his stripes at several Michelin-starred restaurants, all in quick succession. By 25, he was Head Chef of Auberge de Vieux Puits, which currently holds three stars in the Michelin Guide.

Isnard’s first Michelin star came within just a year of his opening of Auberge de la Charme in Prenois, a project he undertook with his wife Jessica Jean and partners David le Comte and Cecile Sagory. Isnard also authored the book ‘L’œuf’ with le Comte — a cookbook dedicated to eggs containing 30 recipes for transforming this simple protein. His discipline, creativity, and unique culinary voice have brought him around the world, and now, to the kitchens of the historic Caravelle in the heart of Saigon. 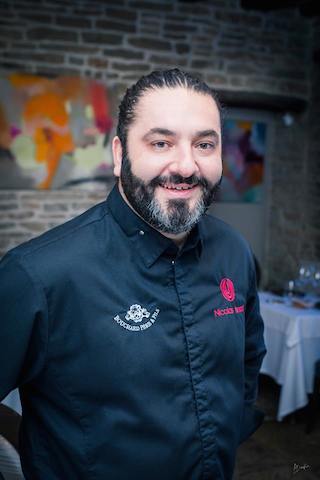 For two consecutive evenings in March, Isnard will present his own recipes to diners at the Caravelle’s atmospheric third-floor restaurant, Reflections. The menu promises a true taste of Isnard’s inventive palate, with dishes such as Isnard’s revisited onion soup, Variations of Onions, and his up-to-the-minute Carbonara 2017. For the main course, Isnard will serve New Zealand lamb cutlets with an eggplant and king mushroom tart, and saffron jus.

“We are beyond excited to kick off this spring with Chef Isnard’s visit to the Caravelle,” said Michael Robinson, General Manager of the Caravelle Saigon. “We know his presence and his cooking will be a true pleasure for our guests, and will elevate the calibre of our fine-dining experience at Reflections.”

Reflections Restaurant is a historic venue with a cosmopolitan outlook. Claiming a discreet perspective above one of the city’s most prominent intersections, the restaurant is a fitting space to reflect on the changing faces of Vietnam. Enhanced by the warm, intuitive service the Caravelle is known for, Reflections aims to create a magical, memorable dining experience every time.

Dinner with Chef Isnard at Reflections is priced at VND 1,800,000++ per person, and the Goût de France gala event at the French Consulate is priced at VND 2,500,000 per person including pairing wines. Culinary enthusiasts who are interested in both events can book their places with the Caravelle at a 10% discount.