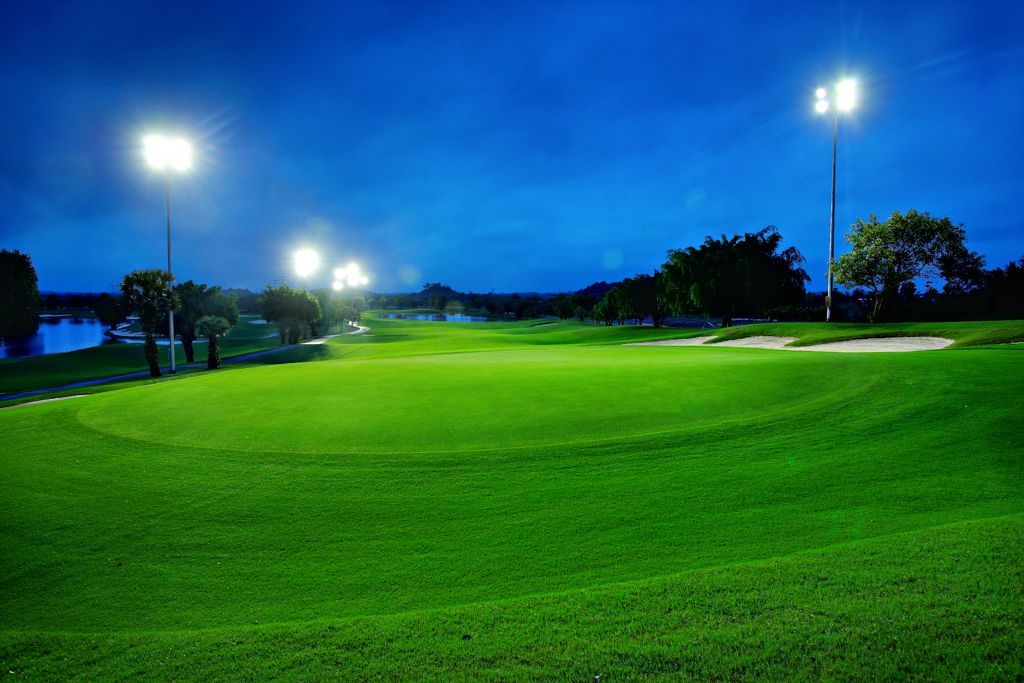 While doing a mini golf tour of courses around HCMC, we learn about the game’s growing popularity among locals

As we all stood in the shelter beside the fourth fairway, huddled together like a group of golfing-attired penguins, escaping the horizontal rain and ear-shattering thunder and lightning, I was reminded of six-time Major winner Lee Trevino’s advice for playing in bad weather: “If you are caught on a golf course during a storm and are afraid of lightning, hold up a 1 iron. Not even God can hit a 1 iron.”

Part of golf’s enduring appeal, and one of the reasons that it is one of the world’s fastest growing sports, is that it is nigh on impossible. Whoever dreamt up a game where you hit a tiny ball into an equally tiny hole several hundred yards away, with a tiny club should be found guilty of a crime against humanity. Add to this sand traps, water hazards and the weather and it’s not difficult to see why every golfer you ask (barring maybe Tiger Woods or Rory McIlroy) would tell you that it can be a deeply frustrating game. However, they would almost certainly then follow it up with a description of the greatest shot they ever hitand it’s those contrasts of elation and despair that make golf so addictive. It’s a love hate game that has been slowly sinking its claws into Vietnam over the last decade with new courses appearing and the number of players steadily growing.

“Five years ago about 10 percent of our membership was local Vietnamese, now they make up more than 45 percent of our 1,000 members,” says Hoa Nguyen Viet from Vietnam Golf & Country Club. “The rest are from Korea, China and Japan predominantly.”

Vietnam Golf & Country Club is probably the closest 18-hole golf course to central Saigon. It’s about 40 minutes by car from District 1 and the first thing that you notice when you turn off the chaotic, dusty road into the gates is the tranquility. In a city with so many people and so little space you can forget how beautiful an area of empty green is. The clubhouse feels new, if not a little sterile. It has all that one can expect from one of Vietnam’s premier golf clubs – wall to wall wood paneling, more free toiletries than any man should need and a conveyor belt to bring your golf clubs out to you. There are two courses, East and West, and they differ greatly. The newer of the two is the Lee Trevino designed East course, finished in 1997. It is a challenging test for an average handicapper, with undulating fairways, water in play for about half the holes and fast, heavily sloping greens. There are fewer trees and the course is more open than the West so you can be a little less accurate off the tee. It’s a good course and each hole has been well-designed so that none of them feel the same. The West is older and more established, with tighter fairways, lots of trees and still a fair amount of water, but easier greens if you can hit straight enough to get there! Both courses are set in beautiful landscaped grounds with abundant beds of ginger lilies and bird of paradise flowers dotting the course, combined with hazy glimpses of the Saigon skyline in the distance. In the UK, golf is often played in an almost somber environment, everyone following stuffy rules of etiquette and speaking in whispers. In Vietnam people seem to enjoy the game more, having more fun and making it a social event – as it should be.

If I were to describe the journey down QL 51, on my way to Long Thanh Golf Resort, as anything even approaching fun, I’d be lying. A lot. Riding for an hour and a half on a motorbike along one of the dustiest and busiest industrial roads at rush hour probably wasn’t the best way to prepare for a sedate round of golf. However, by the time you arrive at the clubhouse you’ve been driving for 10 minutes through copious woodland, punctuated only by some of the biggest villas I’ve ever seen in Vietnam, and the horror of the drive seems a distant memory.

The clubhouse is set on top of a hill with glorious views out across the countryside and the Lake course, set down in the valley. The club was opened in 2004 and has two 18-hole courses, the Hill course and Lake course, with plans for another one, in addition to more houses, a hotel, a hospital and schools. The Lake course is an open, almost parkland style course, but with an Asian twist. As the name suggests there is a lot of water, as the Dong Nai River snakes its way menacingly throughout all 18 holes, so expect to lose a lot of balls. The par 3 132-yard 16th hole plays to an island green and, while short, is not for the faint-hearted. They deserve an award for the level of creativity applied to the topiary on the course alone with huge green 20-meter long dragons guarding the bridges. The Lake course is immaculately kept and a testing round of golf, but it is the older Hill course that steals the show. Thoughtfully cut out of the undulating hillside it complements the contours of the land, with sudden changes in elevation from hole to hole. As you play, it’s very easy to forget the hassle of the city, hitting your ball around (or in my case, repeatedly into) pines and palms, up hills and over lakes. It’s one of those courses where you feel a tinge of disappointment when you realize that you’ve reached the 18th. 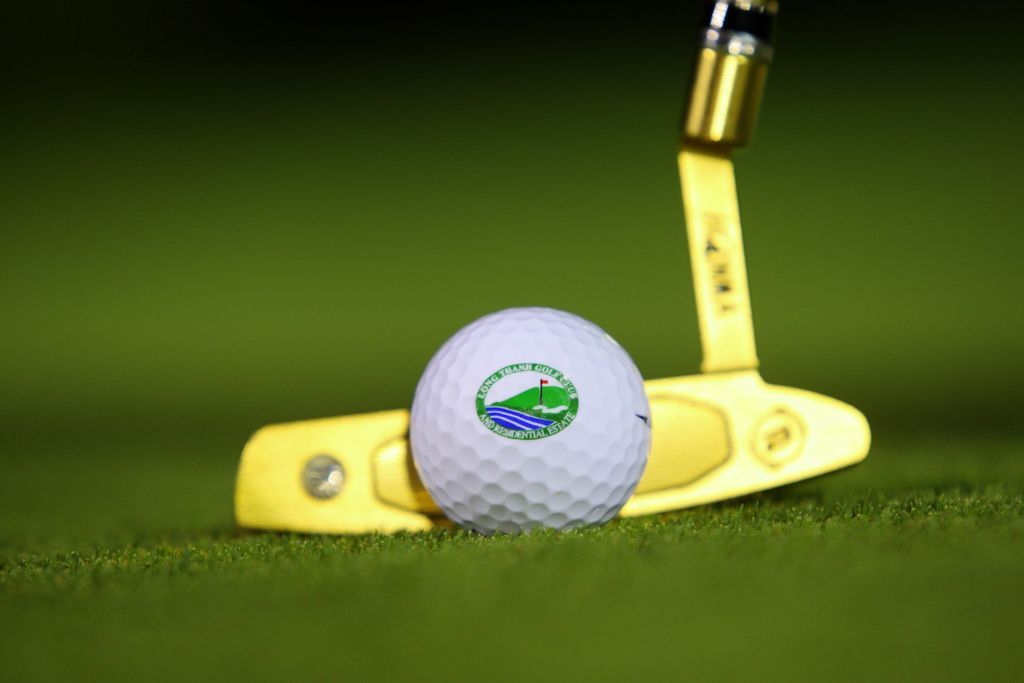 Golf for the Masses

What I noticed on both the courses that I’d played was a lack of children or younger players; in fact, I didn’t see one. Golf has been growing in other countries as kids take up the game inspired by seeing their national heroes win titles (and millions of dollars) on the world tours. If you go to most golf courses in the US, China or Europe there will be lots of garishly dressed 14-18-year-olds playing golf.

Nguyen Huu Thanh, the Deputy General Director of Long Thanh Golf Resort, explains how the game has developed. “In the beginning only a very small number of Vietnamese played golf; it was mostly Korean or Taiwanese expatriates. Gradually the game became more popular, but it is very expensive and Vietnam is a poor country.”

Now a third of the 1,000 members are Vietnamese but there are still only a few younger members and Thanh would like to see more done to encourage children to take up golf. “The Vietnam Golf Association wanted to build one or two golf academies last year, but that hasn’t happened yet. We want to have golf academies in Vietnam. At the moment members send the children abroad to learn,” says Kang Seung Kyun, the Golf Operation Manager at Taekwang Jeongsan Country Club, the newest arrival on the Saigon golf scene having opened just a year ago.

“There needs to be more practice ranges near the city, but land prices are so high that investing and breaking even are difficult. In Vietnam there are currently 27 courses and perhaps 5,000 people play golf. In Korea there are 500 courses and a golfing population of 3 million. In Korea the government rents vacant land cheap for practice ranges and golf is taught more in schools and universities.”

Kang is clearly very passionate about the game. He was a pro before taking up his current role, and his corporation has invested USD45 million building an 18-hole golf course on Ong Con Island in the Dong Nai River.

I began the day waiting at Bach Dang Pier before being picked up in a speedboat and whisked 25 minutes along the river to the golf course jetty. If my journey to Long Thanh was a challenge, this was anything but; charging past all the barges across the murky waters was the perfect way to get in the mood for a round of golf. For the first five holes Jeongsan felt (and played) like a links course, exposed to an increasingly strong wind as the heavy black rains swept in behind us. After the thunder and lightning subsided the course revealed itself to be an extremely well-designed and challenging course with blind tee shots, a good mixture of water and sand and a finishing hole (long par-5, blind tee shot, water down the left and bunkers right. Joy.) that would make it worth the green fee alone.

It is estimated 57 million people play golf around the world, and if Vietnam is going to add to that number, then as the game expands it must find ways of making golf more affordable and accessible to as many people as possible. Jeongsan has a weekday rate for 18 holes of VND483,000 including caddie, and both the other courses have discount deals, but perhaps cheaper public courses might offer a way forward.

“All of the caddies and staff at our club can play for free,” says Kang. “I’m hoping that we can get a good team together and make the Vietnam golf team stronger.”

It might be 10 years before there is a high profile global professional Vietnamese golfer, but in the meantime perhaps I should listen more carefully to what my caddie tells me. 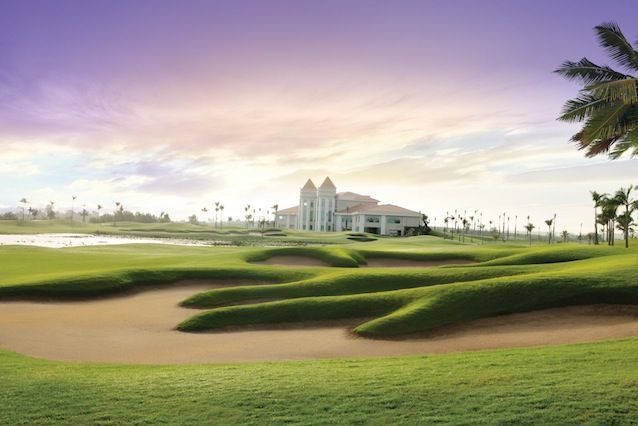